“Stick to the classics, and you can’t ever go wrong.” – Alexa Chung

The word classic seems to be tossed around a lot, sometimes undeservingly so! So what exactly is a classic? The dictionary defines it as  something that is “judged over a period of time to be of the highest quality and outstanding of its kind.” Well, in that case, I can think of two things that qualify as a classic – the Star Wars movies and Crocs footwear! And when the two come together, you get a double classic in the form of the Crocs Disney Star Wars Collection!
Contents hide
An Evergreen Movie and All Weather Disney Star Wars Crocs!
Get Two Classics in One with the Crocs Disney Star Wars Collection!
Perfect for gifting

An Evergreen Movie and All Weather Disney Star Wars Crocs! 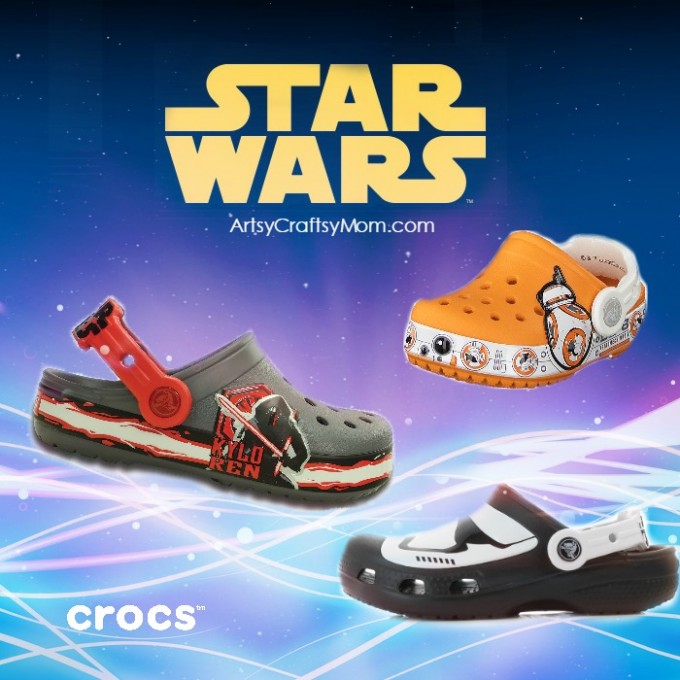 The Star Wars universe has been around since 1977. Since then, there have been nine movies based on it, with a tenth one, ‘Rogue One: A Star Wars Story‘, hitting theatres this Friday, 16th December. Of these, seven have been nominated for or won Academy Awards and the characters – Kylo Ren, Storm Trooper, BB-8 are so popular! Then there’s a huge world of Star Wars TV shows, books, comic books, collectables and computer and video games. Almost 40 years old and still going strong – if that’s not a classic, what is?
The Crocs footwear range is another example of an evergreen brand. It was first revealed at a boating show in Florida in 2002. But it was in 2004 that Crocs made its big change – securing the rights of CrosliteTM.

CrosliteTM is a foam resin that adjusts to the wearer’s feet, leading to a number of podiatrists confirming it’s health benefits. Since then, Crocs rose in popularity, gaining approval from the U.S. Ergonomics company and the American Podiatric Medical Association.
Crocs have been spotted on the feet of former President George W. Bush, First Lady Michelle Obama and even little Prince George!
They became so popular that numerous imitations entered the market – as it inevitably happens with any classic! But don’t fall prey to them! Other duplicate footwear like Crocs are made from harmful materials that cause various infections and also produce heat. This will adversely affect your foot skin while Crocs won’t.

Get Two Classics in One with the Crocs Disney Star Wars Collection! 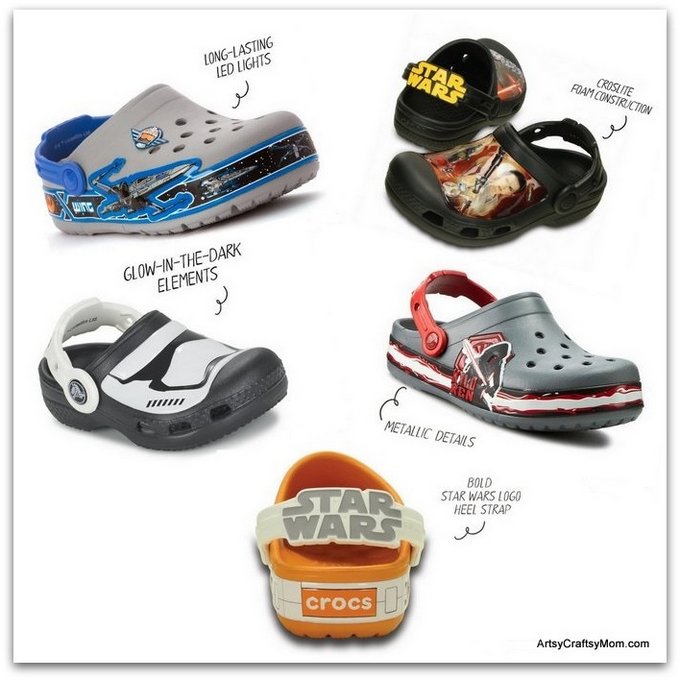 This time of the year is usually tinged with a certain electricity in the air. The New Year is approaching, and it fills our hearts with hope and excitement. There is always something therapeutic about new things, whether it’s a new pair of shoes or a new movie! This seems to be the perfect occasion to mix an old classic with the new – get a brand new pair of Crocs Disney Star Wars clogs, complete with flashing lights and metallic elements. Now all you need to do is to catch the latest Star Wars movie on 16th December!

It’s the season of gifting, and we can’t think of anything better than an evergreen, all season pair of shoes for the whole family! With so many colors and patterns in the new range, you’re spoilt for choice! And to make things better, there is now a festive special offer on the Crocs Disney Star Wars Collection!

Spend for Rs 2,495 – Rs 2,995 and get a Crocs projector watch worth Rs 699 – free! If you spend Rs 3,495 and above, you get a Crocs hamper worth Rs. 1,299 for free. The hamper contains a watch, a pair of sunglasses and sipper – awesome! Do check out the terms and conditions to know more.
Looks like you’re all set to welcome the New Year in classic Crocs Disney Star Wars style! With a great movie, new shoes and lots of free gifts, we can’t think of a better way to wind up 2016, can you? 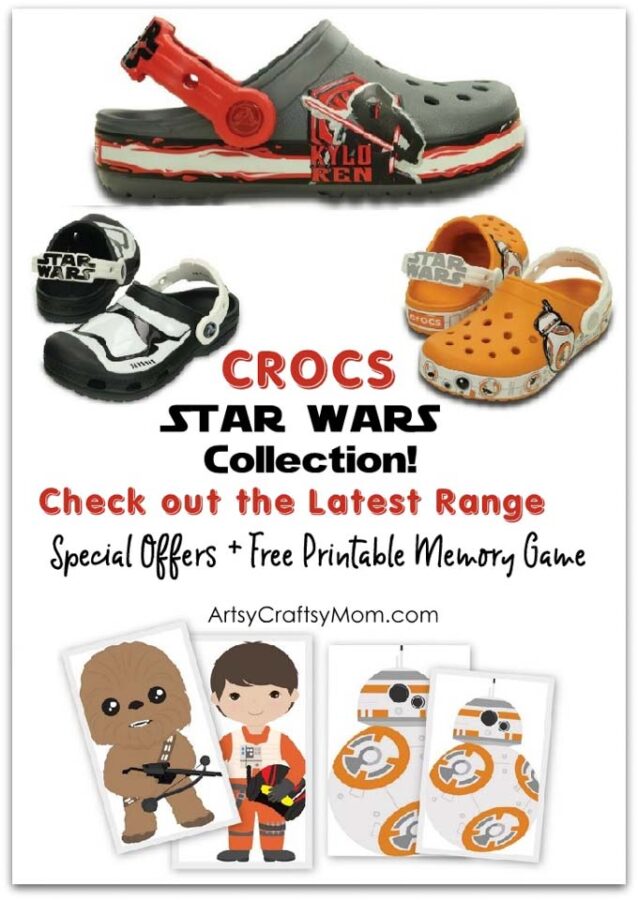 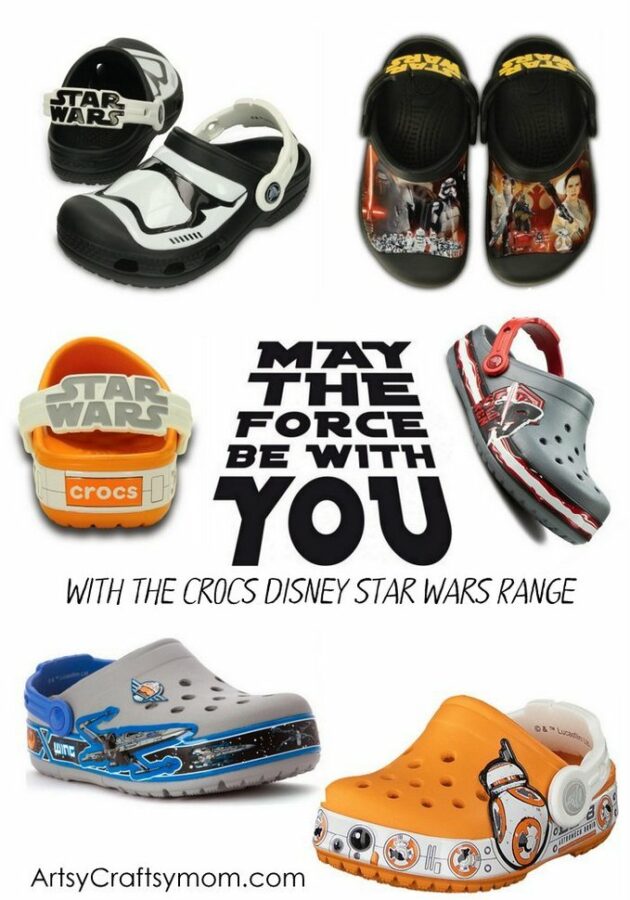 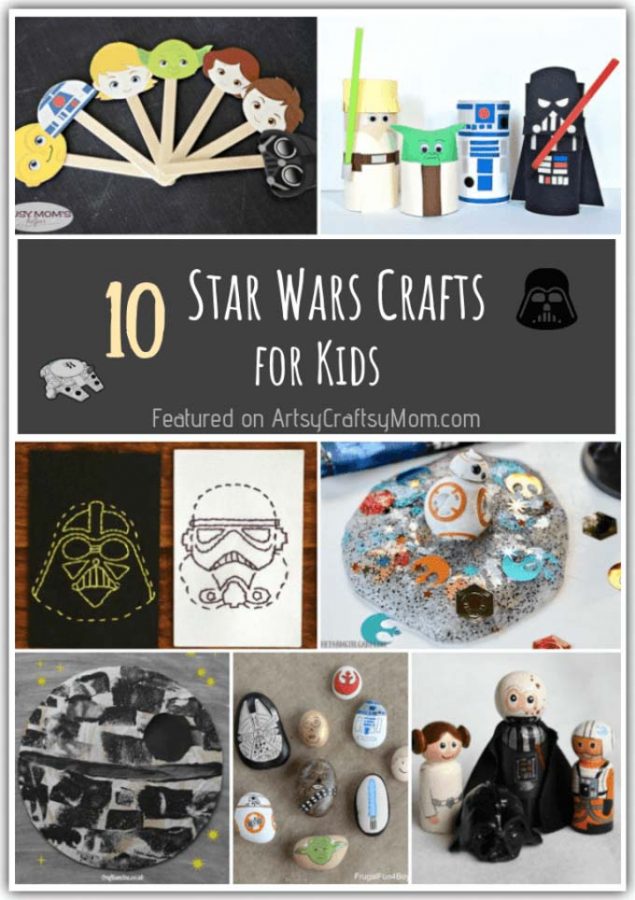 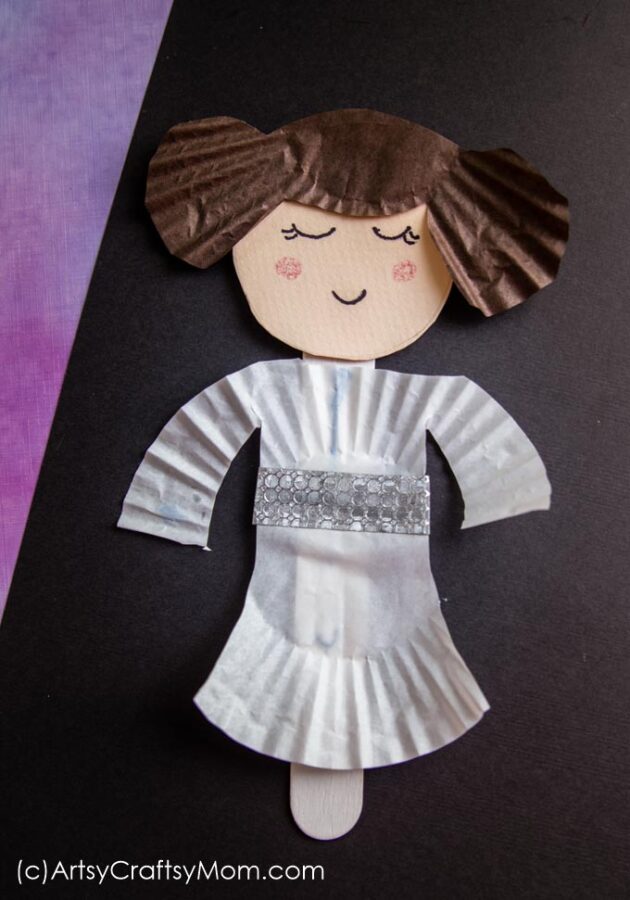