I’ve mostly grown up in metros and had working parents doing equal chores in & outside the house. We’ve had people of all religions, caste, status enjoy a meal at home.. and both me & my sister have been brought up with no special importance given to our MCs. While PC was brought up in a very religious, town home and had the luxury of a stay at home mom.. The equations are very different.

When we got married, I was naïve to think nothing would change. Of course a lot changed, the boyfriend of 5 years turned into a husband, the in laws came into picture. It was new, it was exciting, and it was quite a challenge too. Both of us expected our spouses to behave like how our parents behaved. I think it was natural to expect so. Somewhere along the way we both figured out what works for the two of us… what are the boundaries we should not breach. It helped that my parents & in laws stayed in different cities and our interaction with them was mostly on holidays.

Why am I telling all this?? . Lately, I’ve been thinking more and more about them moving in with us sometime in the near future. Of course they would prefer to stay in their town till they are both able to manage on their own. But another 3 years or so and I would also like to have someone elder around lil P & they would like someone younger around them to take care of them.

Now comes the tough part.. MIL is very religious & I am not. It is just not about worshipping.. Its abt not touching anything (including my husband) during MCs.. It’s about treating the servant differently.. It’s about having religion, caste, creed or whether they are veg or non-veg in every conversation.How my parents behave or should behave…. Some simple to adjust.. Some unchangeable!

I know, most D-I-Laws would not be too popular with their MILs but how do you adjust?? How do u ignore the things that irritate you? How do u retain your privacy and yet enjoy the togetherness?? Hmm… maybe only time will tell.. 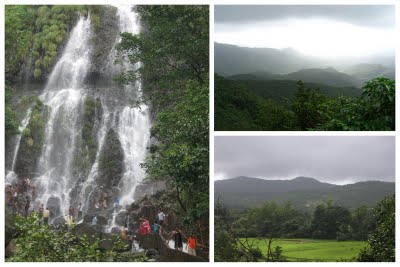