This Toilet Paper Roll Elf Craft is one of the easiest crafts kids can make this Christmas time! Add some string and turn it into an ornament!

When we think of Santa’s workshop, we have images of large rooms paneled with wood, a fireplace burning in a corner, and several tables with elves busy at work. That’s quite a pleasant image, (also because you know this will end in toys and gifts), but how did all this come to be? Did anyone really visit Santa’s workshop?

Well, it seems this image originated in the 1800s, when an American women’s magazine published a picture on the front cover of its Christmas issue, featuring Santa surrounded by elves working on toys. The image became hugely popular and artists began making their own versions of it, and the rest, as we know, is history!

That magazine cover has become a part of kids’ Christmas dreams, and an important person in those dreams is the hardworking elf! So today, we honor this little guy with an adorable little toilet paper roll elf craft that kids of all ages can make. 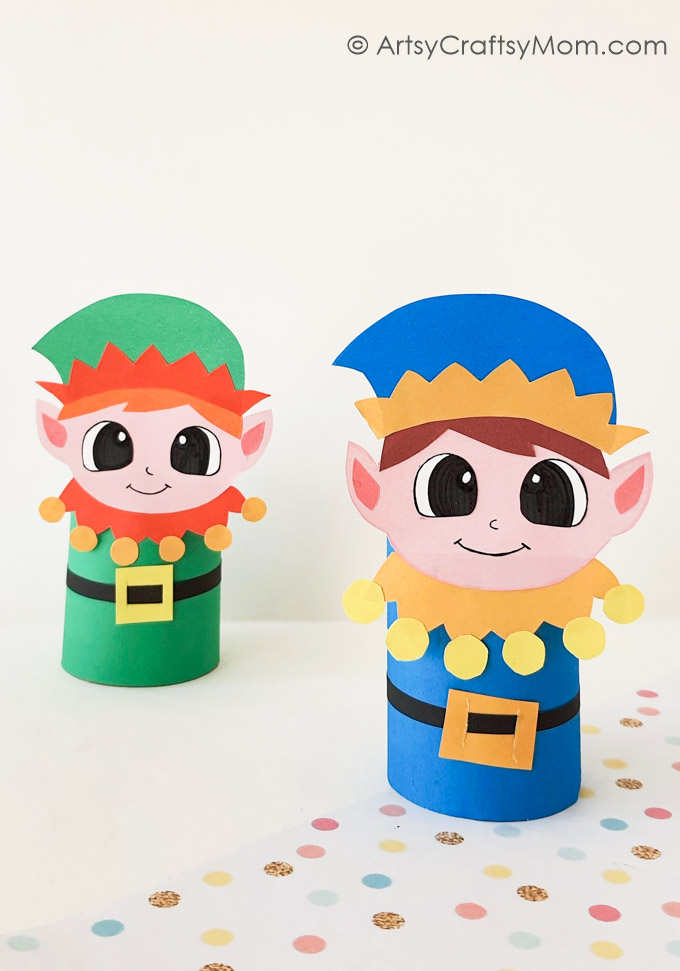 How to make the Toilet Paper Roll Elf Craft:

1. Download and print the toilet paper roll elf craft template. The template includes parts of the elf, like the face, ears, hair, hat, collar, and belt. 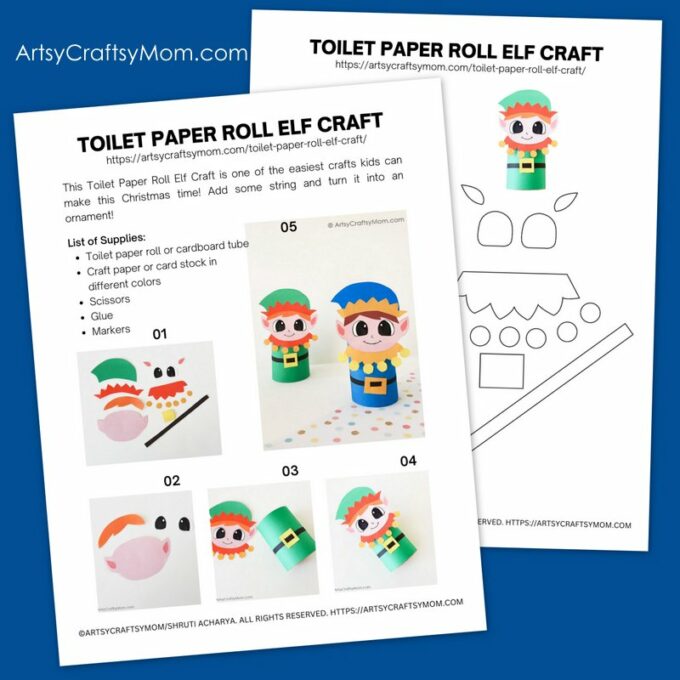 2. Trace the parts onto craft paper of the appropriate colors and cut them out. You can have green or red elves as is customary, or you can be a rebel with blue and purple! 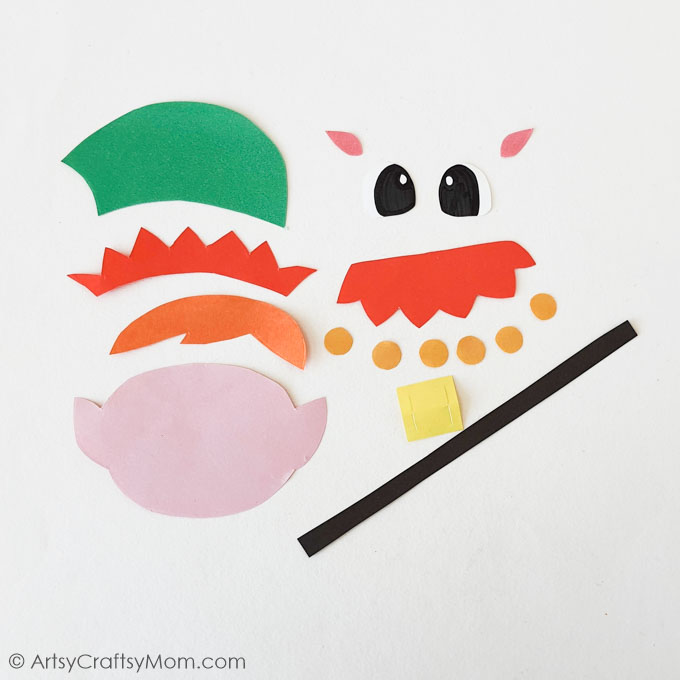 3. As always, it’s good to start with the face! Stick the inner ears in the right position on the elf’s face. Use your markers to draw some large eyes on white paper. The bigger, the better! 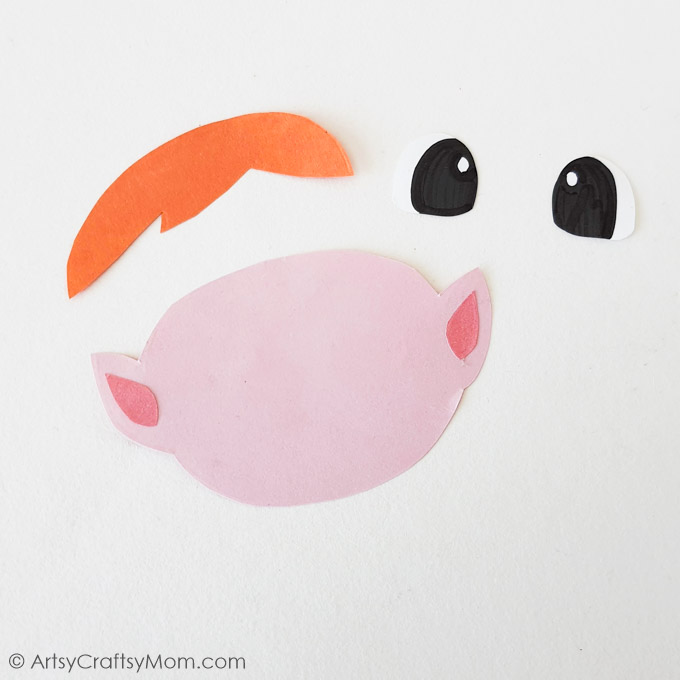 4. Stick the elf’s hair on his head, and the eyes in the middle of his face. Go ahead and add a cute little nose and smile.

5. Now let’s begin work on the outfit! Stick the ‘frill’ of the hat at its base, and glue it on the elf’s hair. Assemble the collar too, sticking the little circles on the pointy ends. Then attach this to the bottom of the elf’s face, so that it sticks at the back. 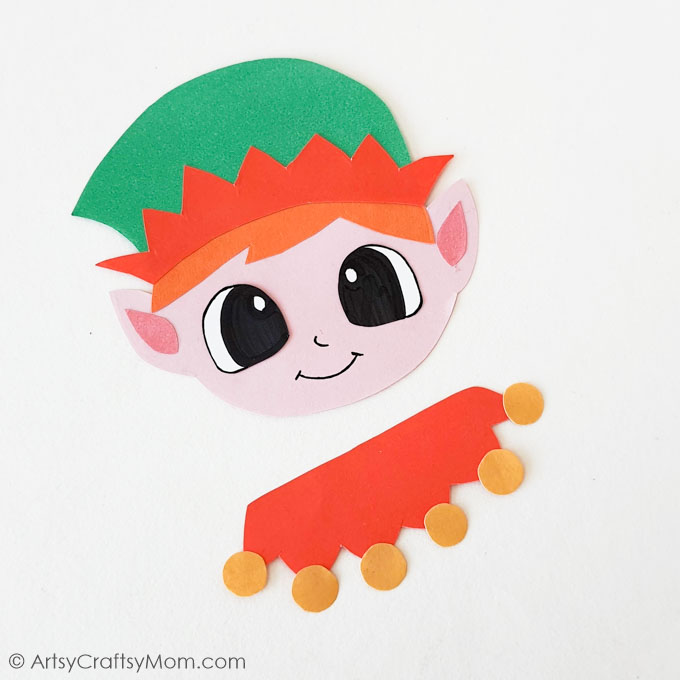 6. Let’s set up the body of the elf. Wrap the toilet paper roll in plain craft paper. If you want to make your elves really whacky, you can also opt for paper that has a Christmas-theme print on it, like snowflakes! 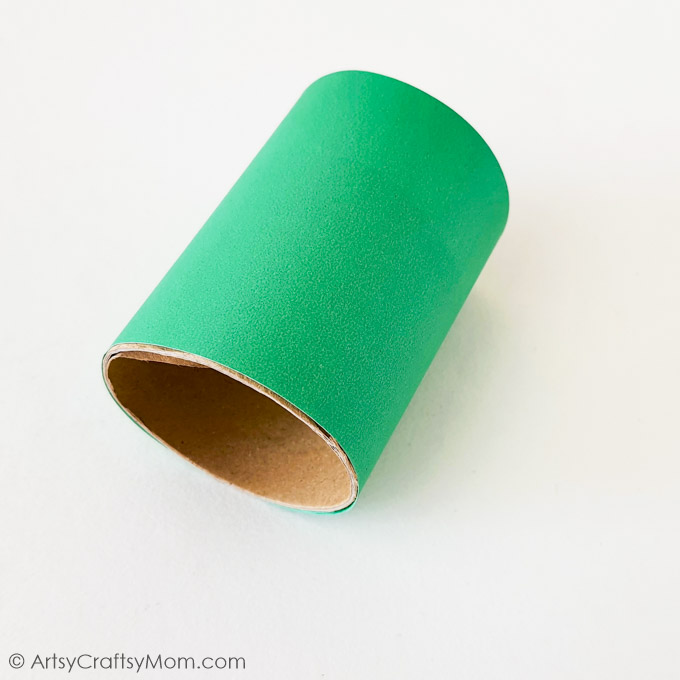 7. The roll looks unfinished, doesn’t it? That’s because it’s missing a belt! Make two slits in the buckle, and thread the belt through them. Now stick it on the body of the toilet paper roll elf craft. 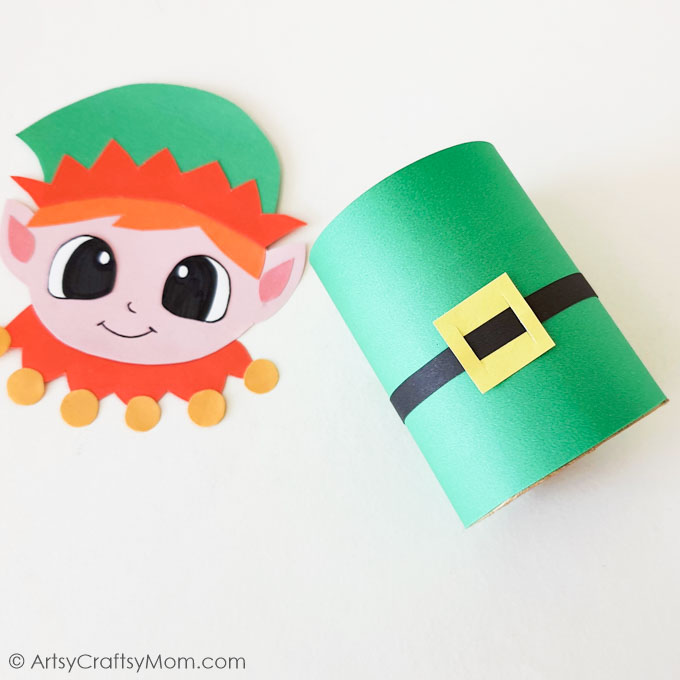 8. Almost there! Just stick the elf head on the front of the body, and your toilet paper roll elf craft is ready!

7. Now all that’s left to do is to create more elves in different colors so you have an entire elf army for Christmas! 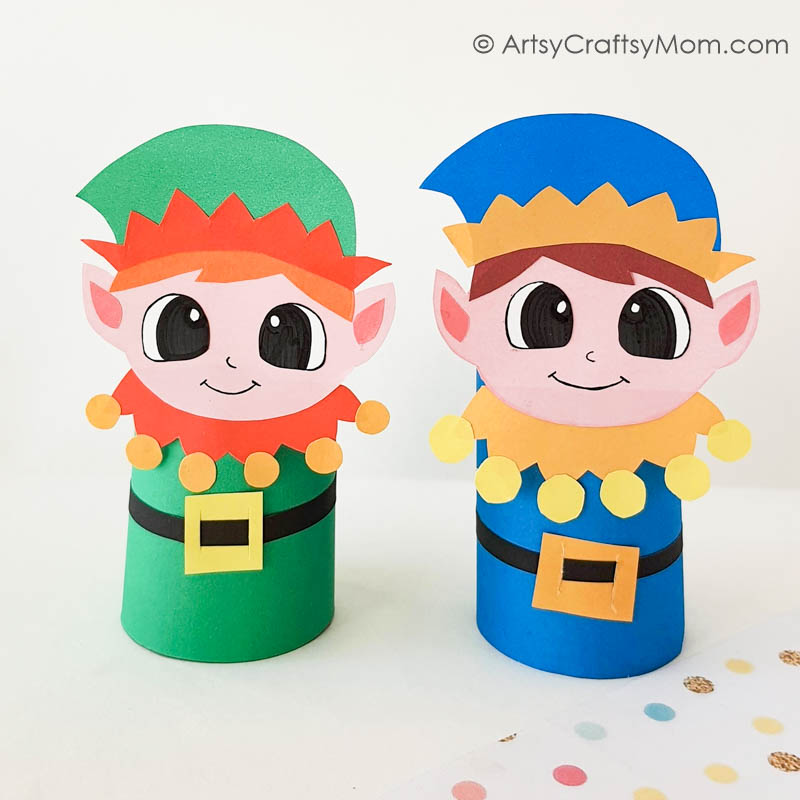 What I love about this toilet paper roll elf craft is that you can make all kinds of elves, varying different aspects of the craft each time – the hair color, the outfit color, and the facial features. You can make them really kooky by experimenting with jumbo googly eyes in place of the paper ones!

You can easily turn this into an ornament, as we’ve done with our Cardboard Tube Santa craft. It can also act as a makeshift pen holder for your desk. If you’re creating a rather large Christmas diorama, these elves can also be workers at Santa’s workshop! 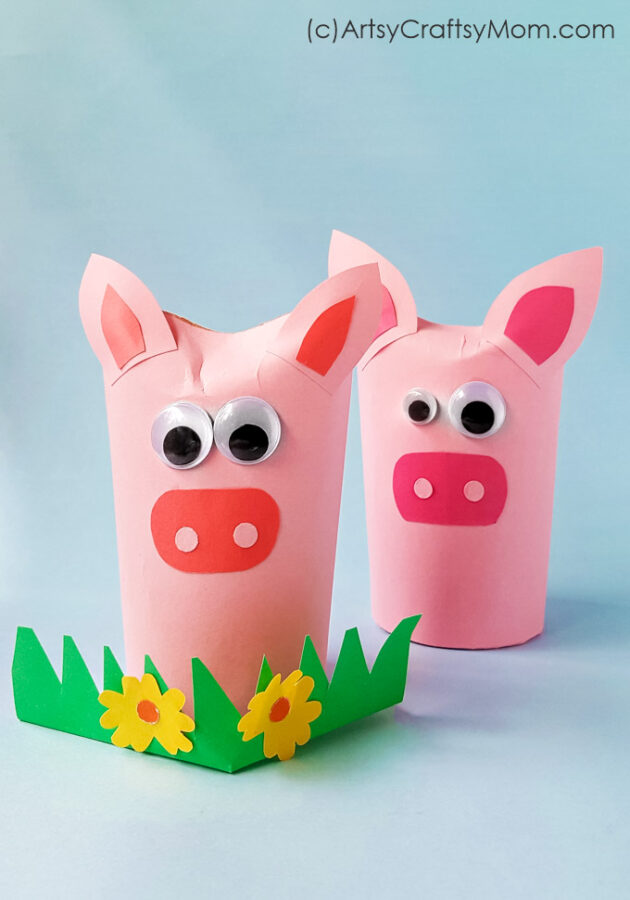 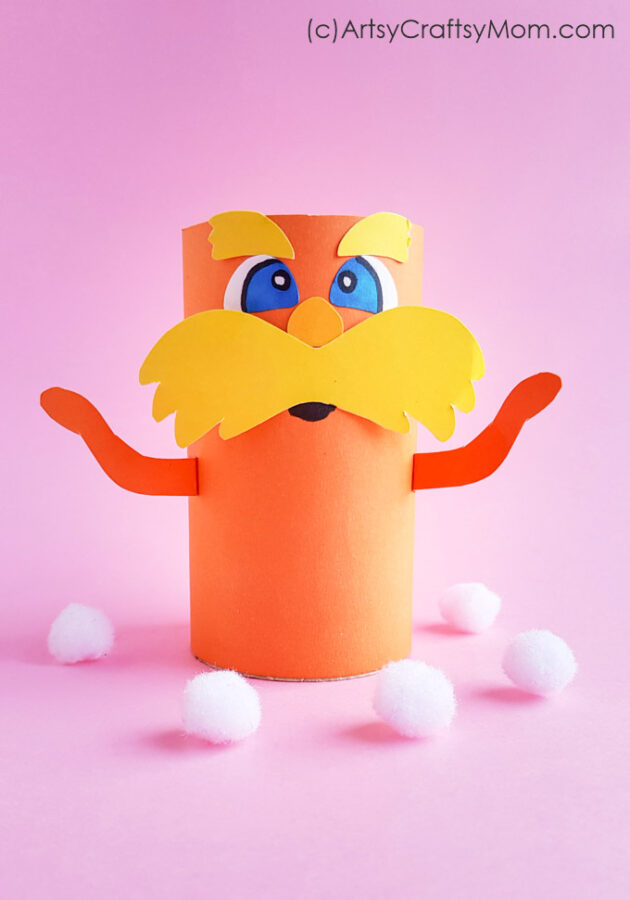 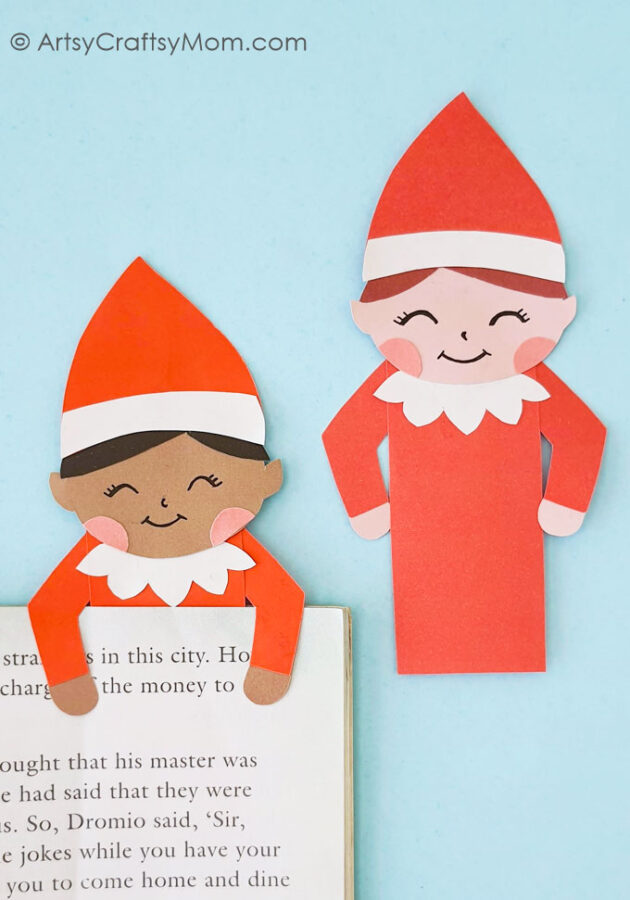 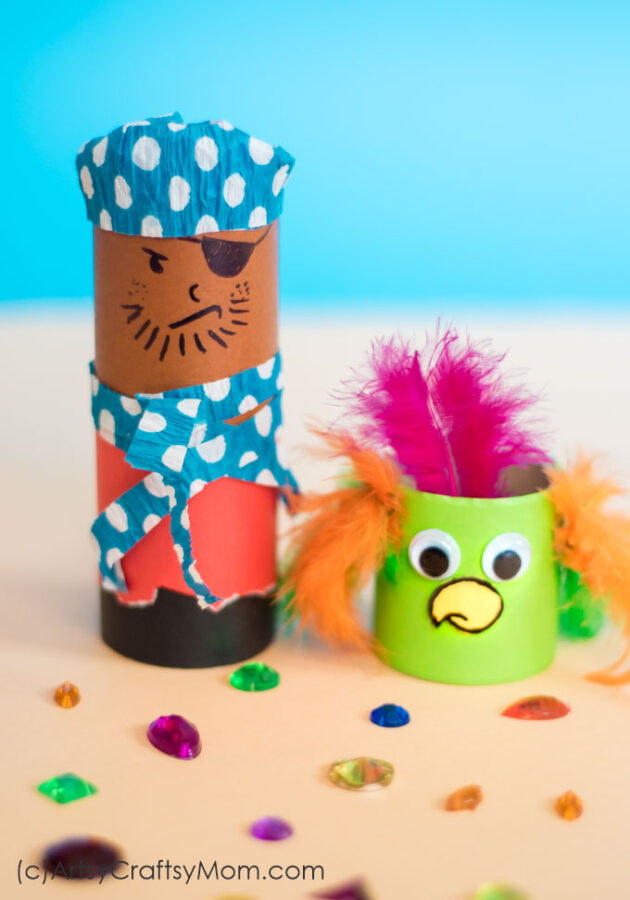