The theme for this weeks craft class was “Ice Cream”. Given that this is also the theme for the Artsy-Craftsy Challenge, I just couldn’t resist. Our first craft of the day was 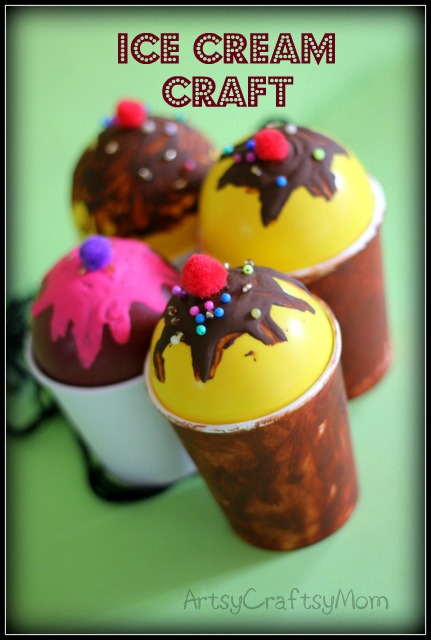 Shoot the icecream balls with the launcher and try to catch them as they fall back into their cones. Test your reflexes.

.Movement precision, .Control of own body, .Spatial coordination, .Sporty spirit, .Respecting the rules of the game

I had leftover paper juice glasses the kids had used earlier, which I washed and kept aside for one such craft activity. Puffy paint , wool, sequins & pom poms were bought from the itsy-bitsy store. The plastic balls were bought from a local toy store. Made a hole at the bottom of the plastic ball and tied (stringed in) a woollen string. Tied the other end to the bottom of the paper glass (from the inside). Make sure the yarn is at least a foot long between the two ends. 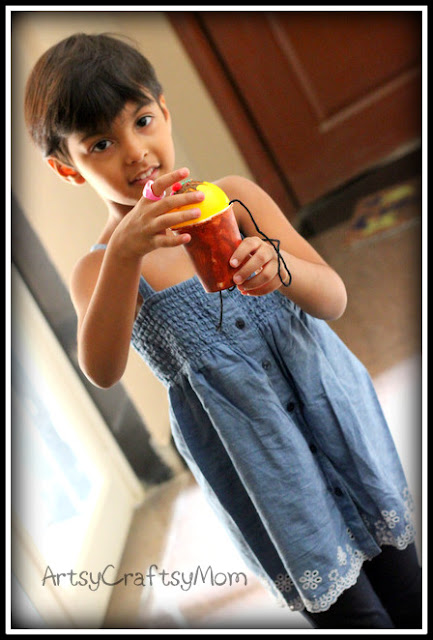 We decorated our ice cream using chocolate coloured puffy paint, a red pompom cherry & colourful beads. While that dried, we coloured the paper cone brown and our Ice cream game was ready to be played with. 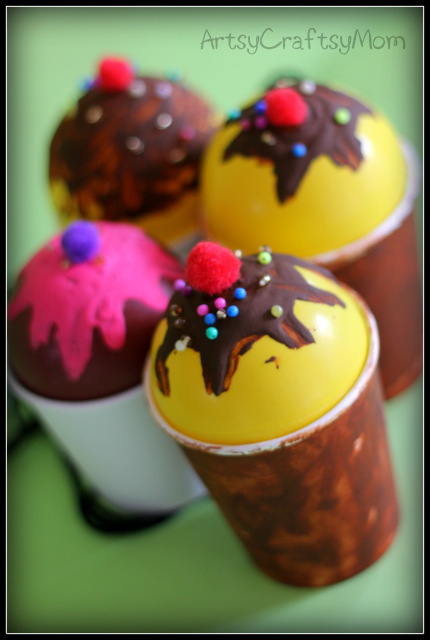 The kids had a gala time throwing up their ice creams scoop (balls) and trying to catch them in their cones. 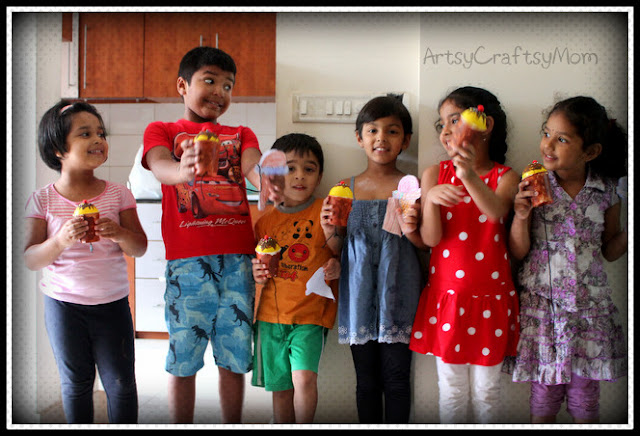 Our next craft was rather simple. I made ice cream shaped cutouts on paper and asked the kids to color it in their favorite flavor. It was amazing to see each one’s creation. Lil P made the strawberry cone with cherries and her friend made a rainbow ice cream and cone. Love their imagination. Couldn’t take a pic of all the crafts (and kids) as it got a little late today.
. 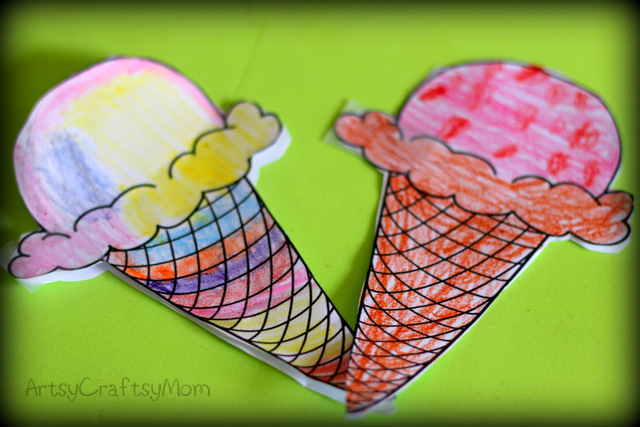 Here’s the pic of all of them crafting and giving me cheesy smiles :p
Aren’t they a pretty lot? 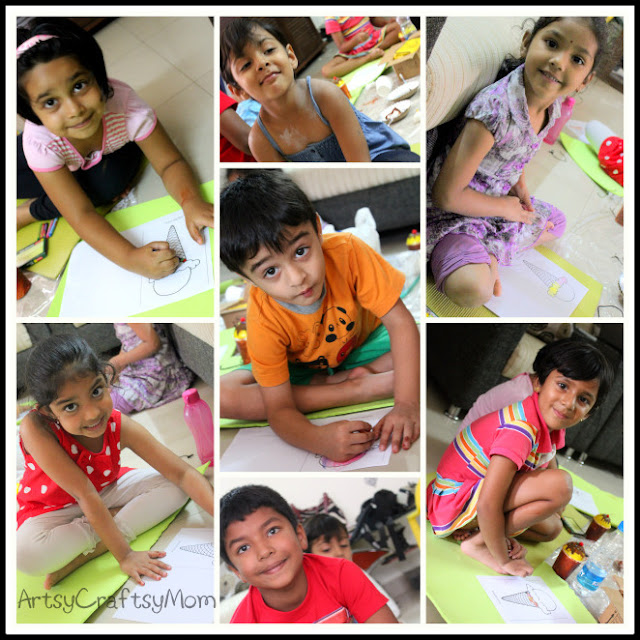 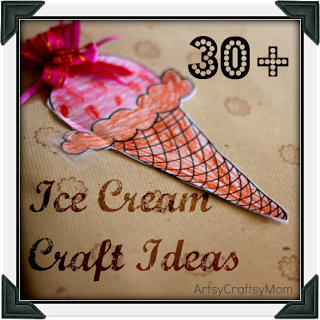 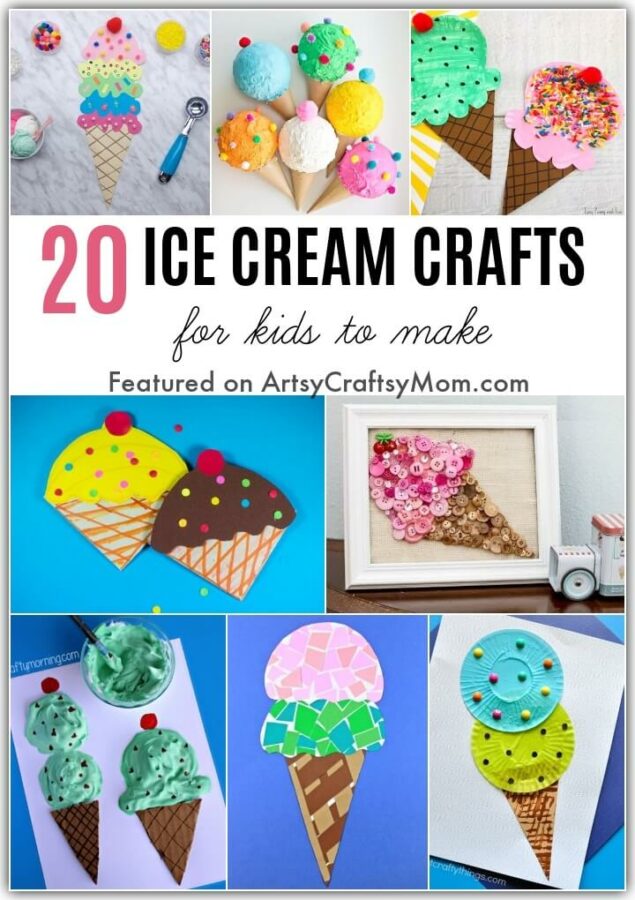 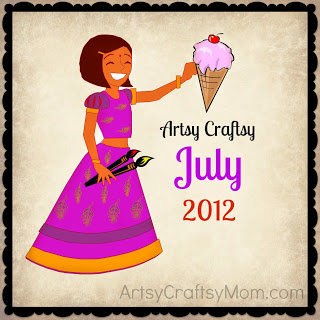 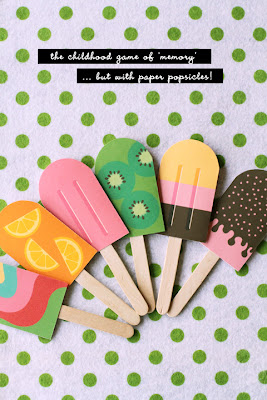