Explore Fibonacci day with these STEAM activities – a list of Fibonacci books for kids, art ideas, and a fun video for kids to learn and enjoy. 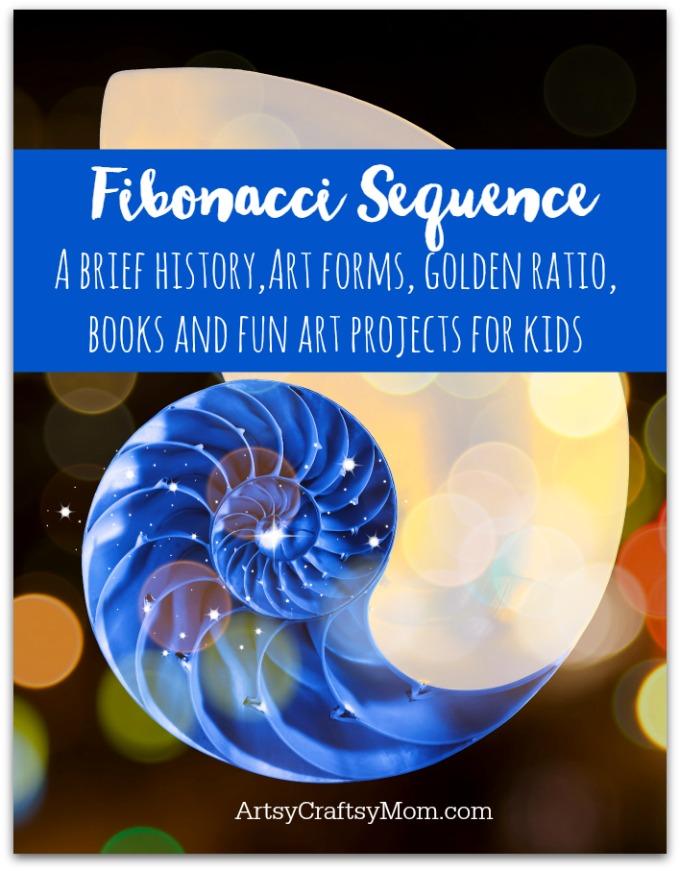 November 23rd is celebrated as Fibonacci Day the world over! For most of us, Fibonacci is just a series of numbers in a pattern, that we learned at school. But what is Fibonacci, or essentially WHO? was Fibonacci – very few ponder. Today we are going to take a little dip in history and understand who Fibonacci was, and why is Fibonacci Series so popular and what else did Mr. Fibonacci figure out?!

Before that, check out all our Math Art & Craft projects for kids

So who was Fibonacci?

Fibonacci is today eternally known for a Single Sequence of Numbers – The Fibonacci series. And it is amazing to note that this sequence of numbers was, in fact, a solution to a mystery, a problem which was mentioned in his book Liber Abaci!  The problem in itself was the breeding of Rabbits. Funny right? Well, it is NOT, it is intriguing!

At the beginning of the year, if there were only two rabbits

Voila! they follow a sequence, a sequence that immortalized Fibonacci in our world.

And why is the Fibonacci sequence important?

Lots of Geometric shapes found in nature and Art are related to the Fibonacci Sequence. Fibonacci numbers do actually appear in nature, from sunflowers to hurricanes to galaxies. Sunflowers seeds, for example, are arranged in a Fibonacci spiral, keeping the seeds uniformly distributed no matter how large the seed head maybe. This helps them harness the Sun more efficiently!

If you thought that the Fibonacci sequence was a manmade consequence, then you are terribly wrong. The most important and relevant fact about the sequence is that it is EVERYWHERE in nature.

Nature By Numbers: Fibonacci Sequence Animated In Stunning Video Will Take Your Breath Away via – Educate Inspire Change

NATURE BY NUMBERS from Cristóbal Vila on Vimeo.

Oh! wait, You got to check out this great Youtube feed on Doodling in Math: Spirals, Fibonacci, and Being a Plant [ It’s a 3 part series and you have to see all three] 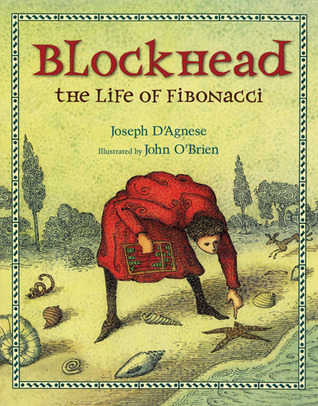 Block Head the Life of Fibonacci maps out the life of Leonardo As a young boy in medieval Italy, Leonardo Fibonacci thought about numbers day and night. He was such a daydreamer that people called him a blockhead.

When Leonardo grew up and traveled the world, he was inspired by the numbers used in different countries. Then he realized that many things in nature, from the number of petals on a flower to the spiral of a nautilus shell, seem to follow a certain pattern.

The boy who was once teased for being a blockhead had discovered what came to be known as the Fibonacci Sequence!

See on Amazon.in – Blockhead: The Life of Fibonacci

See on Amazon.com – Blockhead: The Life of Fibonacci Hulme opens with a double-page spread explaining the mathematical pattern or “Fibonacci sequence” whereby “the next number in the sequence comes from adding the two numbers before it (1,1,2,3,5,8,13_ and so on).” Hulme then points out the prevalence in the natural world of curves based on the sequence: a tiger’s claws, a ram’s horns, even a seahorse’s tail.

Short poems provide factual information in an engaging word package as young readers learn about the curved pattern of elephant tusks, parrot beaks, and seashells. Acrylic paintings by Carol Schwartz place the creatures in their natural habitats, enabling youngsters to learn more about the larger natural environment. Schwartz’s superb artwork manages to be both accurate and lively and exhibits great attention to detail.

This was way above my 5-year-olds understanding, but Mamma enjoyed it immensely! 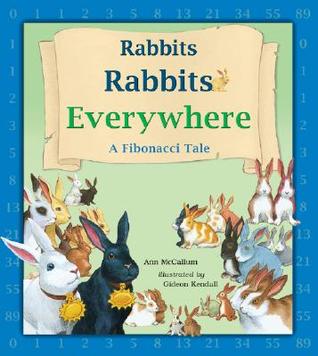 Rabbits Rabbits everywhere by Ann McCallum explores the reason for the sequence, the Rabbits! Each week the residents of the town of Chee take a portion of their bountiful crops to the wizard who lives on the hill. One week the Pied Piper decides that the wizard doesn’t deserve his full portion. The next day two rabbits appear in a field.

The day after that, there are two more rabbits. Each day the number of rabbits increases and they are eating everything in their path. It is up to a young girl named Amanda to save Chee’s crops by figuring out the pattern by which the rabbits multiply. A family of rabbits soon supplies the answer in this funny story! Hop along to Fibonacci’s Field and follow Lonely and Chalk Rabbit through a year as they try to cope with their fast expanding brood and handle a different seasonal challenge each month, from the cold of February to the wet of April and the heat of July.

This extraordinary picture book is packed with gorgeous details and novelty elements including a baby rabbit record book, a carrot recipe book and a surprise pop-up ending.

This is a gorgeous, clever, and intriguing picture book, and even though we do not have it yet. It is one of those books we will surely acquire in the near future! See on Amazon.in – The Rabbit Problem

See on Amazon.com – The Rabbit Problem 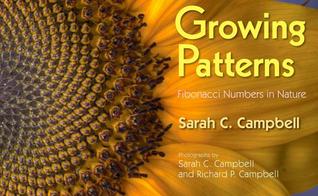 In the gorgeous book Growing Patterns: Fibonacci Numbers in Nature by Sarah C. Campbel we see the biggest mathematical mystery in nature – Fibonacci numbers! Named after a famous mathematician, the number pattern is simple: 1, 1, 2, 3, 5, 8, 13…Each number in the sequence comes from adding the two numbers before it. What’s the mystery?

The pattern crops up in the most unexpected places. You’ll find it in the disk of a sunflower, the skin of a pineapple, and the spiral of a nautilus shell. No one knows how nature came up with the sequence. Sarah C. and Richard P. Campbell introduce the Fibonacci sequence through a series of stunning photographs. 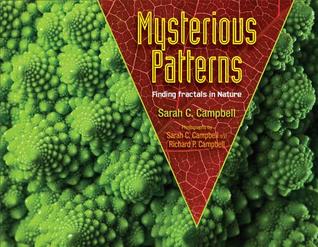 Mysterious Patterns: Finding Fractals in Nature is technically not strictly on Fibonacci but nevertheless it explores Fractals,
and finding them in nature. Nature’s repeating patterns, better known as fractals, are beautiful, universal, and explain much about how things grow.

Fractals can also be quantified mathematically. Here is an elegant introduction to fractals through examples that can be seen in parks, rivers, and our very own backyards. Readers will be fascinated to learn that broccoli florets are fractals—just like mountain ranges, river systems, and trees—and will share in the wonder of math as it is reflected in the world around us.

Perfect for any elementary school classroom or library, Mysterious Pattern is an exciting interdisciplinary introduction to repeating patterns. 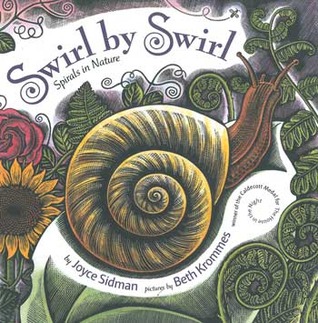 Swirl by Swirl: Spirals in Nature is again not Strictly on Fibonacci, but still a beautiful read!

See on Amazon.in – Swirl by Swirl: Spirals in Nature

See on Amazon.com – Swirl by Swirl: Spirals in Nature

Well, wouldn’t it be wonderful to combine 2 of my favorite things – Maths, and Art, while learning something as interesting as the Fibonacci Sequence! Well, here a collection of Fun Art Projects you can do NOW, no not right away – but after understanding, seeing, and having fun with the sequence! 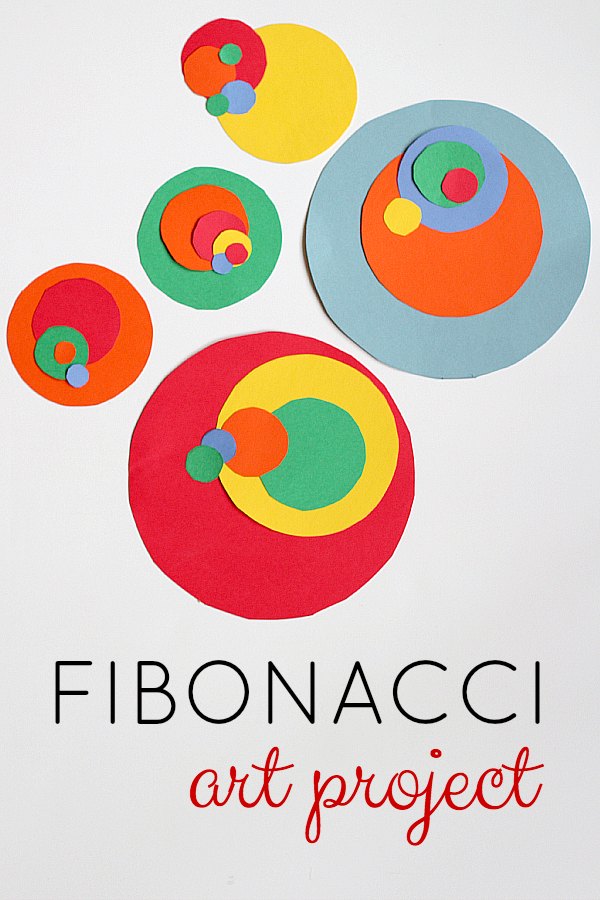 What do we do ALL day has this beautiful Art project which is STUNNING. 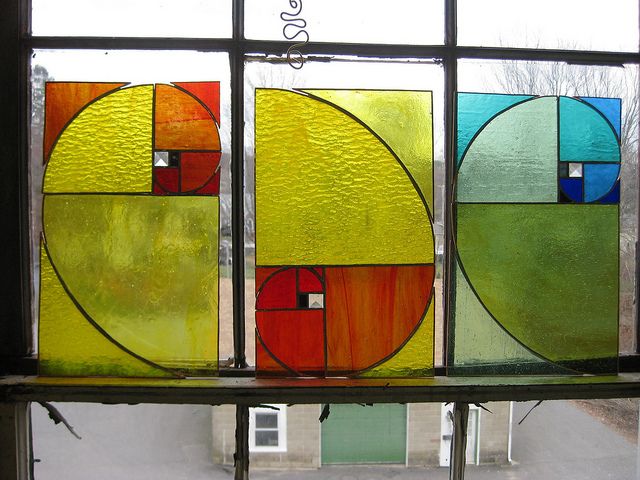 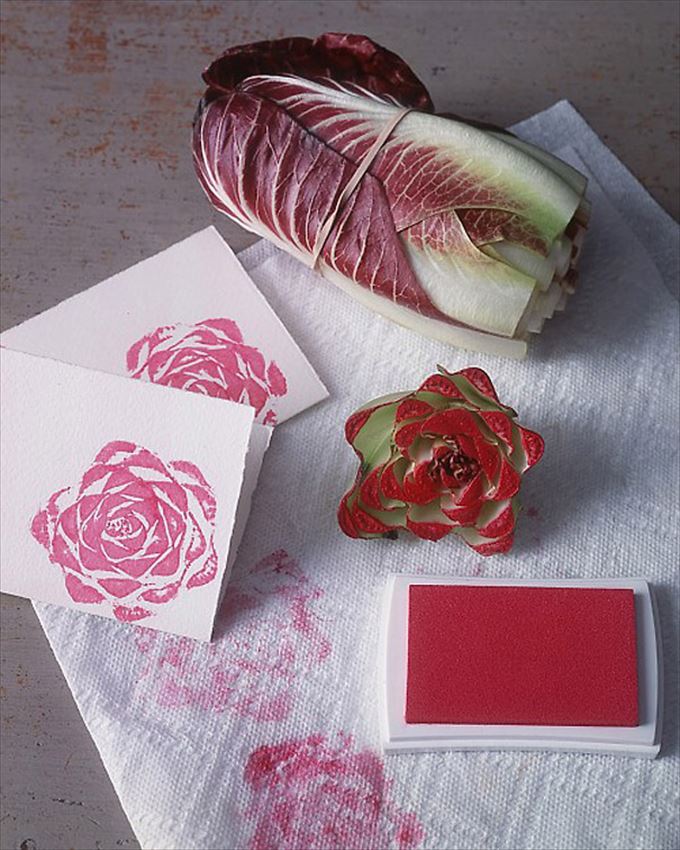 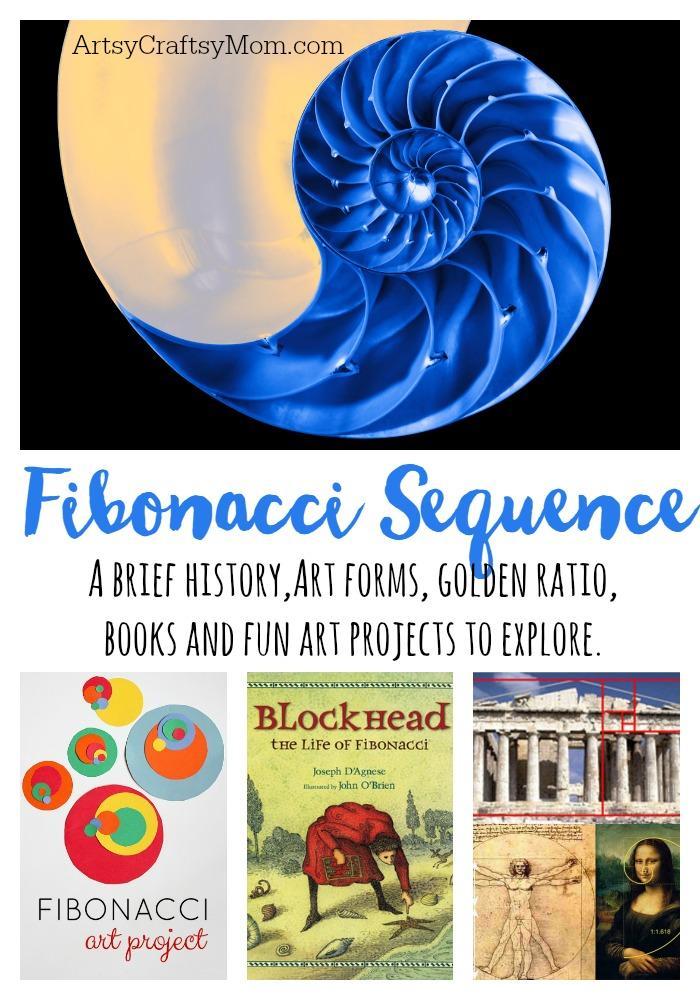 I hope you have fun revisiting my favorite sequence. There is LOT more to explore and talk about, do share your little projects combining Math and Art!
« Sponge Painted Reindeer Wrapping Paper
15 Delectable Pie Crafts and Activities for Fall »