Indian mythology is a rich source of myths, legends, and heroes. I have heard many of these stories as a child, and references to mythological events are very common in Indian literature. As is the case with many mythologies, a single story might occur in many ancient texts, each giving a slightly different version of the incidents. This is especially true when it comes to the origin of the Gods. I had often felt the need for a resource that will help me introduce the Indian Hindu Mythology in a simplified manner to young Children. 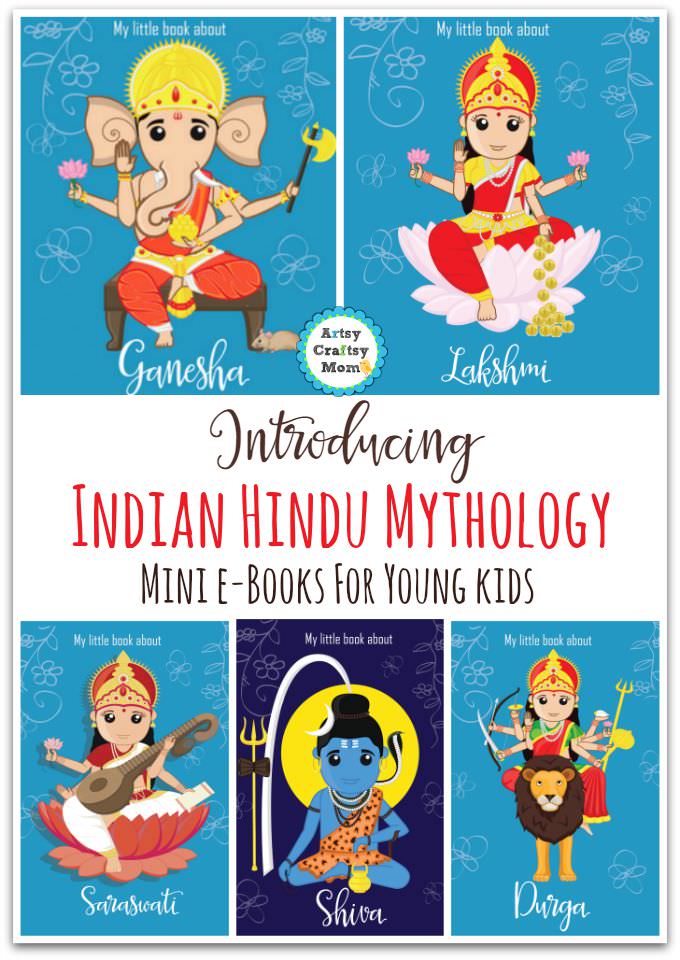 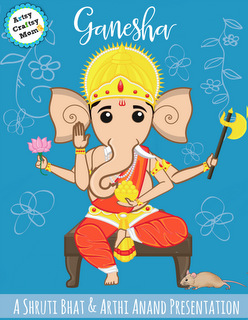 [/one-third-first]
[two-thirds]Ganesha is the son of Shiva and Parvati. Before beginning any endeavor, it is customary to offer prayer to Ganesha as he is the remover of obstacles or vigna-vinayaka. He grants prosperity and wealth to his worshippers and is the most loved God of the Hindu Mythology. This mini eBook introduces Ganesha to kids in a simple manner – Who he is, his special powers, what he loves, some stories, a coloring page, a special mantra about him and lots of crafts to try. 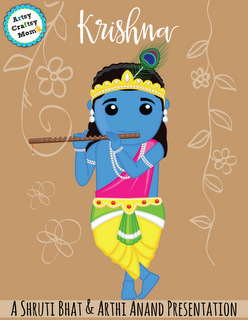 [two-thirds] Krishna  is an incarnation of Vishnu. He was born as the son of king Vasudeva, but was brought up by Nanda who was the chieftain of cowherds. He is the God of Love & wisdom often referred to as Jagat-Guru ( Teacher of the world) . This mini eBook introduces Krishna to kids in a simple manner – Who he is, his special powers, what he loves, some stories, a coloring page, a special mantra about him and lots of crafts to try.
Purchase the eBook

We will slowly be adding more eBooks on the following Hindu Gods & Goddesses, don’t forget to sign up to be notified when we release them… just enter your email below and we’ll send you a mail when they are released.

Indra is the main god of the Vedas, a  warrior who rides his solar chariot across the sky and wields the thunderbolt. As a storm God, he brings the rain to fertilize India’s parched soil.

Brahma is the Creator . He is said to have been born out of a lotus that grew out of the navel of Vishnu. He was given the four Vedas by Vishnu and bidden to commence the aspect of creation.

Vishnu is the Protector – a supreme Hindu god. He rests on the cosmic waters between creations, or universes; and in each creation, he takes on some avatar or material form such as a fish, a wild boar, a turtle, a lion, a dwarf, a man. His worship is marked by affectionate piety and devotion.

Shiva is the Destroyer  –  the dancing deity of creation and destruction. He has four arms and has a third eye on his forehead with which he destroys.

Parvati is Siva’s wife, a goddess symbolic of his power and ruthless in her battles against demons under her various names and aspects.

Saraswati – She is the goddess of wisdom and learning. She is the wife of Brahma and is usually depicted sitting on a lotus flower, with a Veena (stringed musical instrument) and scriptures in her hands. She is always depicted wearing a white robe, as a symbol of purity. She is worshiped by scholars and is their patron deity.

Laxmi is the goddess of wealth and prosperity and Vishnu’s wife . She is worshiped by all, but particularly by merchants, for whom she is the principal deity.

The Devas and Asuras are gods and demons, respectively, and battle each other with magical powers.