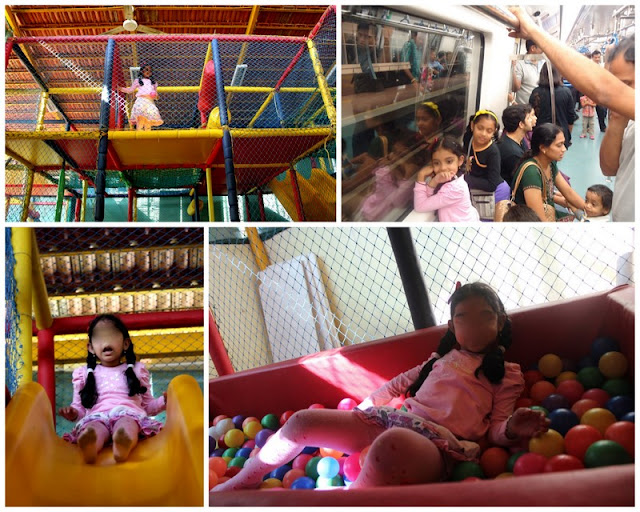 Ever since we’re back from the rajasthan trip, Lil P has become very clingy .. extremely,annoyingly clingy… A major reason could be that we have both gotten really busy with work and she feels left out.. so we are consciously trying to spend more time with her.. Friday, hubby was home early and we played a game of carrom.. I made some pizza and it was a lot of fun.. The next day we decided to take Lil p to Monkey maze at Indranagar as she had been asking to go there from a long time. It was deserted in the afternoon and Lil P started acting all prissy again.. She doesn’t like adventurous activities ( *looking away – Don’t blame me!)  and is really scared to try out anything new.. Esp when I’m around, her nakhras increase multifold. Monkey maze has a half slide .. where u need to jump off the edge at abt 3 feet above ground and she kept dithering .. She has a lot of bravado in her talks but zero in action.. she kept climbing up.. and walking down.. but wouldn’t touch the slide.. until another (smaller) kid arrived at the scene and did it with much gusto.. thats when she tried it out too..
How do you encourage your kid to try out something that you know is safe but he/she is scared of? With Lil p its best ignored.. She does a lot of natak just for our attention.. No matter how much we cajole / threaten it only makes things worse. If we ignore her she behaves normally and will typically try to observe and learn.
Anyway from there we met up with a family friend of ours and decided to take a joy ride on namma metro.. We took the metro from Indranagar upto MG road.. got down, ate dosas at the hotel next to gangarams and took the metro again from MG road to Indranagar.. We loved it.. though a Saturday evening was not the best choice for a joy ride. It was way too crowded. Having seen metros only in KL before, we couldn’t help but compare that the platforms seemed a little too small .

Did you try the Bangalore Metro??

and er – did u guys notice the new header pic??

I learnt a bit of GIMP in the process and I’m hooked.. Next I’m planning to make some nice side buttons 🙂 Do leave your comments, it keeps me encouraged to try new things.. 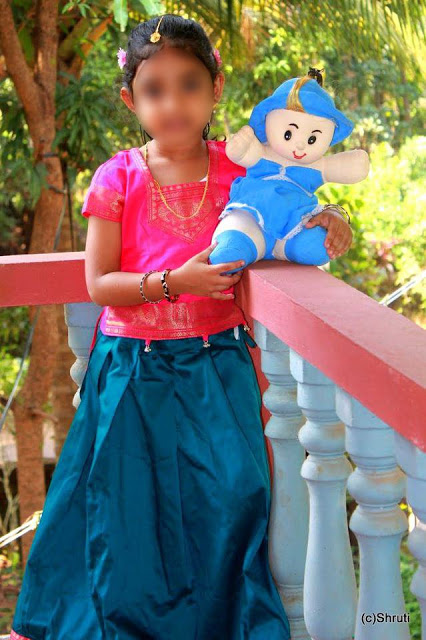