You are here: Home / Reviews / Our Journey with PediaSure – A Big Step Forward!

Our journey with PediaSure is moving surely forward as we move into our second month! Check out our progress report in full detail here!

If you’ve ever interacted with a five-year-old, you have experienced one thing for sure – their endless energy!

Even though they’re able to focus on single tasks for longer periods, it doesn’t stop them from jumping around and turning the house upside down. It is the same with my nephew Krish, my sister’s five-year-old bundle of mischief. 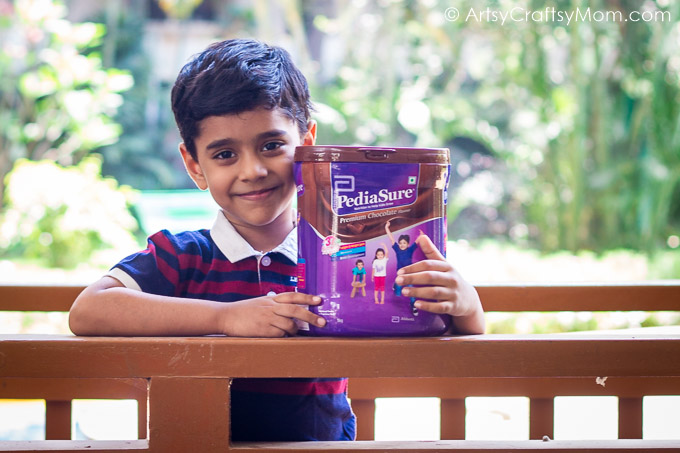 There were usually specific times in the day when he particularly enjoyed fleeing the scene – meal time!

Like we mentioned in our earlier post, Krish can be incredibly picky when it comes to food preferences, which means his diet is far from balanced. We were finding it difficult making sure he got his nutrients when we were introduced to PediaSure – and there’s been no looking back since!

Our Journey with PediaSure – A Big Step Forward!

It’s been just over a month since we started our journey with PediaSure Nutrition and we like how it’s going! For the last 30 plus days, Krish has been having two glasses of PediaSure powder a day. He loves the Premium Chocolate Flavor. 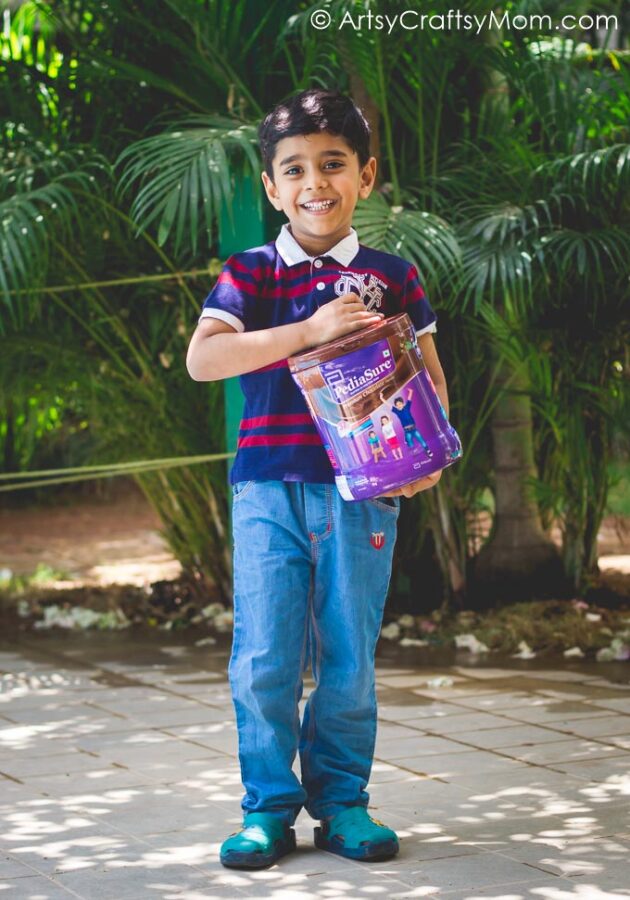 Two spoons of the powder are stirred into a glass of warm water and served in Krish’s favorite Mickey Mouse cup. The first glass goes down in the morning before he leaves for preschool and the second in the late afternoon before he runs out to play.

During the summer when it can get crazy hot in the afternoons, we replaced his second glass of regular PediaSure with a PediaSure Peanut Butter Smoothie. We just blend some ice cubes, cold milk, creamy peanut butter and half a banana with two scoops of PediaSure powder chocolate mix for a yummy, creamy beverage that is perfect on a hot day!

We wanted to be as precise as possible about how Krish’s PediaSure usage was going in order to gauge the effects it would have on his growth and immunity, so we went all scientific and recorded his height and weight. To make tracking easier, my sister downloaded the PediaSure Growth Tracker app on her iPhone. This app is also available on Android and it’s great! You can enter all your child’s information at regular intervals and the app gives you some cool graphs that depict how things are progressing.

Our Experience with PediaSure – Month 2

Although we had the growth tracker to record our numbers, I have to admit that the most obvious transformation in Krish isn’t something quantifiable. The biggest change was in the way he was by the end of the day.

While he was previously cranky and irritable, he was now excited, happy and upbeat – that too in the summer when the humidity is enough to make anyone grouchy. Earlier, we had to brace ourselves to deal with his late-evening tantrums, now he was a delight to be with.

His morning glass of PediaSure made sure that he got his daily nutrition and calories – which translated into a good day at preschool. His teachers mentioned that he was more focused and enjoyed his day better.

I think we have the neuronutrients in PediaSure to thank for it! Another huge plus was that it was a lot less stressful for his Mom, who didn’t have to worry even if he hadn’t finished his breakfast. With the immunonutrients in PediaSure, Krish hasn’t missed a single day of school due to an illness,for a whole month. And he wouldn’t want that – not when he’s having so much fun there now!

I think replacing the warm PediaSure drink with the cold smoothie also made things better. For one, he wouldn’t get bored of the same thing twice a day. Secondly, it gave him the energy he required to play outside and kept him better hydrated. Not to mention the good sleep he got at night after such a busy day!

Coming to numbers, the app had made tracking his progress really easy. Krish wasn’t exactly underweight, but was on the thinner side thanks to his picky eating. His daily intake of PediaSure nutrition helped boost his growth and immunity and also helped a little with weight thanks to it being a great meal supplement.

Like we mentioned in the previous post, this journey with PediaSure is a three-month long experiment where we’ll feature a PediaSure review coupled with Krish’s progress. We will continue with two glass of PediaSure powder a day for the coming months, with a few variations thrown in.

We’re also considering introducing PediaSure in Kesar Badam and Vanilla flavours to him, at least in other dishes. With the success of the smoothie, we aim to experiment with other PediaSure recipes like maybe some PediaSure Creamy Ice Pops or Chocolate Ice Pops. They look so good; I wouldn’t mind trying them out myself!

We’ve heard that PediaSure is the #1 Paediatrician prescribed brand, but our experience with PediaSurefor Krish has truly been impressive! It will be a while before Krish stops picking out the greens on his plate, but till then PediaSure should help make up for some of that loss.

You can get PediaSure online and have it delivered to your doorstep by placing your order via the company’s website. Or you could just head over to your local pharmacy or grocery store and pick up a box.

Don’t forget to stay tuned to the blog and check out the follow-up stories on #MyPediaSureJourney with my nephew.

Please do keep in mind that PediaSure is not for children who are lactose intolerant or suffer from galactosemia.

While Abbott approached me to participate in their #90DaysWithPediaSure campaign, the opinions and experiences shared in this post are my own and have in no way been influenced by the company.