Most of us have a teddy bear related memory. These cuddly stuffed toys come in all shapes, forms, and sizes. They arouse something primal in us that has to do with love. Did you know that 9th Sept is Teddy Bear Day?  We figured you would love some book recommendations for

Teddy bears are fairly recent as toys, and are named after Theodore ‘Teddy’ Roosevelt. The story goes that this (which) US president loved hunting. Once when he was out with a hunting party, they came across a bear cub who was injured. His companions cornered it, but when the President came on the scene, he was moved by the bear’s plight, and refused to hunt it. This news came in the papers as a cartoon, showing President Roosevelt standing in the foreground with his rifle, and a huntsman with the bear cub in the background. An enterprising shopkeeper decided to cash in on this, and put up a couple of stuffed bears to sell with the name Teddy’s bears, after getting the President’s permission to do so. The name caught on, and after that, stuffed bears were generically named Teddy Bears. These, along with the background story, caught popular fancy, and they came to be equated with love and affection. Soon, teddy bears began to be characters in books – which was to be expected. So many stories, which capture our imagination. Some of them had teddy bears as incidental characters, while some had teddy bears on purpose, characters that embody what teddy bears have come to mean to us.

There are many, many teddy bear stories, but here are five of the best worth exploring. In all of these, believe me, the book is better than the screen version! 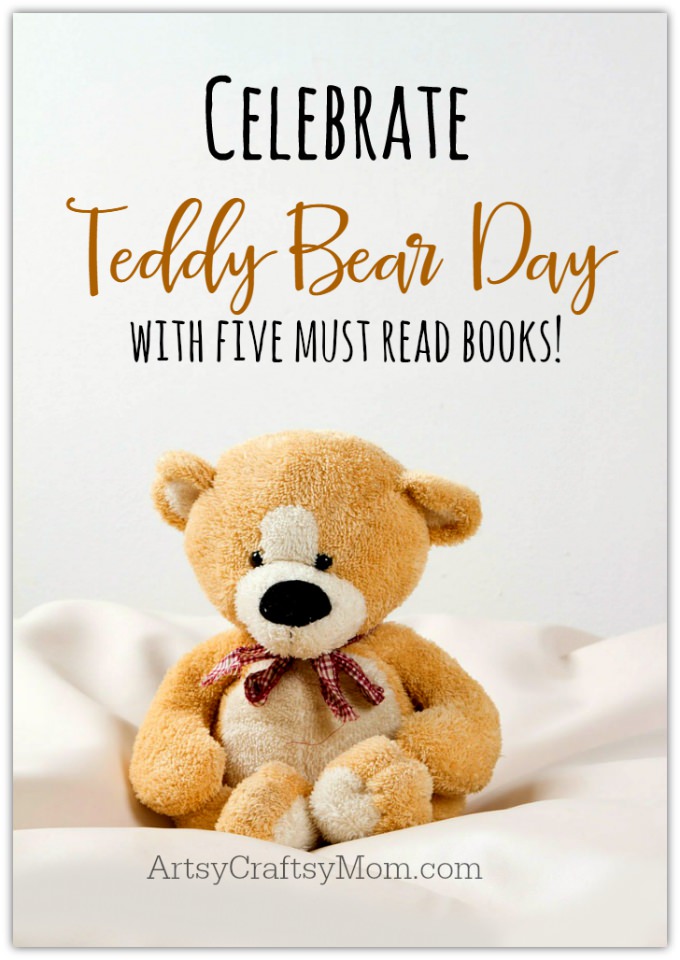 He is the one that comes immediately to mind. The lovable, blundering, bear over-fond of his honey, who lives in the Hundred-Acre Woods with many of his friends was modelled on the author A.A.Milne’s son Christopher Robin’s toy bear. Milne wrote his stories and poems about all these characters, stories which include his son as a character too. The original stories are illustrated by E.H.Shepard, and are based on a real place – the Five-Hundred Acre woods, in Ashdown Forest in southern England, and the illustrations are comparable to the real landscapes there. Disney, of course, popularised Pooh bear, and making the stories reach out to even those who might not have got their hands on the books.

This is a bear that came only second after Winnie the Pooh for my daughter, who discovered the book when she was all of 6. These are stories written by Joan G Robinson, about the adventures of her daughter Deborah’s stuffed bear, whom she named Teddy Robinson. Written and first published in the 1950s-60s, these are nevertheless timeless, delightful stories that can capture any teddy-bear-loving child’s heart, and have been compiled and published recently in an attractive single book with a foreword by the now grown up daughter, Deborah Sheppard.

A family of bears – mother, father, sister and brother – created by Jan and Stan Berenstain. The bear family lives in a treehouse (children absolutely love this!) and their everyday life, adventures and escapades are written as stories for young children. This is a series that deals with many everyday problems and experiences children all over the world may have, in a fun way. One book to look out for is The Bear Necessities, a parenting book written by the authors based on the series of books. This is a series to be owned, and returned to again and again.

Conceived by Dan Freeman, we first meet Corduroy in a departmental store, when a little girl wants to buy him. Her mother refuses, however, unwilling to spend the money, pointing out that one of his overall buttons is missing. At night, after the store is closed, the bear comes alive, and goes hunting for his missing button. Does he find it? What happens to the little girl? Does she manage to buy him, after all? This is a lovely series of books about love, friendship, and adventure that is a must read.

The bear with spectacles and a hat, comes as a stowaway to London from the ‘darkest Peru’, home to the Spectacled Bear, and is found at Paddington station by a family that adopts him. Thus begins the story of A Bear Called Paddington. Michael Bond created this very polite and old-fashioned bear based on his memories of child evacuees to London during WW2. Paddington continues to charm young readers with his adventures (and many misadventures!) in a whole series of books worth reading.

Which ones have you read?