“It is only after years of preparation that the young artist should touch color – not color used descriptively, that is, but as a means of personal expression.” – Henri Matisse

Matisse was more than a painter, though that is his chief identity. He was also a draughtsman and a sculptor, as well as a collage artist in his last years.

It was while he was bedridden after surgery and couldn’t paint, that he came up with the idea of using paper and scissors to form art, and most of these were really large works.

So you see, Matisse was a man of many talents, and this gives us many more ideas that are inspired by him!

Kids are naturally enamored by color, so here we have 10 ideas for Henri Matisse projects for kids – let’s spread the magic of color! 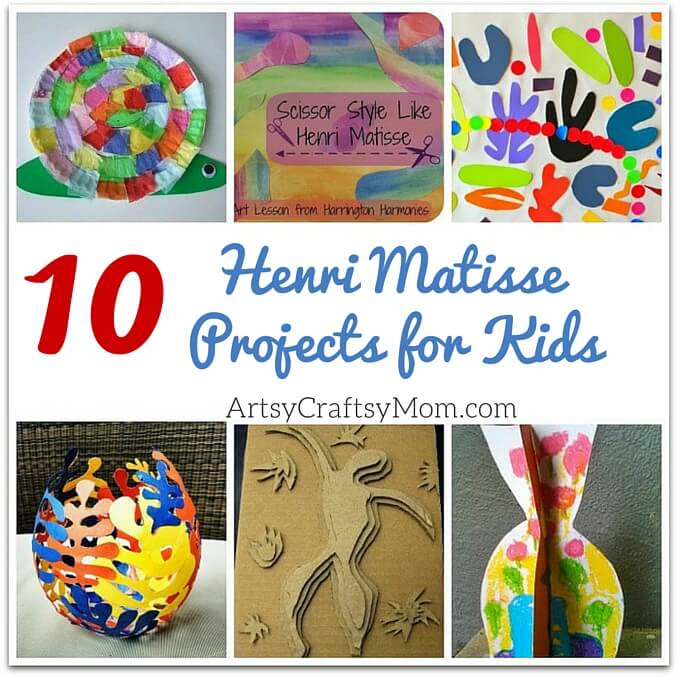 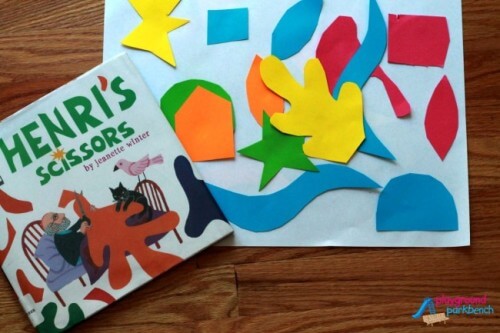 As you can expect, Matisse’s collage art is a great way for kids to start learning about the artist, and Playground Park Bench has an easy book-related activity. The book is ‘Henri’s Scissors’ by Jeanette Winter, a children’s book that focuses on this beloved art form. Read the book, and then get into the paper cutting craft! 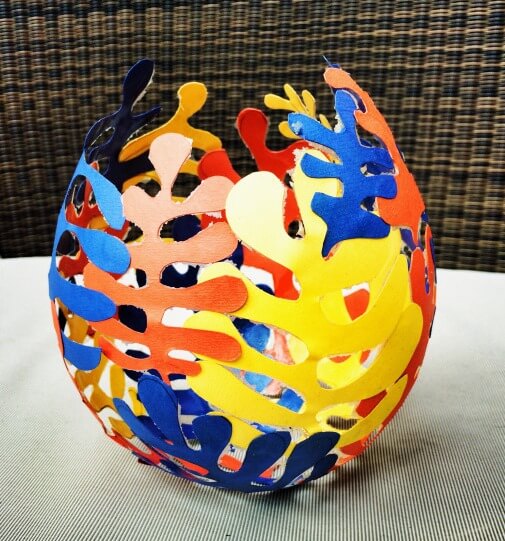 Matisse’s cutouts were of different styles and two of them were referred to as organic and geometric shapes. Geometric shapes have more exact lines and angles, like circles, triangles or squares. Organic shapes are curvier, and more natural. Both were used abundantly in Matisse’s creations, but this lovely egg craft from Karuski makes use of organic shapes cut out of card along with modge podge and a balloon to create a 3 D version of La Gerbe. 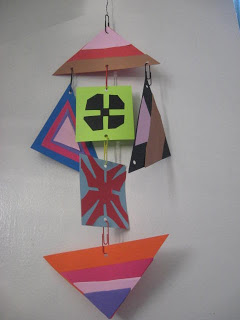 While Matisse is considered the king of collages, Calder was the king of moving art, especially mobiles. Matisse’s and Calder’s techniques come together in this clever mobile art by Mary Making. Matisse-inspired collages are first created on cardstock pieces, which are then connected via colored paper clips. The result is an impressive creation that’ll make little artists proud! 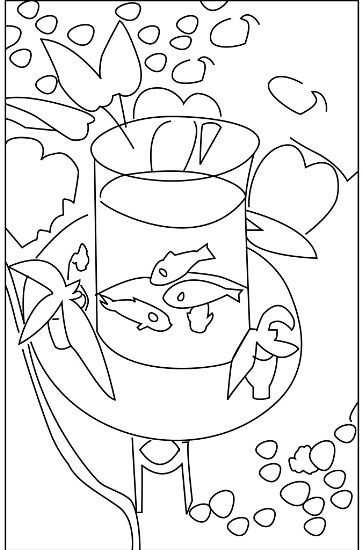 Matisse’s Gold Fish is one of his most celebrated paintings and it has a very pleasing and bright combination of colors. Print out this coloring page from Neo -Decadent so that your kids can unleash all the colors in their arsenal to create their own version of this famous painting. You can choose to either show them the original or let it be; see what their little minds come up with! 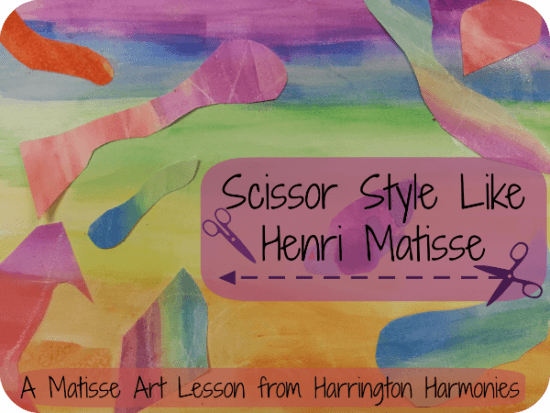 Matisse’s collages worked like this: he directed his assistants to paint large sheets of paper. He then used scissors to ‘paint’ the various shapes from this pre-painted paper, which his assistants then helped to fix on the final canvas. Harrington Harmonies has a lovely, detailed art lesson for kids which uses watercolor paper and different textures. This is perfect for older kids to create their own works of art, based on their personal impressions of Matisse’s work. 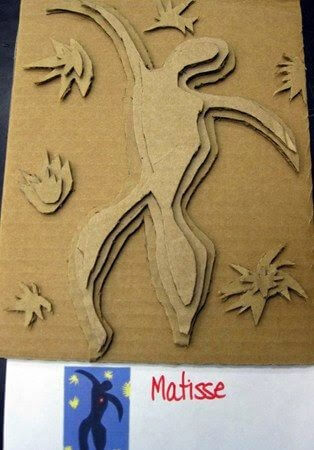 Icarus is from Matisse’s book, ‘Jazz’, and is a bright representation of the character who tried to fly too close to the sun. This cardboard relief sculpture from Onderwijs en zo voort is a great way to bring this image into 3D, using just scissors, cardboard and glue. However, the actual cutting can be tricky, so this is better left to the older kids. 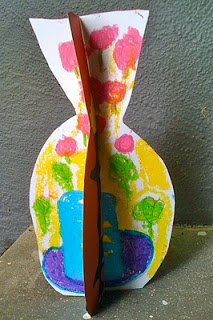 Many of Matisse’s paintings feature flowers and vases, as he enjoyed painting interiors. Thhis slotted sculpture of a vase from Kids Art Market celebrates this stage of Matisse’s art, by painting two separate vases and slotting them to form a 3D paper sculpture. Let the kids try geometric shapes on one vase and organic or the other, for an interesting effect for the final result. 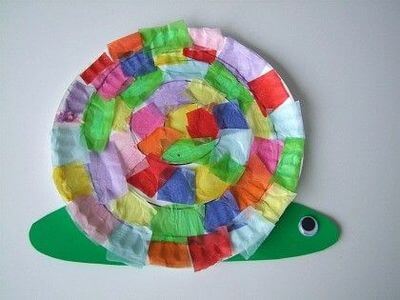 Along with the Gold Fish painting, the Snail collage is probably Matisse’s most popular works. The art consists of a huge canvas, across which colored paper is arranged spirally to resemble a snail’s shell. This paper plate snail from Preschool Crafts for Kids is an easy idea for preschoolers to make their own snails, and the paper plate provides them an easy way to get their spirals right. 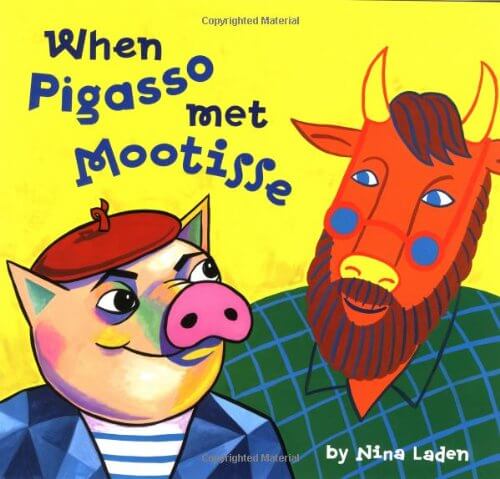 Matisse lived in the same period as Picasso, and their works were often compared, although they ended up having different styles of painting. Yet, they’re both considered to be major inspirations behind modern art, and this children’s book, ‘Pigasso and Mootisse’ by Nina Laden recreates their relationship in a fun manner. Both artists are rivals and paint on two sides of a fence, only to realize that together they’ve made a beautiful work of art. 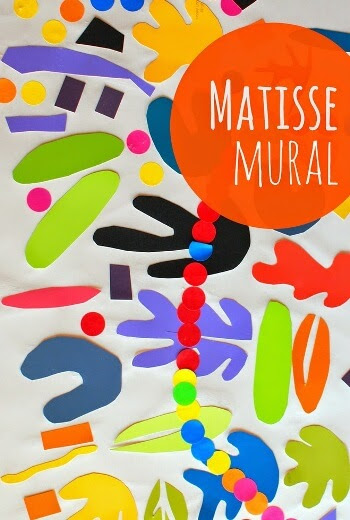 Color is something that influences us right from childhood, infancy even. Babies delight in bright colors, which explains why most of their toys are in primary colors and bright tones. But for French painter, Henri Matisse, color was much more; it was an expression of his soul. He often painted in slightly unnatural colors, and a painting that looks like it has only a few colors at first glance, shows several more on deeper inspection. He felt that “with color one obtains an energy that seems to stem from witchcraft.” That was the effect colors had on him – mystical, magical and immense!

Towards the end of his life, Matisse was creating larger than life artworks, probably inspired by the time he was bedridden and used charcoal attached to a stick to draw on his own walls. Such is the passion of the artist that he cannot let go of art under any circumstances! You can create your own colorful Matisse mural with this tutorial from Pink Stripey Socks. Great activity for siblings or cousins to do together! 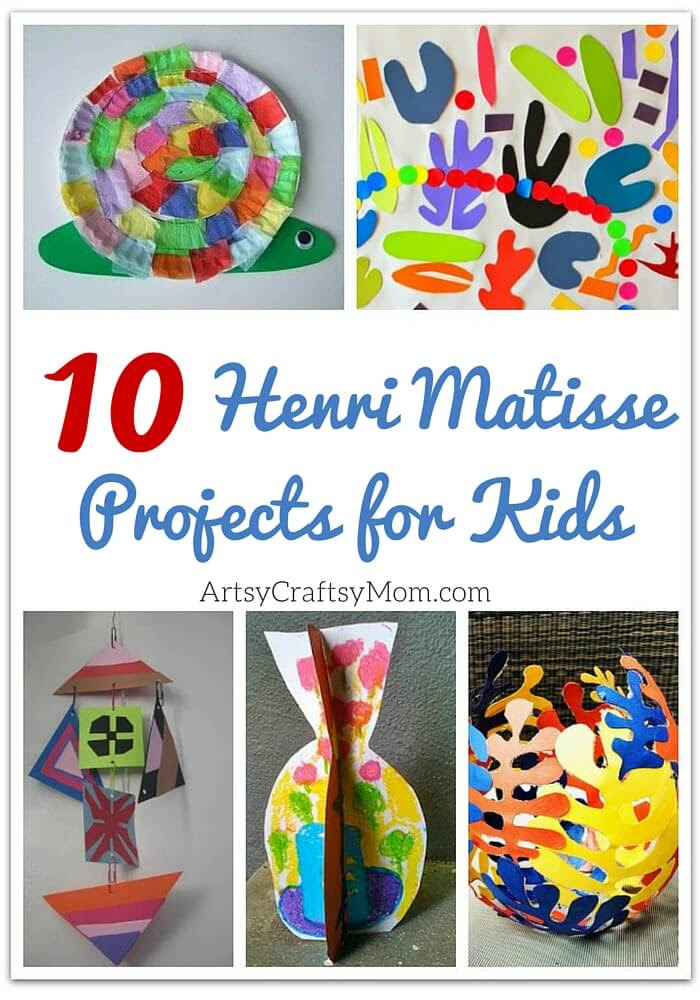 Matisse’s life teaches us many lessons, mainly that you can continue to follow your passion whatever your circumstances may be. Do tell kids stories about the artist’s life, and it’ll help them appreciate their work even more. So enjoy a cold weekend afternoon with some lovely color and cutting, and let your creations spread some happiness around. Like Matisse says,

“Derive happiness in oneself from a good day’s work, from illuminating the fog that surrounds us.”

Related posts in our Art Study