Making crafts can be a great hands-on way to learn about Native American people.  In fact, if you live in North America, Canada, or Central America, it is almost certain that you are in the ancestral homeland of a once-vital and important Native American tribe.

Many of the names of cities towns, rivers, and mountains around you may come from an original Indigenous tongue and this can be a great way to discover more about where you live and how you can make a meaningful connection to the Native people of your region.

Native American cultures are so diverse

One of the first things you’ll notice once you start learning about Native cultures is that they are so diverse.  The Seminole Indians of Floride lived in swampy everglades. The Lenape of Pennsylvania lived in the forests and meadows of the Northeast. The Lakota, Dakota, and Nakota lived alongside the buffalo on the wide expansive Plains.

Other tribes across the country lived in deserts, mountains, by the great lakes, or even in the snowy and icy northern regions. Given those different conditions, you can expect that the items that were part of their daily life were quite different. We’ve selected a variety of fun and easy crafts below so you can see a wide range of cultural traditions and do some hands-on crafting at the same time!

How to know what Indigenous lands you’re living on?

Do you know who lived in the region you call home? If you don’t, you can easily google a phrase such as “which Native American tribe lived near Salt Lake City”.  Once you discover which tribe called your region home, you can google phrases like “Is there a museum of Navajo culture?”.  During the search, you will probably discover some great resources and develop a new respect for the tribe that lived in your area.  But don’t stop there… 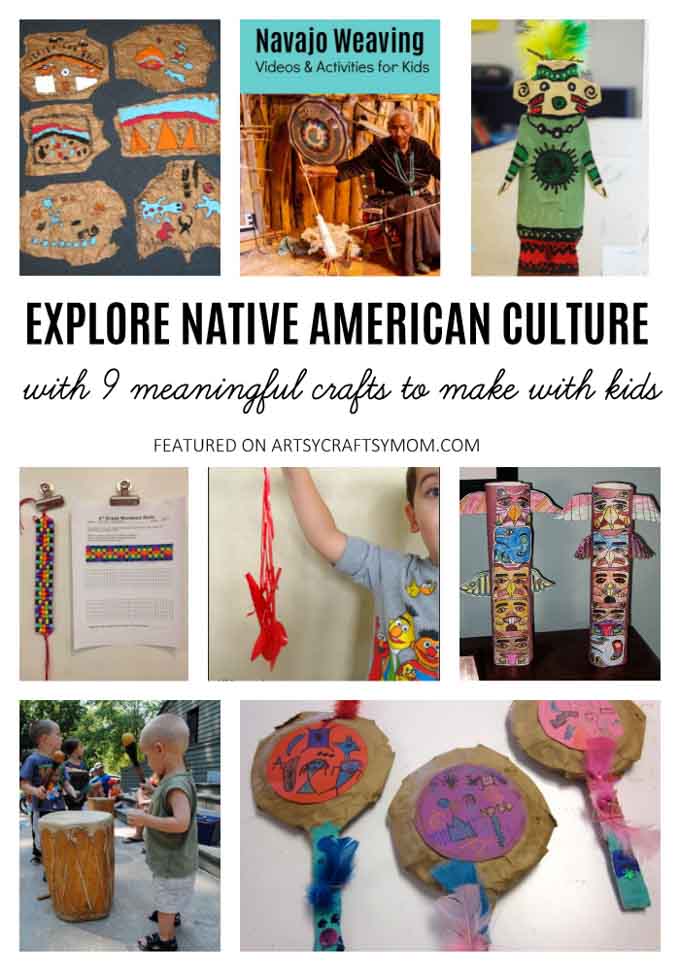 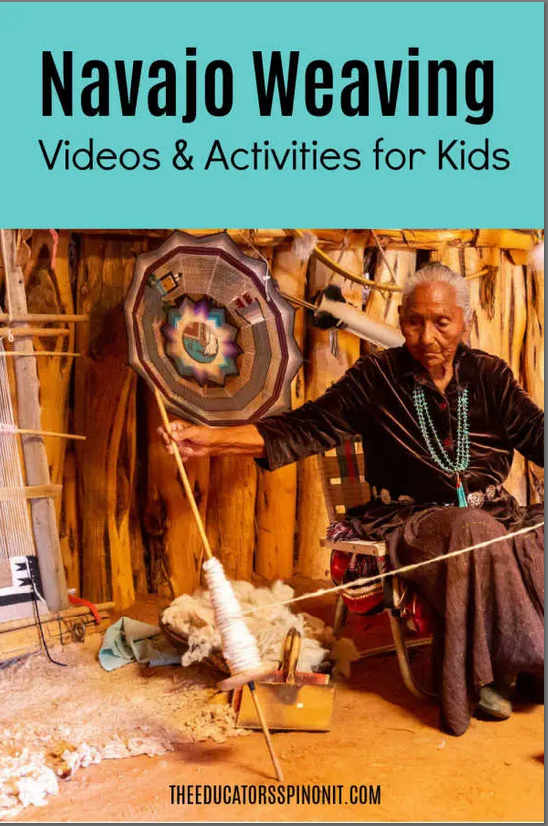 Weaving played a part in the creation of so much of the beautiful regalia and clothing associated with almost every Native American tribe.  For that reason, young children learned this skill very early with simple projects that honed their skills. As they grew older, they might create belts, rugs, carrying bags or other clothing items. This post has wonderful examples of basic projects you can try that come from many diverse Native American tribes. 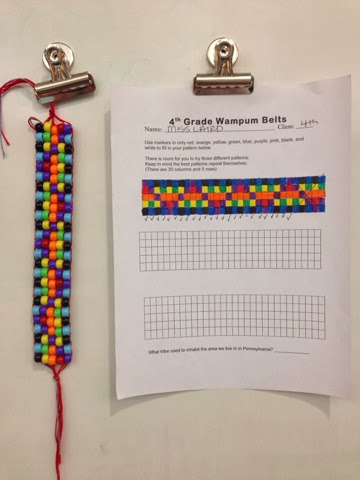 Wampum was the first original currency of what is now the United States. Traditionally made of two types of shells, it was used for storytelling purposes, as ceremonial gifts, to record peace treaties, and as a method of exchange. Making your own version of a wampum belt is a great way to learn about the Seneca, Cayuga, Mohawk, Onondaga, Oneida, and Tuscarora peoples, sometimes known as the Iroquois Confederacy. 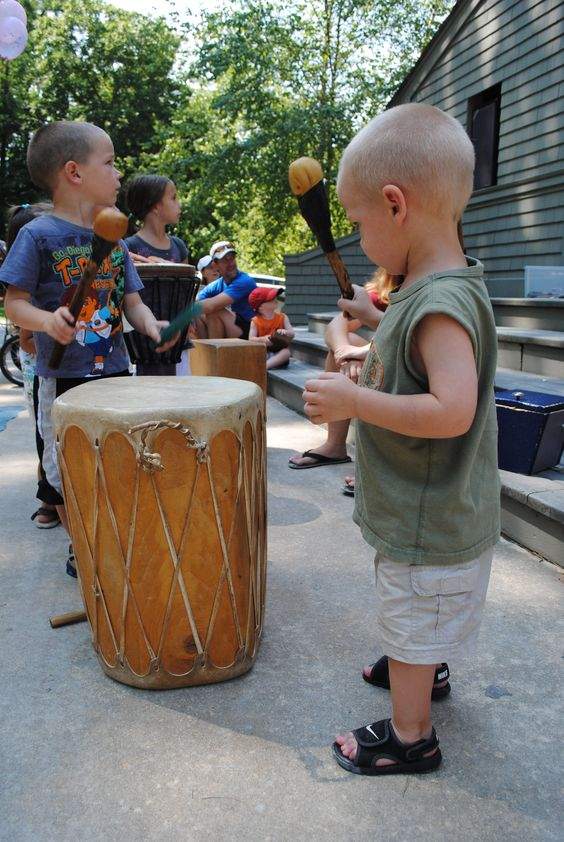 Drums, rattle, and music played a huge part in the lives of all Native American tribes.  Drums used might range from small hand drums to water drums to large frame drums.  Aside from drums that one person would play, there were also group drums, such as pow-wow drums that brought many drummers together to play. Many of these drums were played by using a stick or a beater and this craft gives you different ways you can create a beater for playing any drum of your choice. 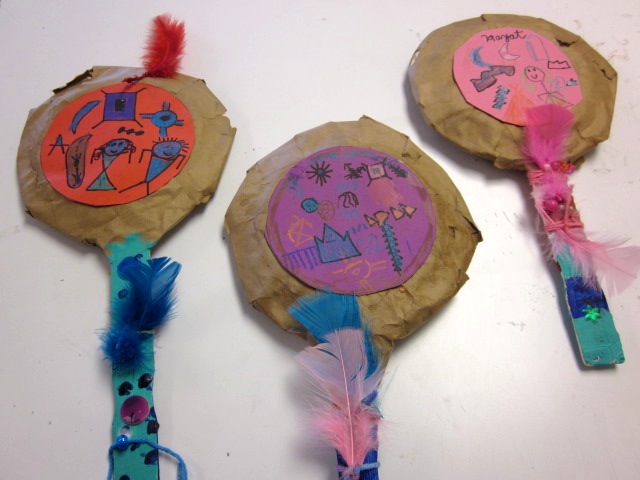 Rattles also can be found in almost every Native American tribe. They can be heard in personal or ceremonial music as well as social and celebrational music. As you can imagine, each tribe made rattles out of objects that were readily available, like dried gourds. Some of the more unusual Native American rattles were made of items such as salt and pepper shakers and the toenails of deer.  This craft shows you how to make your own version of a Native American rattle out of paper mache. 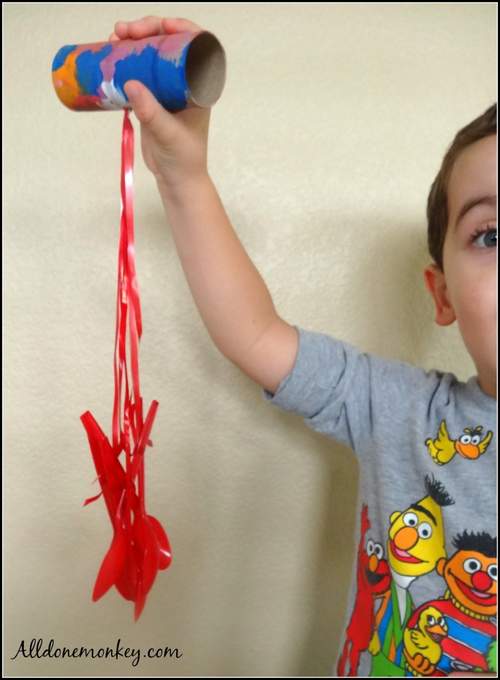 The Cherokee people have many distinctive rattles.  Here is a craft that lets you experiment with objects that create sound and make your own rattle in the same way. 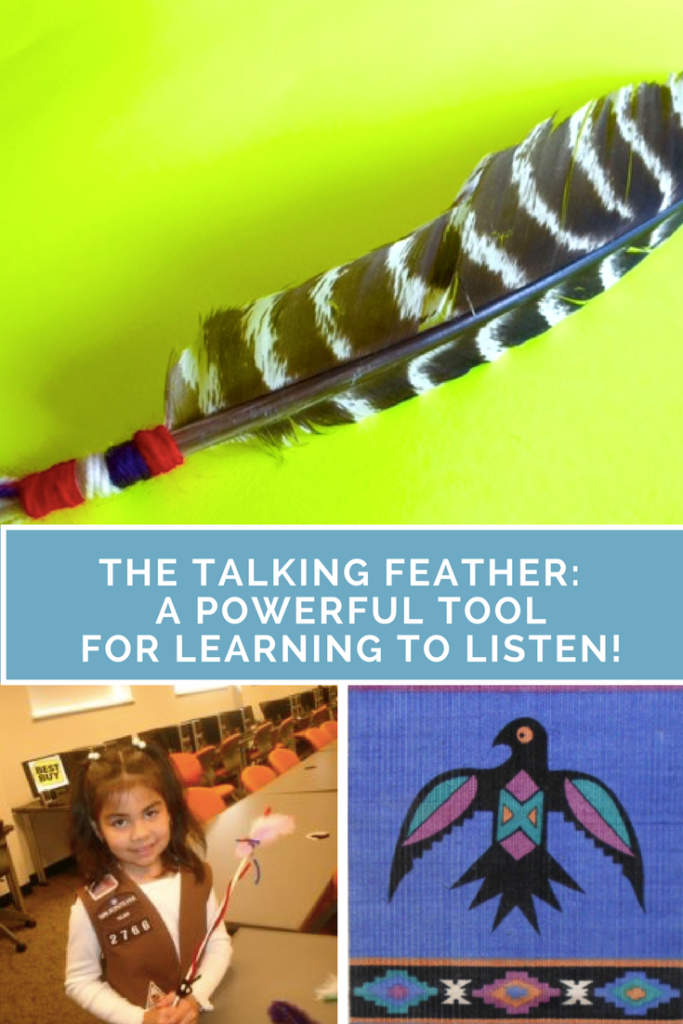 Did you know that most Native groups made decisions by consensus, not by “majority rules”? For this to work, people must learn to be good listeners and to be quiet when another is speaking. Using a talking stick (or stone, or shell or object) is a beautiful tradition that helps people develop this important skill. Making your own talking item can be both fun and useful craft. 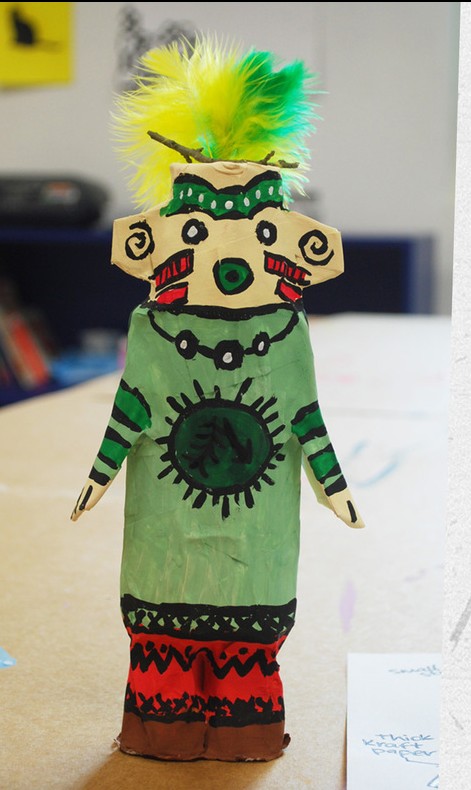 Even if you didn’t know their name, you’d probably recognize a kachina doll from the Native American tribes of the Southwestern United States. A kachina is a depiction of an ancestral spirit and can be represented by an actual dancer or by a kachina doll. Some are pretty, some are scary, but they are meant to teach kids about important beliefs held by the tribe and passed on from generation to generation. Some of the icons represented by kachinas and kachina dolls are the singer, the buffalo, the badger, the ogre, the hunter, the rainbow, the eagle, and the sun. You can find kachina dancers and rites in the Hopi, Zuni, Hopi-Tewa, and most of the Pueblo tribes of New Mexico. 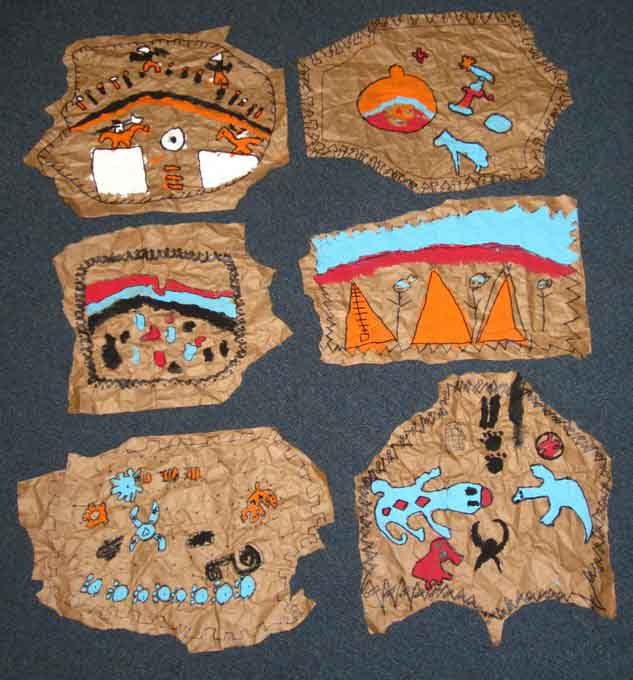 Painted buffalo hides were an important part of Native American culture on the great plains of the United States. Buffalo hides were often worn for daily clothing but special ones were created and painted beautifully for special or ceremonial purposes. Sometimes a buffalo hide with special images was worn for healing or for help with childbirth. Social and political leaders would have unique and beautiful painted buffalo hide that they would wear.  If you were to pick out images that mean the most to you, what do you paint on your buffalo hide? This craft gives you the opportunity to create your own. 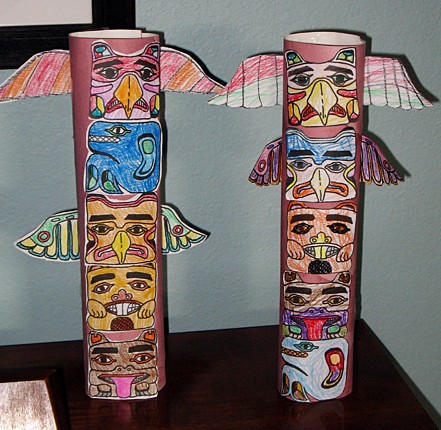 Totem poles are one of the most iconic images from Native and First peoples on the Pacific Northwest.  Sometimes soaring up to 40 feet in height, they tell of ancestry, the lives of specific people, or detail important historical events.  Each pole is adorned with images of beings or animals such as ravens, killer whales, eagles, thunderbirds, beavers, bears, wolves, and even frogs. Totem poles served several purposes including as territory markers, welcome signs and to remind people of great deeds or great times.

Here are some helpful resources so you continue to explore and learn:

Can you imagine being in a room and having people talk about you but not including you?  That is how many Native American people feel when they are excluded from the very books and stories that tell their history or exploit their culture. One way to reverse this disrespectful trend is to look for books or websites that are about Native people written by Native people. In those books and websites, you’ll find a more authentic and respectful portrayal of what it means to be a member of a Native American tribe. 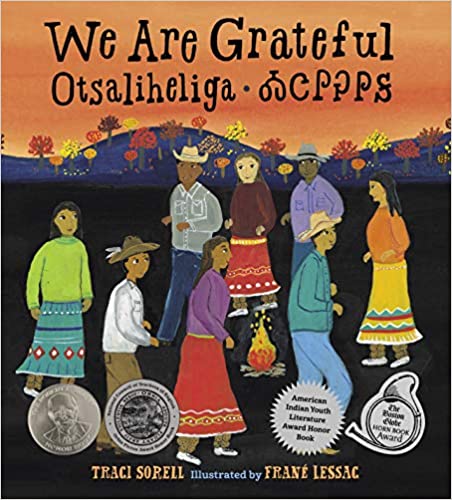 We Are Grateful (Bilingual – English With Cherokee Vocabulary)
Purchase From Amazon – https://amzn.to/3D0Bqa4 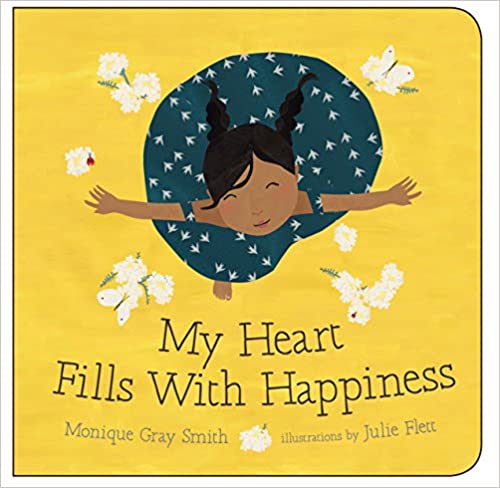 My Heart Fills With Happiness
Purchase From Amazon: https://amzn.to/37SY6ui 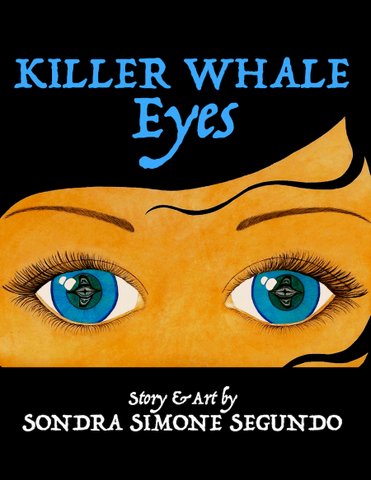 Lovebirds, The True Story of Raven and Eagle
Purchase From The Author- https://www.sondrasegundo.com/shop 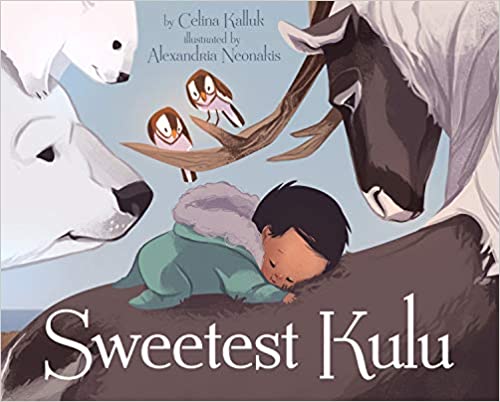 What is National Native American Day?

When is National Native American Day?

In California and Nevada, the holiday is celebrated on the fourth Friday of September (25th Sept 2020), whereas in South Dakota and Wisconsin, it falls on the second Monday of October (12th October 2020).

The National Museum of The American Indian
https://americanindian.si.edu

How To Find A Pow-Wow Near You
https://www.powwows.com/ 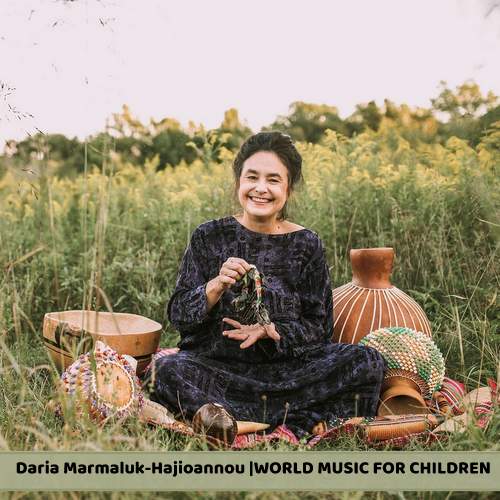 Ethnomusicologist and educator, DARIA (Daria Marmaluk-Hajioannou) has spent over four decades collecting, researching, and making music all over the world. Born in the USA, she spent many of her early years in Quechua Indigenous culture in rural South America. She is a fierce advocate for the rights of indigenous and first peoples and for broader respect for the ancestral and traditional cultures from all regions of the world.
ARTIST WEBSITE
DARIA‘s TEACHERS PAY TEACHERS SITE
FOLLOW DARIA ON INSTAGRAM
HEAR DARIA’S MUSIC ON SPOTIFY

« 10 Super Fun Outdoor Activities for Kids they will Love To Play
Let’s bring Creativity Back and #BuildWithHotWheels! »