It was Sunday and hubby dearest was restless as usual.. We usually like to take the car and just drive down to one of the spots in and around Bangalore and this time it was savandurga. . Our biggest challenge is to to keep our 3 year old daughter occupied through the journey.. So we roped in p’s maasi & my parents for company. As usual with a lil kid getting ready and planning for food n travel takes a long time.. n dad had some work so he would be free after 1 PM..

We packed some parathas for everyone & left HSR at 12.. stopped midway to buy some chips, juices, cakes, fruits.. and reached mysore road by 1 . Picked up dad at kalyani motors and off to savandurga.. After driving for abt 20 mins on Mysore road – well past the RV college .. 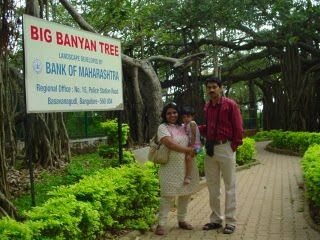 We took the right turn to Ramohalli about 6-7 km on the road that links Mysore Road with Magadi Road. This road is on the right about 5 km from Kengeri next to Rajarajeshwari Dental College. . 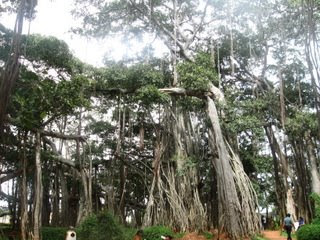 We reached “Big banyan Tree” in abt 15 mins after the rt turn. It was kept quite clean and had benches and a small shelter for people to have a picnic. The tree itself was magnificent..
After having lunch in the garden ( watch out for the monkeys) .. we started towards savandurga. 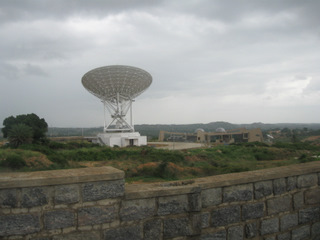 Now there are two routes to reach savanadurga – you can ask the locals at the 1st cross road after big banyan tree.. We took the left turn – the shorter route. ( Though everyone suggested that we take the longer but nicer road straight) After driving for a few kms we came across the satellite center for ISRO.. (sorry didn’t read the board correctly) .. Very nice view 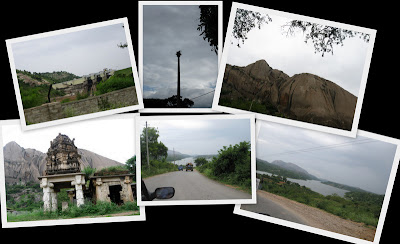 Rt after this the road disappears.. Now we found out the reason for the good road till big banyan tree! After driving for abt an hour we finally reached savandurga.. Follow the route to go to sivanagange ( you will hardly find and boards saying savandurga) If you can read kannada then follow the route to Manchanabele reservoir.

Standing at the foothills, the Kari Gudda (Black hill) and Billi Gudda (White hill) look huge.. i believe that on one side its white and the other its black.. from where we parked, it only looked black.. anyway.. we tried climbing up and realized that it was not easy at all.. we met a group of trekkers who had trekked ( climbed) for 4 hrs.. and were on their way down.. 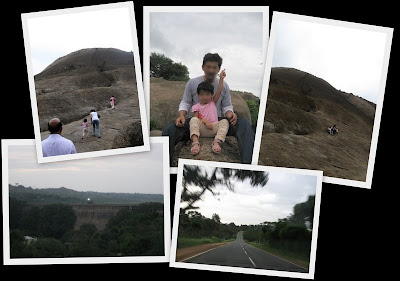 lil P was all excited and wanted to climb higher.. fearing for her safety n ours.. we hastily retreated. The descent was tougher. and it was already getting dark..
With a thumbs up from lil P [ See pic] we left back for Bangalore.. this time we took the magadi route. Although the route was 7 extra kms we crossed it much faster because of the amazing road..
All in all a tired but happier lot reached home by 9. So much for our Sunday adventures..

Savandurga is a hill 60 km west of Bangalore (Karnataka, India) off the Magadi road, in India. The hill is considered to be among the largest monolith hills in Asia. The hill rises to 1226 m above mean sea level and forms a part of the Deccan plateau. It consists of peninsular gneiss, granites, basic dykes and laterites. The Arkavathi river passes nearby through the Thippagondanahalli reservoir and on towards Manchanabele dam. 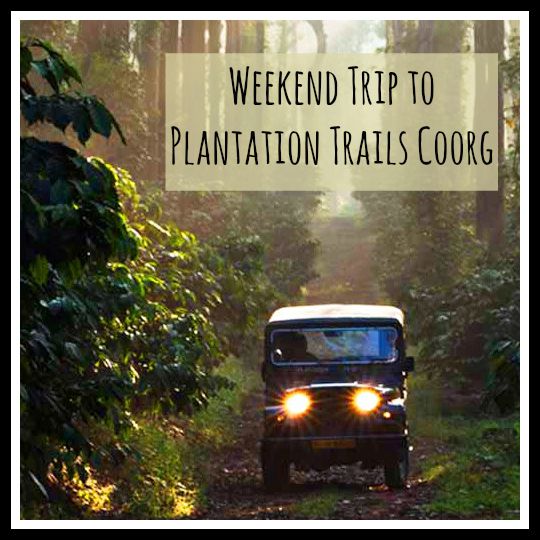 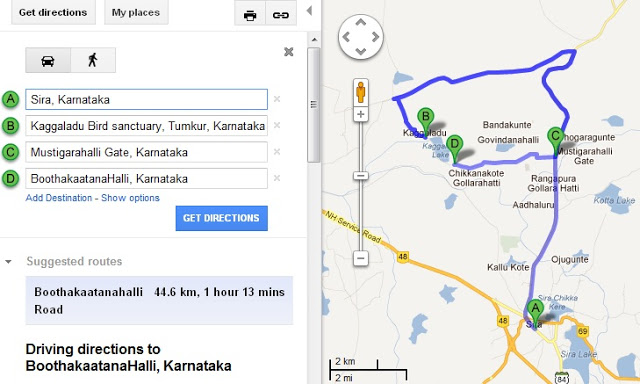 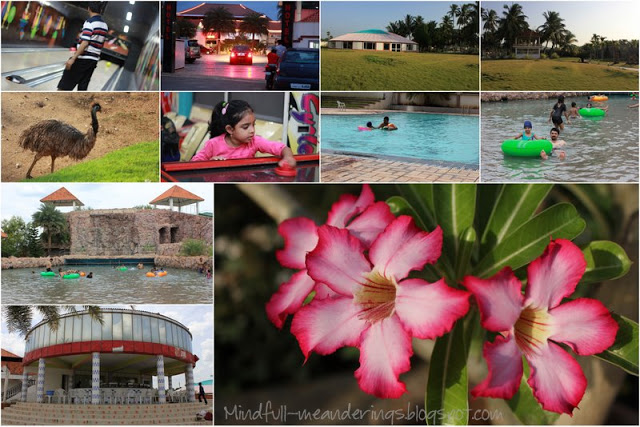 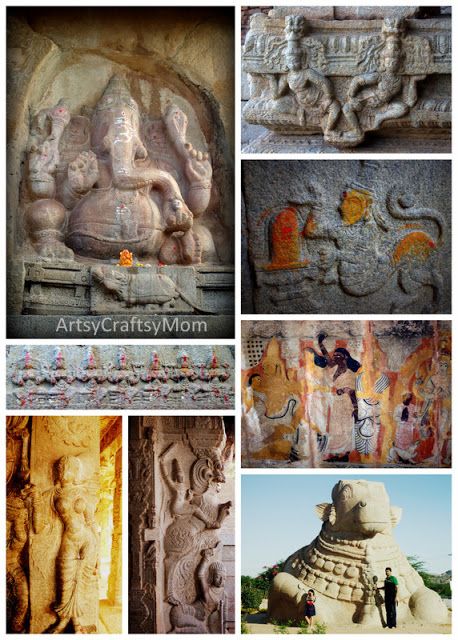