Here’s a cute cupcake liner dinosaur craft, perfect for preschoolers and early school goers to try! Cut out the shapes and let them do the rest!

For creatures who don’t exist anymore, dinosaurs sure feature a lot in popular culture! And come to think of it, people of all ages are bound to have come across a virtual dinosaur somewhere or the other. Of course there’s Godzilla and Jurassic Park, but there’s also Barney, Rex from Toy Story, Denver the Last Dinosaur and many more!

It’s hard to say why exactly these guys are so popular, but the truth is that they never go out of style. Dinosaur-theme birthday parties are still ‘in’ and with Halloween coming up, you’re sure to find many cute dinosaur costumes too!

Looks like we’ve also been bitten by the dinosaur bug, and so we have a new dinosaur craft for you today. And because we love making crafts out of recycled materials, we’ve made a cupcake liner dinosaur craft. Cupcake liners are so easy to incorporate into simple crafts, as you’ll soon see! 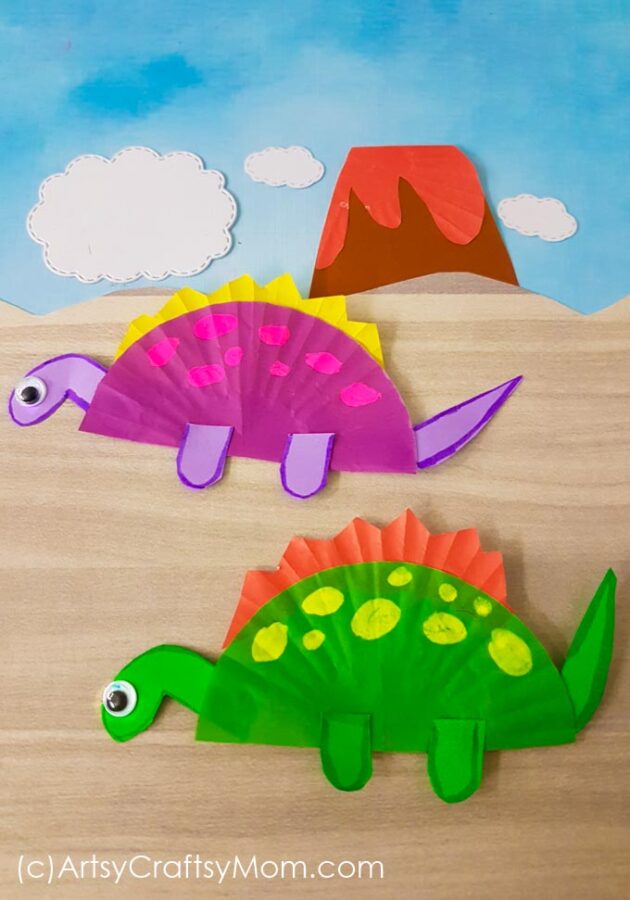 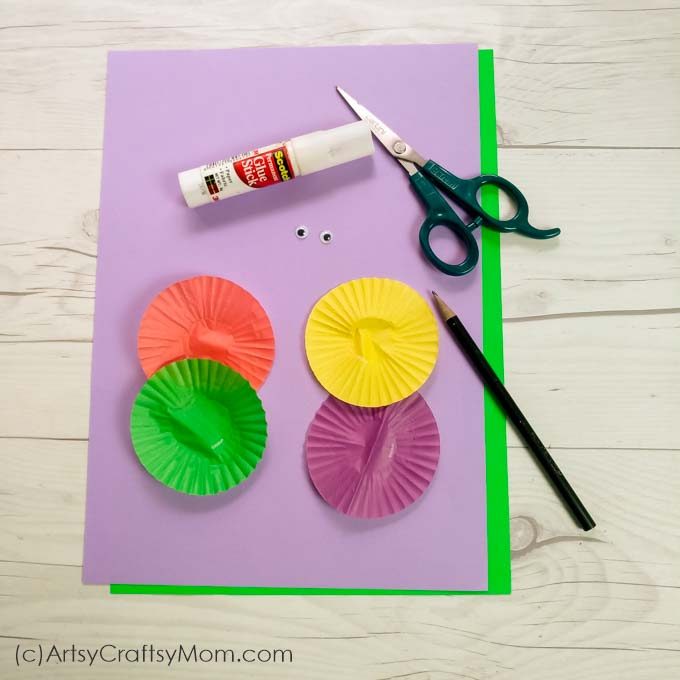 1. To make our cupcake liner dinosaurs, we’ve used a combination of one color craft paper and cupcake liners in two different colors. Decide the color combination you’d like for your dinosaur before you begin.

2. Now, cut out head, tail and feet shapes from the craft paper you’ve chosen. For the body, fold one cupcake liner by half. Cut out spikes from the other liner. 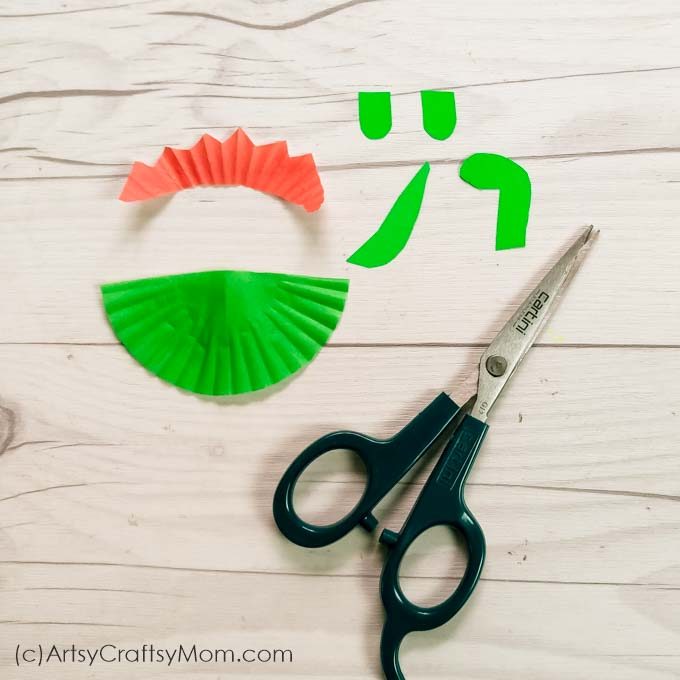 3. Can you believe the tough part is done? Next is assembly – fix the head, tail, feet and spikes in the appropriate positions, sticking them in between the two layers of the folded cupcake liner. 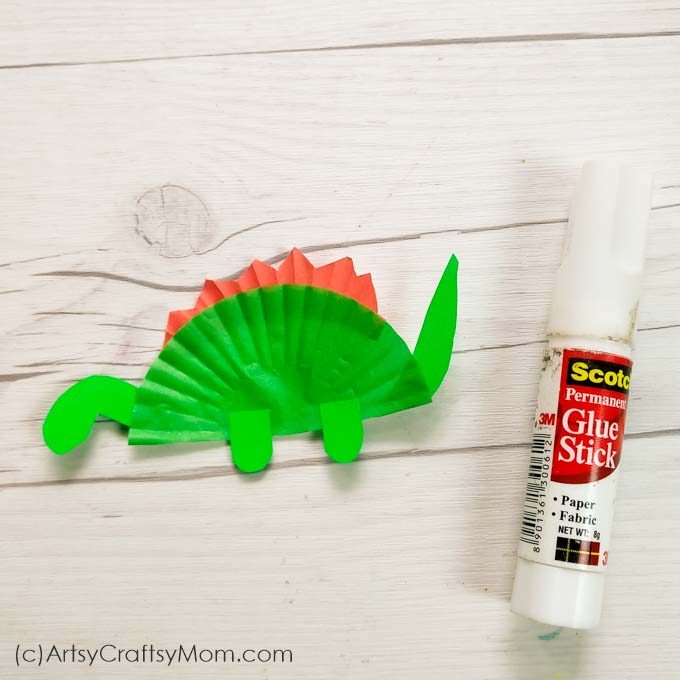 4. Almost done!! Fix on a googly eye and your pet dinosaur is looking at you! 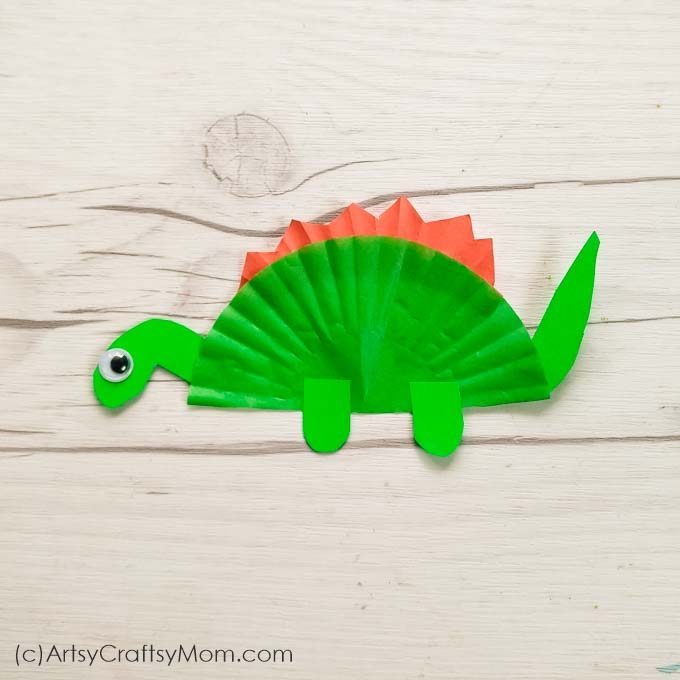 5. Well, now the dinosaur does look a little lonely, doesn’t he? So why not make him a companion, as well as a place to live in? Create a background with brown and blue craft paper. Add some texture by using cotton wool for the clouds and textured paper for the sky and ground. And don’t forget that volcano! 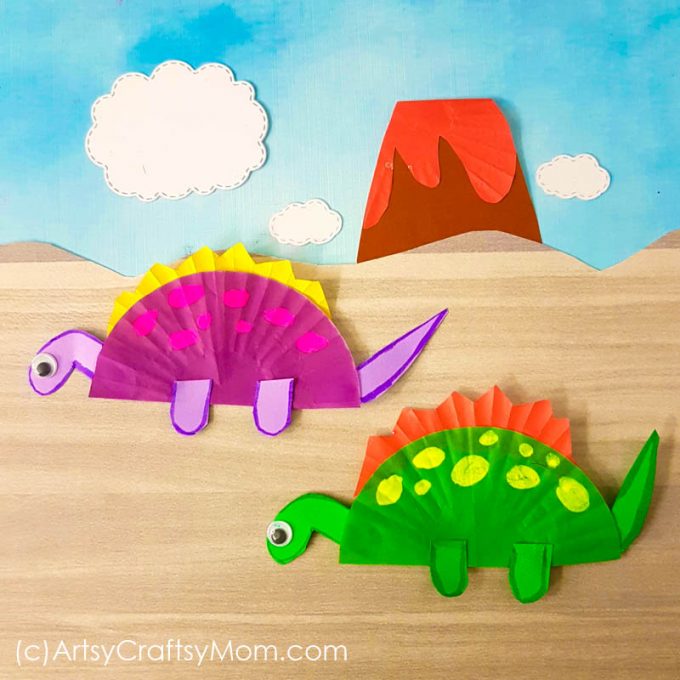 Now your cupcake liner dinosaur craft is complete, and those little guys look perfectly at home! You can make many of these and string together for a garland for a dinosaur party. Or go ahead and check out our other dino-theme crafts – Egg Matching Game, Alphabet Sequencing Puzzle, Addition Game, Memory Game, Shape Match and Pom Pom Mats. Yes, we have everything a little dino-lover needs to stay occupied! 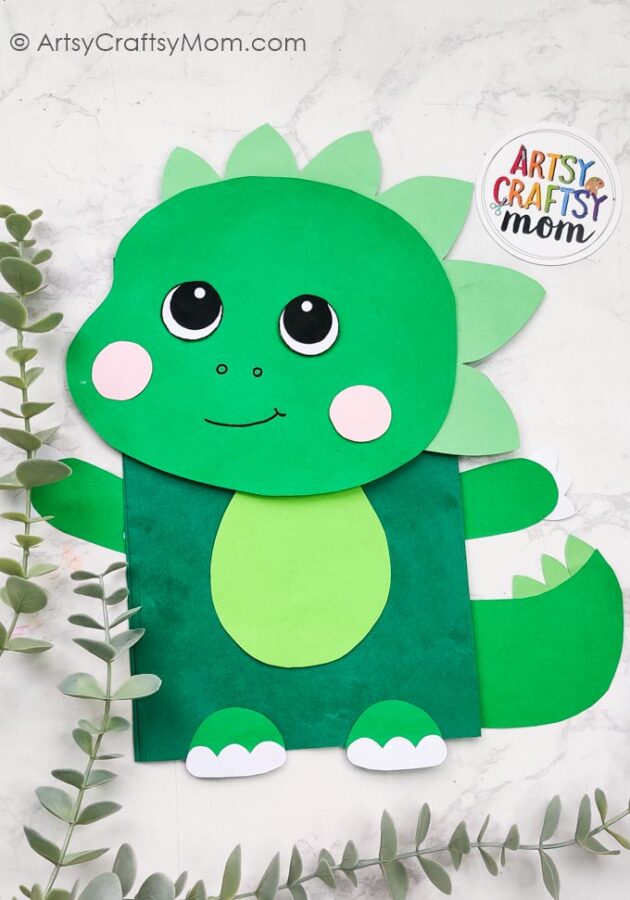 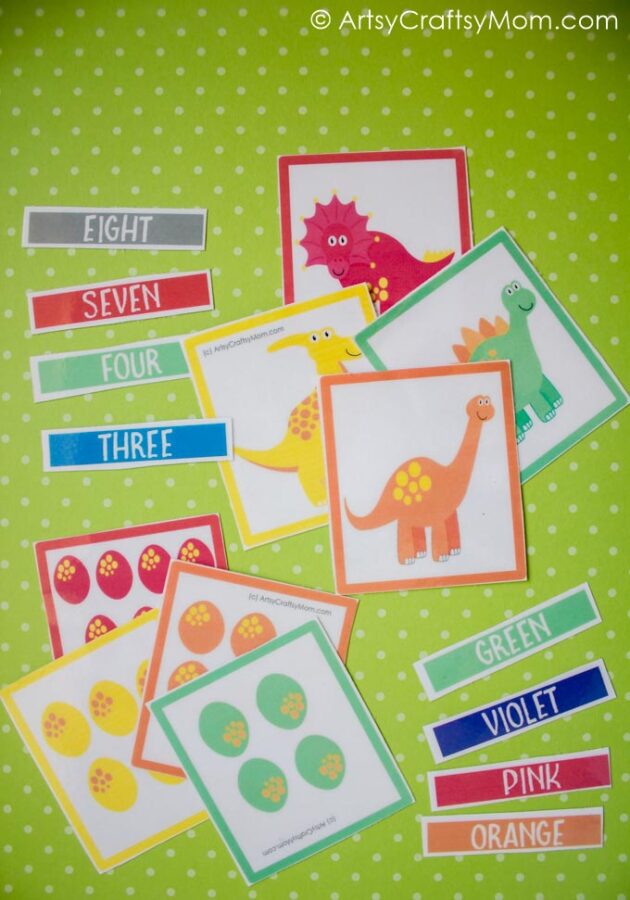 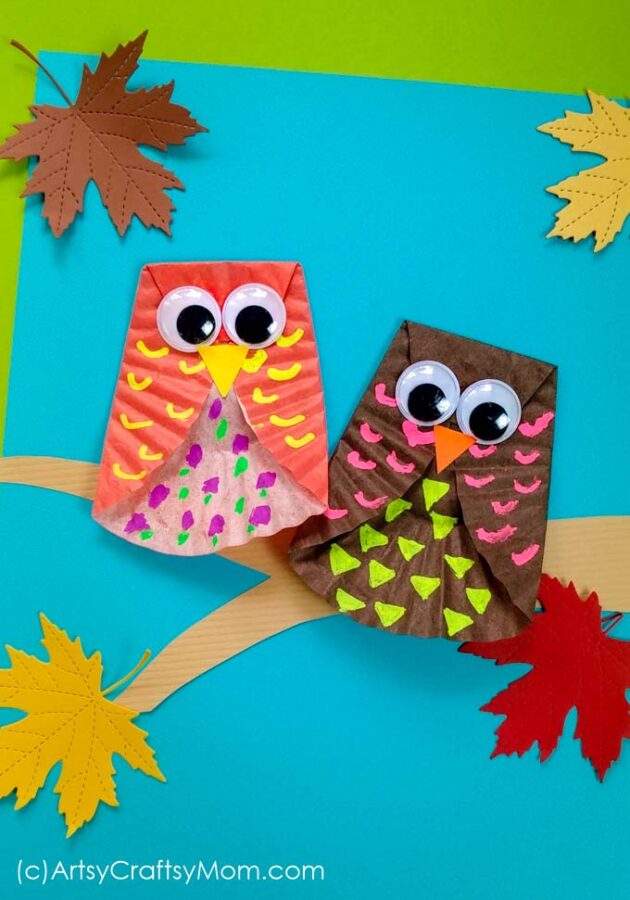 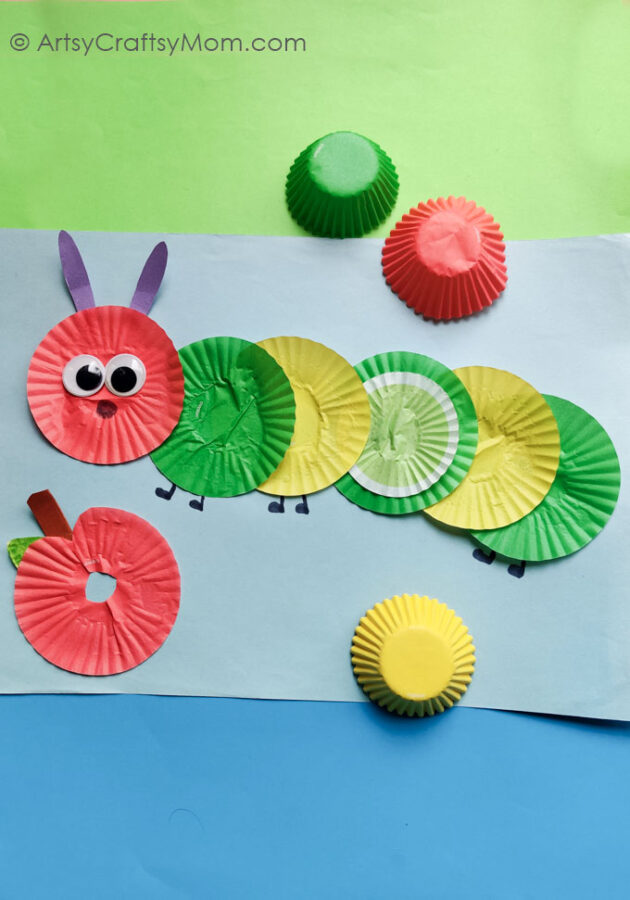