Kids will love this adorable cupcake liner owl craft, made with Fall-themed colors and embellishments. A really simple project that’s perfect for little kids too!

If you think about the books you read as a kid, I’m pretty sure you’ve come across an owl or two. And more often than not, they’re depicted as these sage, wise creatures, perched atop a tree branch, doling out advice to other not-so-wise jungle animals.

So are owls really as wise as they are made out to be? Well, if the owl in Winnie the Pooh is any indication, we know they aren’t! But that doesn’t put a brake on the owl craze that’s everywhere – clothes, jewelry, toys and of course, owl crafts!! Come to think of it, owls are pretty cute! So we’re also joining the owl bandwagon with our very own cupcake liner owl craft – made in fall theme colors and embellishments to give it a seasonal twist! 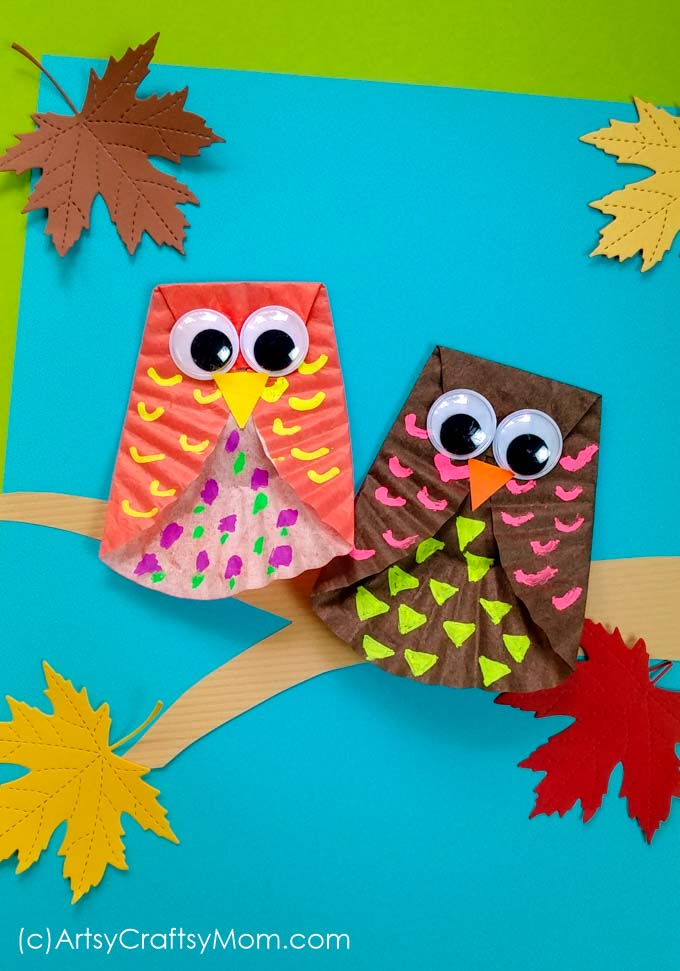 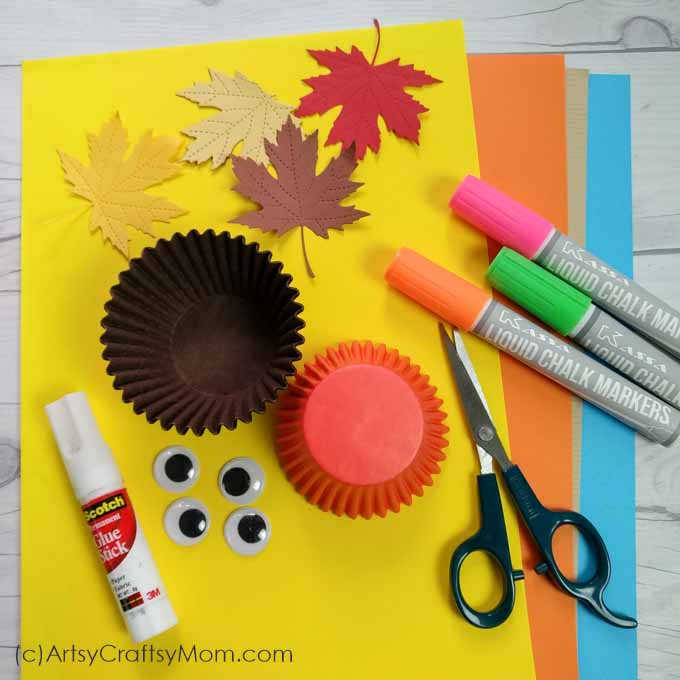 How to make the Cupcake Liner Owl Craft for Kids:

1. Start by flattening out the cupcake liners to get circles. Be careful not to tear them. 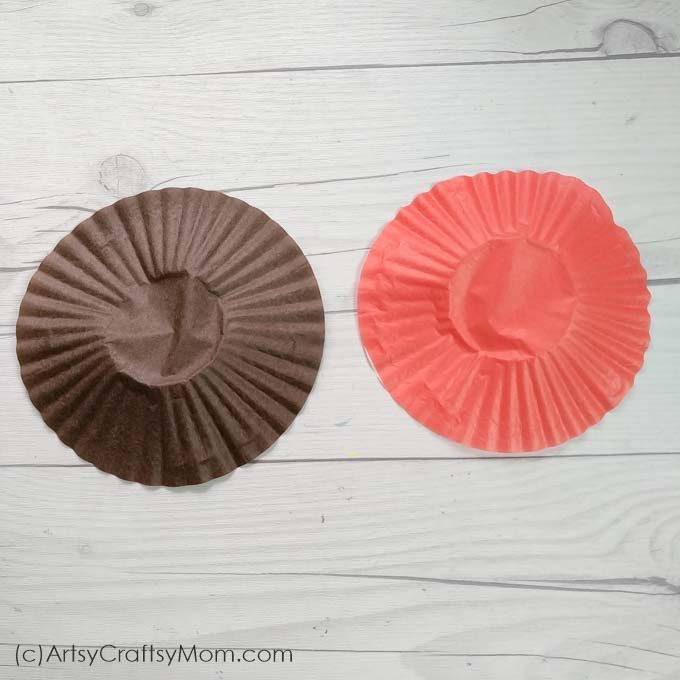 2. Fold the liners inward from both sides, leaving a narrow gap in the center. The gap should be narrower at the top and wider at the bottom. (Refer image below) 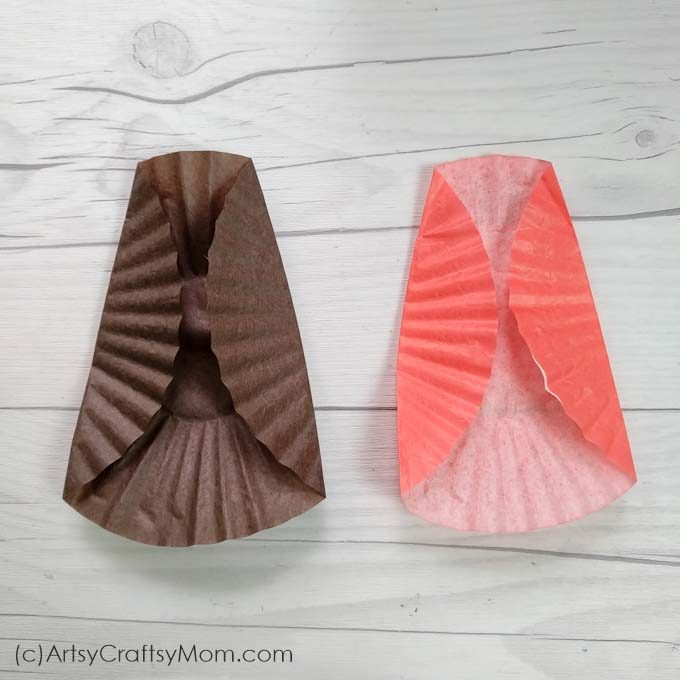 3. Make a small fold from the top facing downward. Bring out your chalk markers and go nuts decorating the owls’ wings and tail. 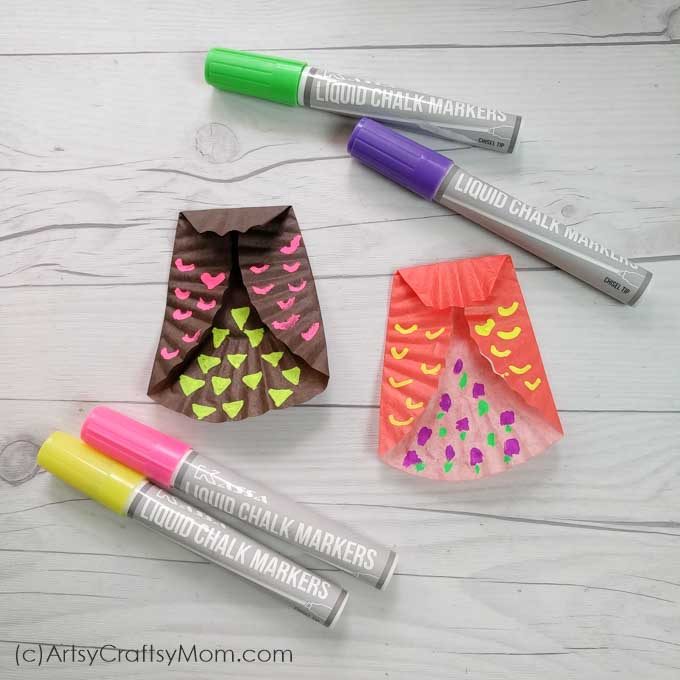 4. What’s our owl missing? A beak!! Cut out small triangles from the orange and yellow craft paper for beaks. Then cut out a branch from the brown paper so our owls have a place to sit on. 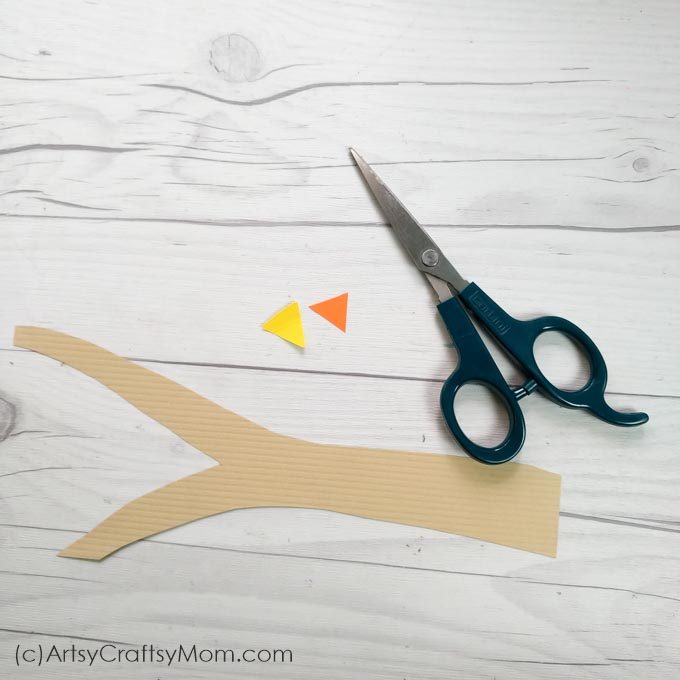 5. Time to put everything together! Attach the googly eyes and beaks on the owl’s head. Assemble the branch and leaf embellishments on a blue background and finally fix our owls on the branch. All set! 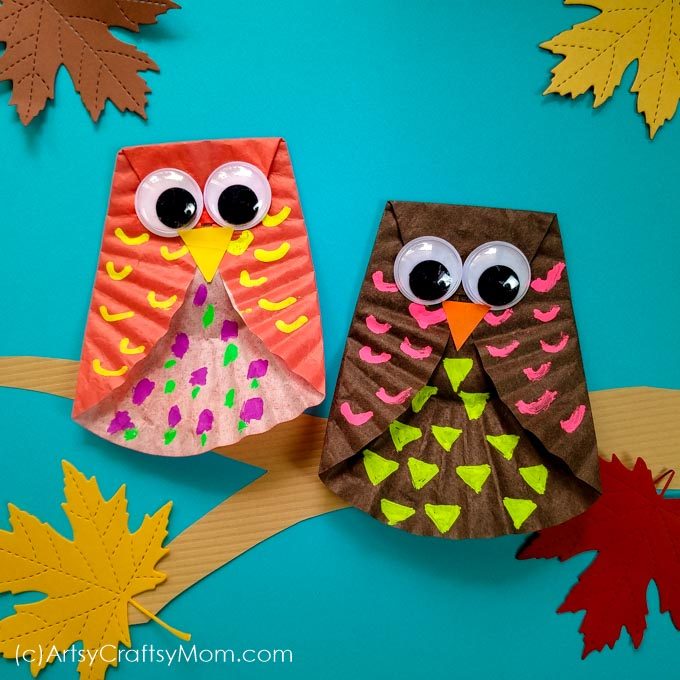 Cupcake liner crafts are usually simple, but I bet you didn’t expect this cupcake liner owl craft to be sooo easy!! These are so cute – just look at those great big eyes! Since you can make a bunch of these in a short while, you can make one for your classmates or as a topper for a gift this Teacher’s Day. They’re also perfect when learning about birds, nocturnal creatures or woodland animals. I’m sure you can think of more ideas, so put your thinking caps on while I go and make some more adorable cupcake liner owls!