* Text in italics are Lil P’s own words

So Lil P started her school on 8th June. She is now in Sr Kg. … this is the third year of school and we are pretty chilled out abt it. Lil p was very excited to meet her friends, her new “biggggggg” class .. I’m now in upper Kg mumma.. cos my class is in the upper floor!!  ..

This year we did not opt for cafeteria food, instead chose to send her a box from home.. The school provides breakfast at an extra charge. While we were ok with the food they gave, Lil p seemed upset that she had to leave her friends in the class and go down to the cafeteria to eat. Mumma I miss my friends soooooooooo much. Their mumma sends them healthy food from home only.

The first day of school I packed bread butter jam, chocolate cake n chocos [ her choice] .. and she ended up eating the chocos in the class n bread in the bus on her way back.. No wonder that her dabba remained half eaten. So yesterday, I told her to eat healthy food in the class n junk food in the bus .. mumma.. is chocos little bit junk food or too much junk food?  .. If I say Little bit she will eat it else she will not touch.. My teacher said this.. my teacher said that are how all her sentences start these days.

Lil P can now say her full name, our names, our address [rt upto the pin code] and her dad’s mobile number even in her sleep. She also knows which bus she has to board n which bus will drop her to the day care. Every year we struggle with the school bus with her pick up point & drop point being different… This year too the transport desk had messed up her drop point and bus #. So we [ hubby n me] went to the school on 8th, spent 1 hr at the transport desk getting things sorted .. and that guy forgot to give the updated list to the class teacher [!!!!] .. n so Lil p was again roaming around bangalore till we could figure out where she was.. At 12.40 I called the day care to check if she had reached.. no signs of her till 1.. When we tried the school number it was busy.. then I called the driver of bus 6 which she was supposed to have boarded. No sign of her there. He said nobody by name lil p was on his bus. Now we freaked out.. so we called the bus that had picked her up.. n she was not on it too.. While my hubby was trying the school number, I thought let me try calling each bus sequentially. and finally located her on Bus 7.. Apparently the drop point was written as our house address [ which is a big aprt complex with over 380+ Flats ] .. n so the teacher waited a the gate for some1 to pick her.. n when no 1 came, they proceeded to drop other kids n take her back to school. By now my husband had really lost his cool and had reached the school fuming.. I’m just glad I located her before he could get hold of the transport guy. The bus finally dropped her at her day care at 2 PM. What was Lil P doing in all this… Ohh she was sharing her cake n chocos with the other kids in the bus having a good time. Thank god for small mercies.

Some of the current milestones
She is now 41 inches tall. I haven’t got down to checking her weight yet.
She can skip n hop albeit clumsily.. but its a start.
She can tell the time correctly 90% of the times. time like 7.55 gets her confused n she says its 8.55
Red is still her fav color.. but I  like pink and purple also
She is very curious about new English words that she hears .. she uses words like anxious, surprised , excited, happy , confused, scared correctly..
She is also in a tantrum throwing phase … where she demands attention.. I should not go to the loo unless I ask her permission .. and she kicks if she is ignored or reprimanded.. but if i give her a hug she gets back to being the sweet girl that she is.. So I guess its just for attention..

She loves being around adults and is generally social n happy, lapping all the attention. But in a group of kids she tends to play on her own.. or mingles only with her closest friends. If I take her to the park, she plays alone.. and will rarely join a group of kids. I’m a little worried about this..

Some funny incidents from the past month…

Lil p spent her holidays with my parents in Belgaum.

On phone with my mom just before we started for Belgaum
ajji, I have 100 days holiday thats y I want to spend it with u.. What surprise will u give me when I reach there??
my mom: Umm.. I’ll give u lots of hugs, n kisses.
Lil p: thoughtful.. ajji.. but please will you also buy me a present? I cannot get your hugs n kisses back with me.. n I’ll miss u so much when 100 days are over.. thats y u buy me a gift so that I can remember you for ever n ever.


During her holidays on phone with me.

mumma.. I’m having a lot of lot of fun with ajji. But I miss you sooo much. I miss u from the floor upto the ceiling..


Everyday she would make my dad count upto 100.. she was the teacher and my dad was her student..
Everyday my dad HAD to take her to the park for 2 hrs.. n they would have a running race and she HAD to win each time.. as a consolation she said – ajoba, don’t worry. You are not last.  I am First and you are second.. nobody has to be last.


for all the things that mom cooked – Ajji. its delicious [ pronounced as delissuss] . Yummy.. Its the best dinner in the whole wide world.


I had couriered some CDs to my dad n Lil P was eagerly awaiting their arrival. When she asked my dad why it was taking so much time.. My dad said.. That the CDs were traveling in train and then they would reach home. She burst out laughing and said – Don’t be silly Ajoba.. CDs can’t travel in train. Somebody has to carry them. They don’t have legs only!


She is the first kid to burst into tears (crocodile ones) if she falls n we are watching.. if no one is around, she will not even utter a sigh. We have nicknamed her “natak-company”


Language part she is still struggling with sh.. so push is now pus.. Shruti is sruti.. Fish is fis.. You get the drift. Its so funny. Shes trying to say complicated words like antibiotics, appreciation .. and is managing quite well.


[Only Kannada speaking persons might understand the joke. my apologies]
My MIL was trying to teach her Kannada.. she taught her beku [ I want] beda , [ I don’t want] , saku [ enough] haku [ put] .. in the middle of a conversion Lil p suddenly forgot what to say when she didn’t want something.. so she piped up nange not beku  .. instead of beda.

When she was sulking in a corner my husband went upto her and asked … sitta?? [ Are u angry? ] & she replied no. standaa [ because she was standing and not sitting] LOL.

There are sooooooo many funny conversations that I don’t remember anymore.
Some pics from the last month. Trip details and more pics in next post. 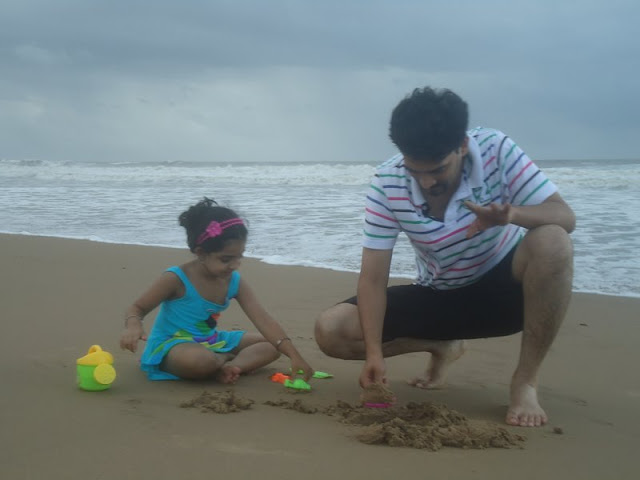 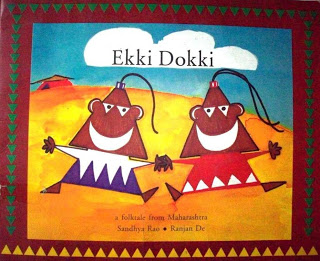