This list of Frozen Crafts for Kids will be more than enough to keep you busy all winter! Features multiple Frozen characters including your favorites!

We’ve often heard the phrase that one person’s trash is another person’s treasure. This also applies to things that are sources of wonder for some while being an utter nuisance for others. Take snow for instance – people living in tropical countries think it would be amazing to play around in the snow, while there are those who are tired of shoveling snow out of their driveways!

The fascination with snow is understandable, considering only about 31% of the Earth’s land sees snow every year. Take into account that only some portion of that area is populated and you see why most of us living today have never seen snow!

Since it’s still snowing in many parts of the world, we think it’s a good idea to celebrate World Snow Day on 15th January – with some Frozen crafts for kids. And no, we’re not talking about putting your craft supplies in the freezer, we’re talking about the iconic movie that made snow more fascinating than it was! This is going to be a treat for Frozen fans out there, with lots of little trivia hidden inside! 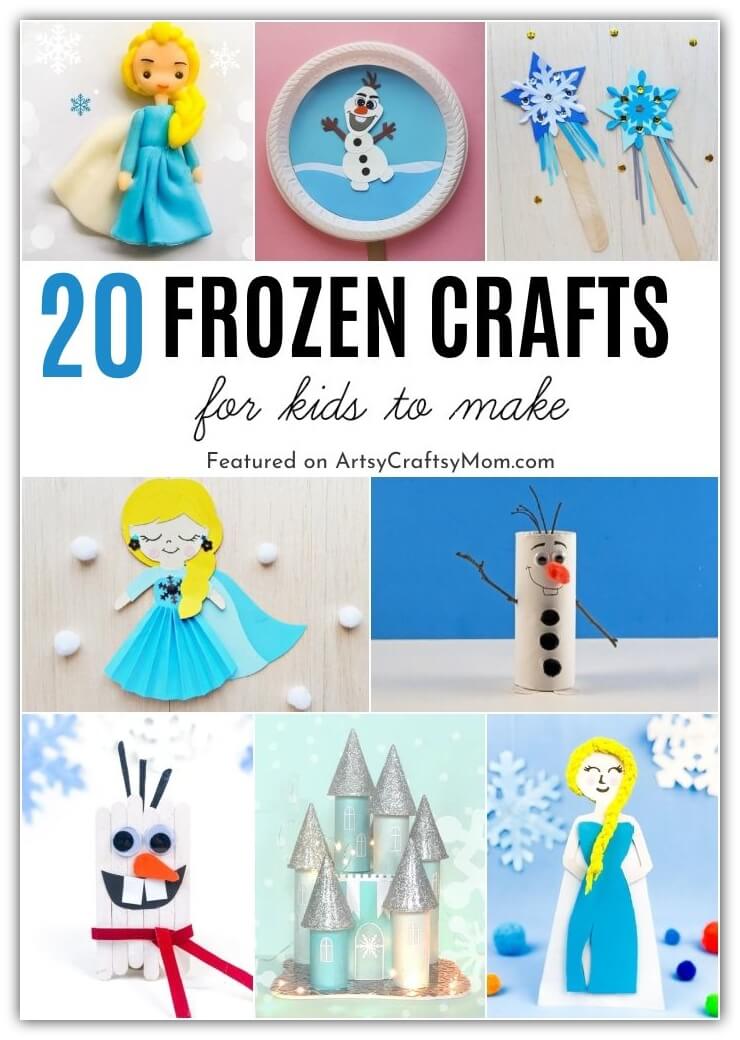 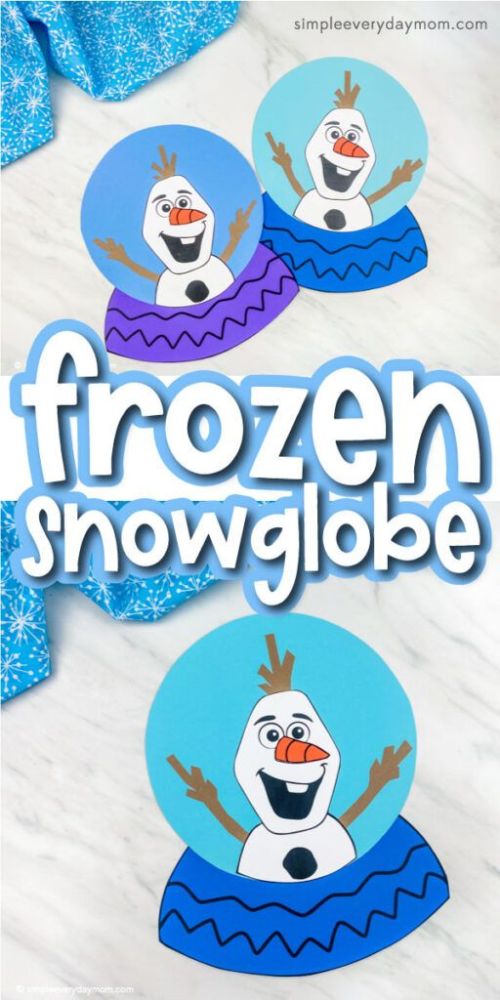 Frozen came out in 2013, but Disney had wanted to make the move ever since the 1930s! They went through many cycles of considering the storyline and shelving it until it finally came together as the movie we know today. That explains the smile on Olaf’s face in this cute craft from Simple Everyday Mom! 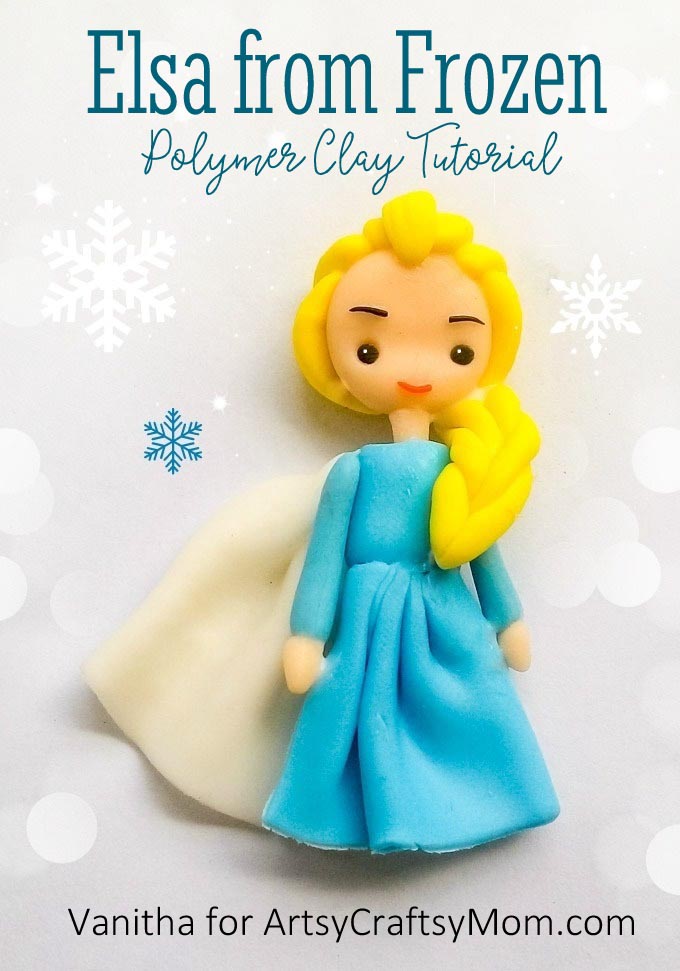 The basis for the movie is the story ‘The Snow Queen’ by Hans Christian Anderson. The original story was about a brother-sister duo – Kai and Gerda – and an evil Snow Queen. Elsa is based on the Snow Queen, but as we know, she’s anything but evil! 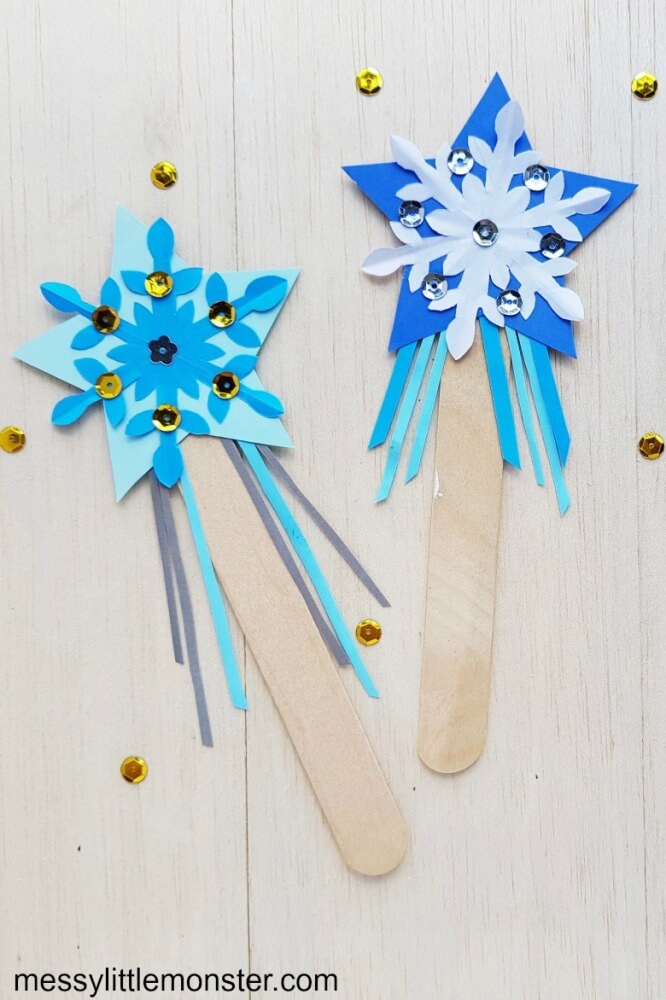 The movie Frozen is all about sibling love, and that is something that deserves to be celebrated. Messy Little Monster shows us how to make some pretty Frozen crafts for kids that you can share with your sibling as you go about creating magical spells of your own! 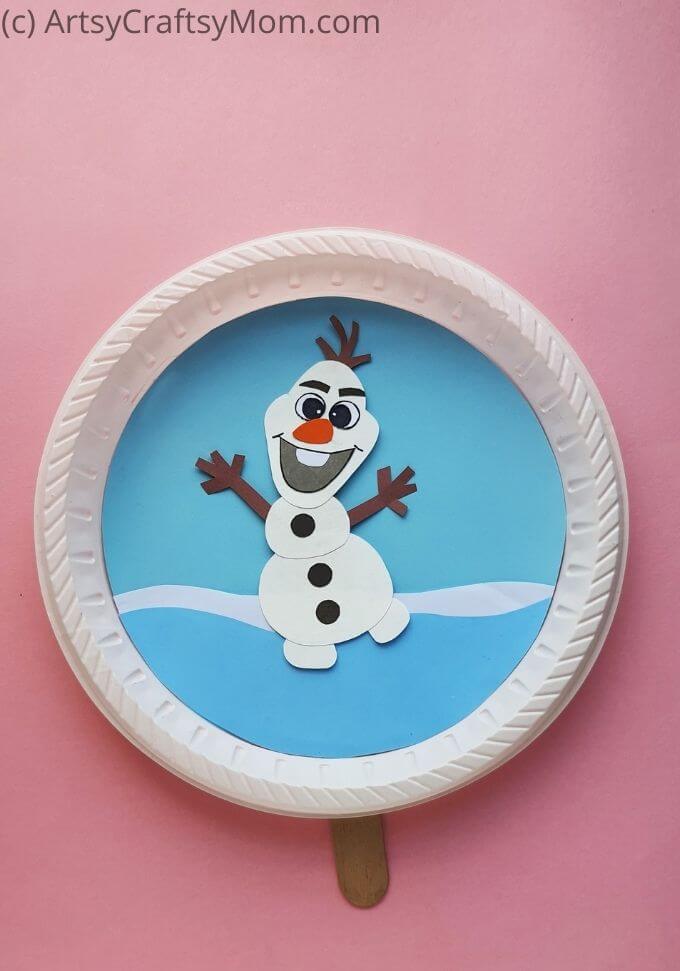 In the initial drafts, Olaf was an evil sidekick for Elsa, who was written as a villain. However, as the storyline changed, Olaf went to becoming Anna’s partner, and a lovable one at that! Watch Olaf prance around in this easy puppet craft. 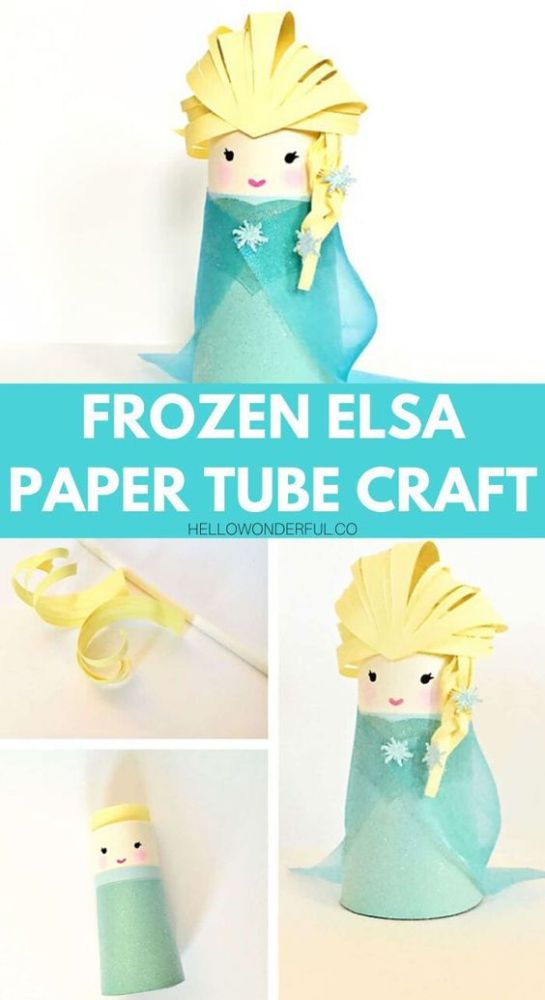 Hello, Wonderful shows us how to create Elsa out of a cardboard tube, complete with that gorgeous hair and robes. It reminds us of Elsa singing ‘Let it Go’. The song went on to win an ‘EGOT’ –  Emmy, Grammy, Oscar, and a Tony – making the writer, Robert Lopez, the youngest person to win it. 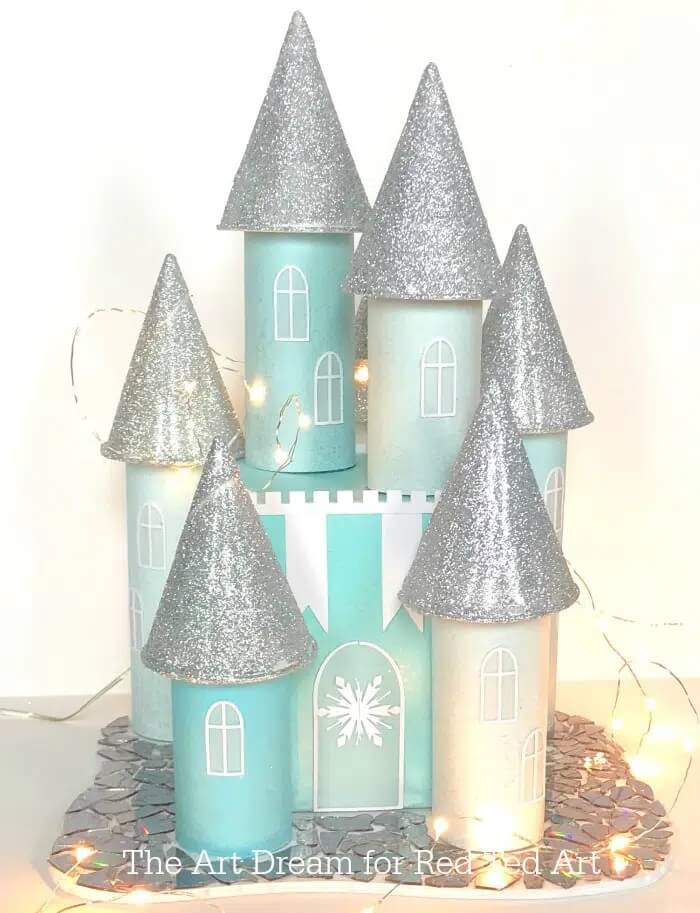 Elsa’s Ice Castle looks amazing in the movie, and we love how Red Ted Art has recreated it with toilet paper rolls. In reality, it took a lot of animation and special effects efforts, as well as real-life trips to ice hotels and places of deep snow so they could create as realistic an effect as possible. 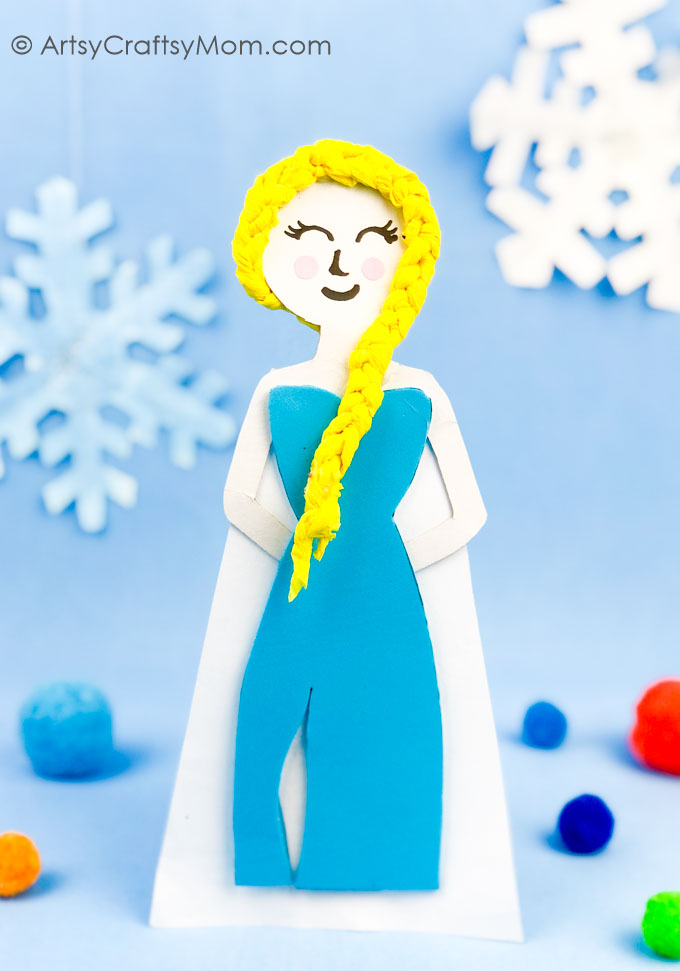 Frozen was nominated for two Academy Awards – and they won both! Frozen won Best Animated Film and Best Original Song for “Let It Go.” Now even if you can’t have an Oscar on your desk, you can certainly have some Frozen crafts for kids! 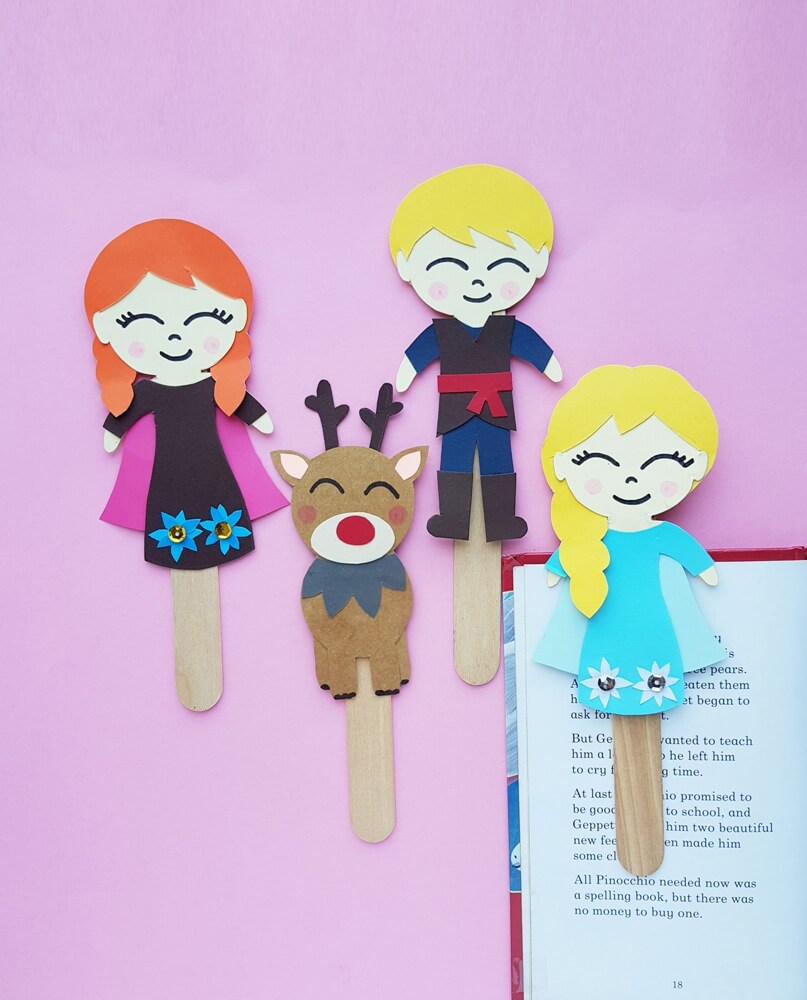 You can’t have a list of Frozen crafts for kids without mentioning the reindeer Sven! It seems that a real reindeer was brought into the studio so that animators could study it properly and get the final version right down to the last detail! If you don’t want to go into all that effort, you can try out this easy craft from Kendall Rayburn – includes Sven and others! 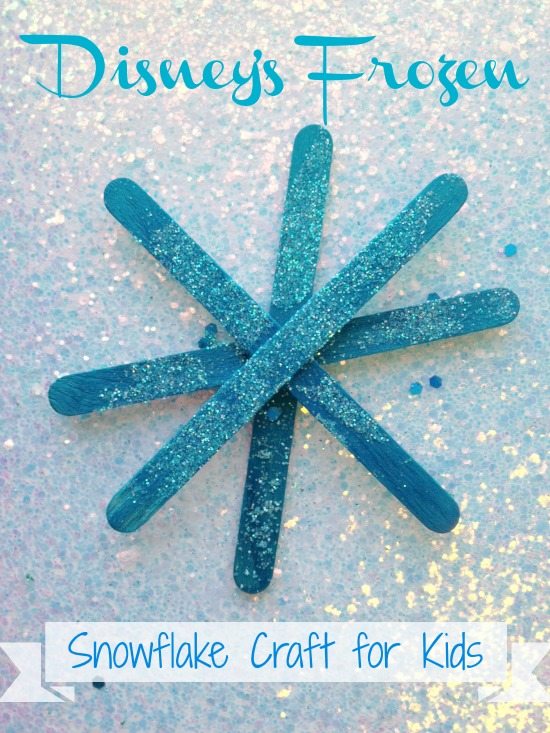 Frozen is, well, frozen, so there’s bound to be lots of snow! In order to create realistic snow, animators brought in snow experts – yes, they exist! Don’t worry if you don’t have any snow experts on speed dial – this project from Thrifty Diva should do the trick!

One thing most people remember about Olaf is his big goofy grin, and that’s what we’ve tried to capture in this craft! All you need are basic craft supplies and you’re all set to make your very own Olaf! 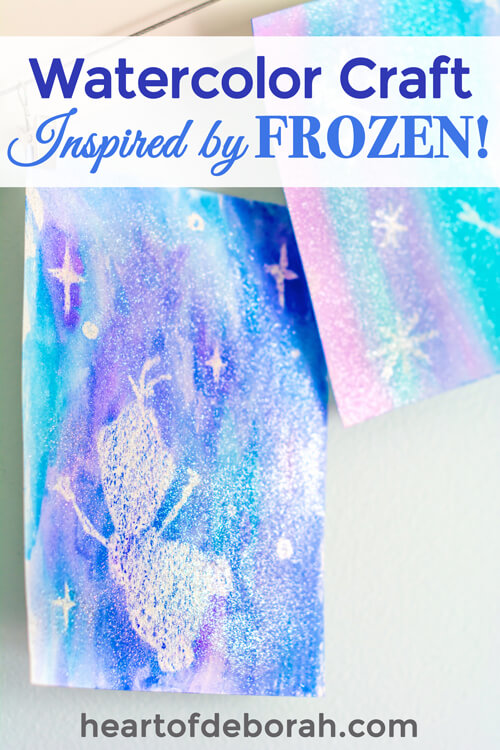 ‘Let it Go’ was fifth on the Billboard singles chart, and the movie’s complete score topped the album charts for a whopping 13 weeks non-stop, going platinum thrice! Listen to the soundtrack once more as you create some beautiful watercolor art from Inspired Motherhood. 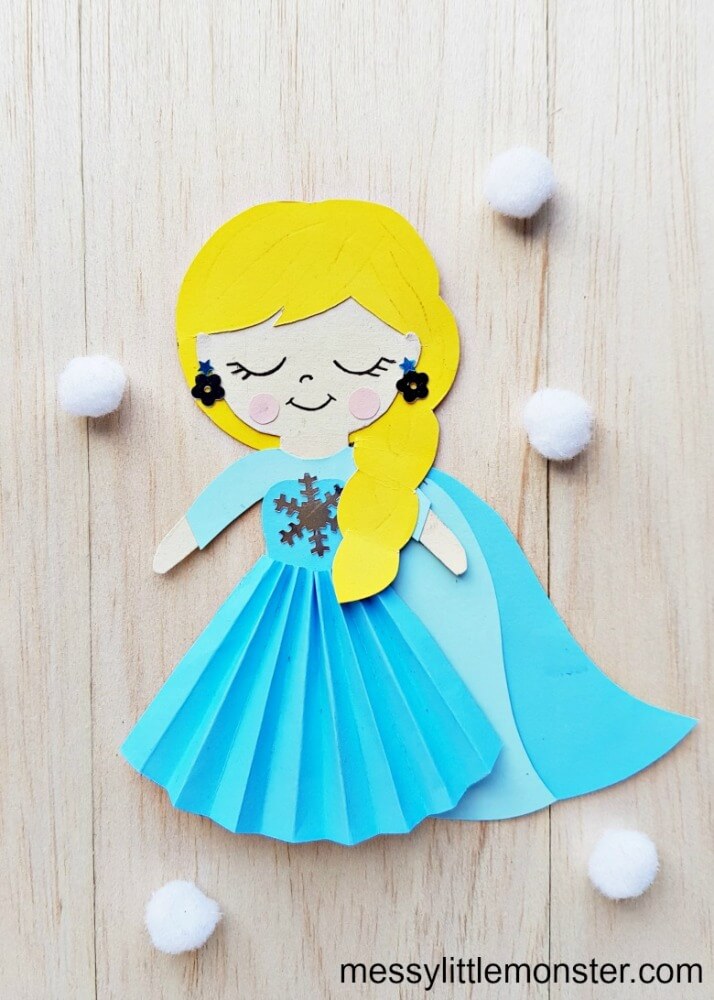 Frozen became so popular that parents started naming their baby girls Elsa! BabyCenter reported that the name made it to the top 100 most common baby names in the year following the movie’s release. Now you can have your very own Elsa at home too – with this cute craft from Messy Little Monster! 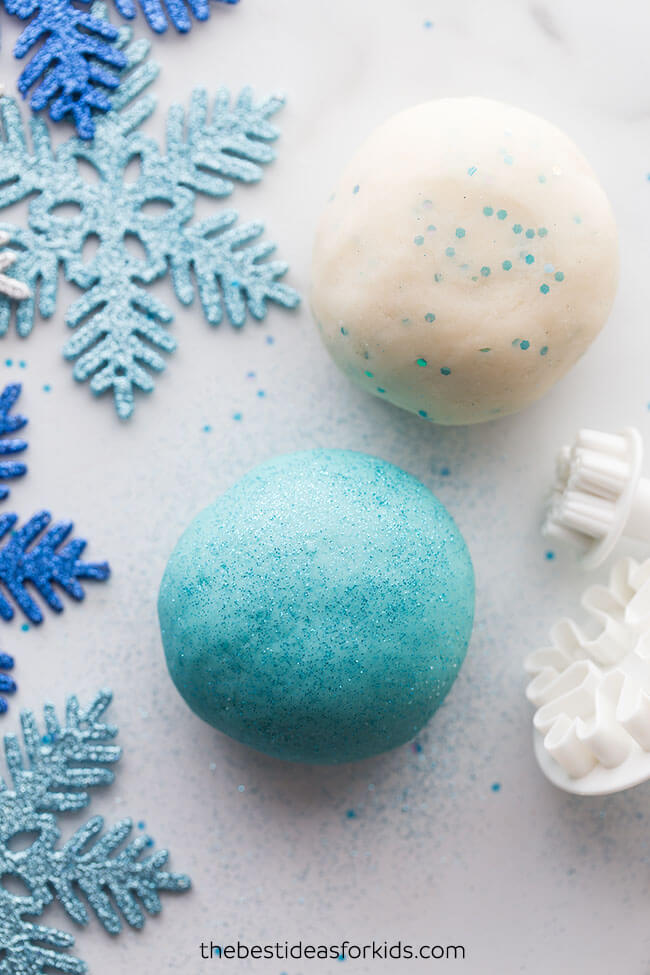 Frozen became so popular that the makers soon released Frozen II in 2019, which went on to become the second most successful animated movie ever, coming right after ‘The Lion King’. Enjoy a rerun of the movie at home, while you keep your hands busy with Frozen crafts for kids, like this play dough from The Best Ideas for Kids. 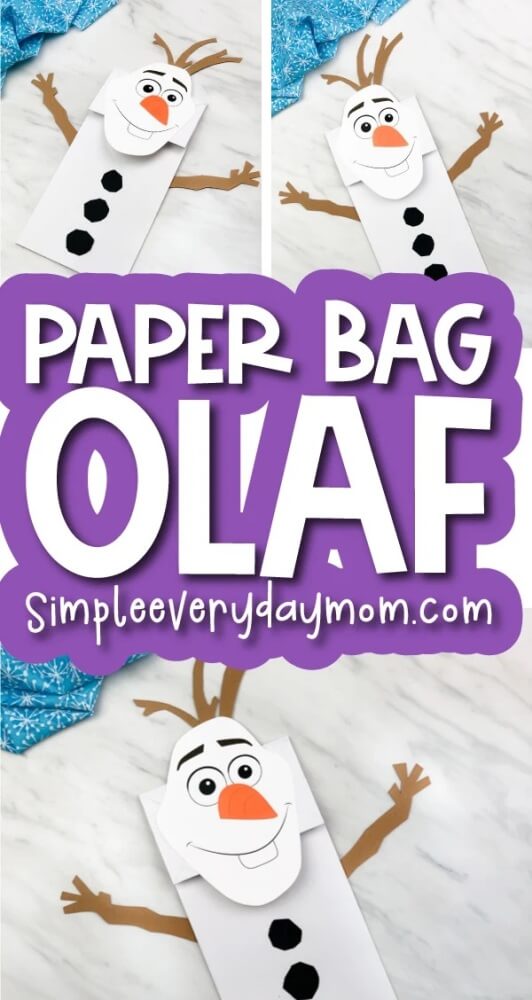 Wouldn’t it be fun to have someone like Olaf by your side all day, saying funny and inspiring things alternately? Well, now you can become Olaf yourself, with this cute paper bag puppet from Simple Everyday Mom. 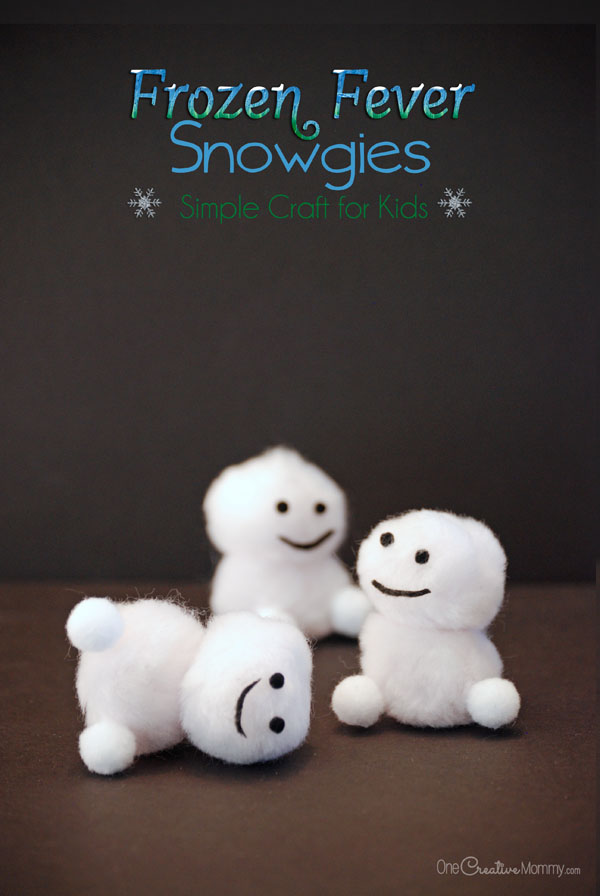 We absolutely love these adorable snowgies from One Creative Mommy as an addition to this list of Frozen crafts for kids. Snowgies first appeared in the animated short called Frozen Fever. They were created when Elsa sneezed – the more she sneezed, the more Snowgies appeared! 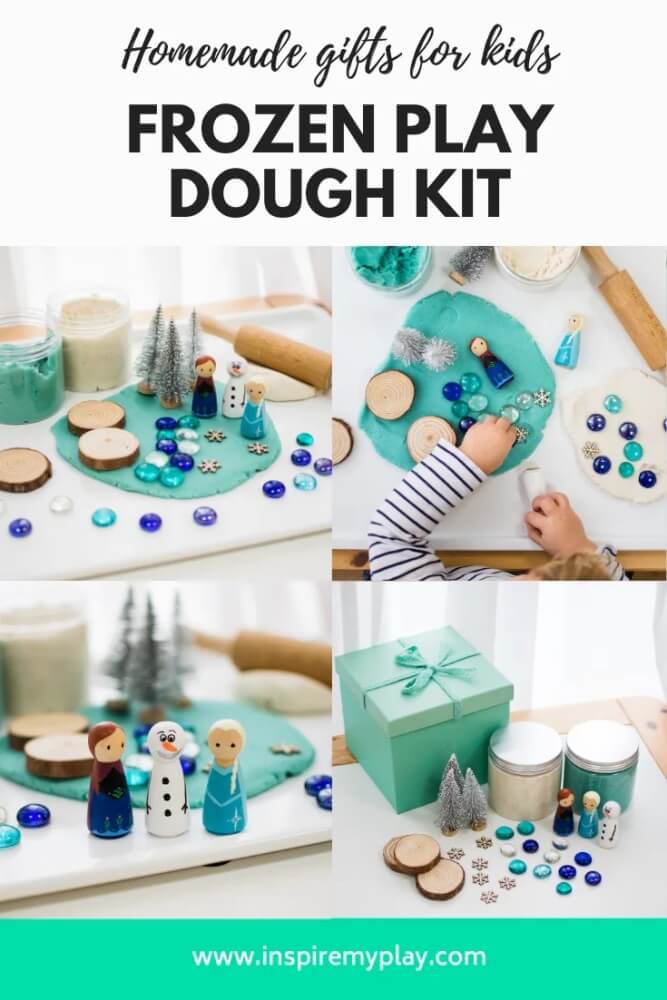 Frozen is set in Arendelle, a fictional country that is based on the terrain of Scandinavian countries like Norway, Finland, and Sweden. Create your own Arendelle landscape with this DIY play kit from Inspire My Play. 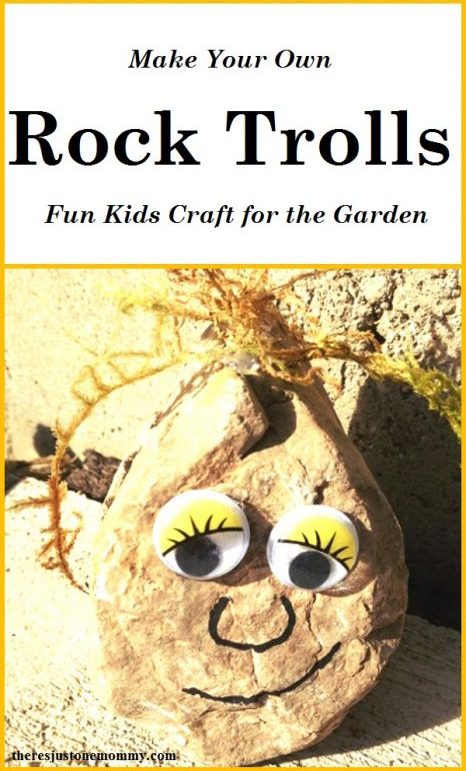 The Rock Trolls are characters that don’t get the attention they deserve, which is why they’re getting a spot on this list of Frozen crafts for kids! There’s Just One Mommy shows us how to make some simple rock trolls using things you find on a walk outside! 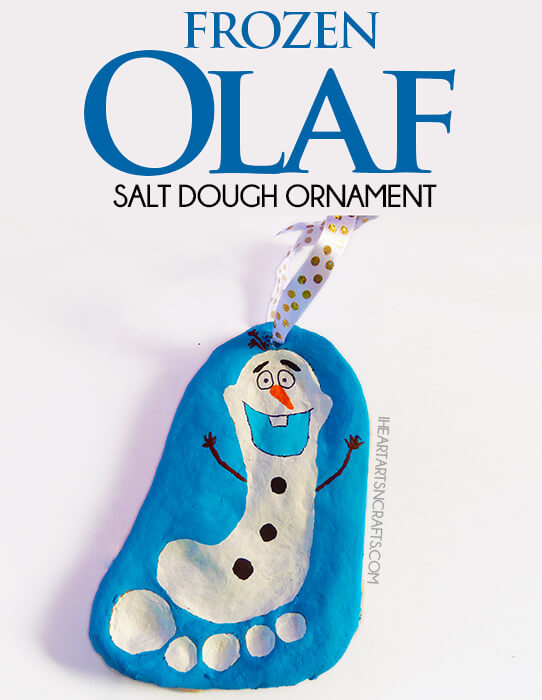 In the movie, Olaf is created when Elsa and Anna are young kids, which is why he needed to look like a child made him. The animator based the character on his own son, so Olaf would have that childlike innocence, perfectly captured in this craft from I Heart Arts n Crafts. 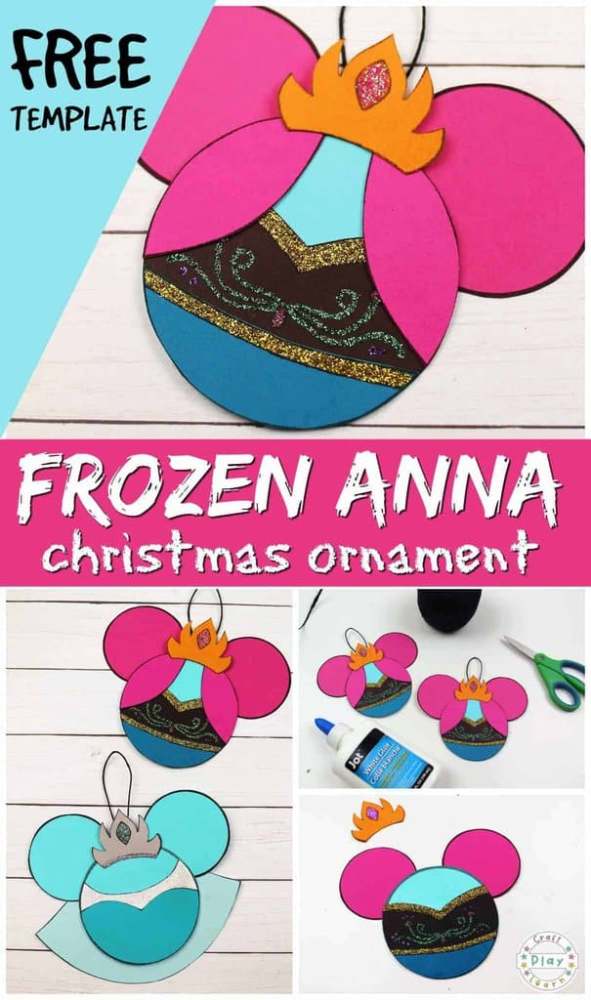 Frozen is the first animated Disney feature film directed by a woman, Jennifer Lee, who decided to focus on the sisters’ bond rather than pit them against each other. We love that thought, which is why this adorable craft from Craft Play Learn features in this list of Frozen crafts for kids. 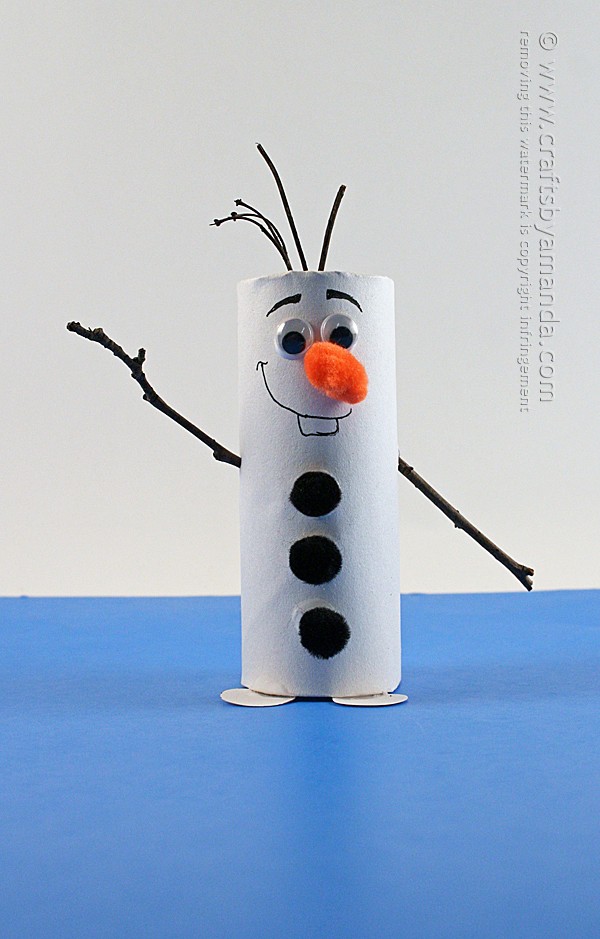 Olaf became hugely popular after the movie was released, having his own spinoff and even going on to secure a spot in the 91st Macy’s Thanksgiving Day Parade, proving he had arrived! Instead of a giant balloon of Olaf, we’ll settle with a cute cardboard tube craft from Crafts by Amanda! 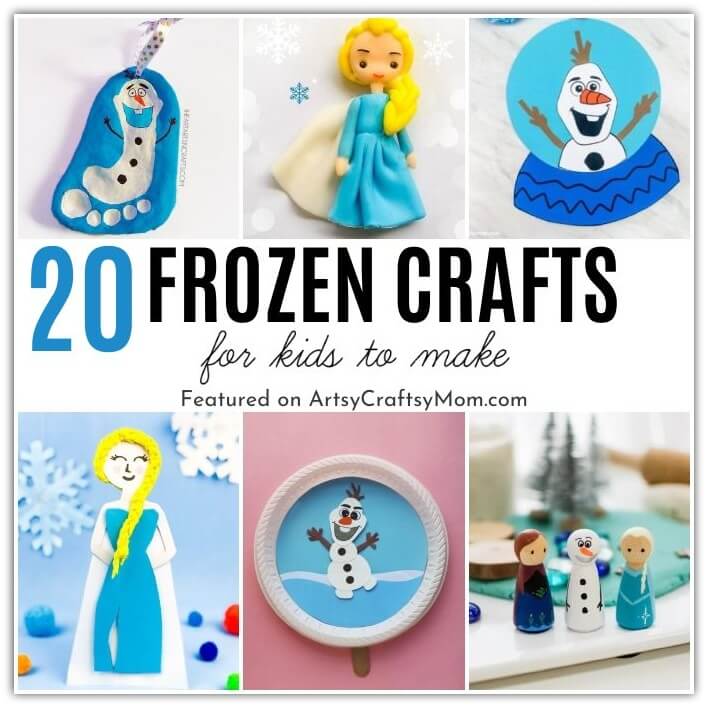 I hope these Frozen crafts for kids have been as informative as they are entertaining. It’s always fun to read more about what went on behind the scenes of your favorite movie or TV show! It helps us appreciate all the effort that went into the movie, and also love the characters a little more! 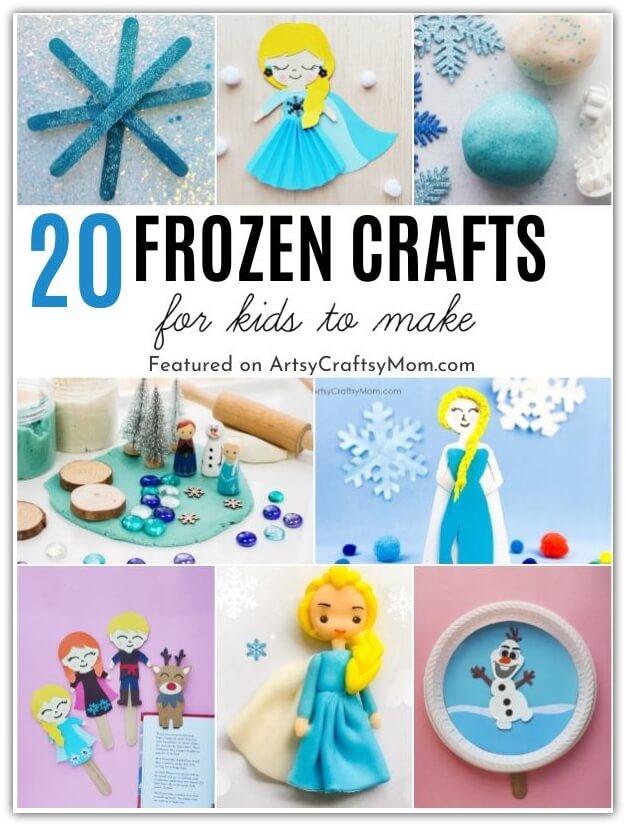 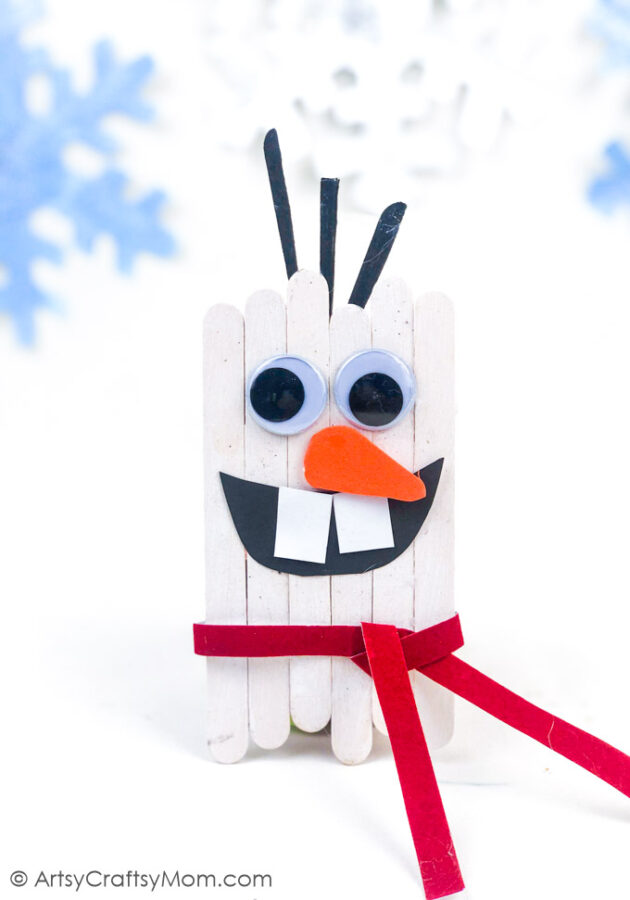 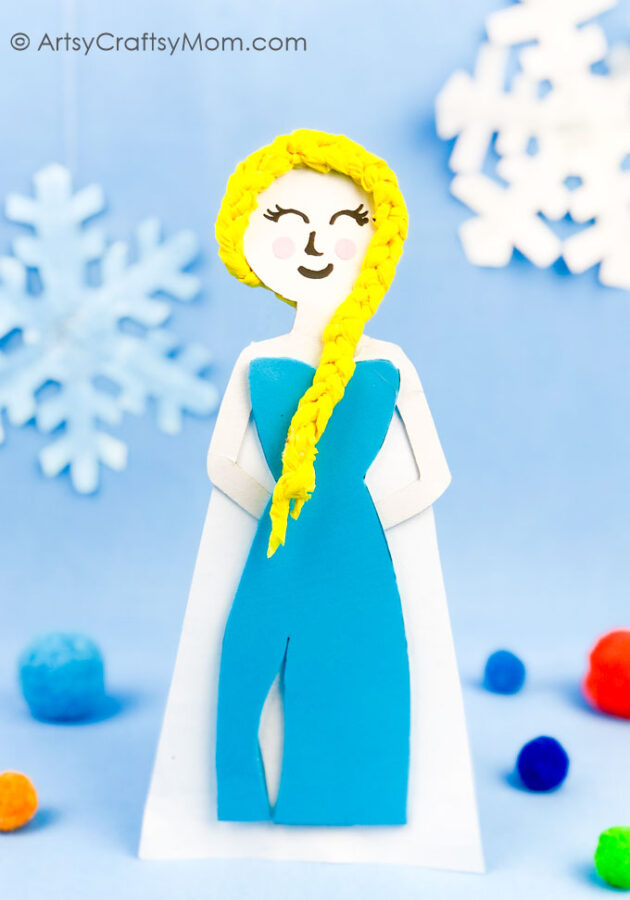 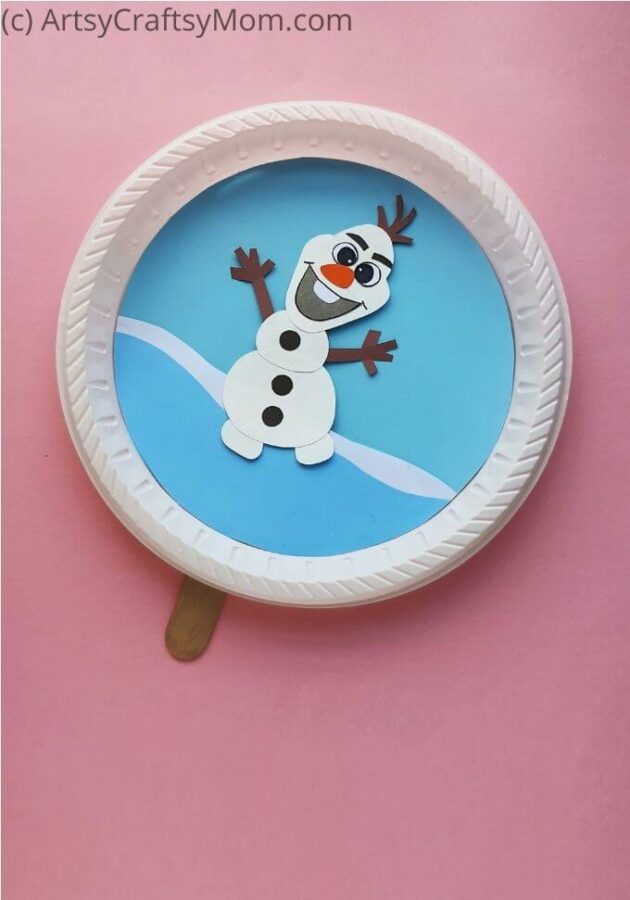 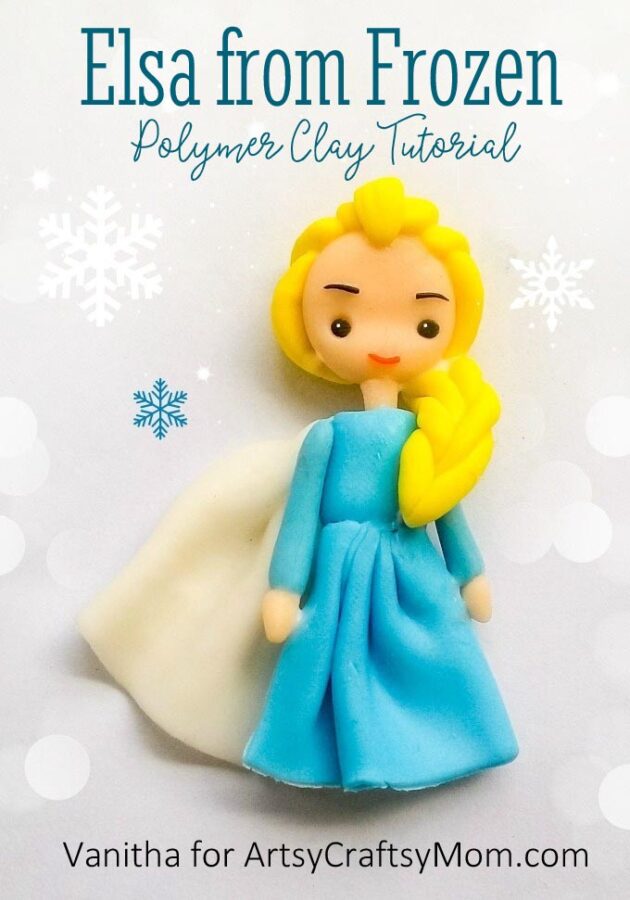