When we were young, watching the parade on TV was a highlight of Republic Day, especially since there were fewer distractions then! But very few of today’s kids are familiar with the grand show that is put up on this special day. A great way to pique their interest is by trying out some Republic Day special activities, many of which you’ll find here.

Today, we’re featuring a special craft for Republic Day, based on the impressive air show that has become a mainstay of 26th January celebrations. This is a super easy craft that even preschoolers can make! 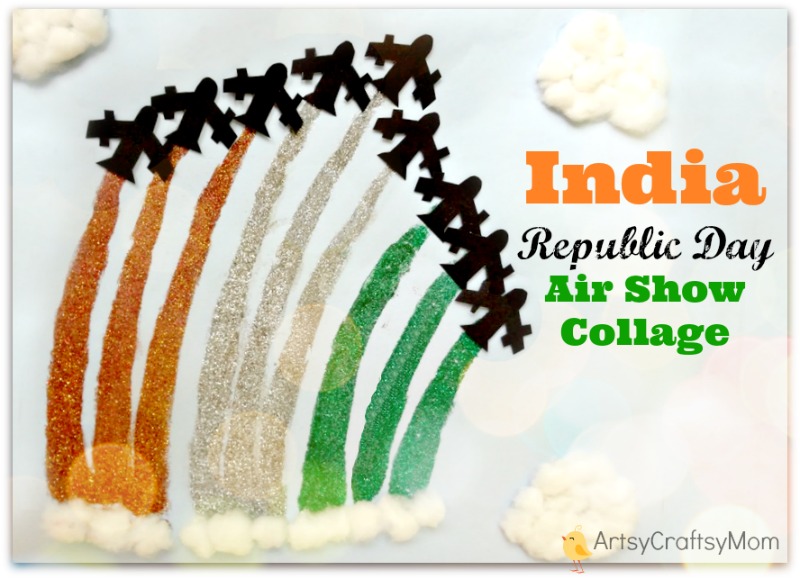 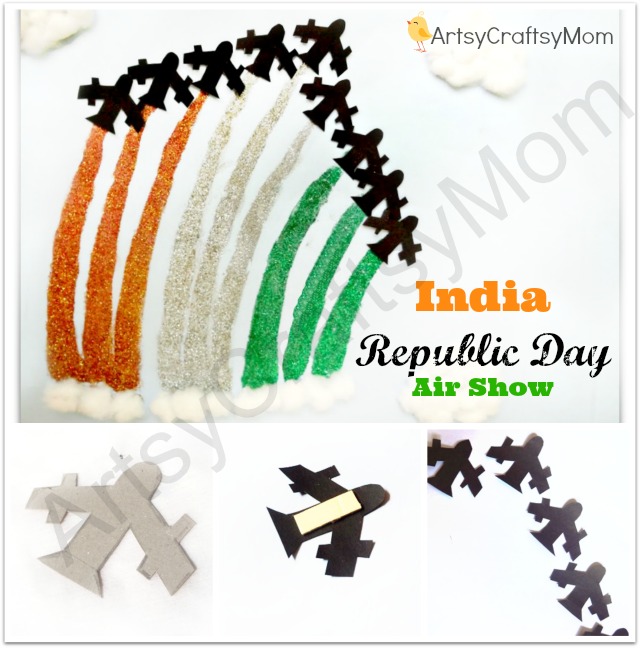 There you go, your very own India Republic Day Air Show Collage Craft – with shiny tricolor! Remember to spread lots of newspaper before you start with the glitter – it can be really messy! You can cut the mess and do a more basic collage with bits of paper in green, white and orange. Don’t be surprised if kids want to see the real Air Show after doing this craft!!