This year too, the birthday party was a last min preparation. As always, I had a lot of stuff to arrange and  the theme took the last precedence.We zeroed in on a Indian Mythological Themed party for Lil P’s 7th Birthday. Thanks Arthi for the lovely idea.. 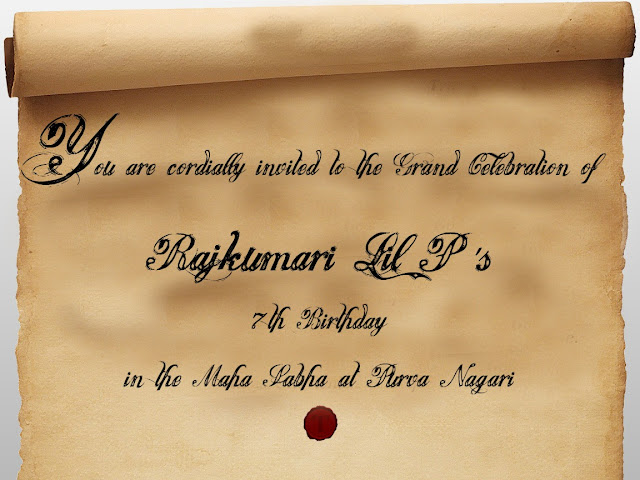 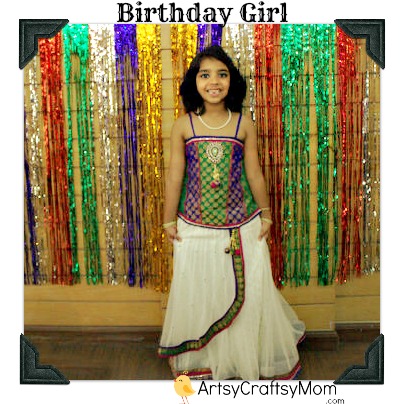 The gorgeous lehenga that Lil P is wearing was gifted by my sister.. Bought it from Roop Sangam (Jayanagar, 4th Block) ..

Decor–
We had a lot of suggestions from the Facebook group Mums in Bangalore & Blr-craft-lovers .. But given the time constraints, we kept it as simple as we could. The party hall was very big and decorating it was a tough job. We decided to stick to one wall only. We found these really cute Bird shaped balloons in jayanagar shopping complex.. They were stuck on walls like a forest theme.. We stuck some “ganesha” decorations – Lil P called it the Rainbow waterfall… on the main wall.

Dress up corner
All the kids were asked to come in an Indian ethnic wear. Once they arrived, they were taken to the dress up corner… Me n mom had cut up golden cardboard crowns and arm bands for the kids. The kids decorated them with shiny stickers. 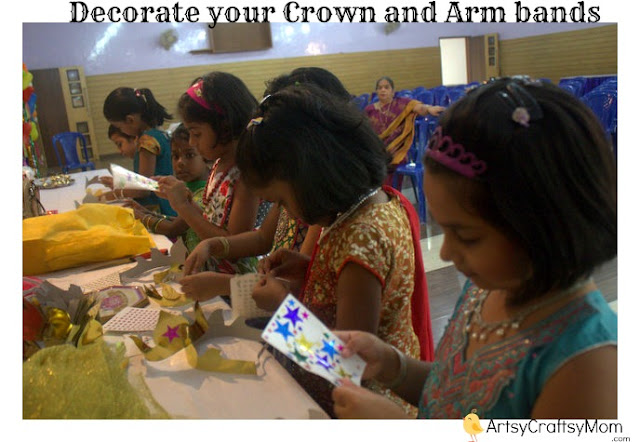 Once that was done, I had bought Golden Net cloth and we used them as veils.. The girls loved it on their heads.. the boys improvised and tied them on their waists.. 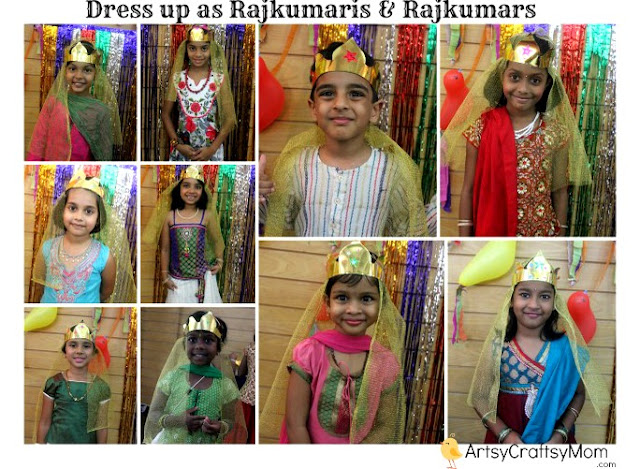 Props
We had decorated a chair as the Throne and also kept some bows n arrows & a sword as props for the kids to pose with and get their pics clicked. Games –
We drew a fish on a white board marker and asked the kids to aim for the fish’s eye ala Arjuna. 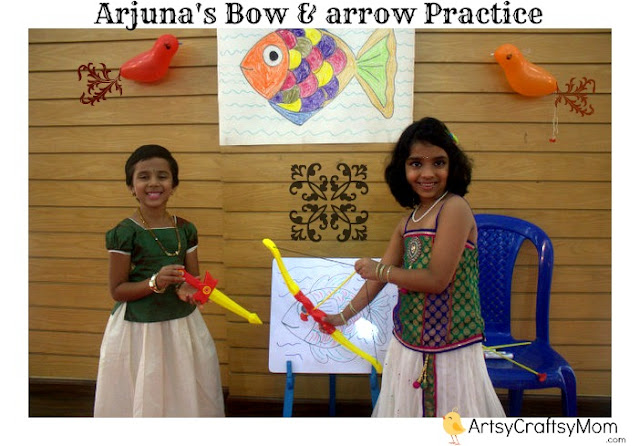 After that we had Musical chairs.. Instead we called it the save your throne game ( Gaddi Sambhal) 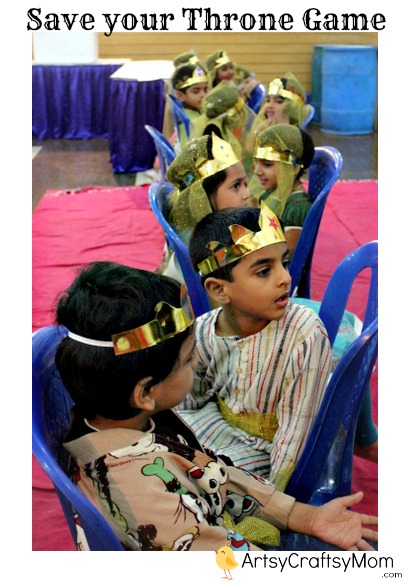 Food –
We had ordered an amazing Story book shaped cake from bellsandcandles – Eggless, Black Forest flavour. The delivery was prompt and everyone loved the shape and the taste. Instead of blowing out the candle, we did a 7 diya aarti for Lil P. 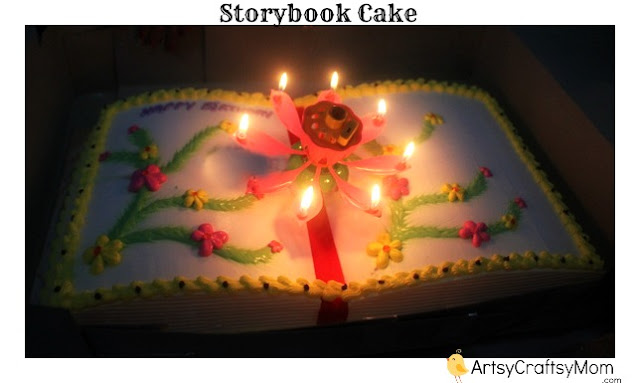 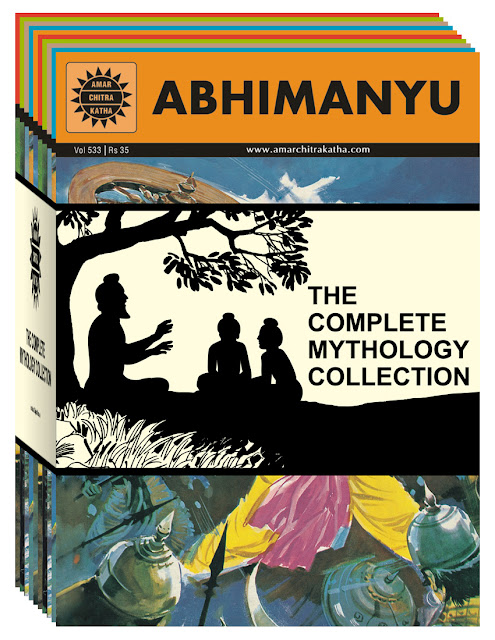 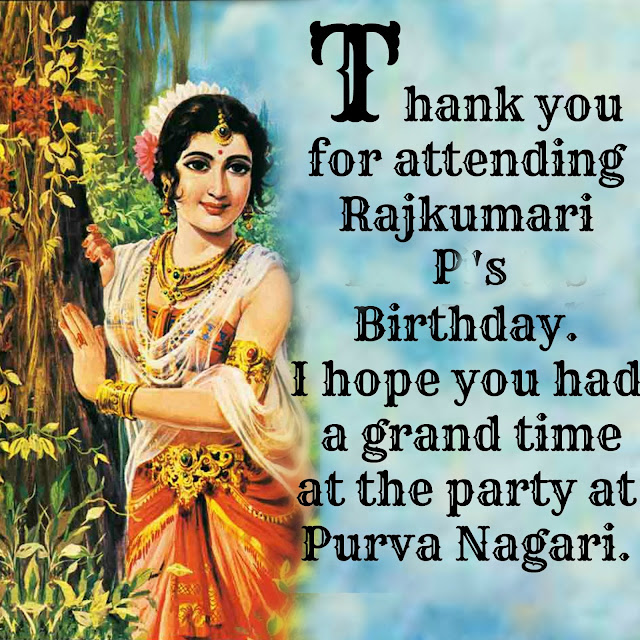 It was a fun evening with family and friends.. what do you think of the theme and idea??? 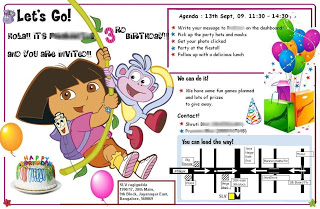 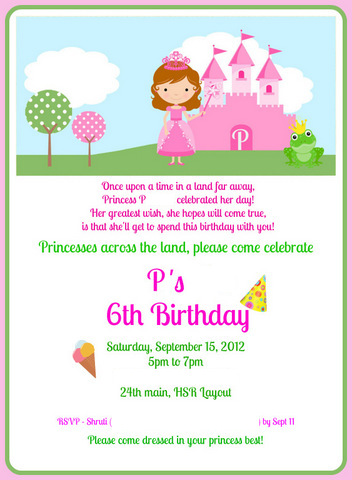 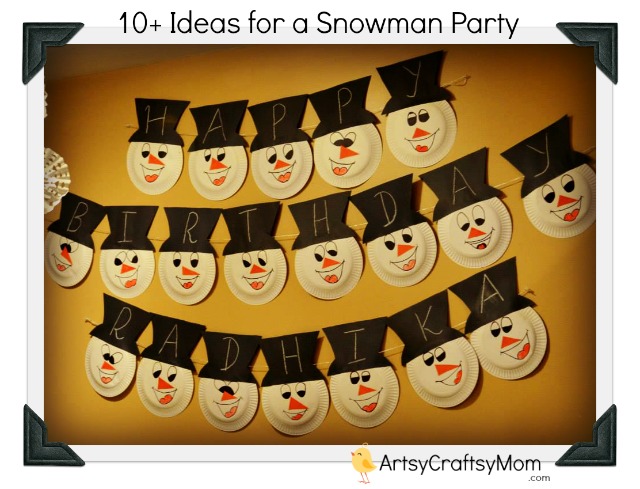 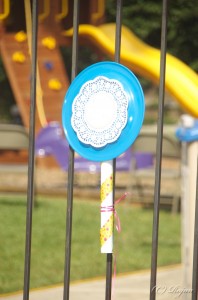