Do you like vampires? Build your own Count Dracula with our Printable Paper Dracula Bookmark! Color, cut, and create this free Halloween craft for kids.

What does a character in a children’s show have in common with a bloodthirsty monster from a horror movie? Well, they’re all based on the same fictional person – Count Dracula!

Count Dracula is the central character in the book by Bram Stoker, an Irish author. In the book, Dracula is an English nobleman who is secretly a vampire. Of course, there is a hero who kills him in the end, but hey, the book isn’t named after him!

Fun fact: Did you know that during Halloween in the United Kingdom, the popular store Poundland uses Dracula’s voice at its self-service checkout counter? That should be hilarious!

But we’re not talking about the horror version of Dracula today – we’re going with the child-friendly version, like the one on Sesame Street, who goes by the name of Count von Count. It’s clever that the makers of the show played on the name and turned him into someone who loves counting!

Today, we have for you a cute monster who looks a lot like the Sesame Street version – an easy printable Paper Dracula Bookmark. And this little guy doesn’t love counting; he loves reading, and he loves it even more when he can help you read! 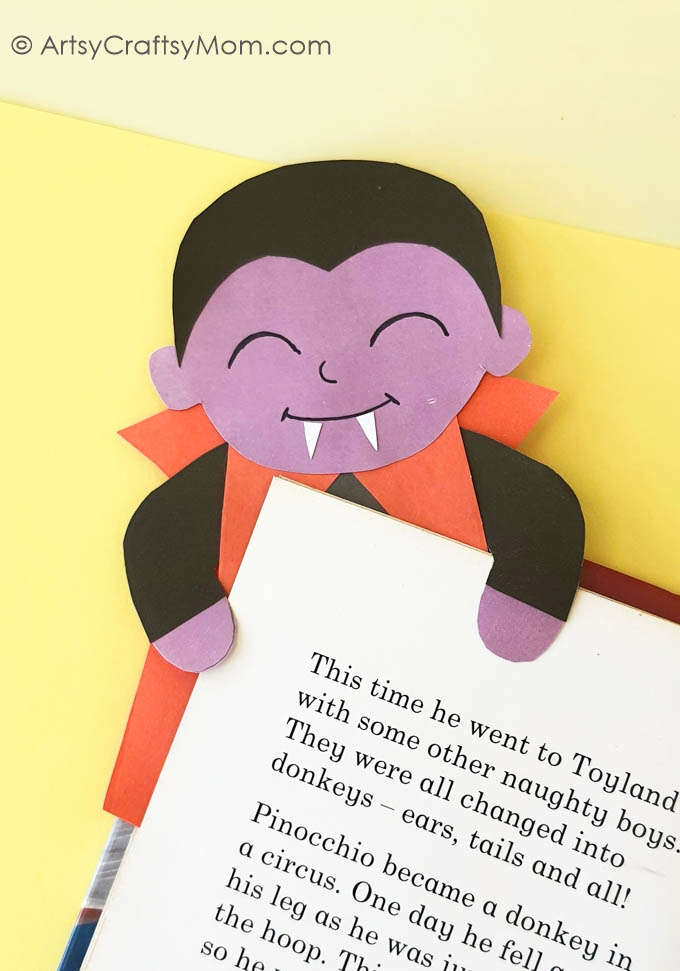 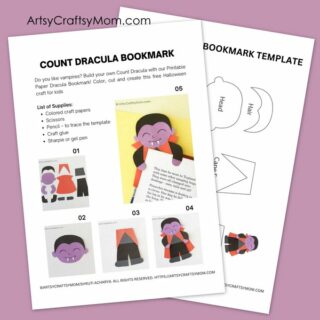 How to make the Printable Paper Dracula Bookmark:

1. Download the Paper Dracula Bookmark and print it out. The template contains parts of Count Dracula, including his head, arms, hair, shirt, pant, shoes, collar, and of course – his cape. Trace the printouts on colored craft paper and cut out all the parts. 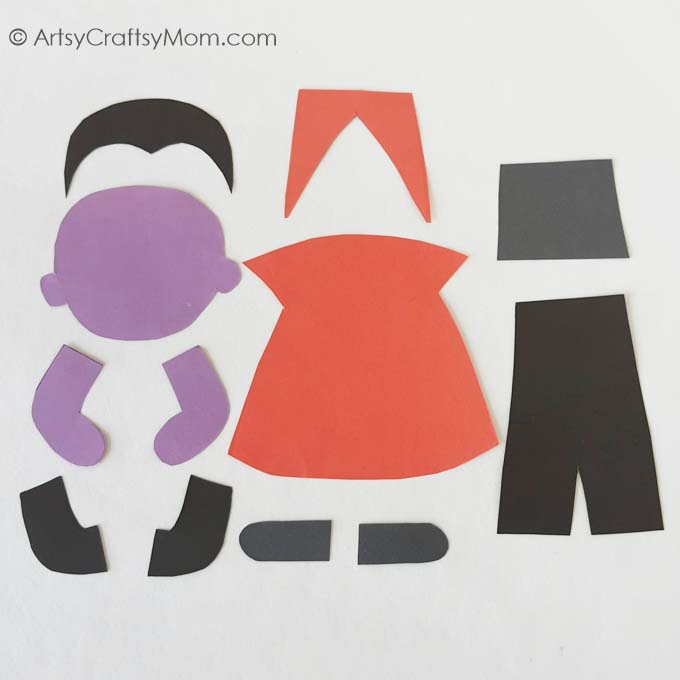 2. Now that you have all the pieces, you can start assembling the Paper Dracula Bookmark. Stick the sleeves on top of the arms, so that the hands stick out. 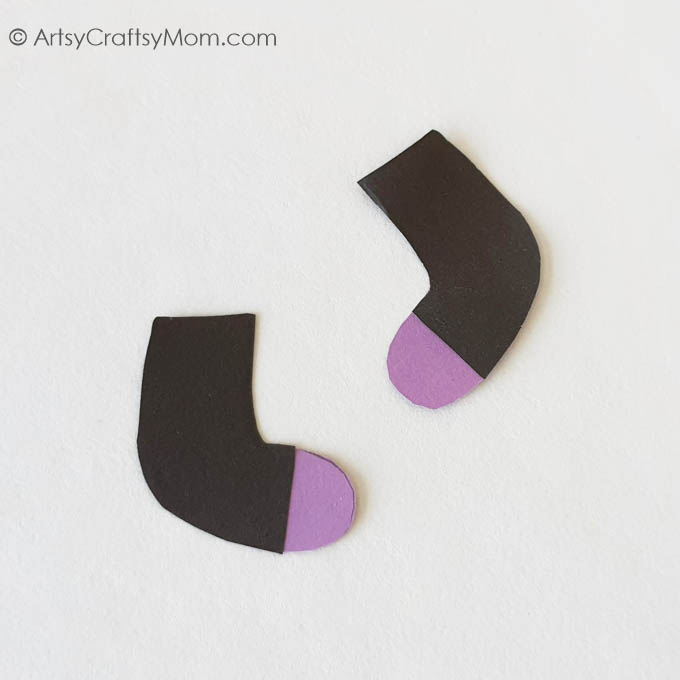 3. It’s time for Dracula’s head – stick the hair on top of the head. Draw a cheerful face with a black marker, and add some fangs so he still looks like Dracula! 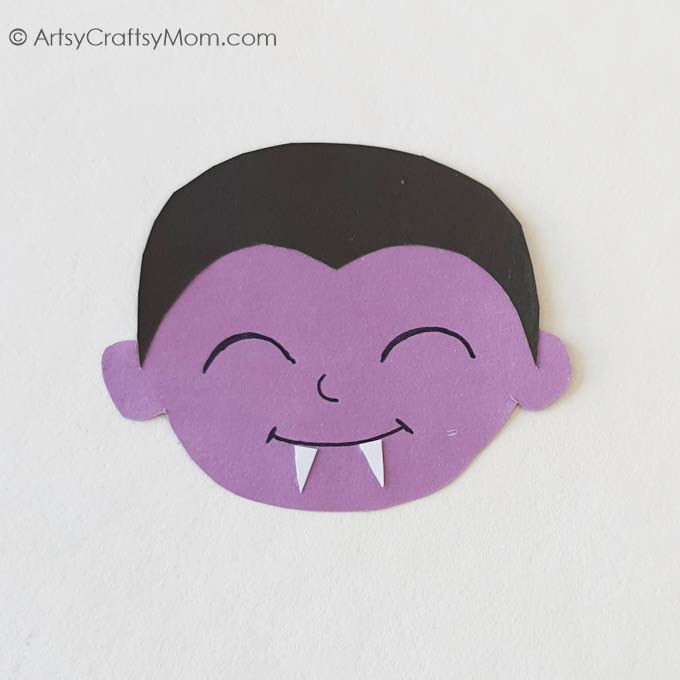 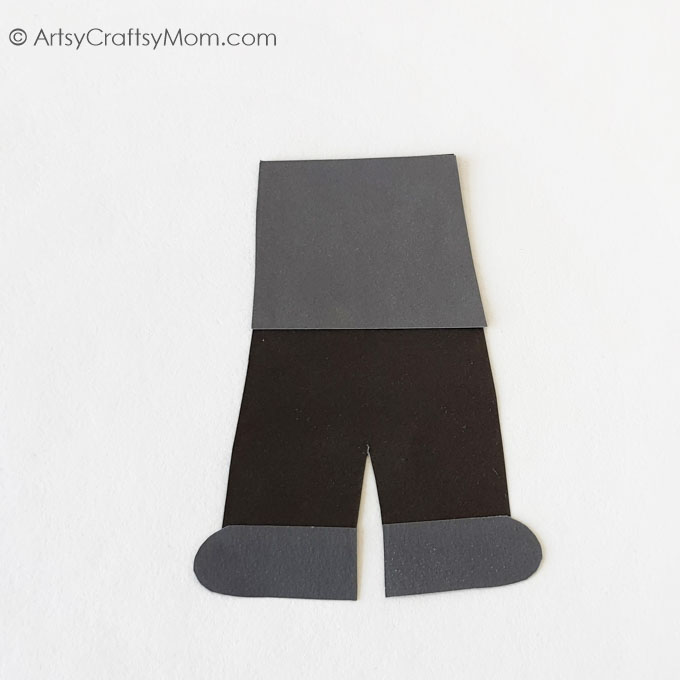 5. Finish up the Paper Dracula Bookmark’s outfit portion by attaching the orange bit on top. 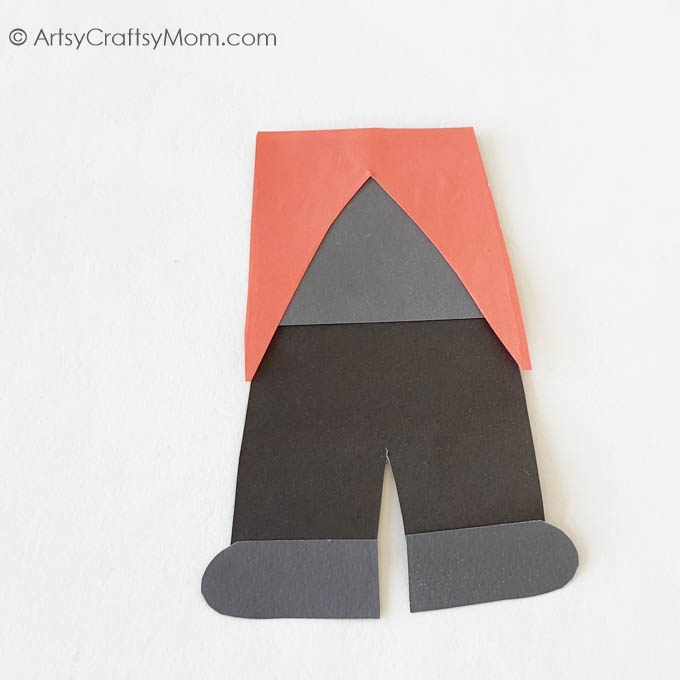 6. Okay, time to put everything together! Start by sticking the head of the Paper Dracula Bookmark on top of the body. 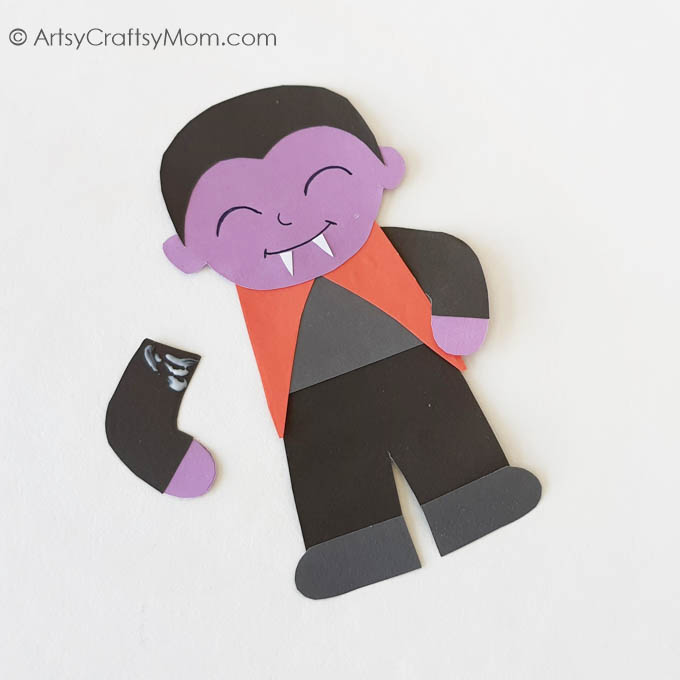 7. Now attach the arms. When doing this, take care – apply glue only on the top of the arms – the lower portions need to be free. 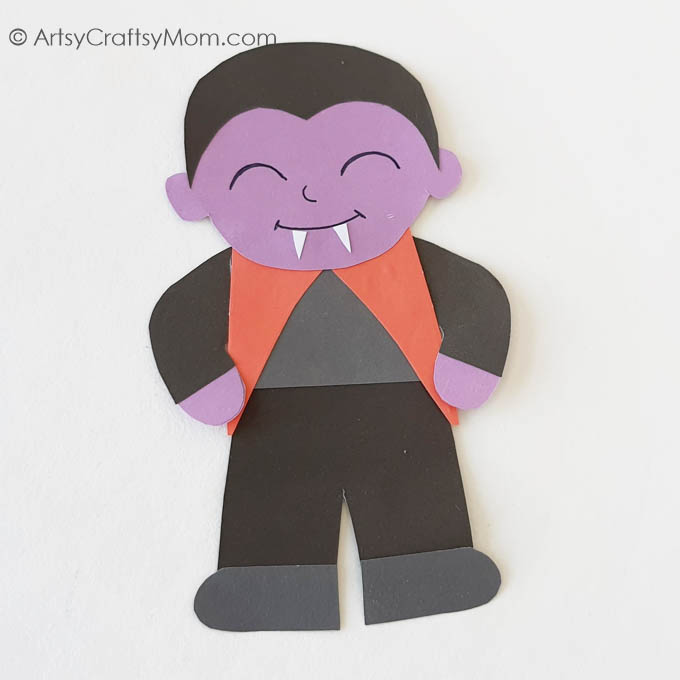 8. Final touches coming! Stick on the cape and the collar – now your Paper Dracula Bookmark is ready! 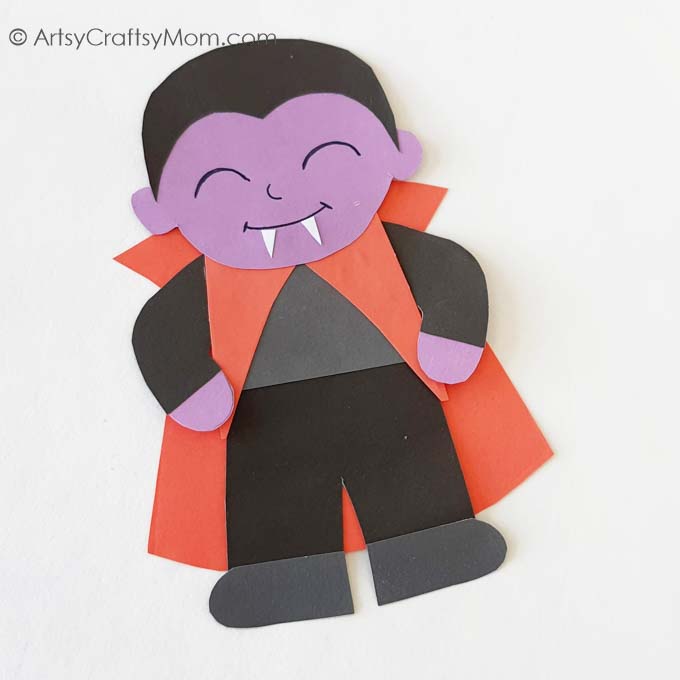 9. To use your Dracula as a bookmark, slip the edge of the page between his arms and his body. Look how he’s clutching that page as if his life depends on it! 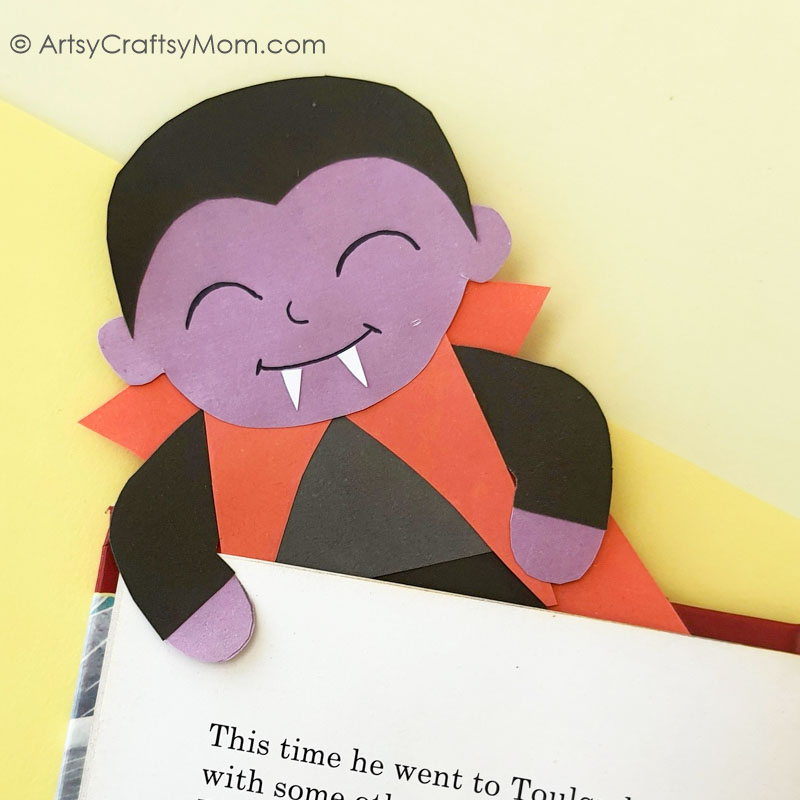 We told you this little Paper Dracula Bookmark enjoys helping you read, and he’ll be sure to hold your place while you take a break from reading. Because as much as we’d love to finish a book in a single sitting, it’s a reality that it’s not possible and you need a bookmark. And when that bookmark is as adorable as this, you’ll want to get back to your book as soon as you can!

If you enjoyed this, you’ll also like these bookmark crafts: 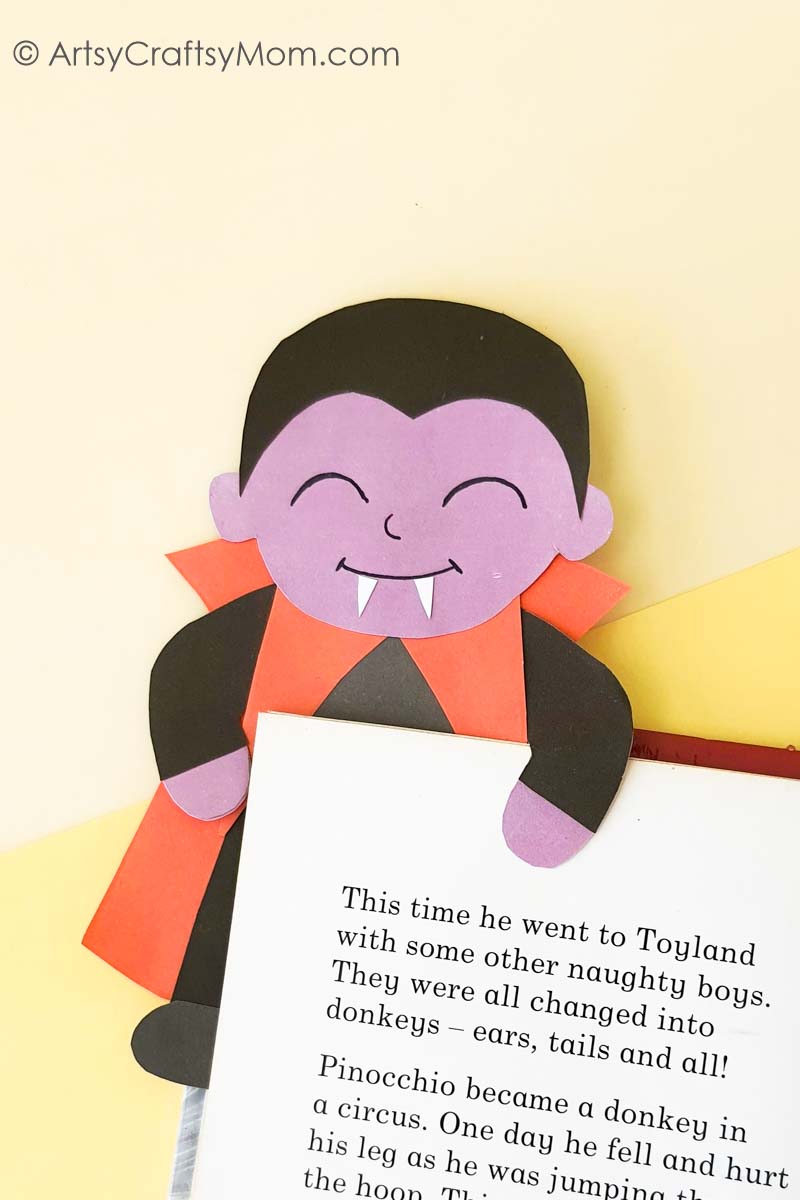 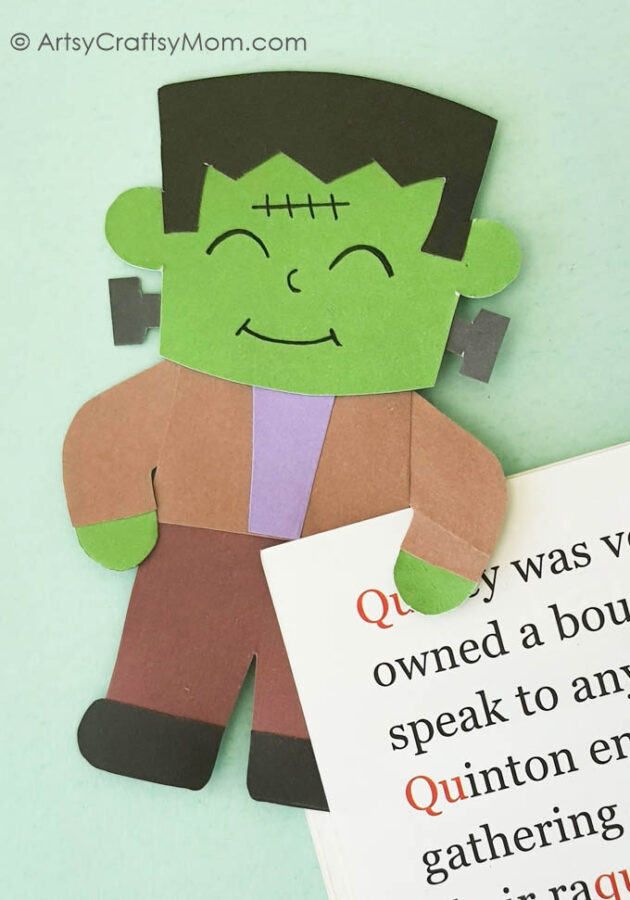 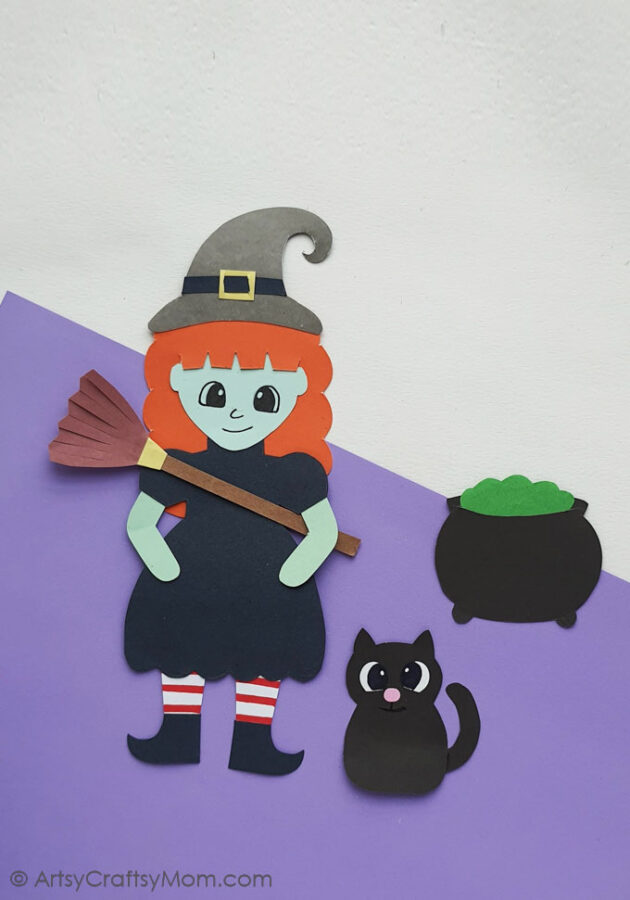 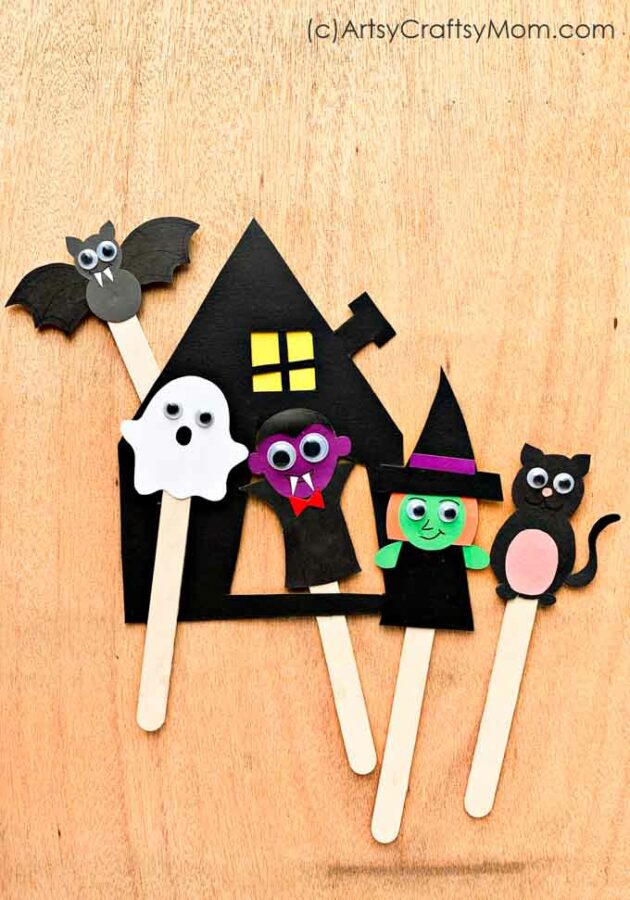 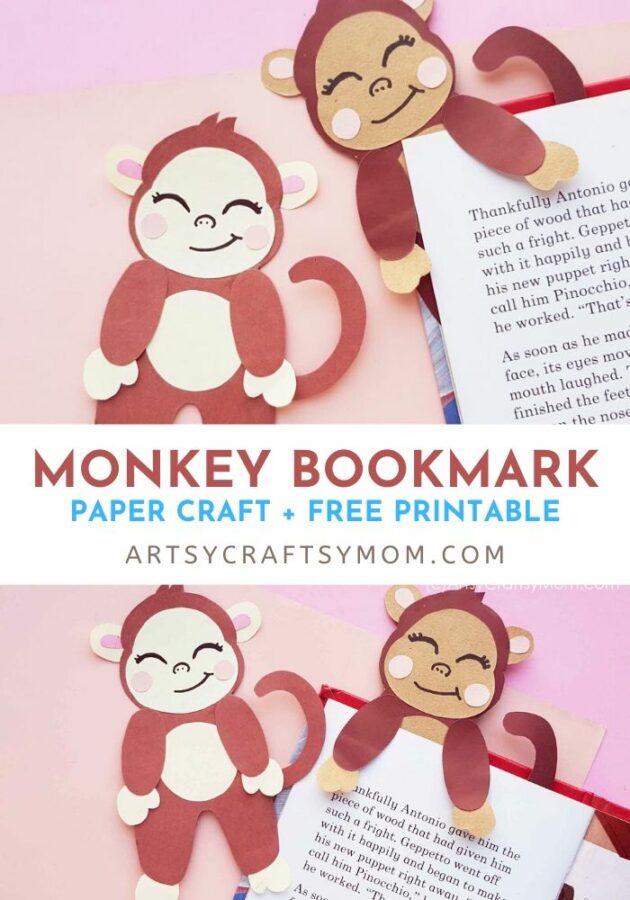