A rainbow can brighten up anyone’s day, especially when it’s as cheerful as this smiling rainbow paper craft! Use this to instantly perk up any space!

We use emojis so much these days that we tend to forget the first ever ’emoji’ – the smiley face! That face has now grown to express all kinds of emotions, but the one that never gets old is – you got it, the smiley!

There’s something about a sincere smile that lights up an entire room, isn’t there? It can be your child’s or a stranger’s – or it can also be on a cute little craft project you made!

Yes, we’re talking about today’s craft, a smiling rainbow paper craft – a super easy project that even little kids can make. With their bright colors, rainbows themselves are indicators of cheer, and this smiling rainbow only takes it to the next level! 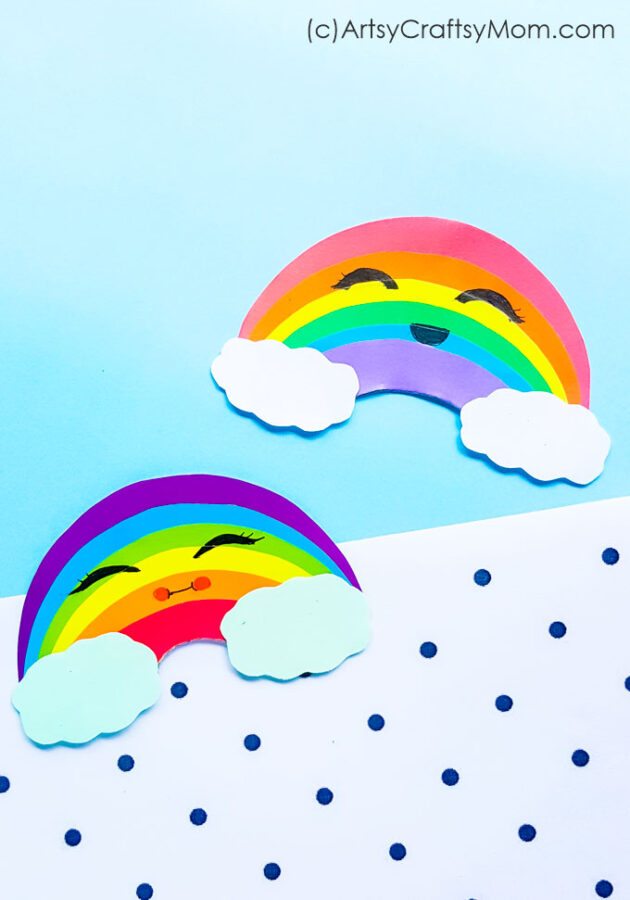 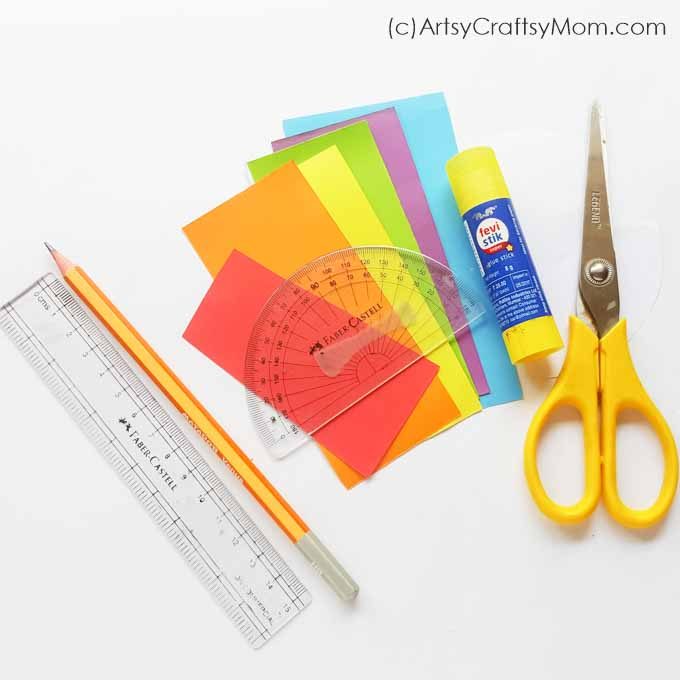 How to make the Smiling Rainbow Paper Craft:

1. Start by tracing out a semicircle on white card stock or craft paper using the protractor as a stencil. Cut it out neatly. 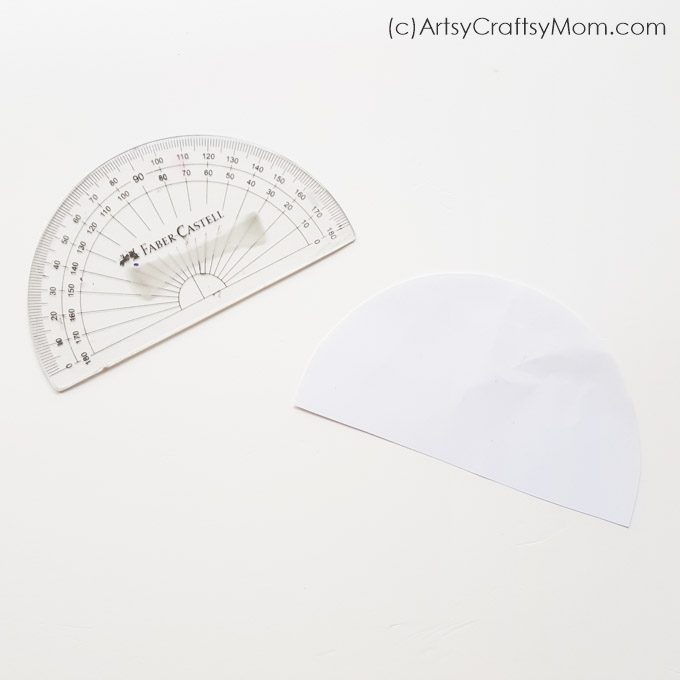 2. Trace another semicircle on the purple craft paper and cut it out. 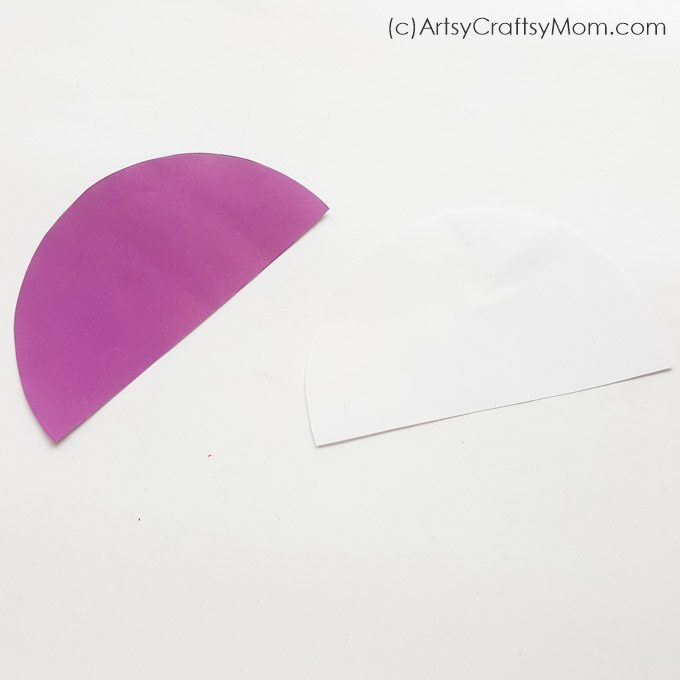 3. Make sure the purple semicircle is a little shorter than the white base, so that some white is visible at the bottom. 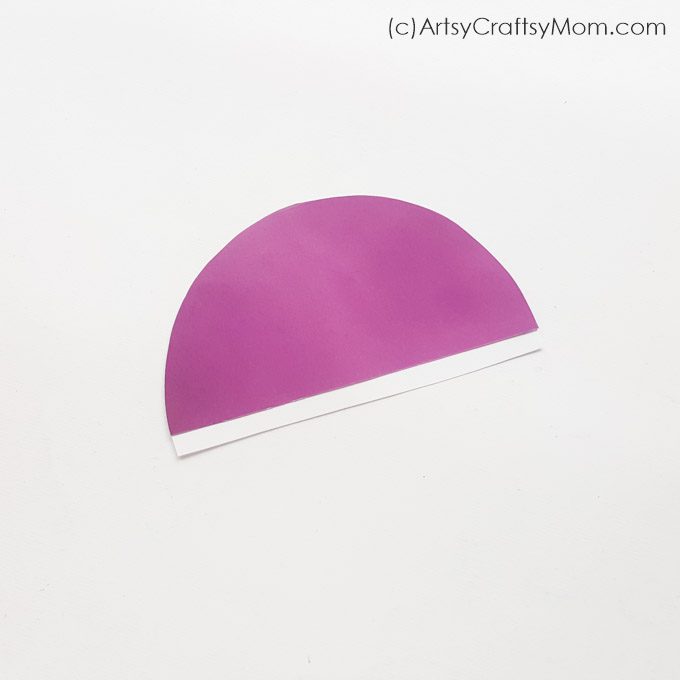 4. Next, cut out a semicircle with the blue paper and stick it on the purple semicircle, placing it lower. 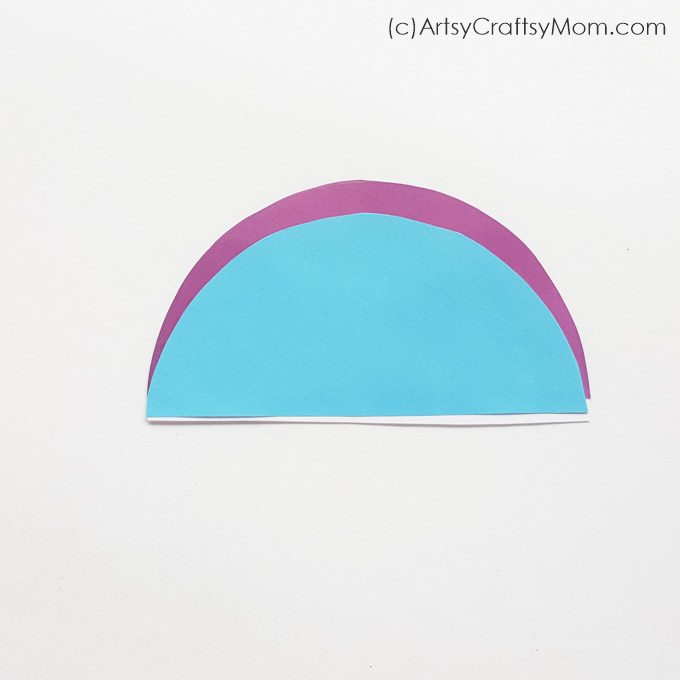 5. Continue cutting out the remaining semicircles and placing them in the right order, cutting off the excess that comes at the bottom. 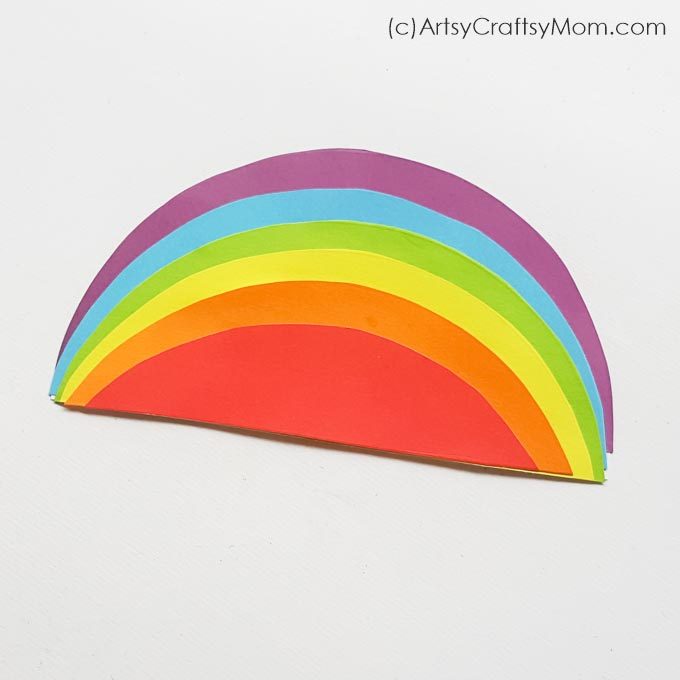 6. Cut out a tiny semicircle at the base of the rainbow. 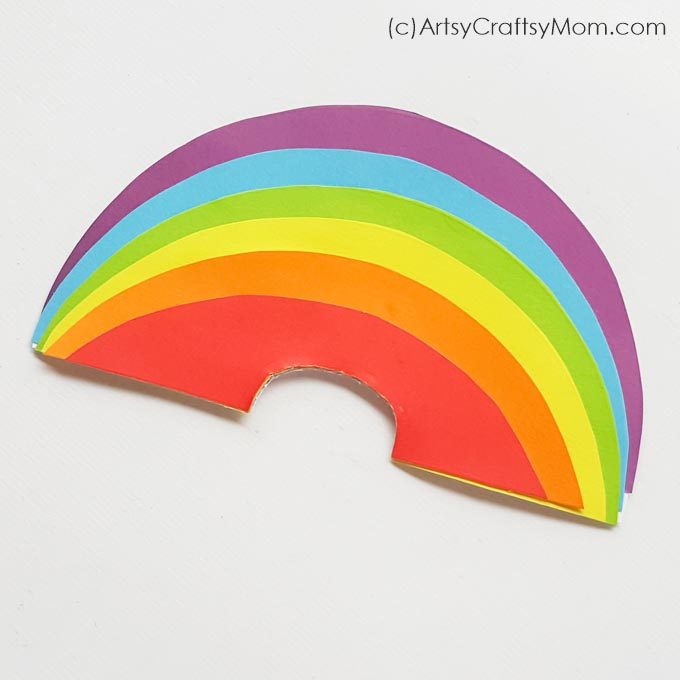 7. Cut out cloud shapes from white craft paper and stick them on either side of the base. 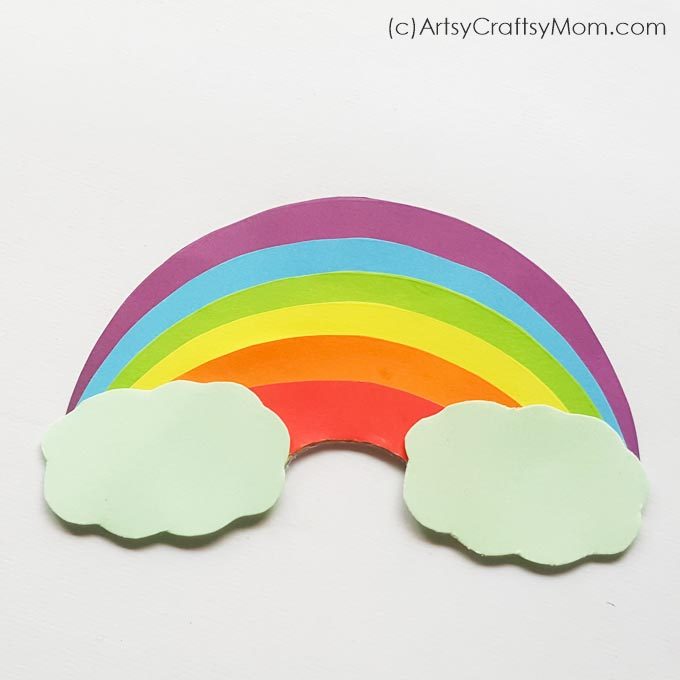 8. Use markers to draw features on the rainbow so that it’s smiling brightly! 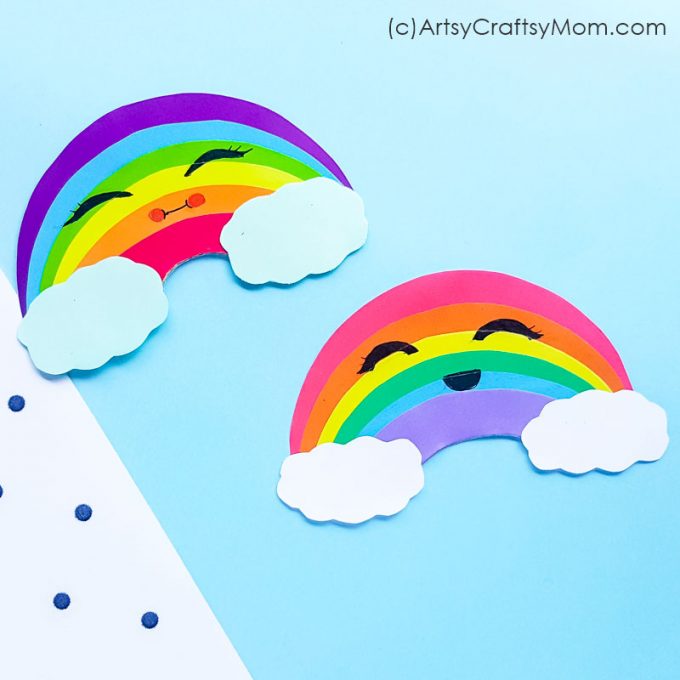 My favorite way to use this smiling rainbow paper craft would be to fix it up on a sky blue background and put it up on a drab wall to brighten it. And while you’re at it, you can also try this quilled rainbow craft, a Scrabble tile wall art or a rainbow paper collage. And don’t be afraid of having more than one rainbow – you can never have too much cheer! 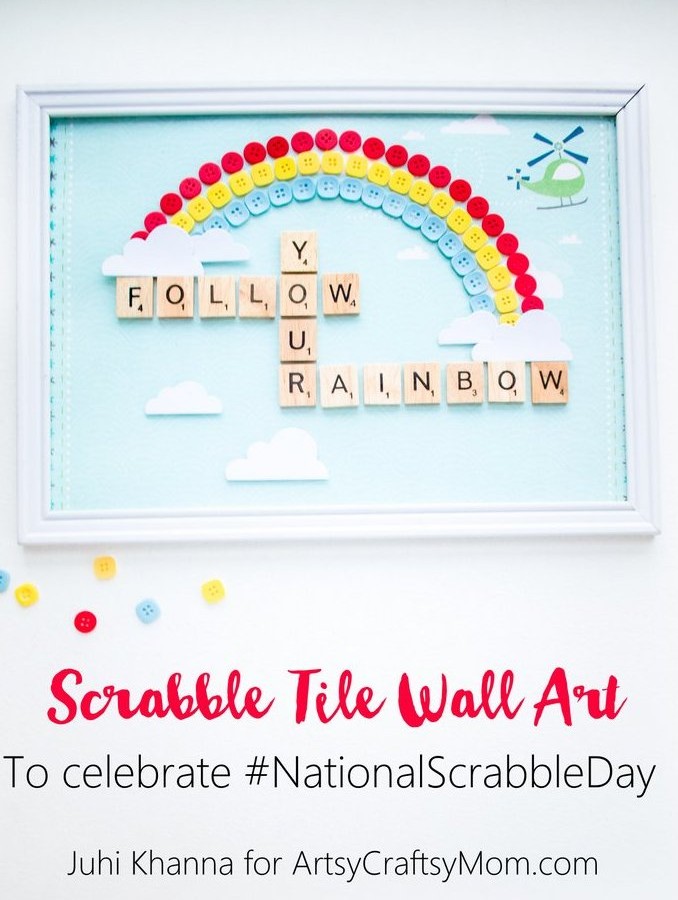 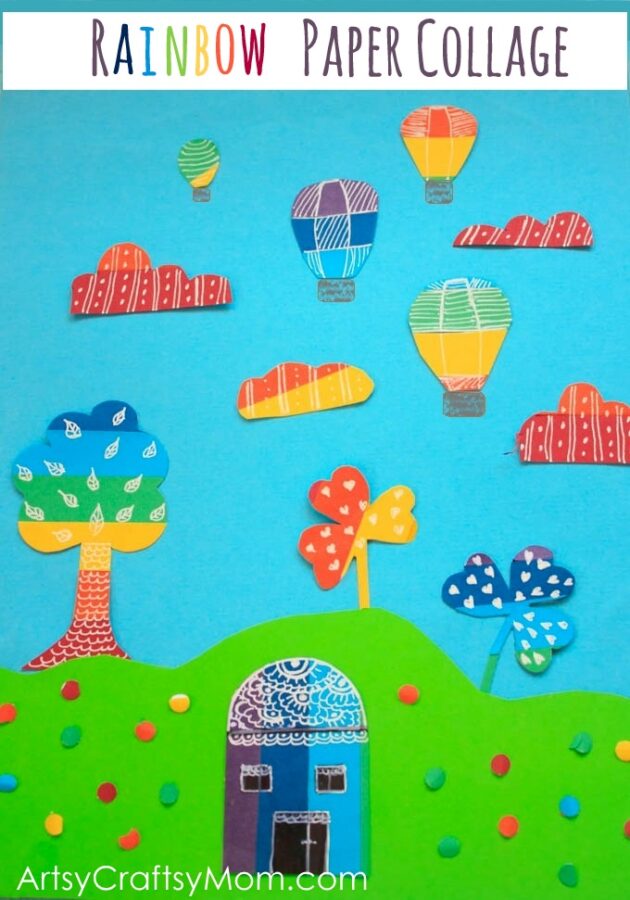 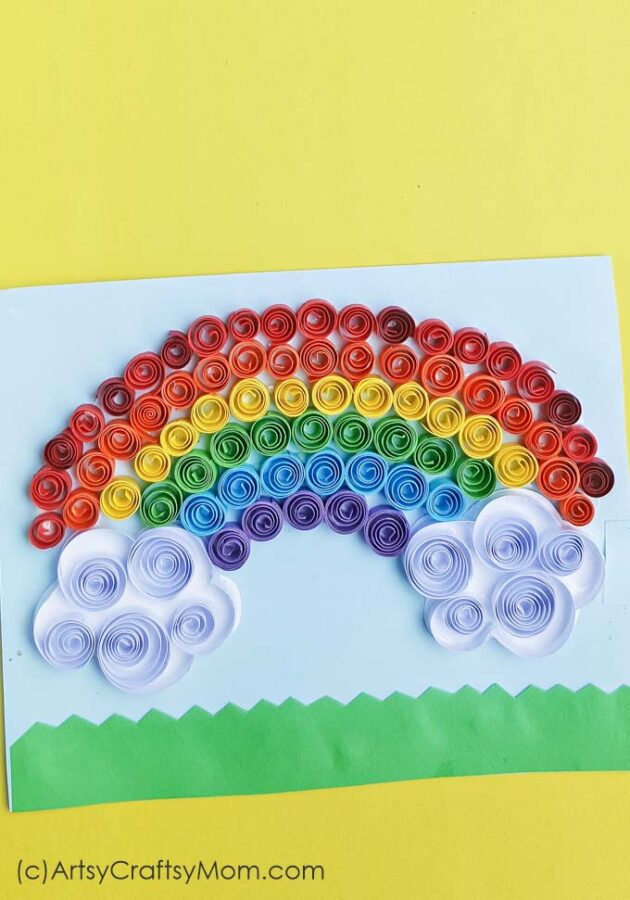 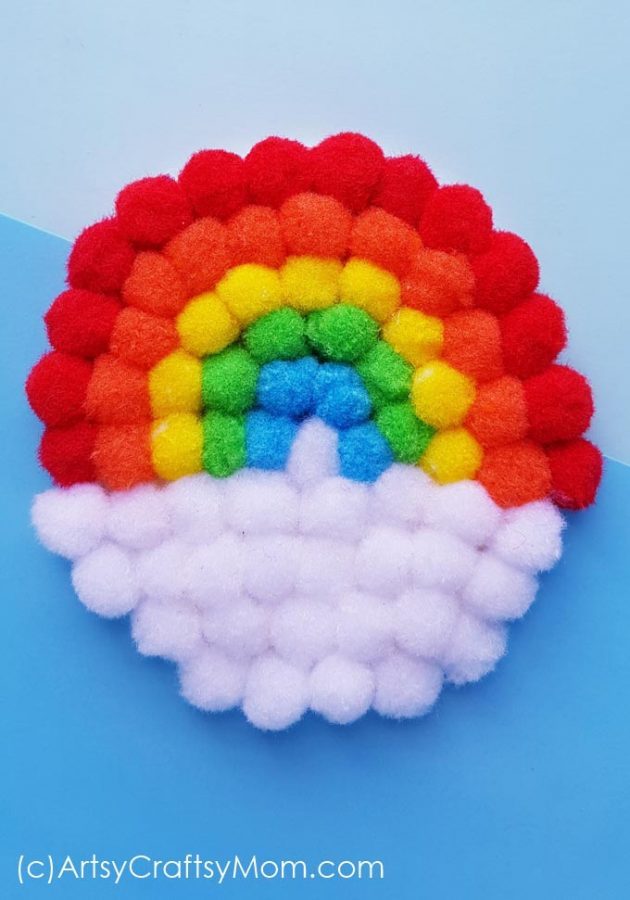