We always treat milestone birthdays as special events, don’t we? For instance, when you turn 13, 18, 21, 30 and so on. Wedding anniversaries at the turn of the decade are also special. That’s exactly why this month is so special for us – because it’s India’s 75th Independence Day!

We have actually been celebrating over a year, which has been called the ‘Azadi ka Amrit Mahotsav’, which translates roughly into the ‘Sweet Celebration of Freedom’.  And it is indeed sweet, considering that over 1.5 billion people are celebrating together!

You can’t have an Independence Day without celebrating the National Flag, the Tricolor, and we’ve got something in line with that today. Here is an easy Tricolor India Independence Day Wreath that you can make at home with just paper. It’s a cute little wreath, and you can use it to decorate your home or make a mini version to pin on your shirt! 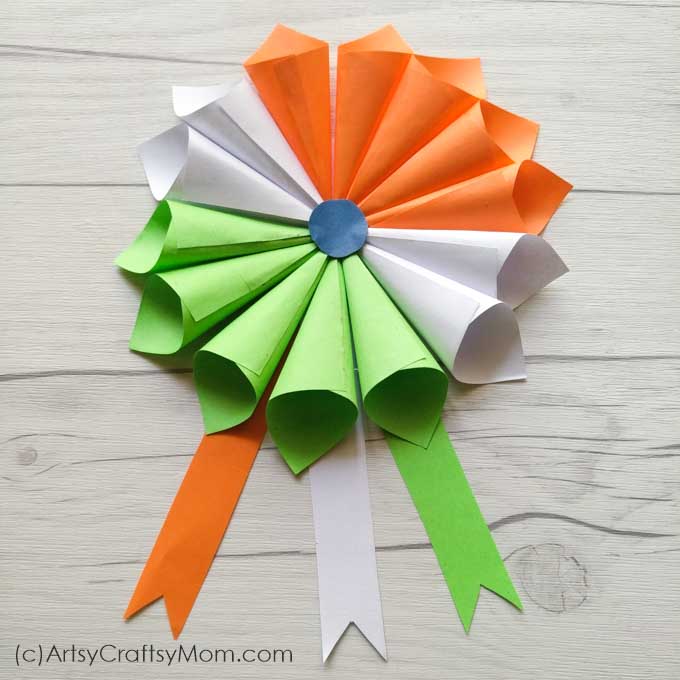 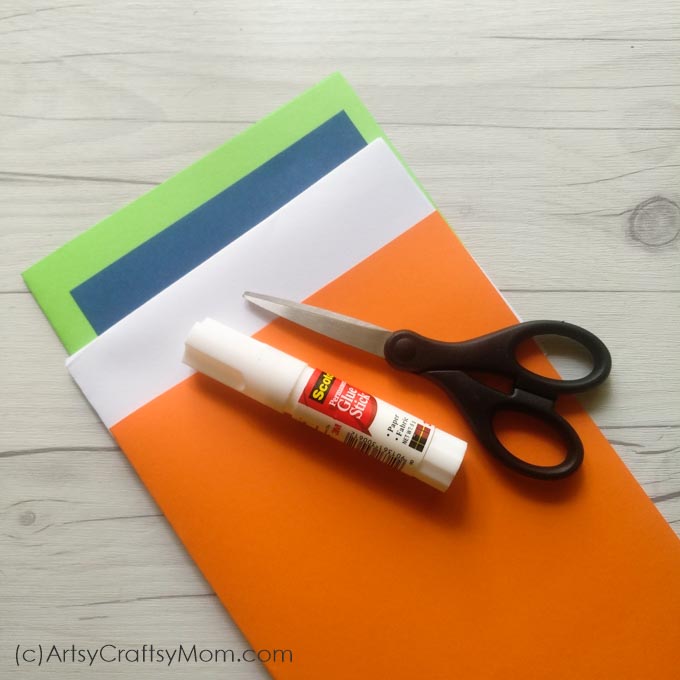 How to make the Tricolor India Independence Day Wreath:

1. Cut the orange, white and green paper into little squares – you need at least 5 squares of green and orange, while having 4 or 6 in white. At the same time, cut out a large circle from white paper and a smaller circle from the blue paper. Cut out a strip each from green, white and orange. Cut out a small notch at one end of each strip, as shown in the picture below. Now you are ready to make the India Independence Day Wreath. 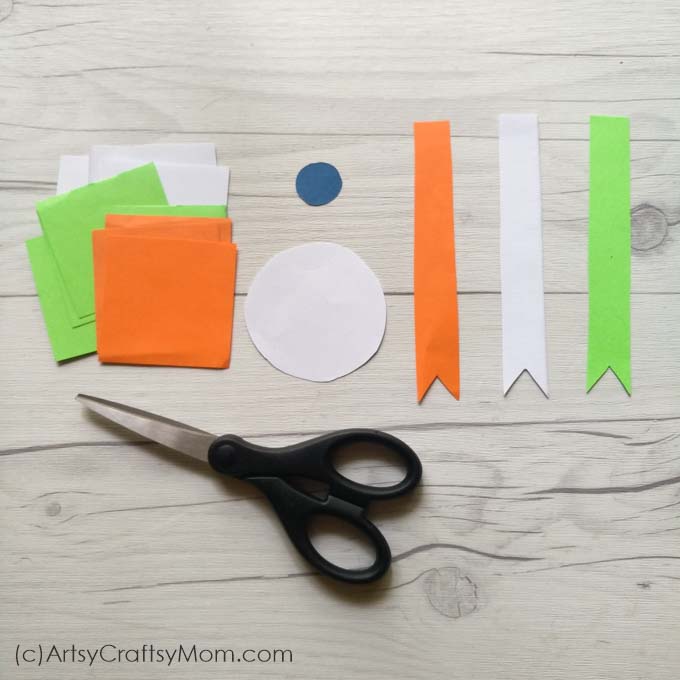 2. Pick up one of the squares and hold it at a diagonal so that two corners are perpendicular to you. Now fold both sides toward the center as shown below: 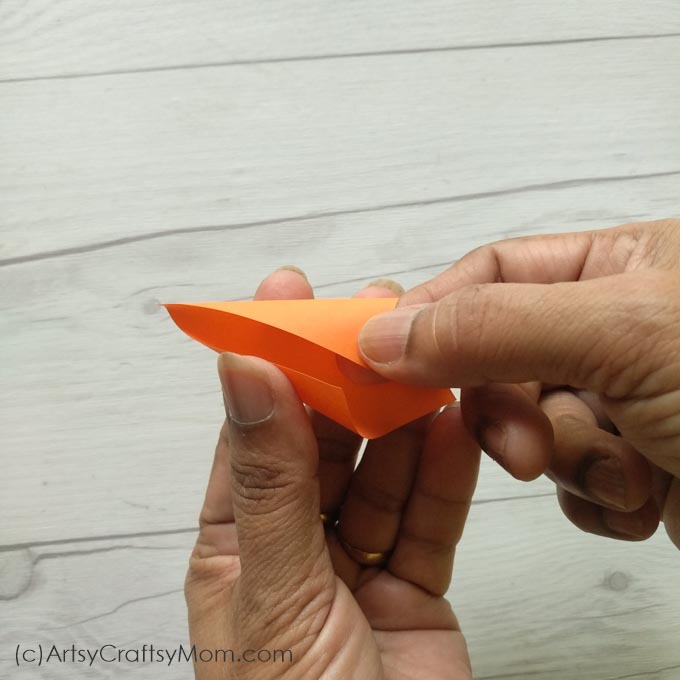 3. You should get a small cone – secure the folds in place with glue. 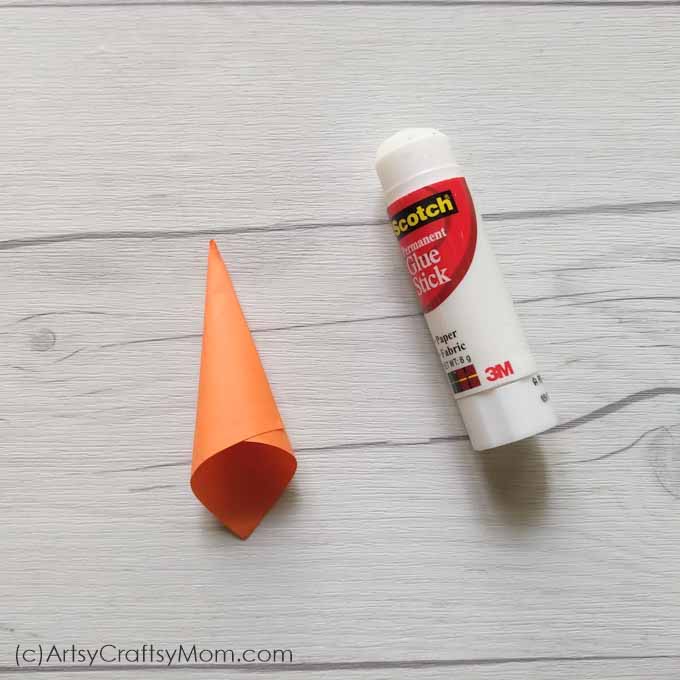 4. Repeat the steps above with all the remaining squares. You should get an array as shown below – make sure you have an equal number of each color so that the India Independence Day Wreath looks proportional. 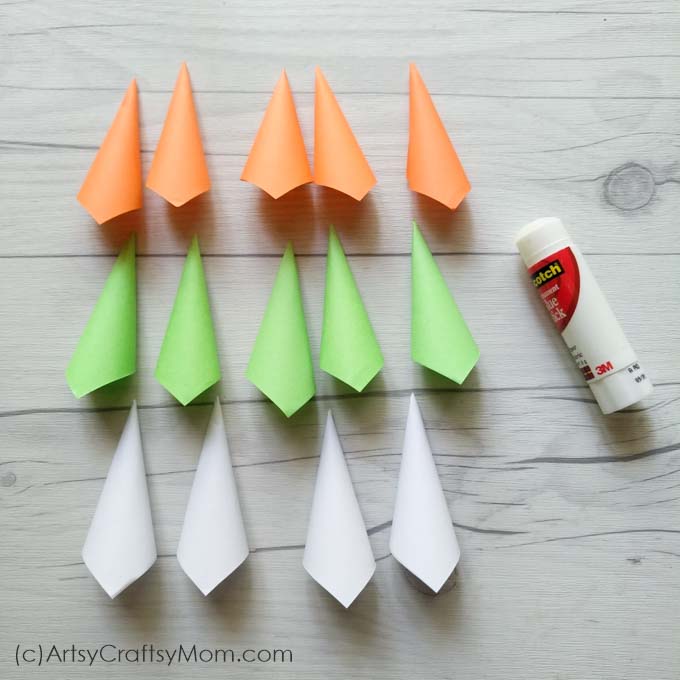 5. Take out the large white circle – this is the base of the India Independence Day Wreath. Arrange the orange cones on the top part of the circle, sticking the cones in place with glue. Make sure the pointed ends of the cones converge at the center point of the circle. 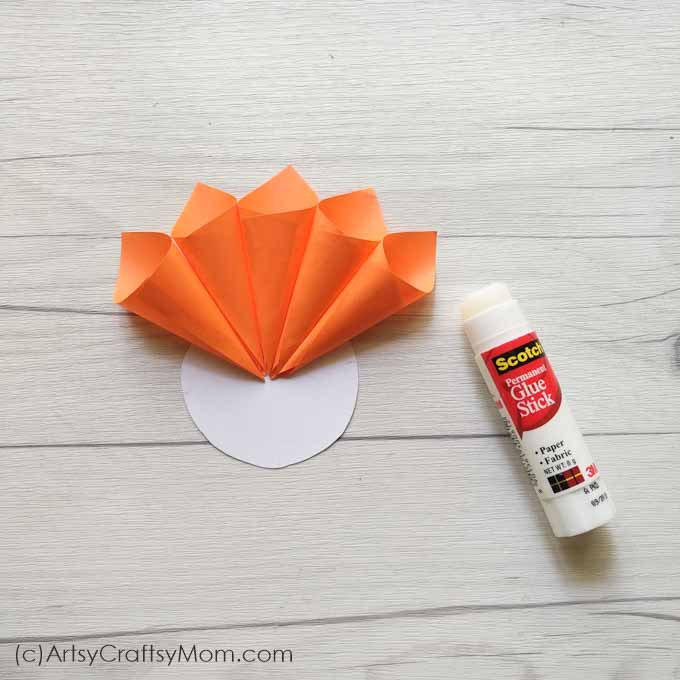 6. Divide the white cones into two parts; each part will be attached on either side of the orange cones. Again, keep the pointy ends of the cones in line with the center of the India Independence Day Wreath. 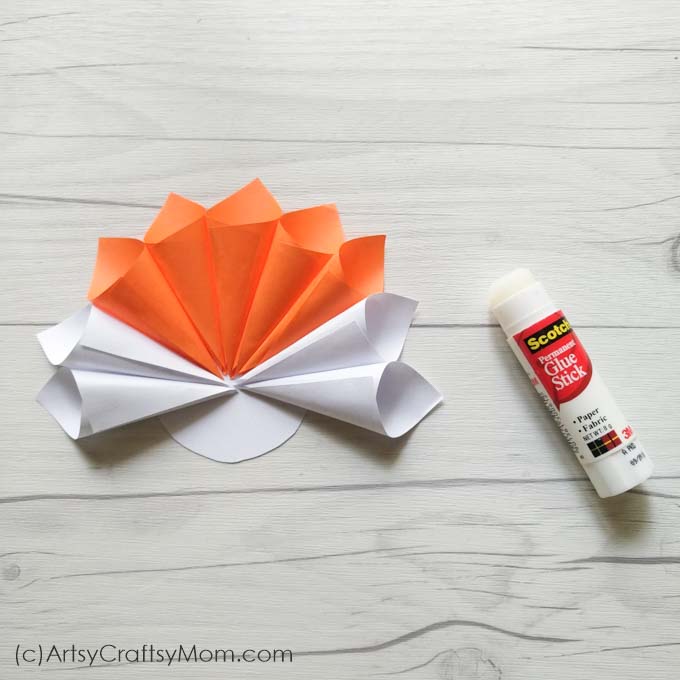 7. Fill up the remaining space with the green cones. so that the tricolor is complete. 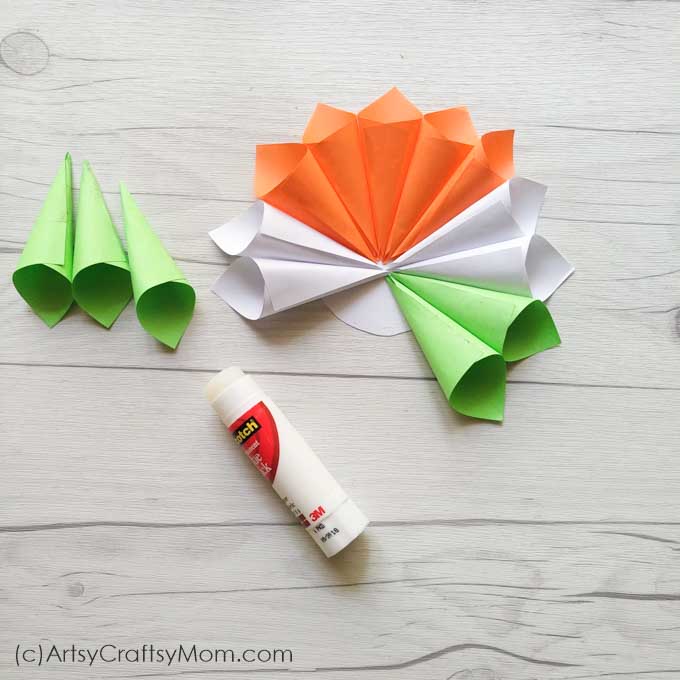 8. Our India Independence Day Wreath is looking good! Now all that’s left is to attach the Ashoka chakra, for which we need to apply glue on the back of the blue circle. 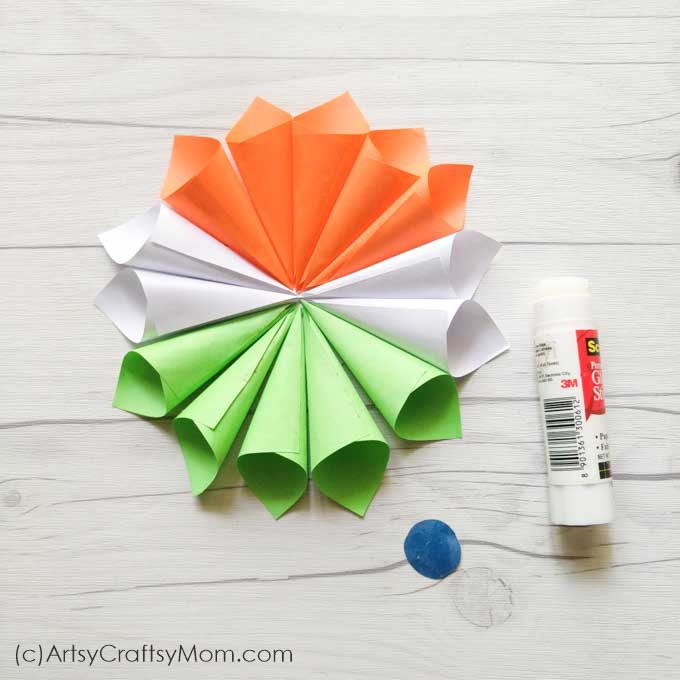 9. Stick the blue circle in the middle of the wreath. Take out the strips. Apply glue on the top ends, i.e. the ends that don’t have the notches. 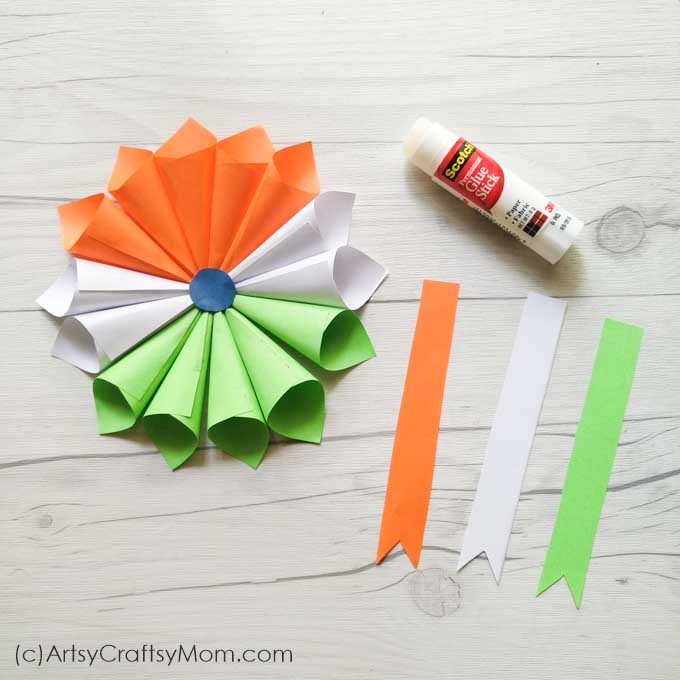 10. Stick the glued ends to the back of the white circle base and that’s it – your Tricolor India Independence Day Wreath is ready!

As per Indian law, Indian flags should be made of handspun fabric, but this Tricolor India Independence Day Wreath version made of paper is a nice addition to a khadi flag! There are different meanings for the three colors. One is that the orange and green represent the two biggest religious populations – the Hindus and the Muslims, with the white representing other religions like Christianity, Sikhism, Jainism and others. The flag is meant to signify that everyone comes together for the country, and is a wonderful symbol of inclusivity. Let’s use this opportunity to learn more such fun facts about the Indian tricolor – there are lots of interesting things to find out! 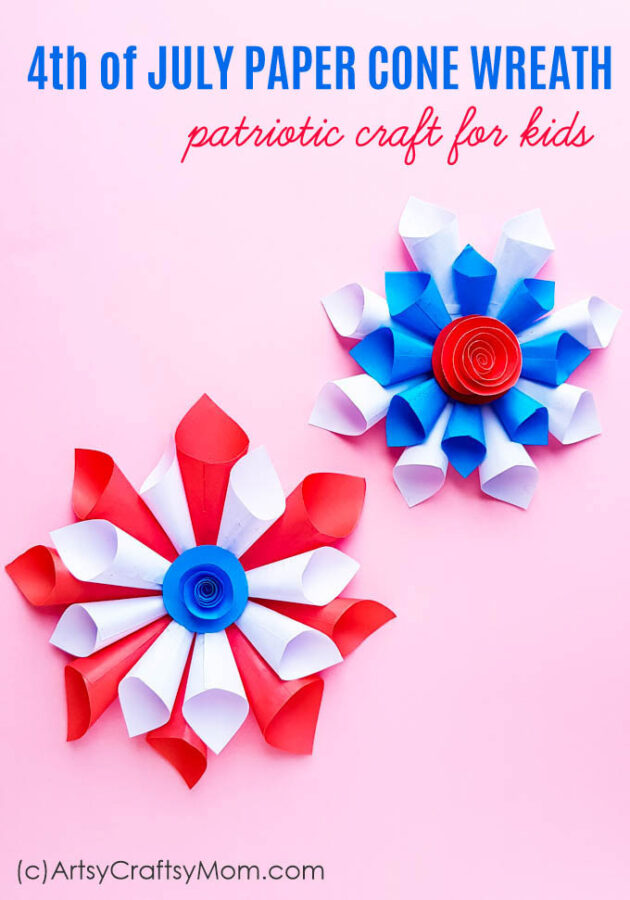 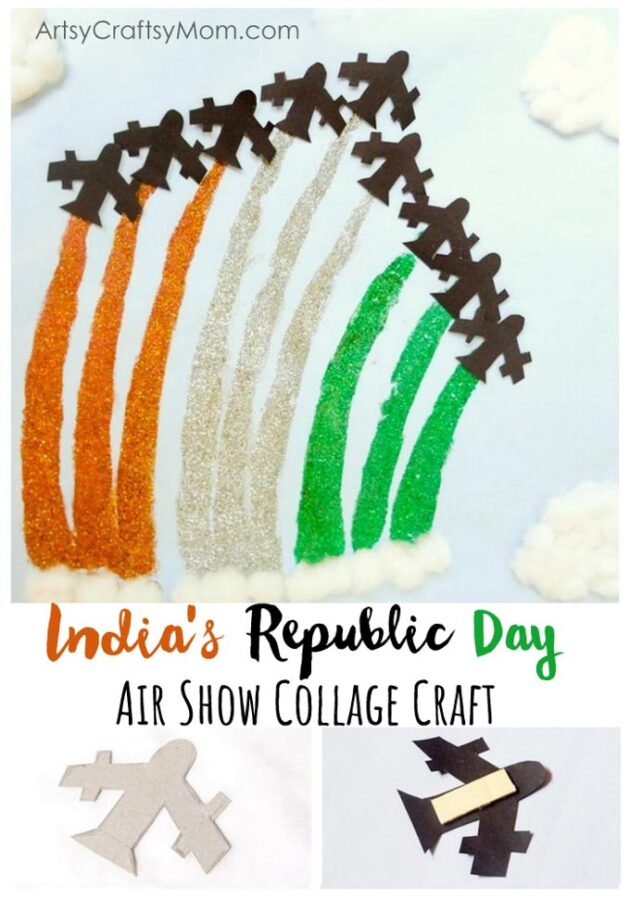 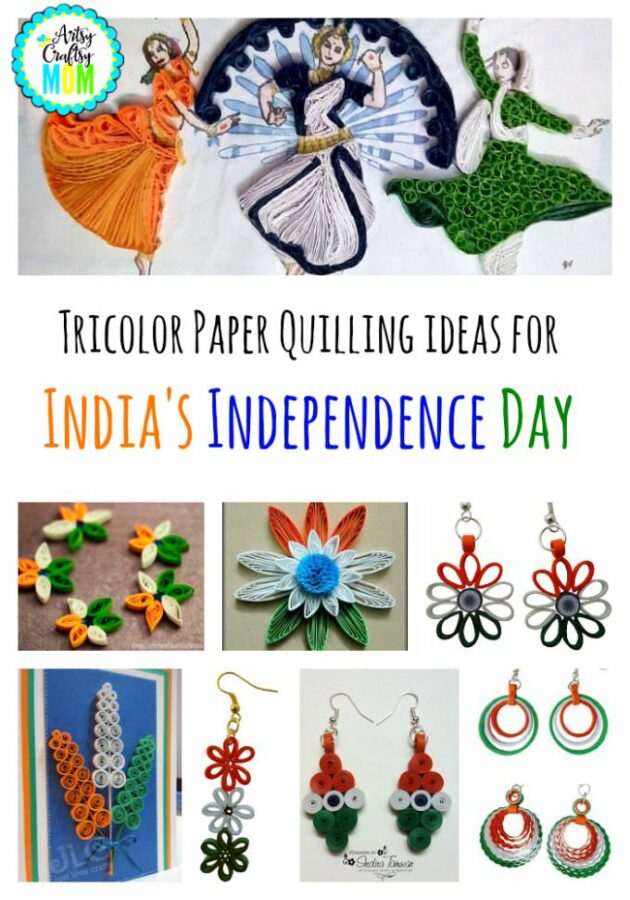