Not many of us know that Santa Claus is actually derived from Sinterklaus, the Dutch name for St. Nicholas, a European saint known for bringing gifts to children. Of course, the tradition has changed a bit, although, in essence, it remains the same.

What is St. Nicholas Day?

St. Nicholas Day is a popular occasion for children in many parts of Europe. The legendary figure of St. Nicholas is derived from Nicholas of Myra who officiated as a bishop in 4th century Greece. During his lifetime he developed a reputation for gift-giving by putting coins in other people’s shoes, which accounts for many of today’s Christmas traditions that involve leaving gifts in shoes or boots.

When is St. Nicholas Day Celebrated?

Some countries such as Australia, Canada, the United Kingdom, and the United States celebrate St. Nicholas Day, or Feast Day on Sunday, December 6, 2020.

How do we celebrate St Nicholas Day?

Both the North American Santa Claus and the British Father Christmas are legendary figures whose attributes derive from the myths surrounding St. Nicholas. For several hundred years, circa 1200 to 1500, St. Nicholas was the unchallenged bringer of gifts and the toast of celebrations centered around his feast day, December 6.

In the days leading up to December 6, children throughout Europe put their shoes or a special St. Nicholas boot in front of the fireplace or the front door at night to find them filled with small presents the next morning. A larger amount of gifts is usually brought on the eve of St. Nicholas Day or December 5.

In parts of northern Europe and some German-speaking areas, St. Nicholas Day has remained a time when children are given special cookies, candies, and gifts. In many places, children leave letters for St. Nicholas and carrots or grass for his donkey or horse. In the morning, they find small presents under their pillows or in the shoes, stockings, or plates they have set out for him. Oranges and chocolate coins are common treats that represent St. Nicholas’s

Today, we have some fun activities for kids to do on St. Nicholas Day – let them learn more about the saint and how various European countries celebrate him. Nothing like crafts to learn more about world cultures! 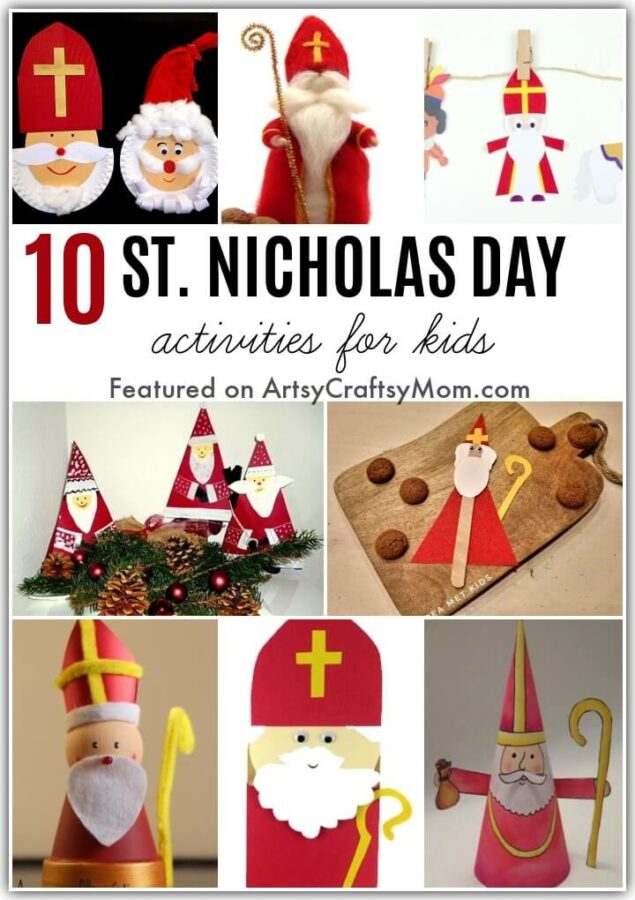 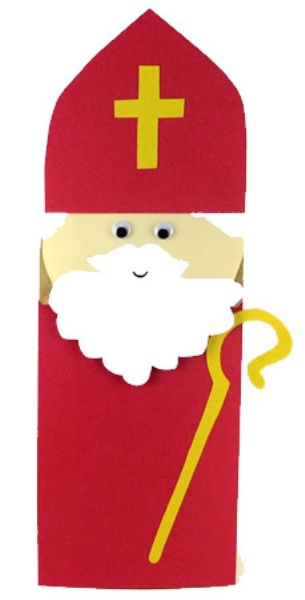 Paper bag puppets are among the easiest ones to make, and this one from St. Nicholas Centre is perfect for little ones! The googly eyes give the puppet a whole lot of personality, so don’t skip them! 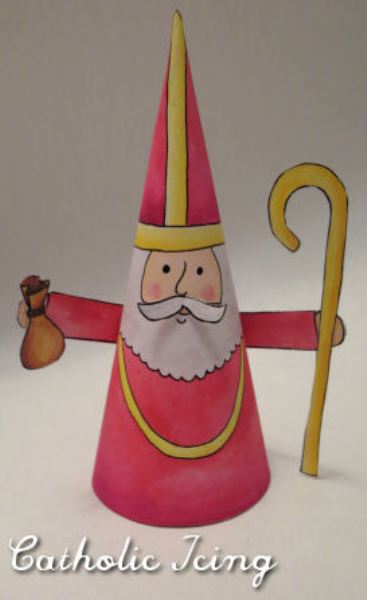 Catholic Icing has an easy peasy craft for St. Nicholas Day. All you need is the printable and you can make this craft with hardly any effort! We love the 3D effect of the moustache!

3. Nicholas with a Sack Craft 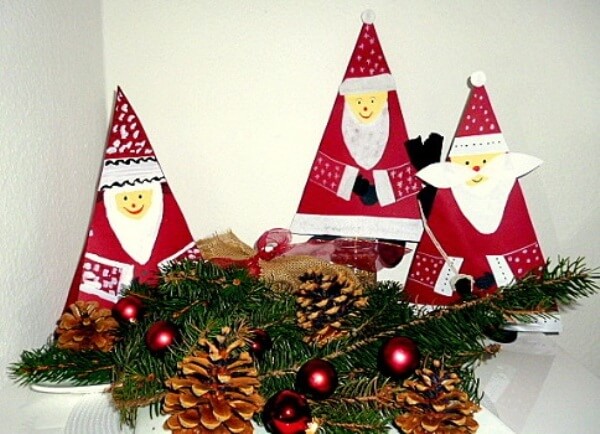 Wunderbare-enkel brings alive the similarities between Santa Claus and St. Nicholas in this simple craft. You can turn these into ornaments to hang on a tree, or weigh them down with an object to decorate a shelf. 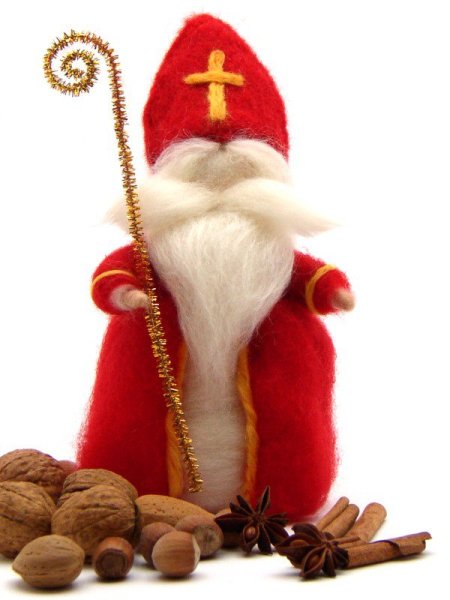 This craft from Trolle & Wolle is so cute! They have a full tutorial on making this, which is a great project if you’ve been wanting to make something by felting. Look at that snowy beard! 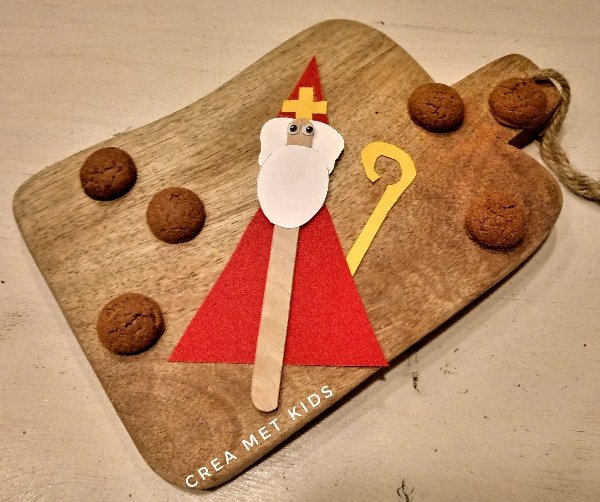 Got craft sticks lying around at home? Then this Popsicle stick St. Nicholas is a must try this season! Use felt for the hat and cape to add some texture to this project from Yoo. 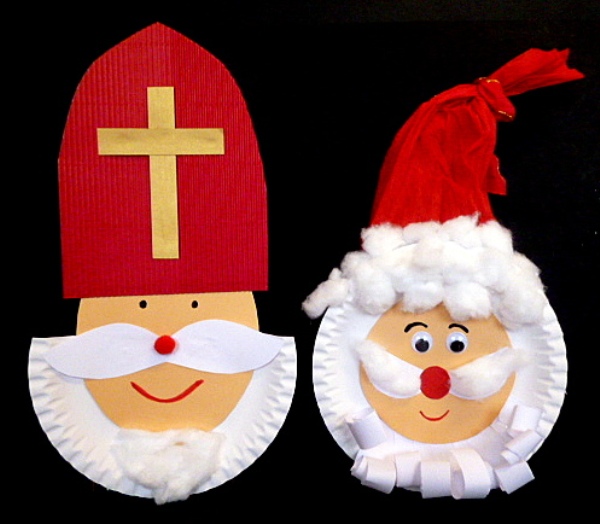 If you want to celebrate Santa Claus along with St. Nicholas, you’ll love what Wunderbare-enkel has for you! Get tw paper plates and some cotton wool to make this fun project that bring out the similarities between Santa and the Saint! 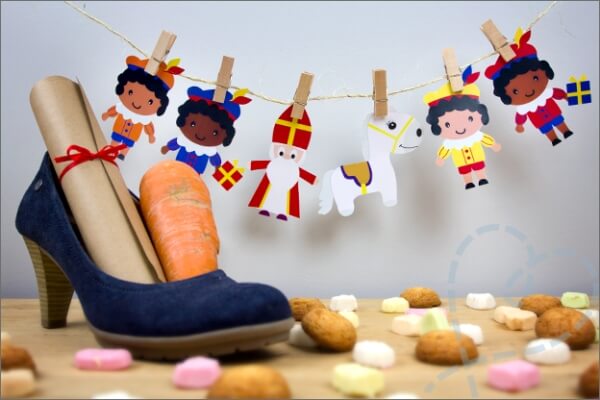 Nobody Else has a cute garland to make at home, which is the perfect excuse to start decking up your home for the holiday season already! You can have an assortment of characters or stick to just many St. Nicholas pieces. 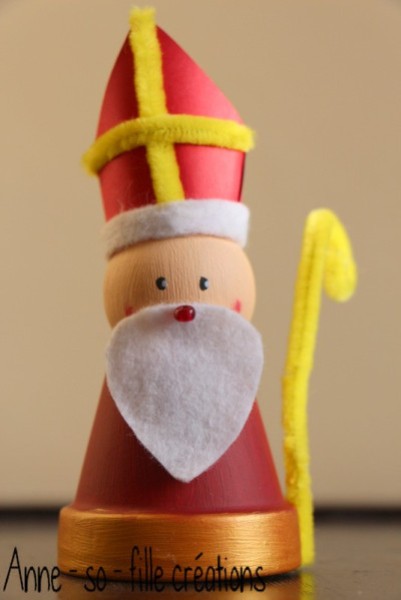 Got a small terracotta pot? Well, the first step of making this project from Annesofille Creations is complete! Now you just need a quick trip to the craft store and you’re all set to complete the craft! 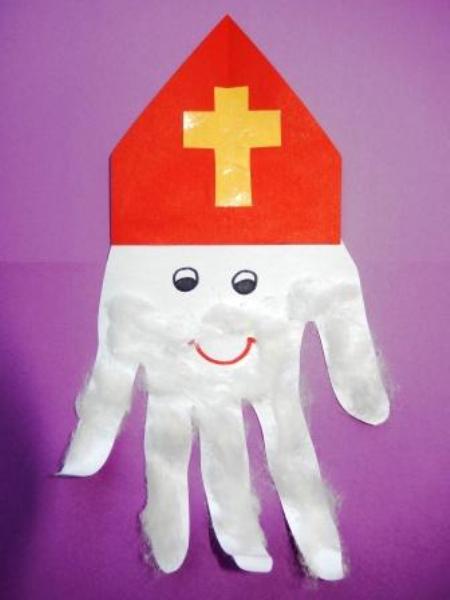 If you need a preschooler or toddler-friendly craft for St. Nicholas Day, try out this handprint craft from Knutsel Opdrachten. You can use googly eyes to add some more fun to this project. 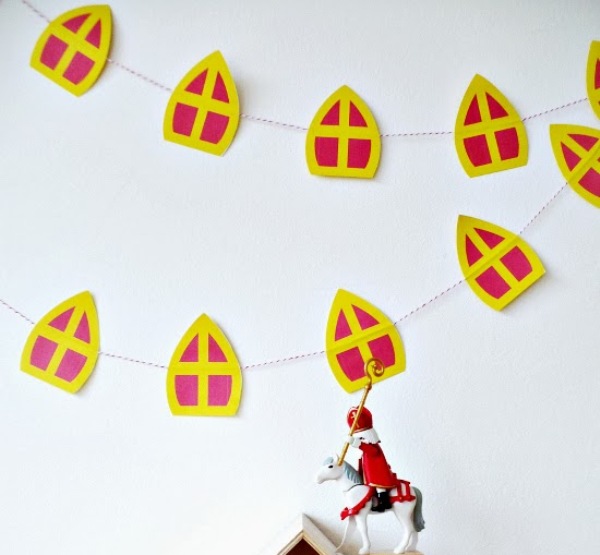 St. Nicholas is often identified by his iconic hat with the yellow cross. Zomaar een dag brings out this identifying feature in a cute garland craft that has a very festive look. 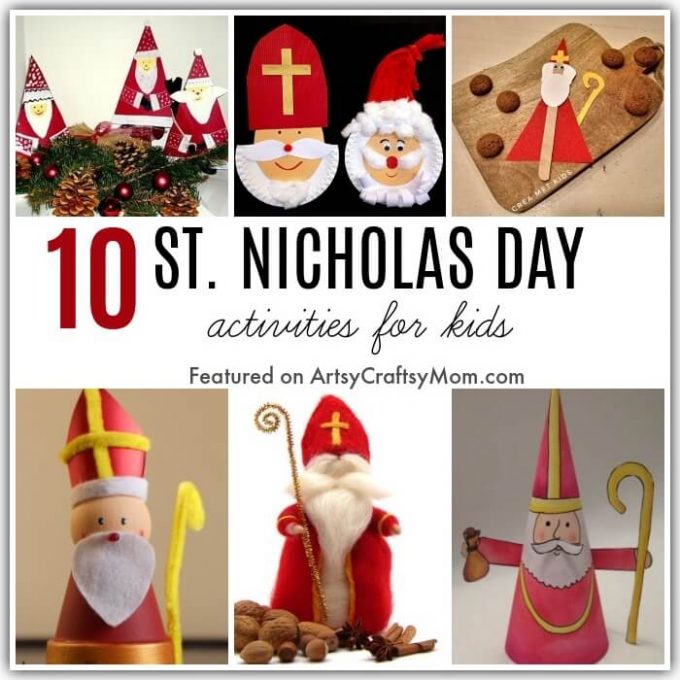 The basic color scheme for St. Nicholas and Santa Claus is the same, so you can have fun making both Santa crafts and St. Nicholas crafts with the same supplies. Isn’t it better when you can make so many fun things with items you already have on hand? 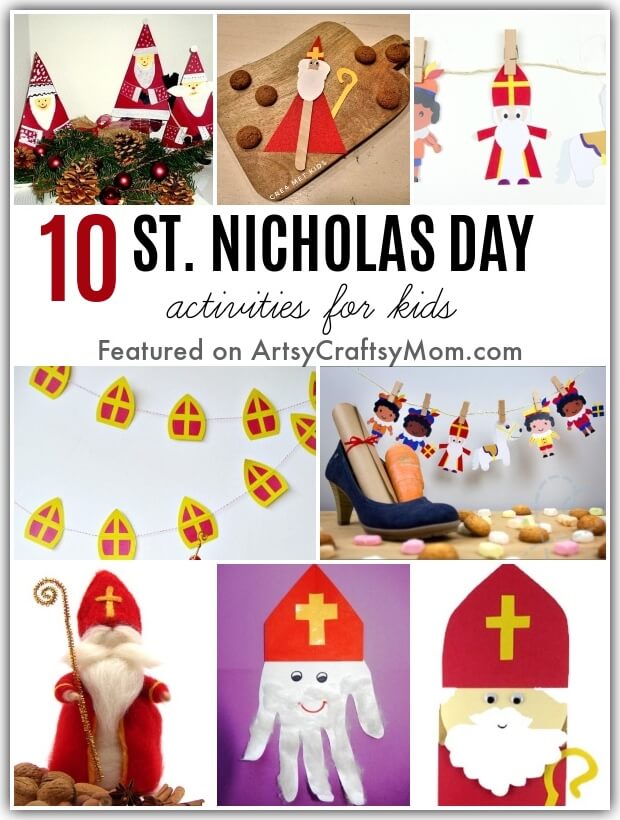