When you set out on any kind of a new venture, one thing everyone hopes for is a smooth journey, one devoid of obstacles. And that is exactly what Ganesha, the Hindu elephant God, will help you with!

Ganesha is the son of Hindu deities Shiva and Parvathi, and is believed to remove obstacles in one’s path. He is worshipped at the start of anything new, but mostly during the festival of Ganesh Chathurthi. This festival is celebrated in most parts of India with much fanfare, and involves very enthusiastic processions carrying elaborate idols of Ganesha. There’s a lot of music and food, and the air is quite electric!

Since Ganesh Chathurthi is nearly here, we’ve got a beautiful elephant-themed craft for you – a Madhubani Elephant Bookmark. Madhubani is a traditional Indian art form that features geometrical patterns. The craft is a lot easier than it looks and requires only basic supplies. 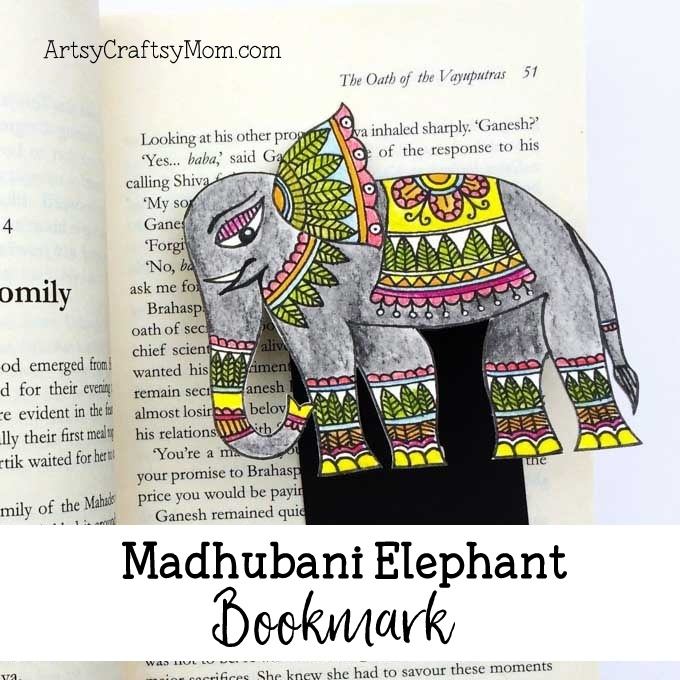 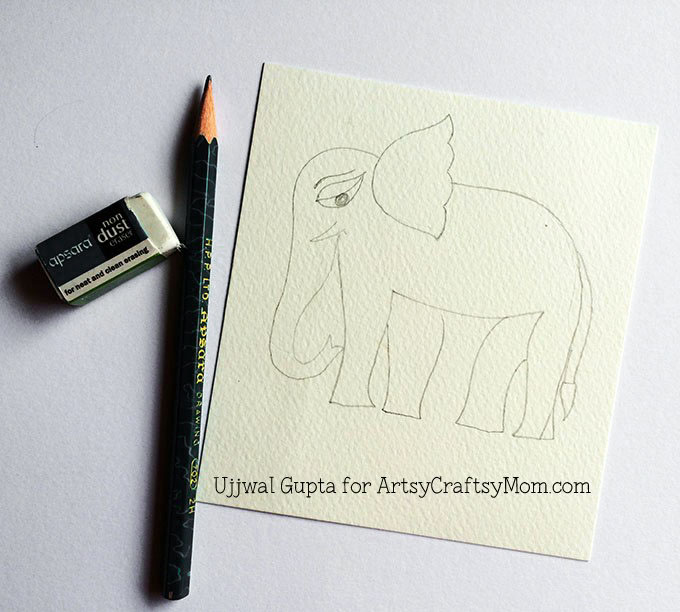 1. Draw an outline of your chosen image, for which I’ve used an elephant here. Madhubani paintings are mostly inspired by nature and day to day life. You could choose anything from a flower to a bird or a human figure. 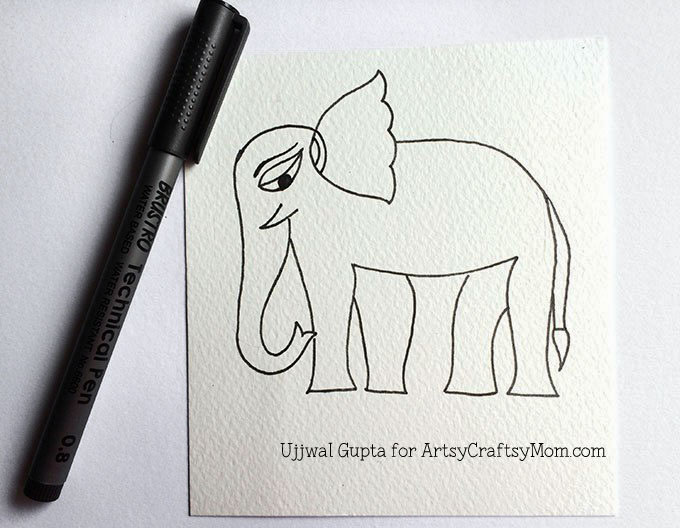 2. Once you are happy with the outline. Trace over it with a black pen. I chose a waterproof pen as I intend on using watercolors later. Erase any excess pencil lines. 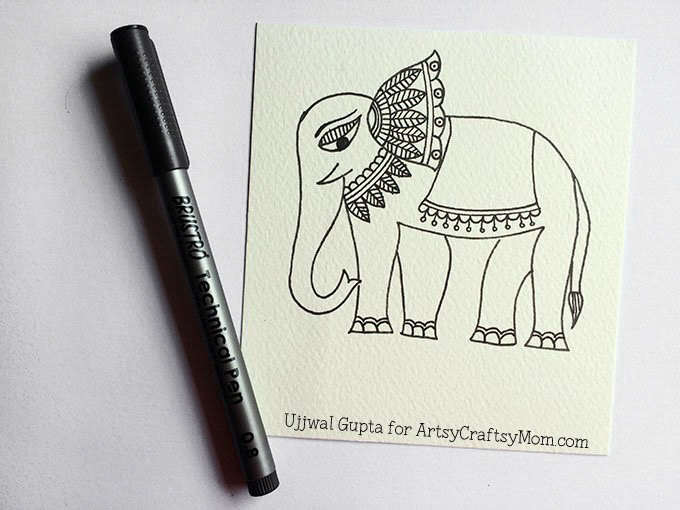 3. Start filling in the image with small repetitive patterns. You can fill the whole image or parts of it. I chose to fill few sections of the image. 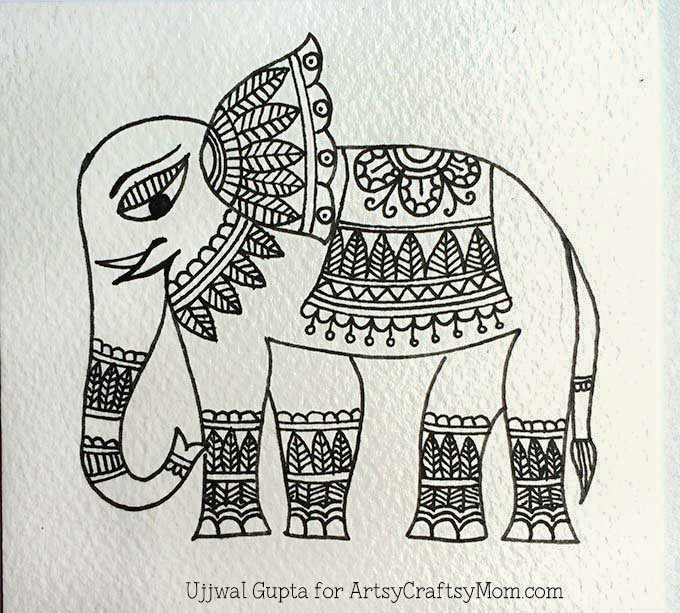 4. You could stop here and let the image be black and white. Or you could choose to color it in. 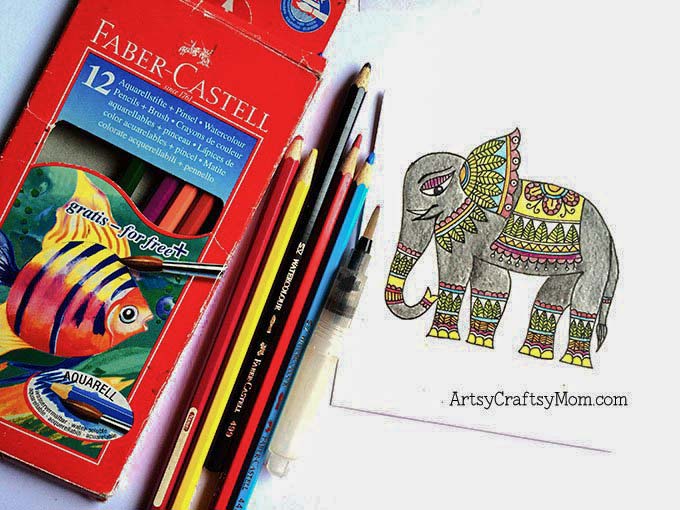 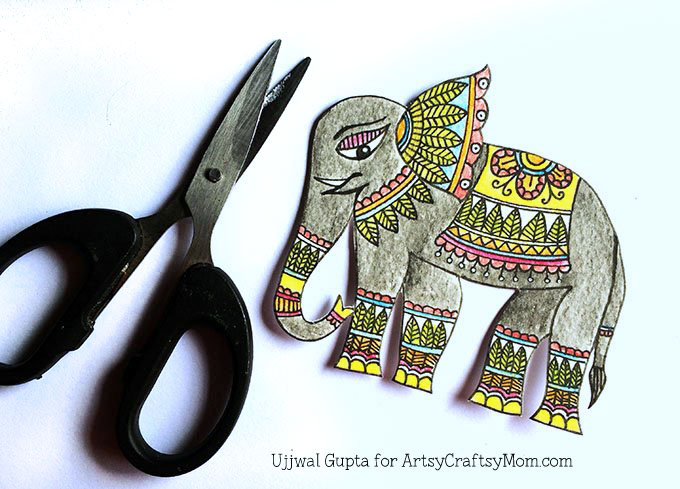 6. Using a pair of scissors, carefully cut along the image. 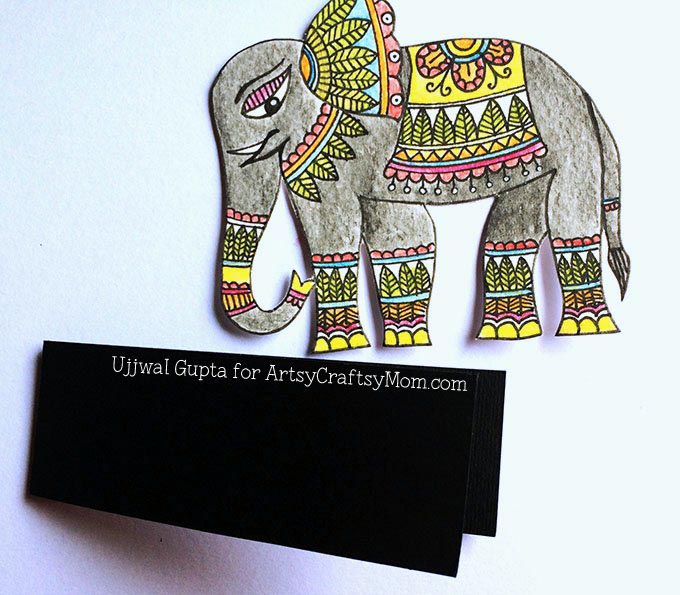 7. Fold a strip of black cardstock and glue the Madhubani image cutout near the fold. Cut the excess black cardstock, so only the elephant is visible on the front. 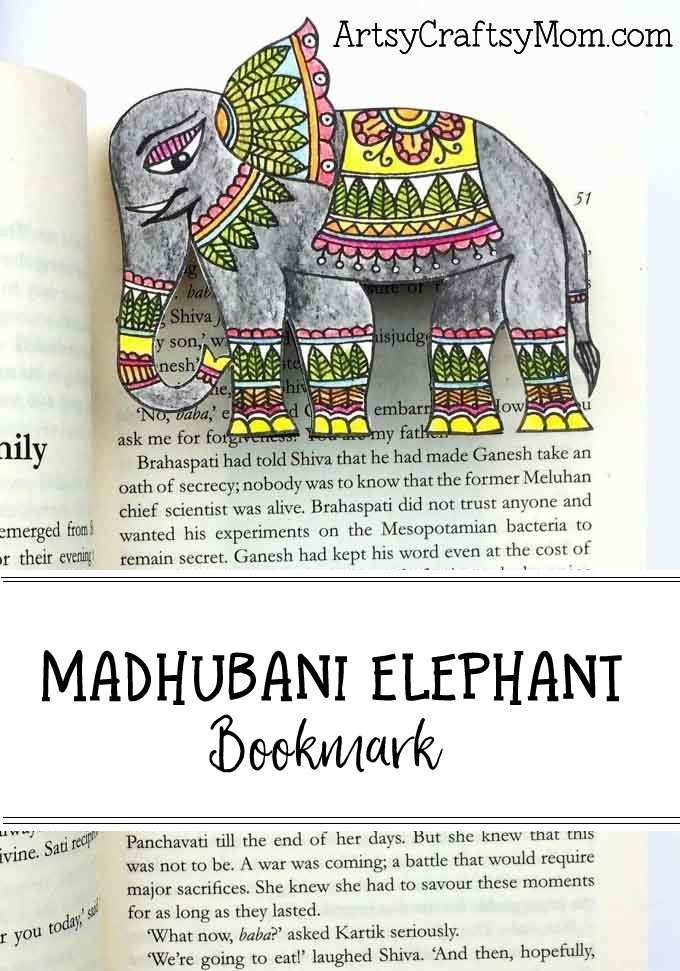 Your Madhubani Elephant Bookmark is ready! This is also a great craft for any India-themed event, or for Elephant Appreciation Day, coming up on September 22nd. For more information about the Ganesh Chathurthi festival, you can also get our Ganesha ebook. Go ahead and try out other designs in Madhubani as well! 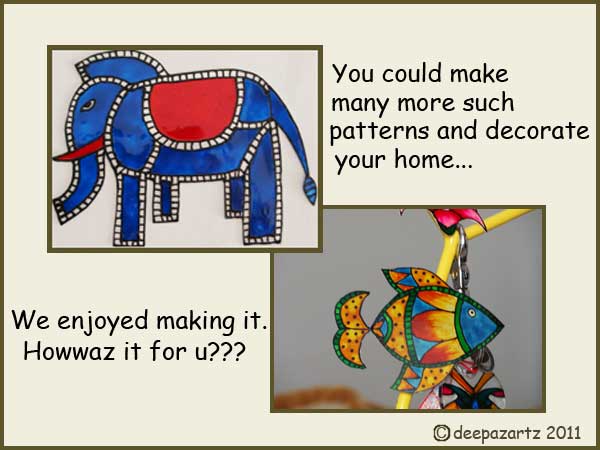 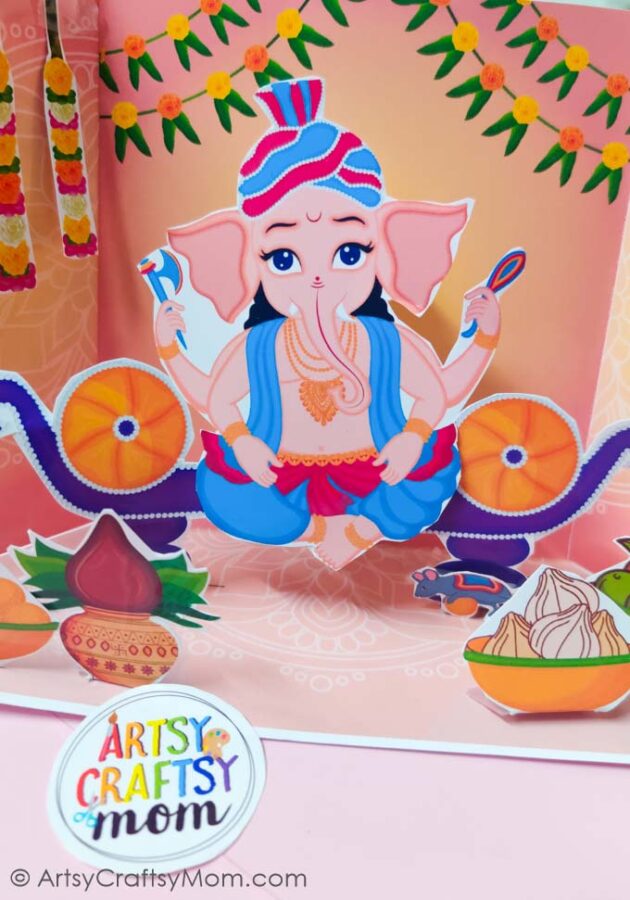 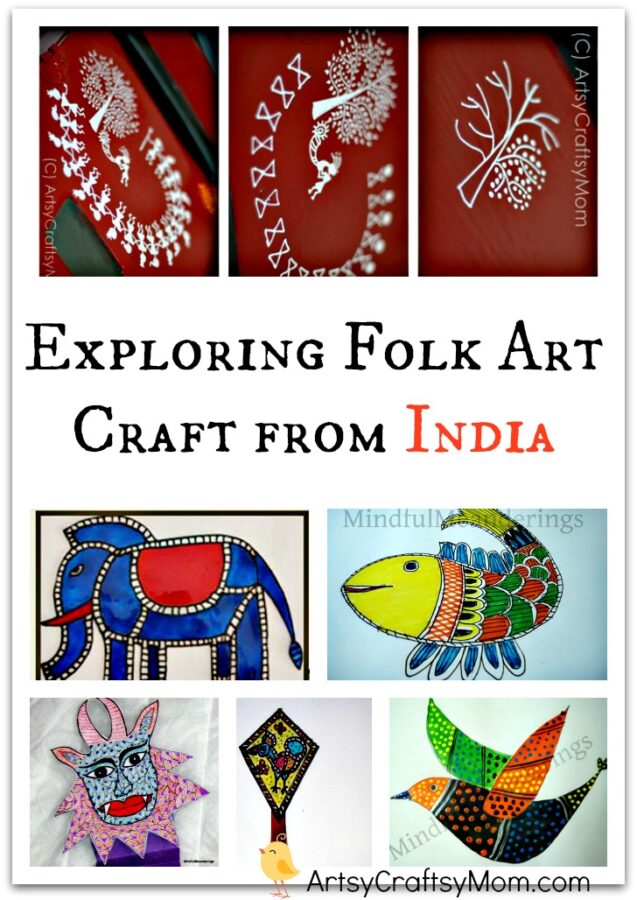 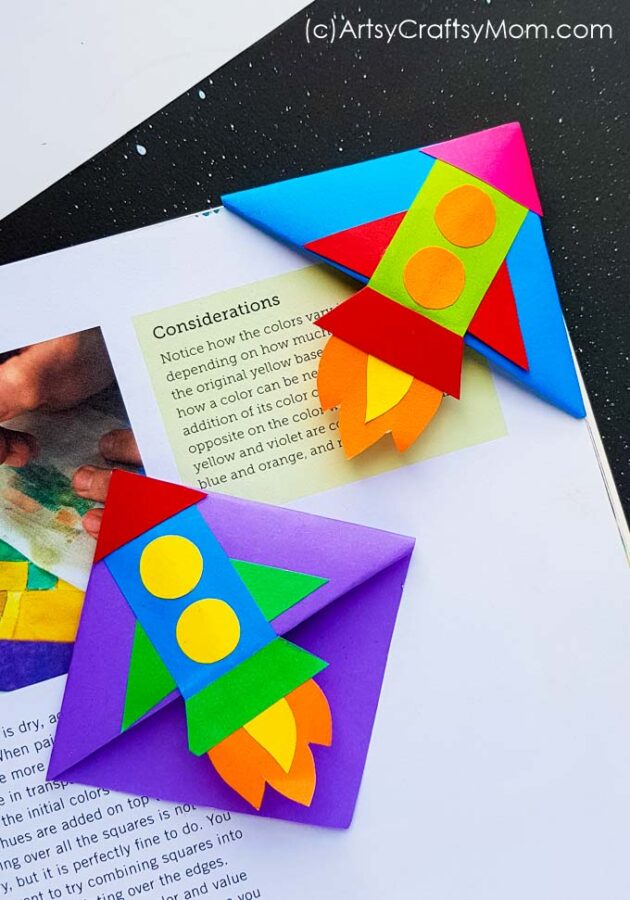