Spring is in the air and Mother’s day is just around the corner! This means that it’s the season for flowers – bright, fresh and pretty! While there are several varieties of flowers blooming this season, today, we’re focusing on the tulip with a simple Origami paper tulip craft. These tulips are super easy to make and look great on a greeting card, as part of a collage or as “stand-alone” decorations. They are also a great origami project for beginners. So now you have no excuse not to make these colorful blooms! 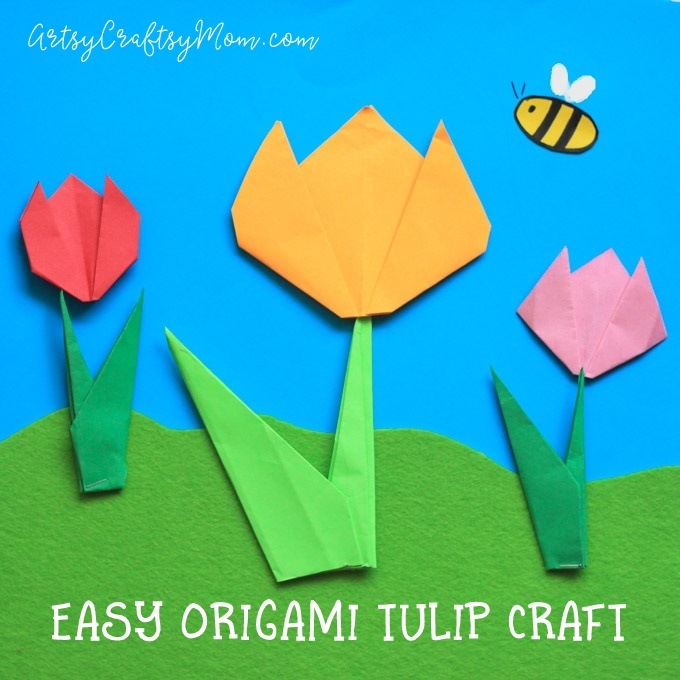 Instructions to Make the Tulip Head : 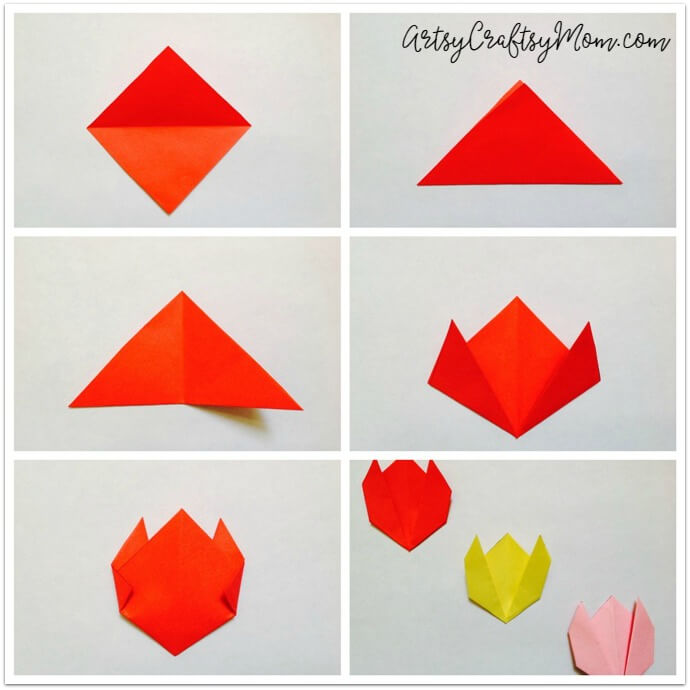 1. Take a square shaped craft paper of either 10×10 or 12×12  measurements and fold it corner to corner across the center, making exact halves. You now have a triangle.

3. From the center point of the fold at the base of the triangle, fold upwards on either side, so that it looks like the picture.

4. Now turn the tulip on its back and make small folds on the edges, so that the folds are not visible when you turn the tulip back up front. The tulip head is now ready; repeat these steps with craft paper in other colors.

Instructions to Make the Tulip Stem: 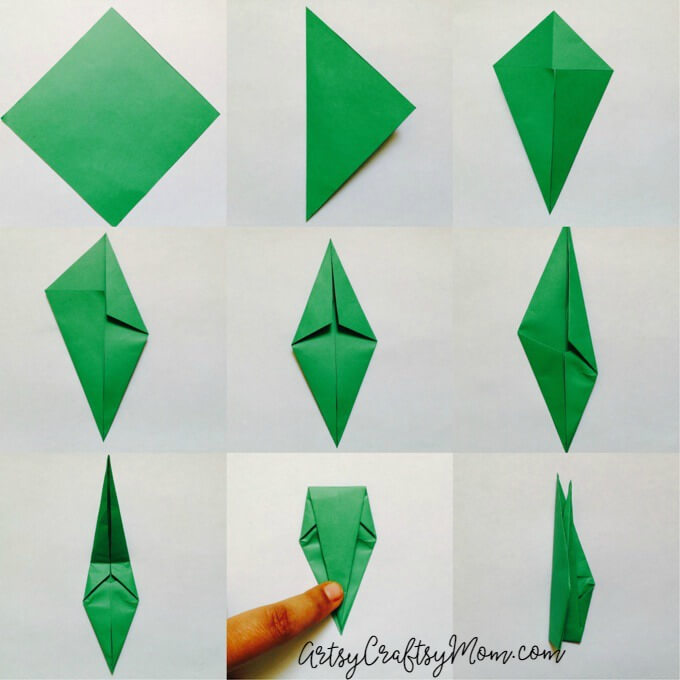 1. For the stem, use square shaped green craft paper that is slightly larger than the paper used for the tulip head – either 14×14 or 16×16.

2. Fold the paper into half and unfold, so you get a fold line in the center. Fold again, inwards from the center. Repeat this again, as shown in the picture.

3. Finally, fold the stem longitudinally, and then pull the stem out, as shown in the picture.

Your beautiful tulip is ready to be assembled!

1. Snip the tulip head at the bottom, so you get a small groove into which you can insert the end of the stem. 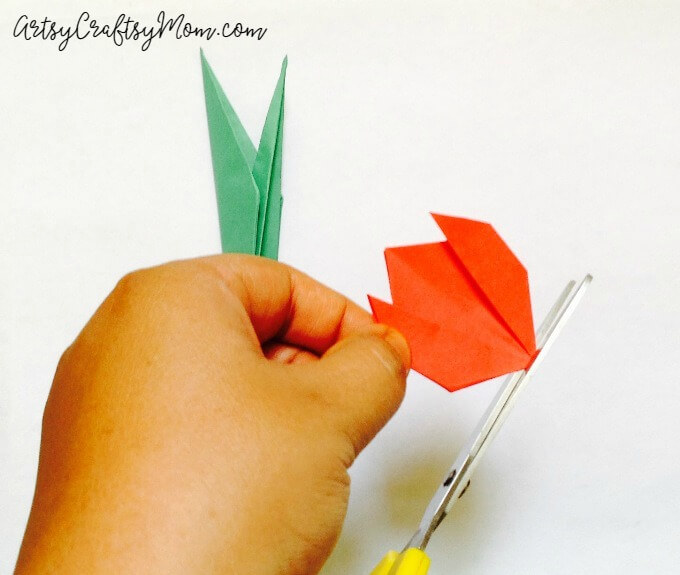 2. Fix the stem on all the other tulips you’ve made.

3. If using as decor elements, you can just prop the tulips up on something, but be sure to place them where they won’t fly away!

4. If using as a Mother’s Day card, make two tulips – one large and one small and stick them on bright card stock. Make a bee using thumbprints and colored sharpies. Add a note and gift it to your Mom! 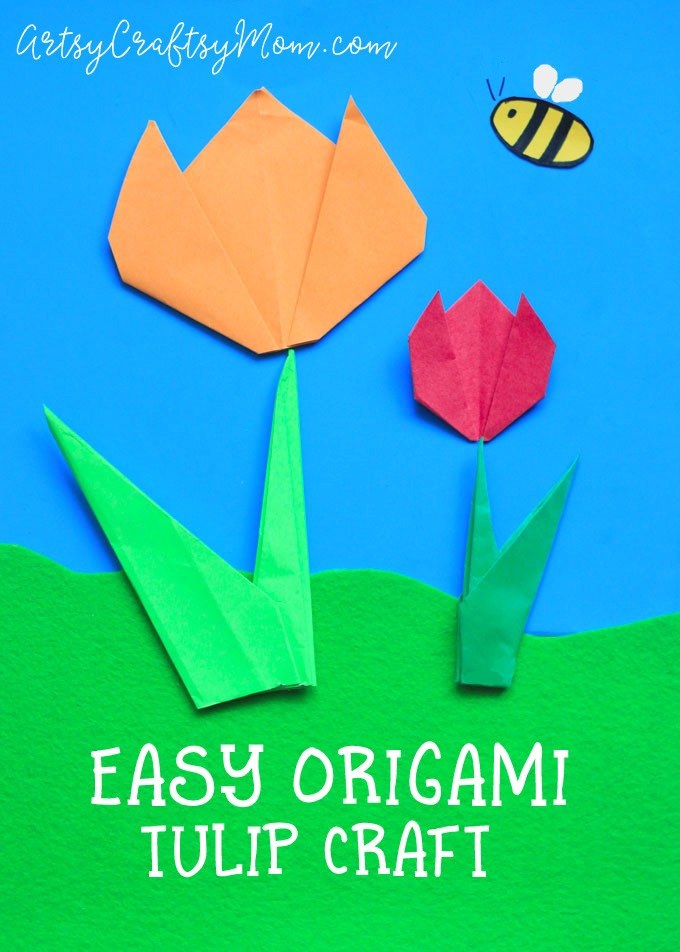 Sushma is an avid crafter with interests in Mehandi/henna, jewelry making, and Kids crafts. She is a Mum to boisterous twins and writes posts for our Art & Craft Section.