These Fairy Tale Crafts for Kids are perfect for ‘Tell a Fairy Tale Day’ or any other day of the year! Relive your favorite stories through these crafts!

There’s something to be said about the power a fairy tale has on us. Just hearing the line ‘Once upon a time’, invokes a sense of excitement and anticipation and we turn into 6 year olds all over again!

It was fairy tales that first introduced us to a world beyond our homes, of kings and queens, palaces and dragons, good and evil. Each tale had its own unique set of characters, and we all had our own favorites. My favorite is definitely the third pig who had the sense to build a strong house!

Where did fairy tales originate?

It’s hard to pinpoint the exact origin of fairy tales, but they are believed to be folk tales that were passed down from one generation to the other. They were known as fairy tales only after the 1600s, when French writer Marie-Catherine d’Aulnoy coined the term ‘Les Contes des Fées‘, which means fairy tales in French.

The stories got universal appeal once they began to get recorded in writing. French writer Charles Perrault published his version in the 1600s and in the late 1800s, the Grimms brothers from Germany, Jacob and Wilhelm Grimm, published ‘Grimms’ Children’s And Household Tales’. More modern tales were written by Dutch writer Hans Christian Andersen.

Most fairy tales as we know them have happy endings; in fact the very expression ‘fairy tale ending’ is used to refer to a joyful finale. However, original fairy tales were anything but – they were actually quite violent and gruesome! Those tales were actually meant for adults, and later versions were ‘sanitized’ and toned down for children.

With 26th February being ‘Tell a Fairy Tale Day‘, we think it’s a good time to rekindle our love for our childhood stories – by re-reading them as well as by doing some cool fairy tale crafts! See if you can read some new tales too, or have a fun fairy tale party with your friends! 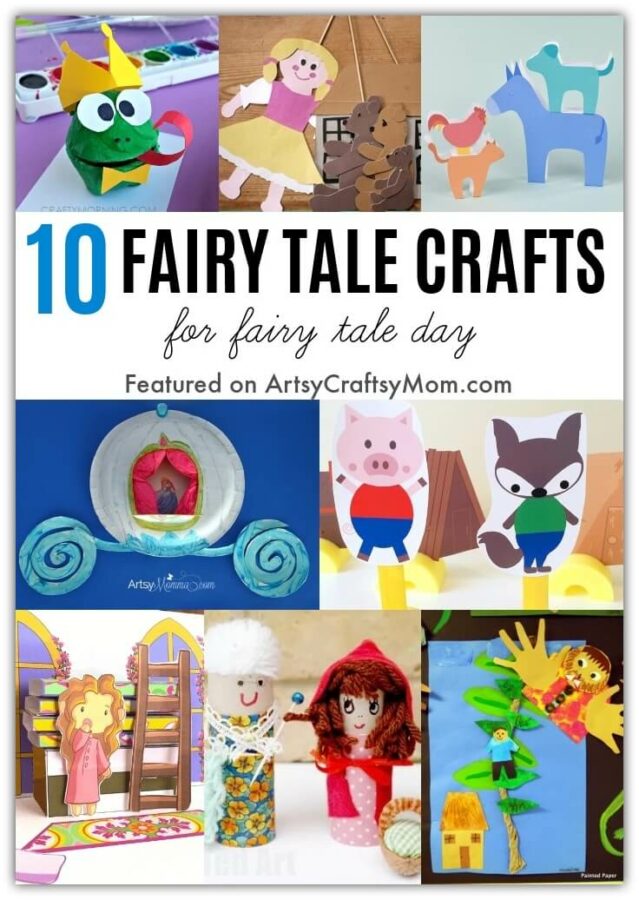 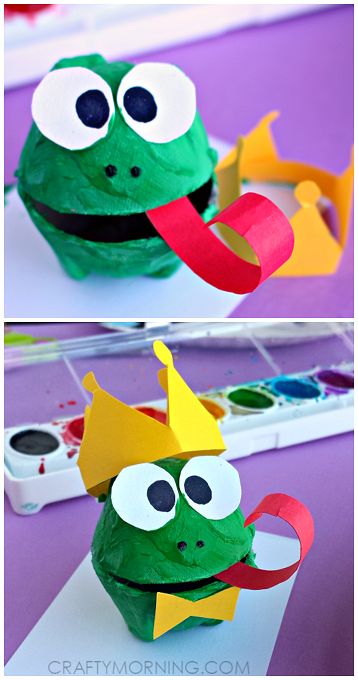 ‘The Princess and the Frog’ is a popular fairy tale that got a fun twist in the 2009 Disney movie of the same name. Did you know that experts have actually calculated the amount of energy required to turn a frog into a prince? Yes, they did – and it’s equivalent to the energy of 1,00,000 atom bombs! But we don’t need even a fraction of that to make this adorable egg carton frog prince craft from Crafty Morning! 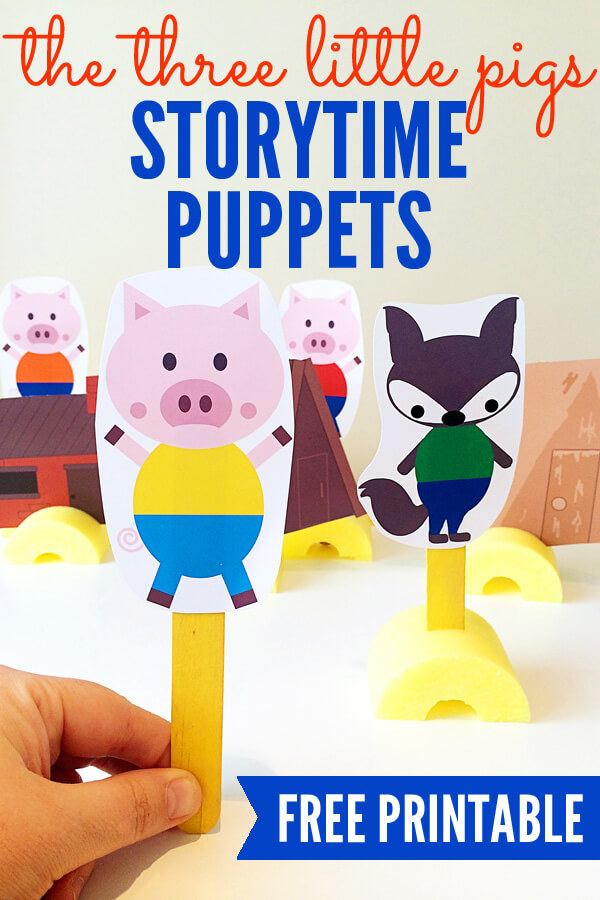 This was one of my favorite fairy tales as a child, probably because of all the huffing and puffing involved. This fairy tale is such an integral part of pop culture that in 2012, The Guardian even did a story about how the pigs had actually committed insurance fraud by destroying their houses themselves. In fact, there’s even a book that tells the wolf’s side of the story, called ‘The True Story of the 3 Little Pigs!‘ by A. Wolf! Create your own version or play out the original with these cute puppets from Childhood 101. 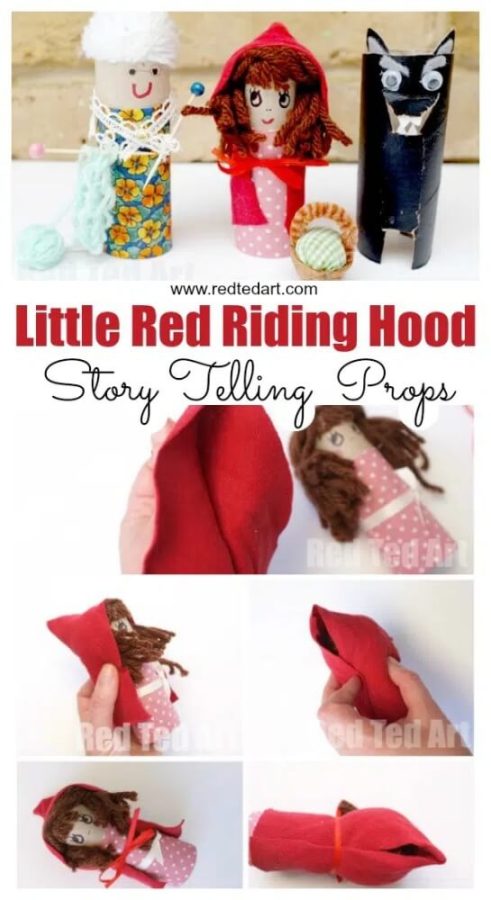 Little Red Riding Hood is one of those fairy tales that has many versions from various eras. In some versions, a hunter rescues Red Riding Hood and her grandmother, while in others, both get eaten up! At the core, it was meant to be a cautionary tale for kids, warning them about talking to strangers. Have fun with these three characters by creating puppets out of toilet paper rolls, as shown in Red Ted Art. 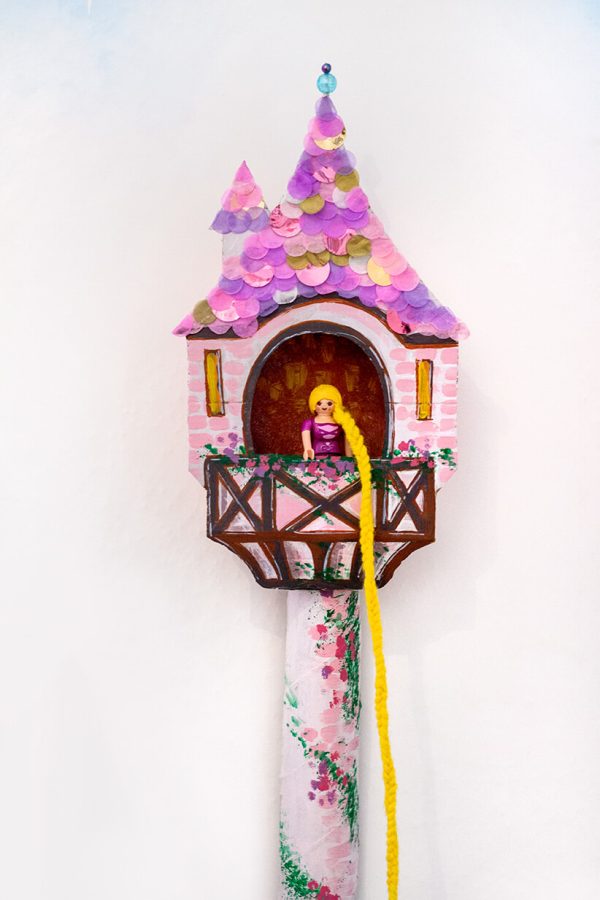 There isn’t a kid today who hasn’t seen Tangled, even if they haven’t heard the original Rapunzel story! In the original version, the prince gets blinded when pushed off the tower by the witch, and both Rapunzel and the prince wander through the forest for years before they are united. Thankfully, the latest version is much more cheerful, and we have this craft from Sammy Demmy to add to the fun! 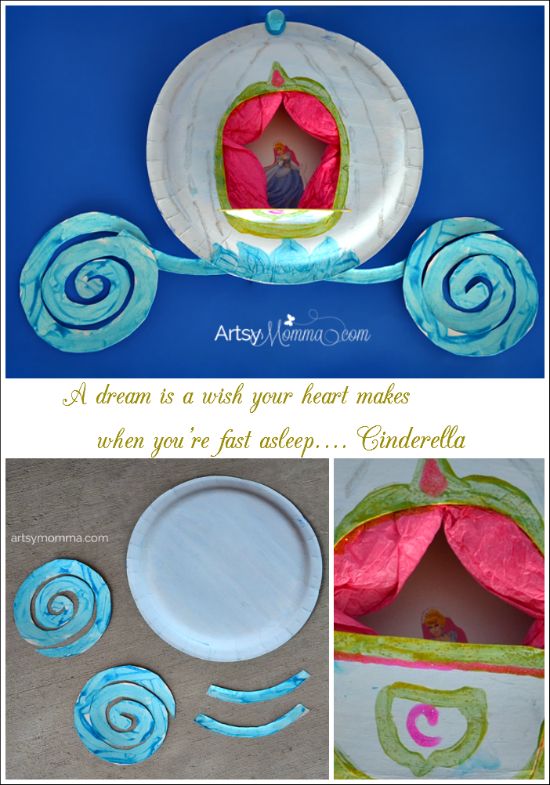 Apparently, there are over 700 versions of Cinderella in various languages across the world. It is also the most popular staged British pantomime. Probably explains why you can’t have a list of fairy tale crafts without mentioning her! Initially Cinderella’s slipper was made of gold, and it somehow turned into glass over the years. Today let’s have some fun with her pumpkin-carriage, with a paper plate craft from Artsy Momma.

6. Jack and the Beanstalk Collage 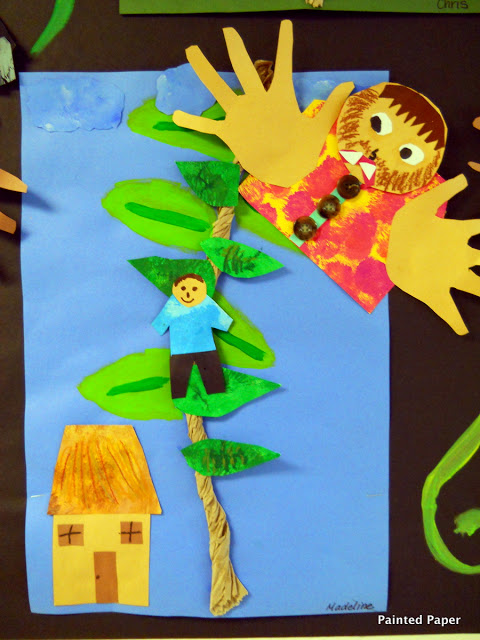 The story of Jack’s magic beans which grow into a huge beanstalk is pretty popular, but did you know that the original version didn’t have a beanstalk? No, it didn’t, and it was called ‘Jack, the Giant Killer’! We’ll however stick to the beanstalk version – it’s much more fun to imagine a huge beanstalk with a thick trunk and leaves you can stand on! Create a collage based on the story with this fun project from Painted Paper Art. 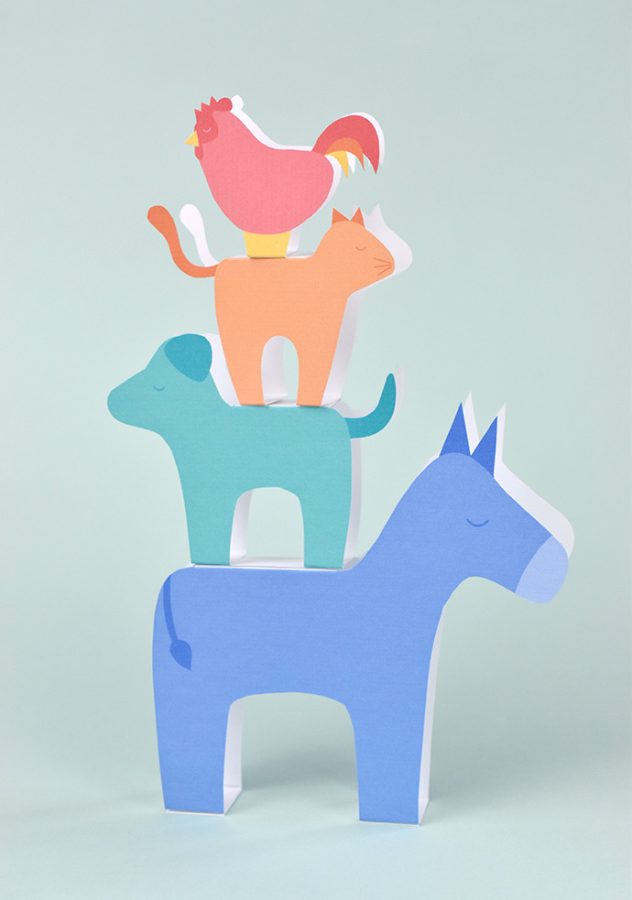 This fairy tale was another one of my childhood favorites! Four elderly animals thinking they could become musicians and then how they work together to fight off the bad guys – what’s better than this? While most fairy tales don’t mention any region and could be located anywhere, this story specifies the town Bremen. The city even has a bronze statue depicting the animals from the story! Handmade Charlotte recreates the statue with a fun printable we can download.

8. Goldilocks and the 3 Bears Puppets 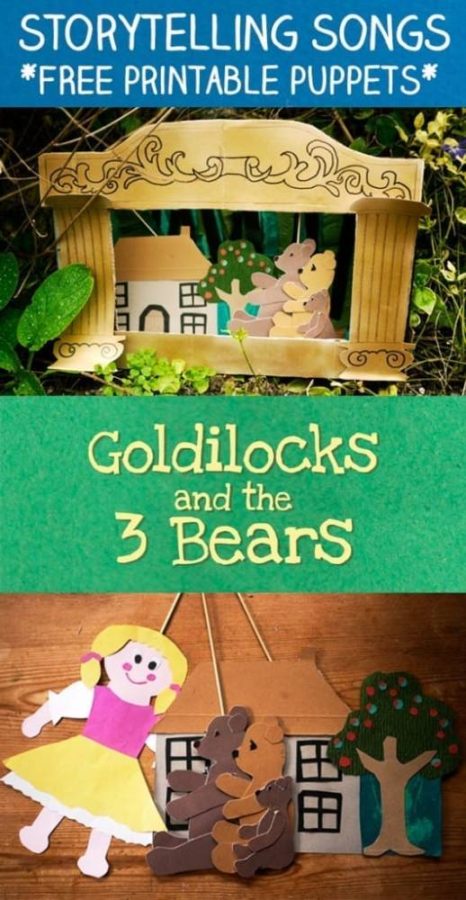 I’ve always had mixed thoughts about the Goldilocks story – how can you just walk into someone’s home and eat their food? However, it seems that Goldilocks wasn’t originally a little girl – it was a rather rude old woman! The bears were also originally not a family – they were just three male bears. This craft from Let’s Play Music sticks to the version we all know, and is guaranteed to provide hours of fun!

9. Princess and the Pea Printable Craft

In the original Princess and the Pea fairy tale, the princess complains about a horrible night in bed, the prince is convinced and marries her. However, I remember seeing a cartoon, where there’s a little behind-the-scenes peek at what really happened. Apparently, the prince had a cat and dog who had seen the queen mother place the pea, and they reported this to the princess, who slept perfectly well at night! If you like this version, you can add a little cat and dog to the printable from Teaching with Children’s Books. 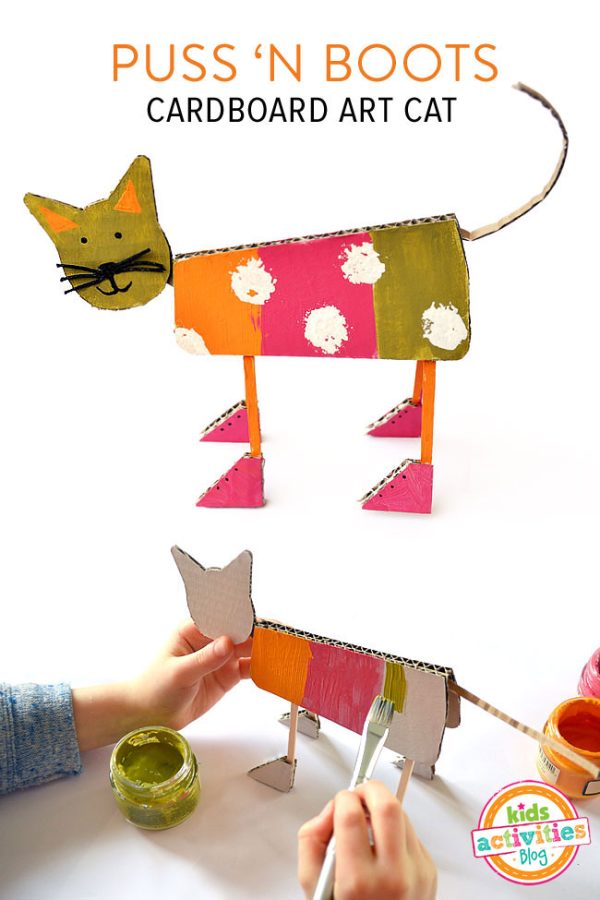 If you’ve seen the movie based on the Shrek character, you’ll have noticed that Puss has many adventures that aren’t part of the original tale. However, it is in line with Puss’ character of being a sly, clever cat! We like this interesting take on the popular character by Kids Activities Blog, who puts puss in some sneaker-style boots! 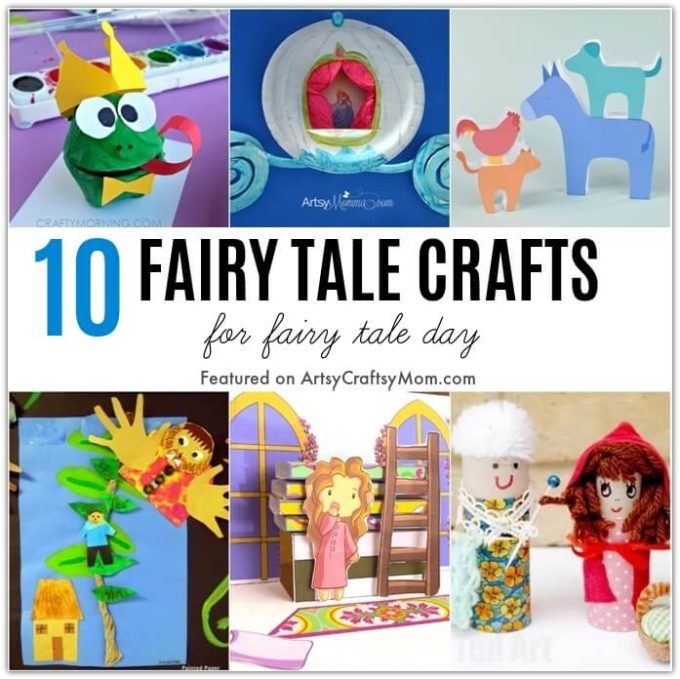 These fairy tale crafts would make great additions to a story night where you can retell all the famous fairy tales and seek out a few new ones too. Fairy tales may seem fantastical and out of touch with reality, but the truth is that they are still beneficial for kids today. A simple fairy tale helps kids understand the basic construction of a story, with characters and events. It also teaches kids that there is both good and bad in the world, and you can choose to be good. Since fairy tales aren’t really set in any location, it also overcomes all cultural barriers. And to top it all, they’re just as fun as ever! 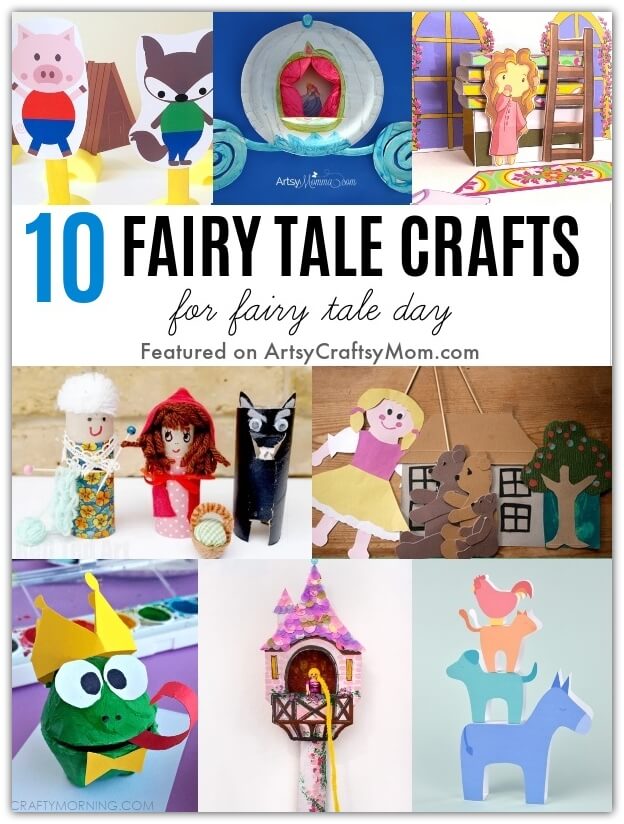 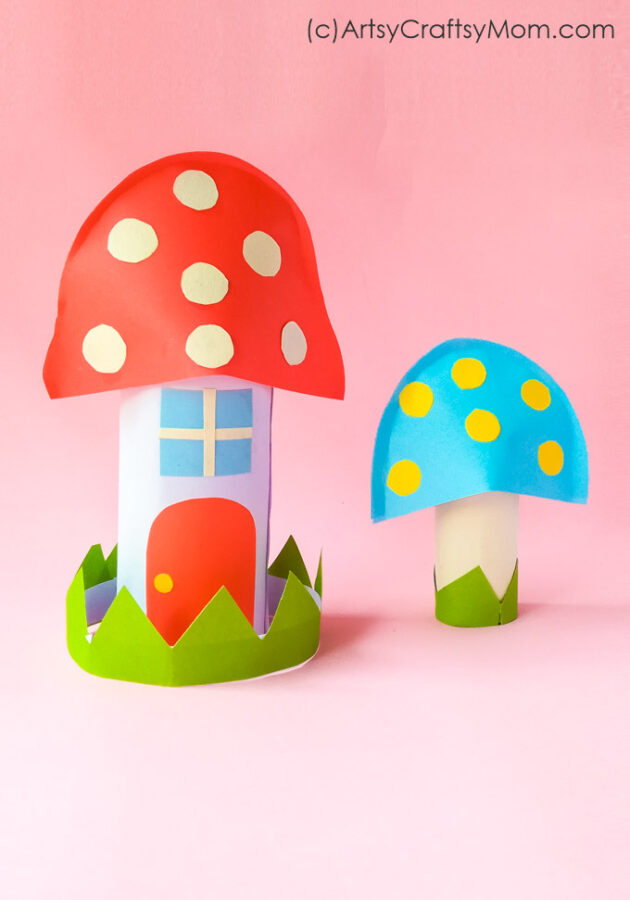 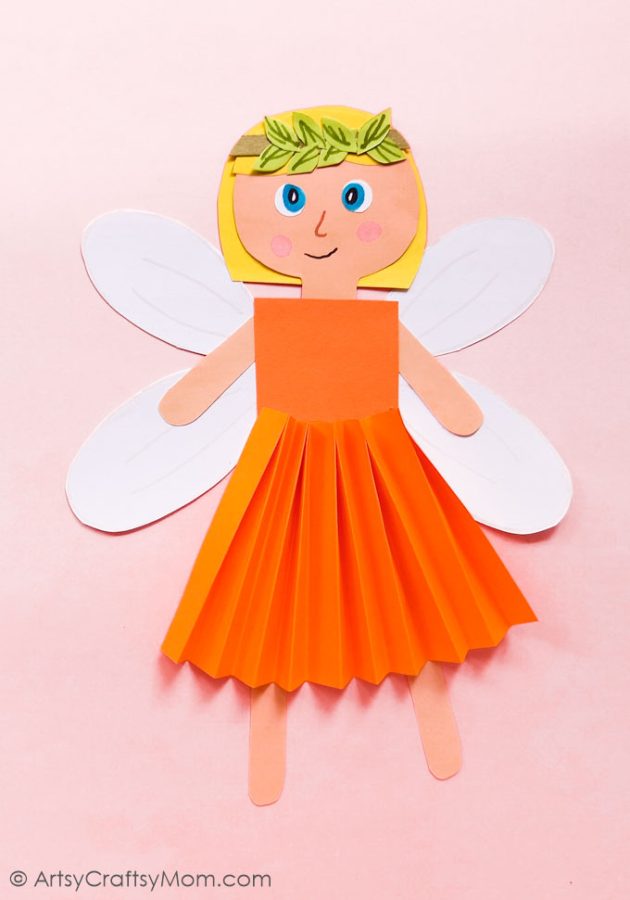 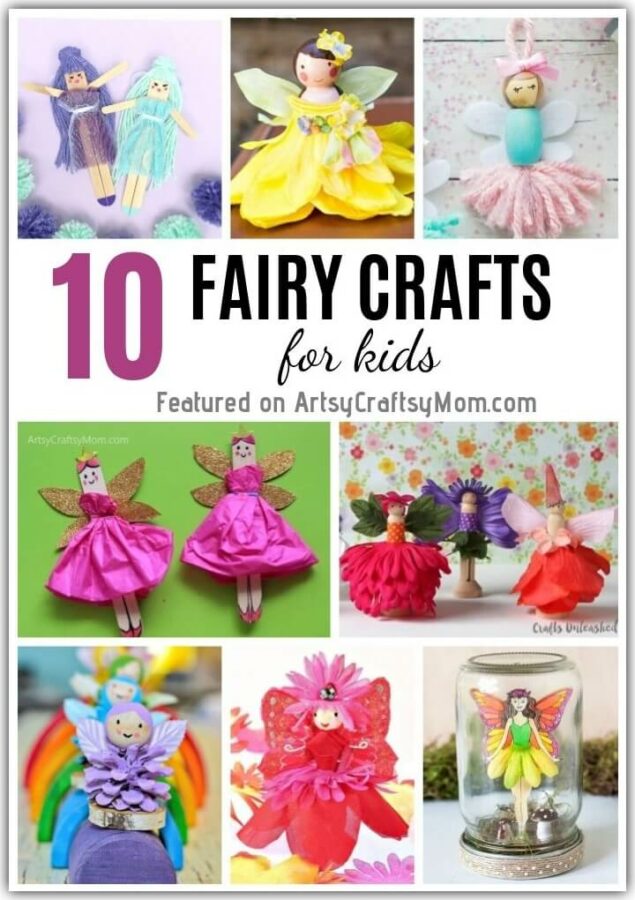 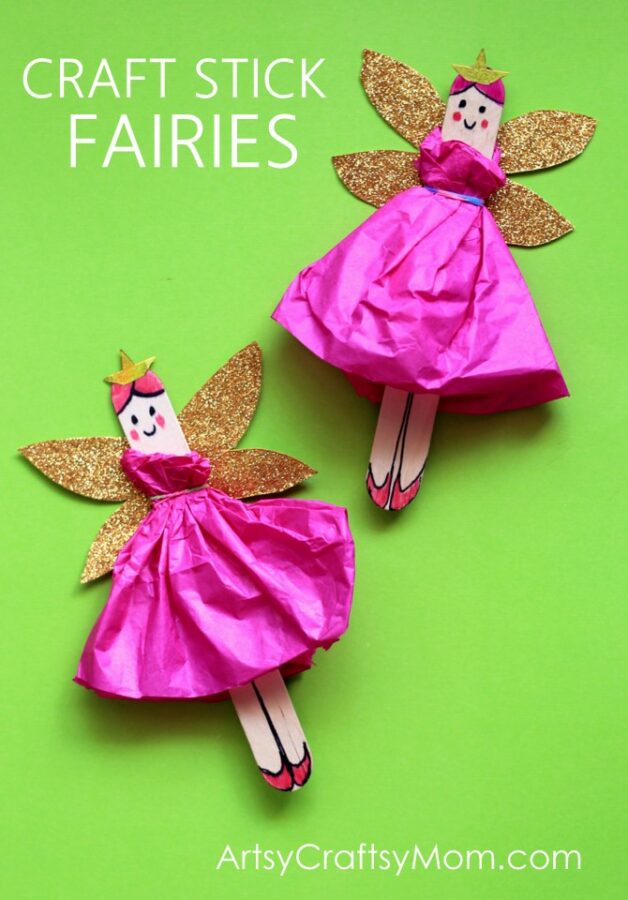