Our Printable Racoon Paper Craft is perfect for International Racoon Appreciation Day, the right time to learn about these amazing animals!

If you were making a movie with animals in it, and you needed someone to play a thief, who would you choose? In all likelihood, it would be the racoon, with those mask-like markings around its eyes!

You wouldn’t be the only one to think like that too, racoons are often used as thieves in cartoons. And it may not be only due to the mask; racoons have really well developed hands, and they can handle quite a lot of stuff – including breaking open a box!

If you’re wondering why we’re talking about racoons, it’s because October 1st is International Raccoon Appreciation Day. We’ve often heard and seen racoons, but how much do we know about them? For instance, did you know that racoons can survive as well as in human settlements as in the wild? In fact, there are city and country versions among them too!

There are a lot more fun facts to learn about racoons, and we’ll get the ball rolling with a cute printable racoon paper craft. It comes with a free template to download, so it’s super easy to make! 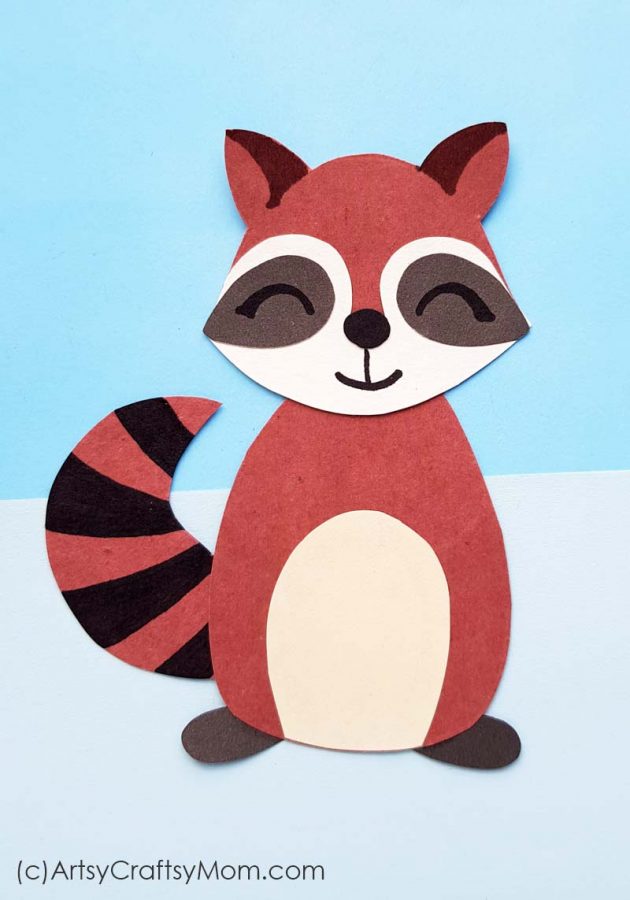 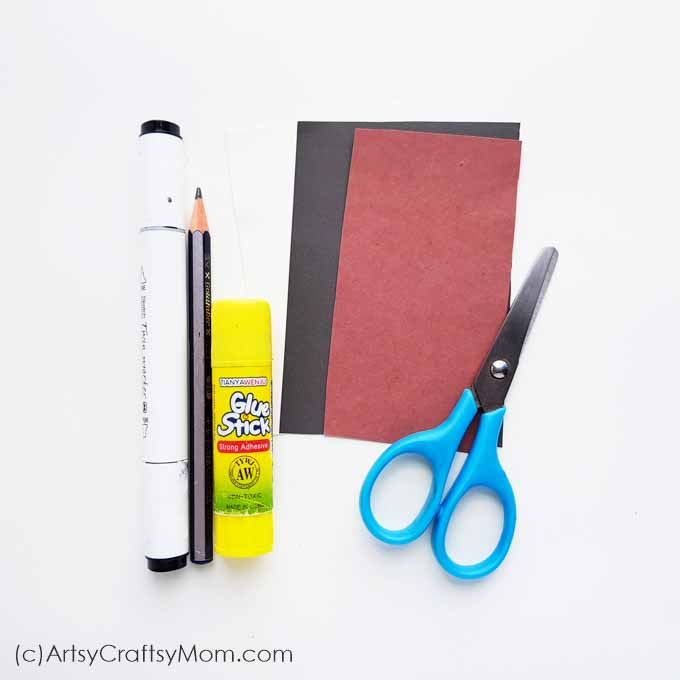 How to make the Printable Racoon Paper Craft:

1. Download the free template and print it out. Cut out the various pieces. The template contains the racoon’s body, head, fur, tail, face, eyes, nose and feet. 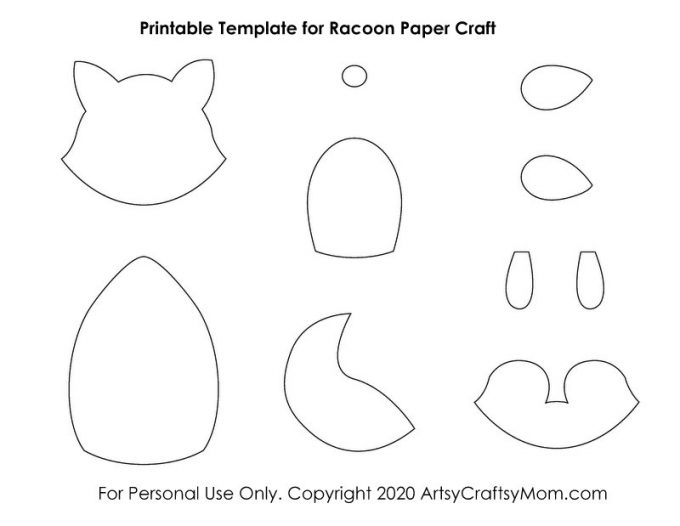 2. Trace out the various parts of the racoon on craft paper in the appropriate colors. Here we’ve gone with light brown for the head, body and tail, dark brown for the eyes and feet, black for the nose, white for the face and beige for the fur. 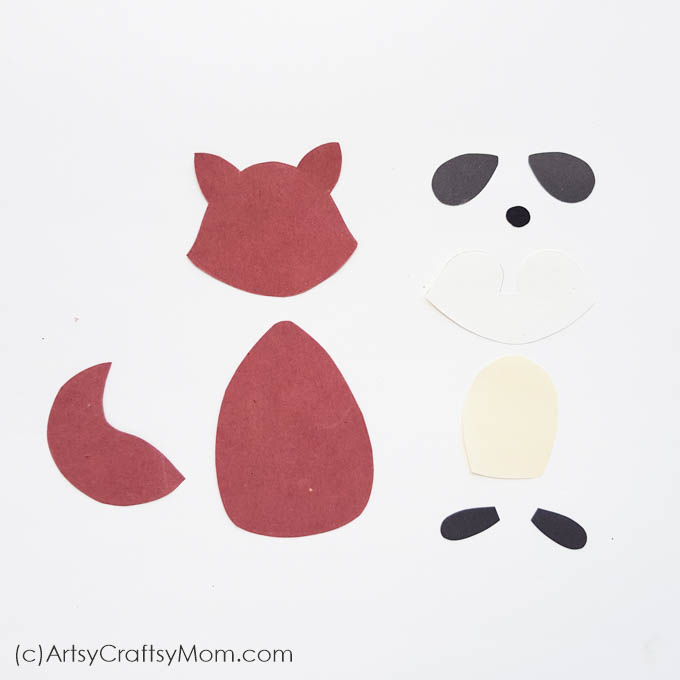 3. Start with assembling the basics. Stick the face on the head and the fur on the body. At the same time, you can use the marker to draw thick stripes on the tail. 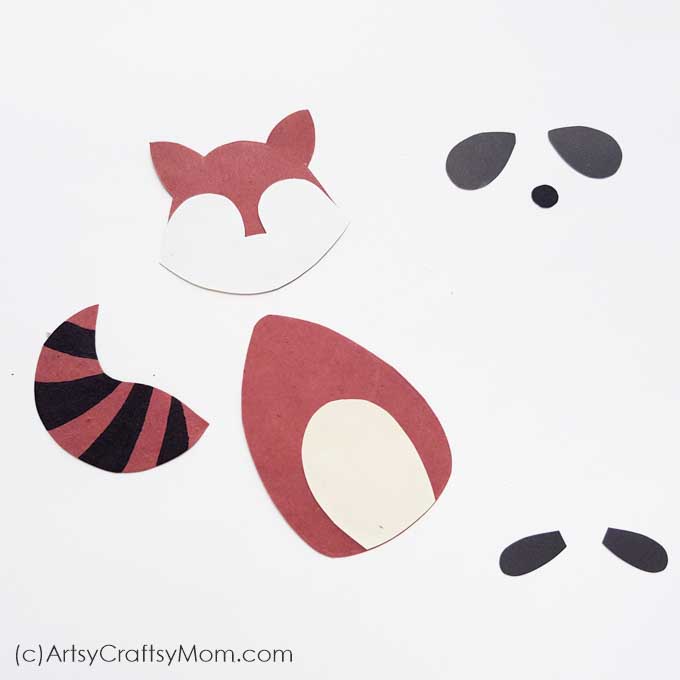 4. Time for details! First the head. Glue the eyes and nose on the face in the right places. Use the marker to draw on eyelids, a mouth and add some shading to the ears. 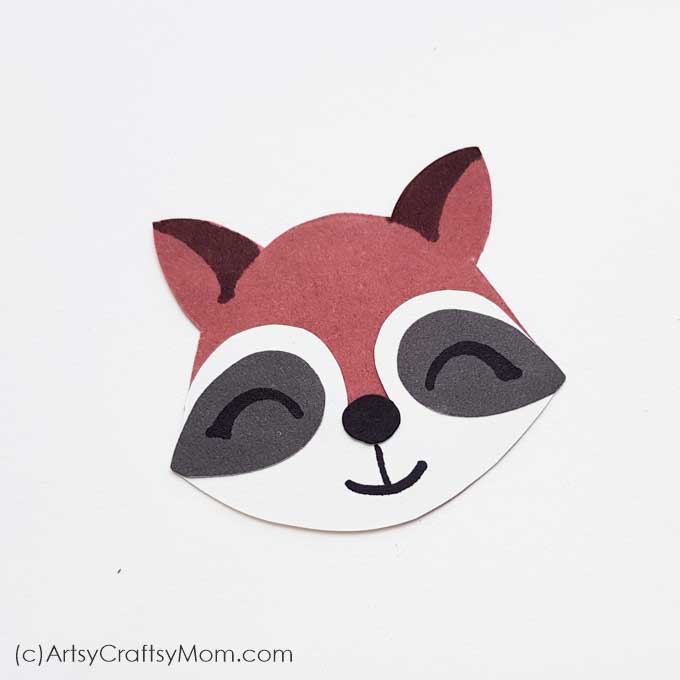 5. Moving on to the body assembly, stick the tail behind the body and the feet under it. 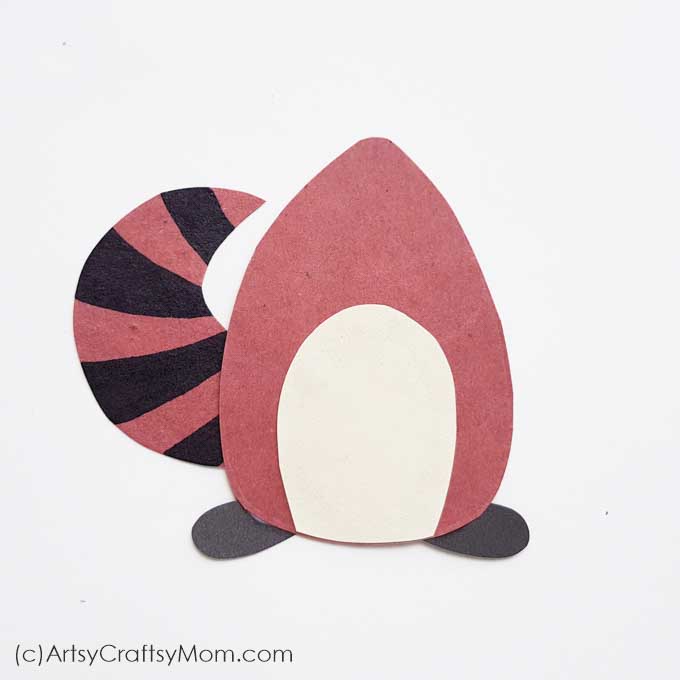 6. Stick the head on the body and you’re done! 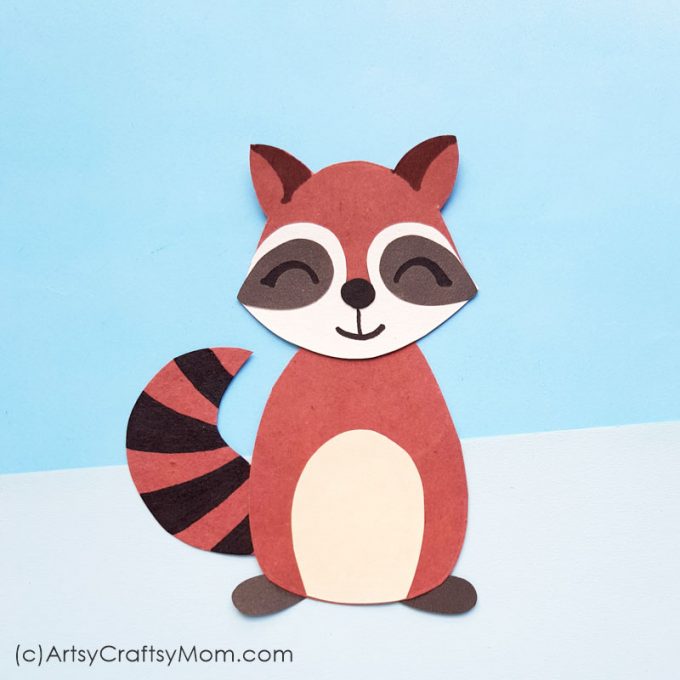 If you enjoyed making this, you’ll also have fun with our printable racoon mask. With Fall on the way, it’s a great time to learn about woodland animals like racoons, squirrels and hedgehogs. Kids will love seeing how there are many similarities between these animals as well as how unique they are. Nothing like learning by making some crafts on the side! 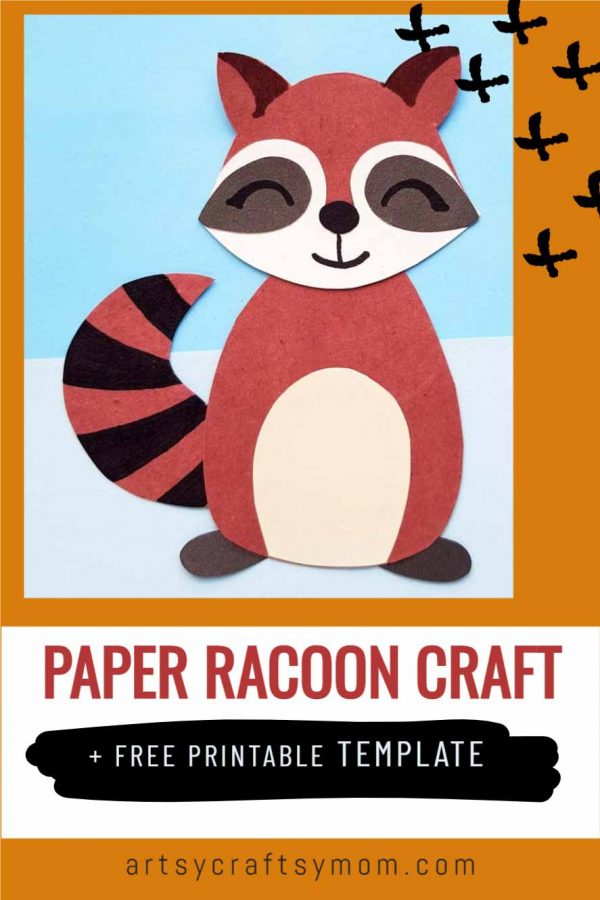