Celebrate the varied culture, monuments, flora, and fauna of Australia with these simple Australia Day Crafts for Kids! Includes koalas, kangaroos and more!

Australia is one of those countries I’ve always longed to visit. I think I absolutely fell in love after watching Master Chef Australia!! The food, the beautiful sights, the people – all so lovely!

That’s why it was so heartbreaking to hear about the recent bushfires which caused such devastation, especially for the animals. Australia has such a rich diversity of wildlife, on farms, in forests, and of course, in the Great Barrier Reef.

Since Australia Day is coming up on the 26th of January, I think it’s the perfect opportunity to celebrate this amazing country and all that it has to offer. It’ll also help spread some awareness about what’s happening there and why we need to care about our wildlife. And the best way to do this is through some Australia Day crafts for kids, featuring a variety from landmarks to animals to plants to art! 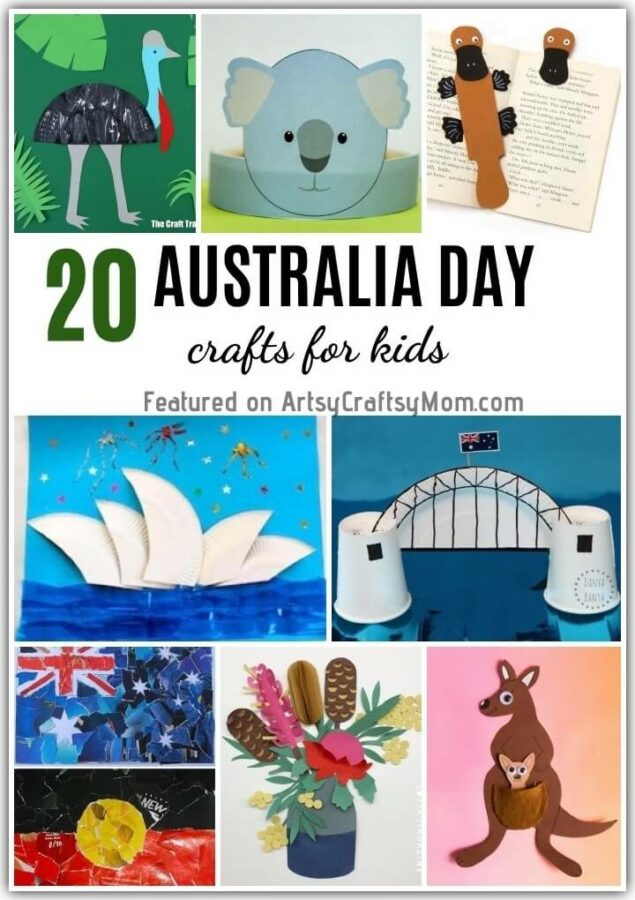 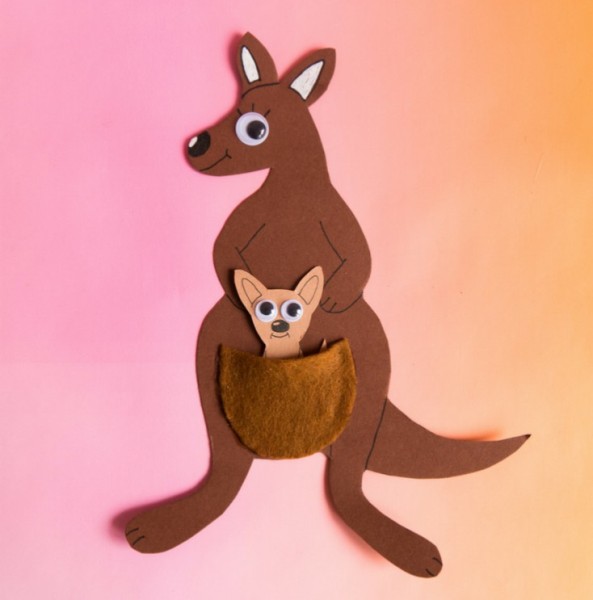 What’s the first thing that comes to mind when you think about Australia? It has to be kangaroos! Tinker About brings us an absolutely adorable Mamma and baby kangaroo craft that’s sure to delight little kids! 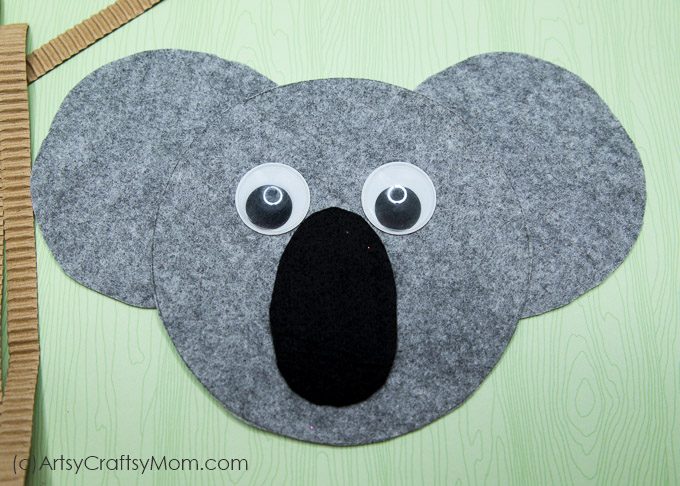 Koalas are icons of Australian wildlife, and we’re all familiar with images of these cuddly animals swinging on branches and chomping on leaves. Try out this koala craft with the kids and raise awareness on how koala numbers are fast dwindling. 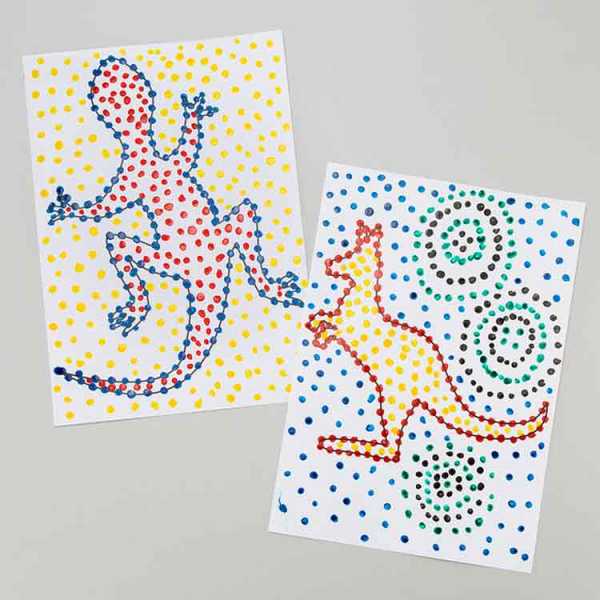 Aboriginal art dates back to as far as 20,000 years. The most identifiable parts of aboriginal art are dot art, hand signs and symbols. Baker Ross celebrates aboriginal dot art with this simple yet beautiful painting project for kids. 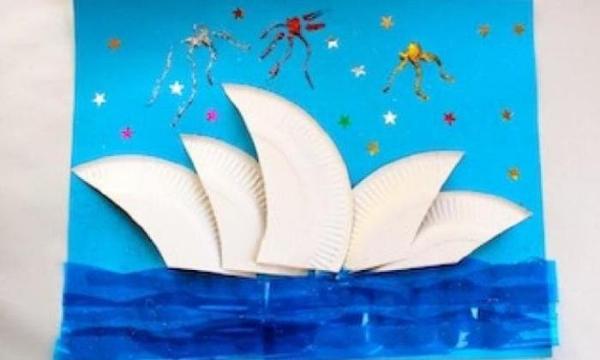 What’s one iconic landmark of Australia that you can identify? I’m sure most of you will mention the Sydney Opera House! Kidspot uses paper plates to recreate this icon that’s a part of UNESCO’s World Heritage List. 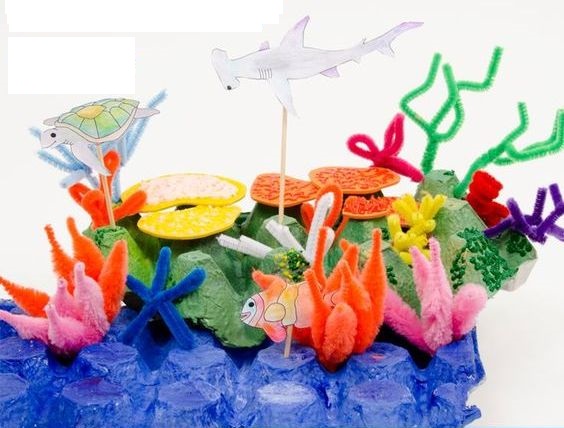 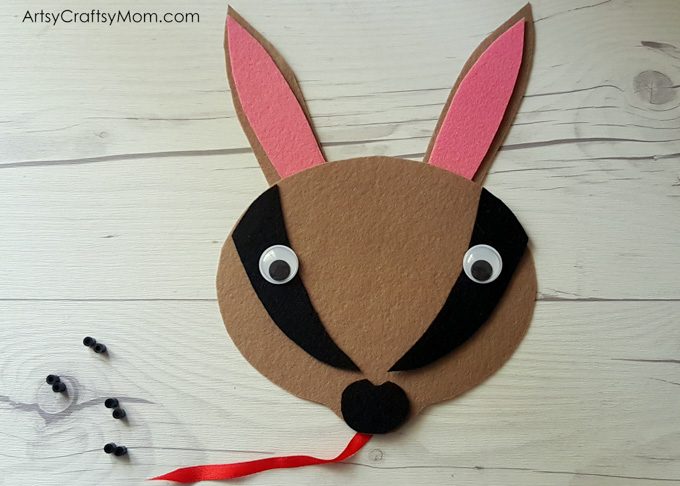 Like the koala and the kangaroo, the numbat is an animal that calls Australia its home. With bands or stripes all over its body, this animal is easily identifiable. Learn more about this unusual animal with a recycled CD craft. 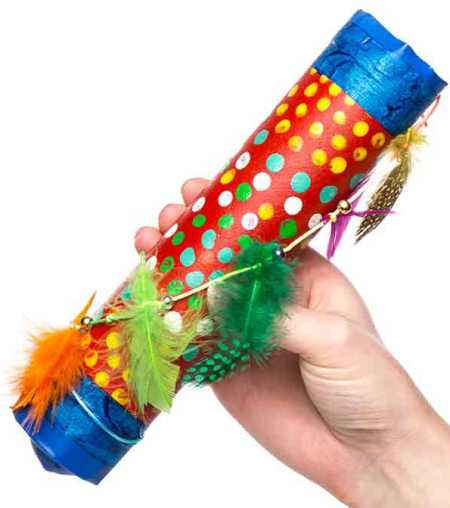 Aboriginal Australians believed that rainsticks would help bring rain to land suffering from drought. These are sticks that make a gentle sound similar to falling rain. These DIY Rainsticks from Baker Ross feature aboriginal dot art and feathers as decoration. 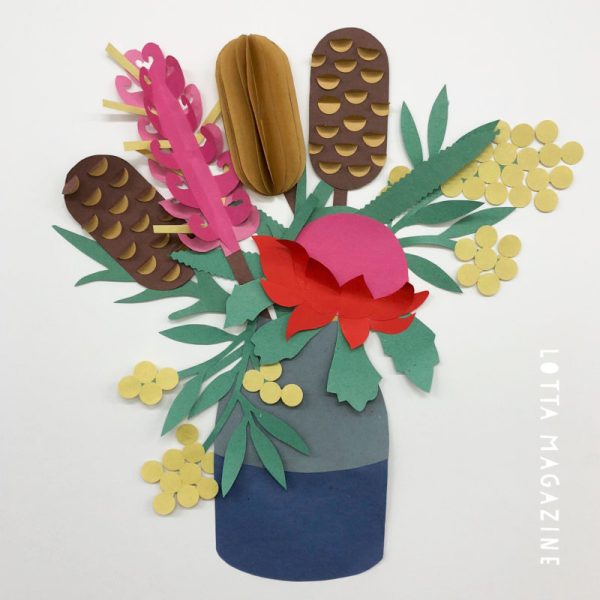 Australia is home to all kinds of gorgeous flowers, many of which aren’t very common in other parts of the world. Lotta Magazine puts in a lot of effort to make paper versions of popular Aussie blooms like Banksia, Grevillia, Waratah and Wattle, and the result is amazing! 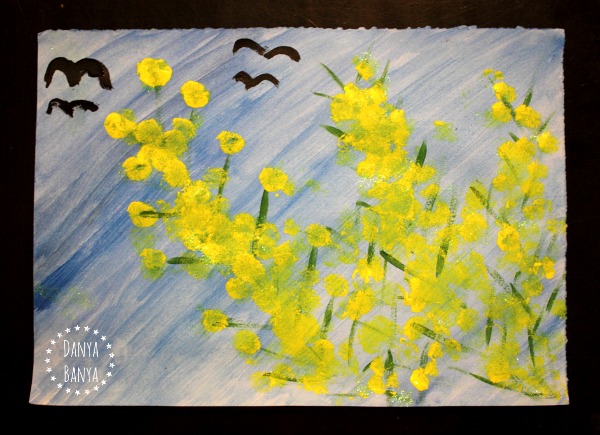 While all the flowers in Australia have their own importance, the Australian Wattle is considered the country’s national flower. Danya Banya celebrates these gorgeous blooms with a fun pom pom painting project. 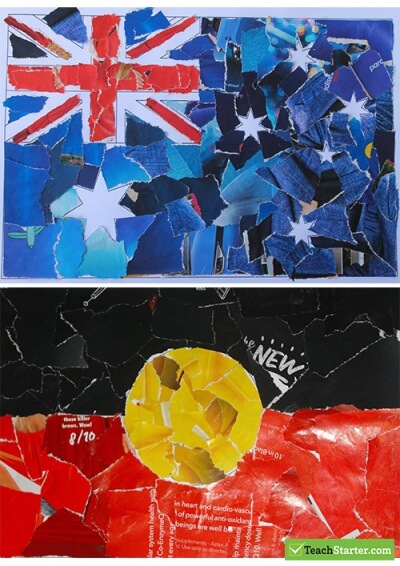 The Australian flag shares many common features with the flags of the United States and the United Kingdom. Not many people know about Australia’s Aboriginal flag, which is also considered an Australian national flag. Teach Starter gives us a project that helps us learn more about this amazing fact. 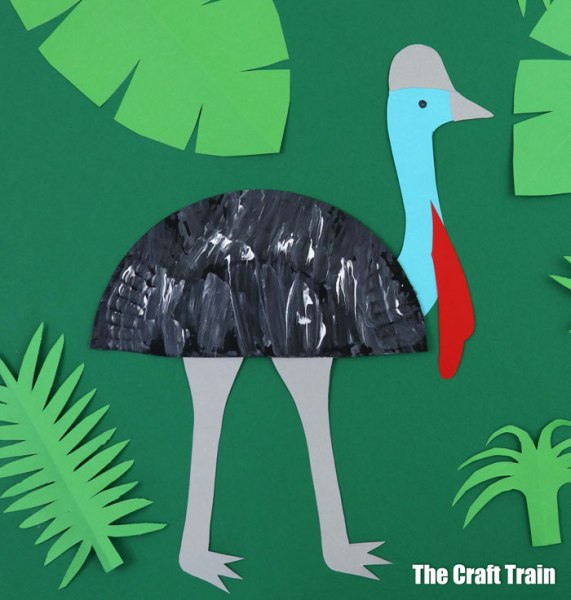 Often referred to as the world’s most dangerous bird, Cassowaries are a common part of Australian wildlife. These birds actually stay away from humans, attacking only when provoked. The Craft Train has a beautiful craft that captures the cassowary in all its glory. 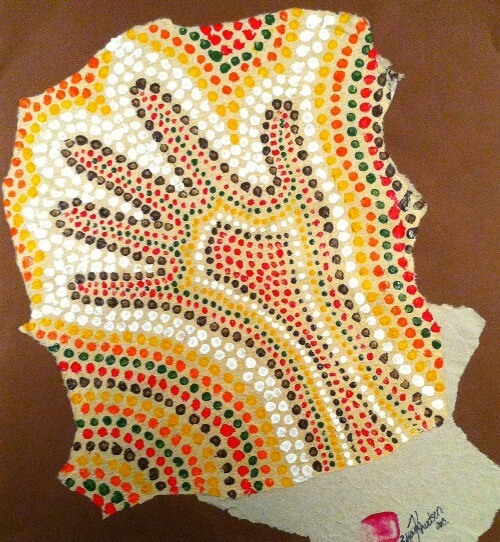 It’s interesting to know how early aboriginals made hand prints – they would hold a mixture of colored water in their mouths, and then blow it over their hands! The handprints were often a symbol of peace and also used as a signature. Tatjana Knudsen shows us how we can recreate this aboriginal art form, using brown paper as a base. 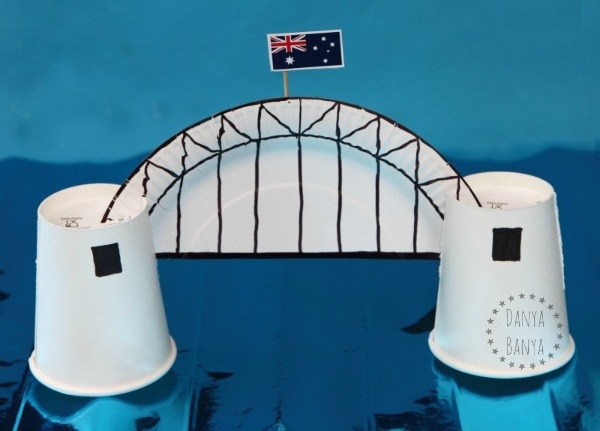 The Sydney Harbour Bridge is one of those constructions that looks gorgeous when photographed, especially at night, with its reflection in the water! Try out your own version of the bridge, with this project from Danya Banya. 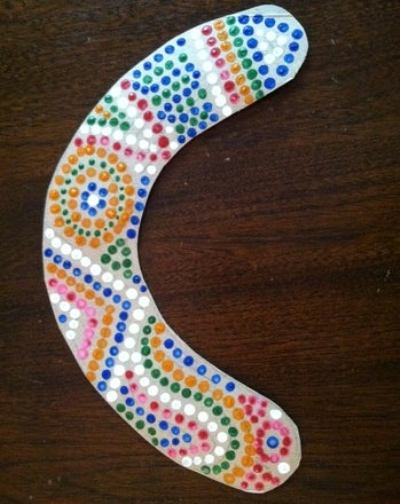 Australian aboriginal people used the boomerang – not for fun – but for hunting! That said, a boomerang is also a lot of fun to play with, which makes this craft from Education.com even better! 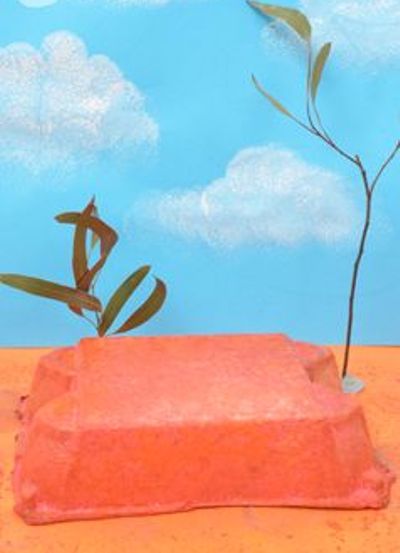 This project from Micador bears quite a striking resemblance to the actual Uluru rock from Australia! This is a huge sandstone rock with spiritual significance and is also declared a World Heritage Site by UNESCO. 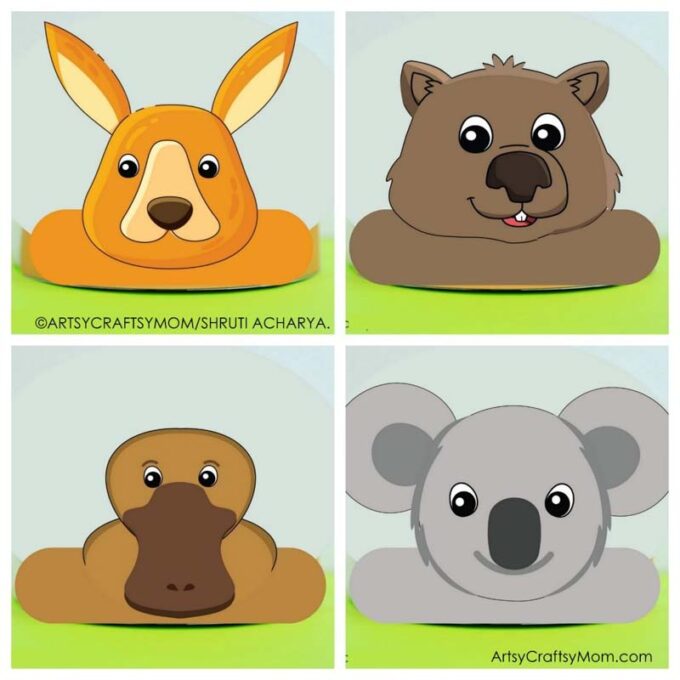 Would you like to turn into a cuddly koala for a day? You can, with this easy-to-make paper crown! This would also work well for a jungle party or an Australia theme party. 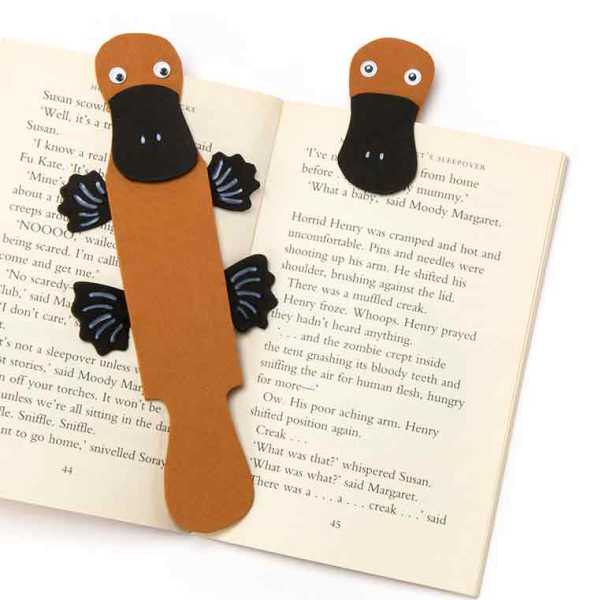 The duck billed platypus is a mammal – who lays eggs! The platypus is an important part of Australian wildlife, and even features on the 20 cent coin! Baker Ross celebrates this animal with a cute bookmark that’ll remind you of Australia every time you open your book. 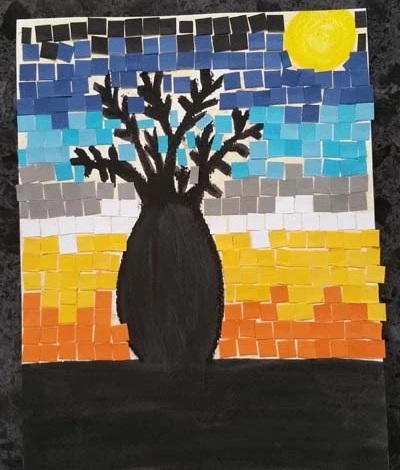 Look at this mosaic art from Simple Living Creative Learning – what do you see? It may look like a vase or bottle with twigs in it but it’s actually a tree! Try out this art project to learn more about Australia’s very own boab tree.

Yes, this is just what it sounds like – bread fit for fairies! Oh Creative Day creates a project that celebrates the sprinkle-topped bread dish of Australia, which is a hit at kiddie parties in the country. 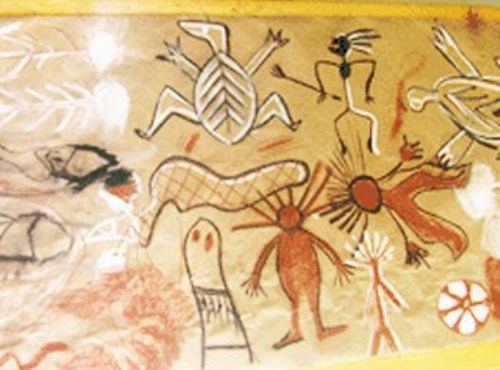 A great part of original Australian art can be found in caves, with some unique and interesting drawings. Check out pictures of Australian cave paintings and then try to recreate them with the help of this project from The Crafty Classroom. 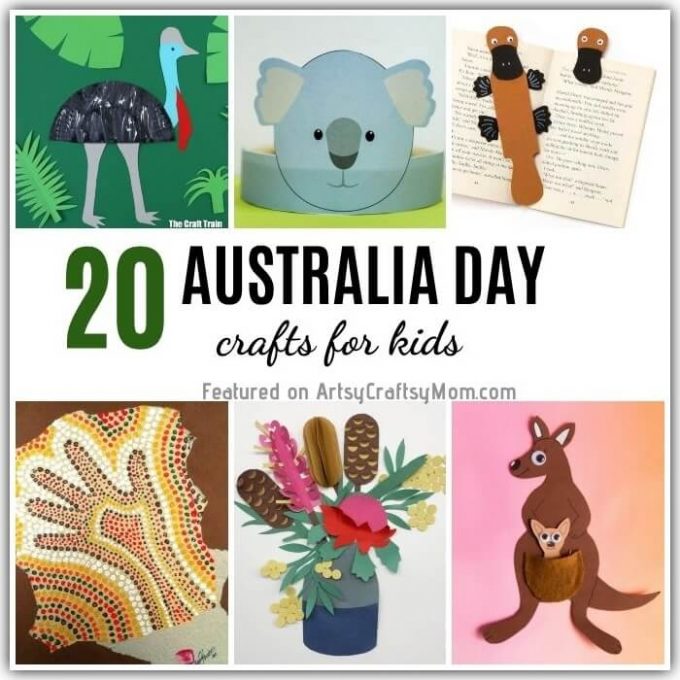 Learning about another country and it’s culture is so rewarding as it is interesting. It opens our eyes to how similar we all are, yet how beautiful diverse at the same time! If you’d like to learn about some more countries, you can check out our posts on Chinese New Year Activities for Kids, Native American Crafts, African Crafts as well as our entire section dedicated to Indian culture and art. 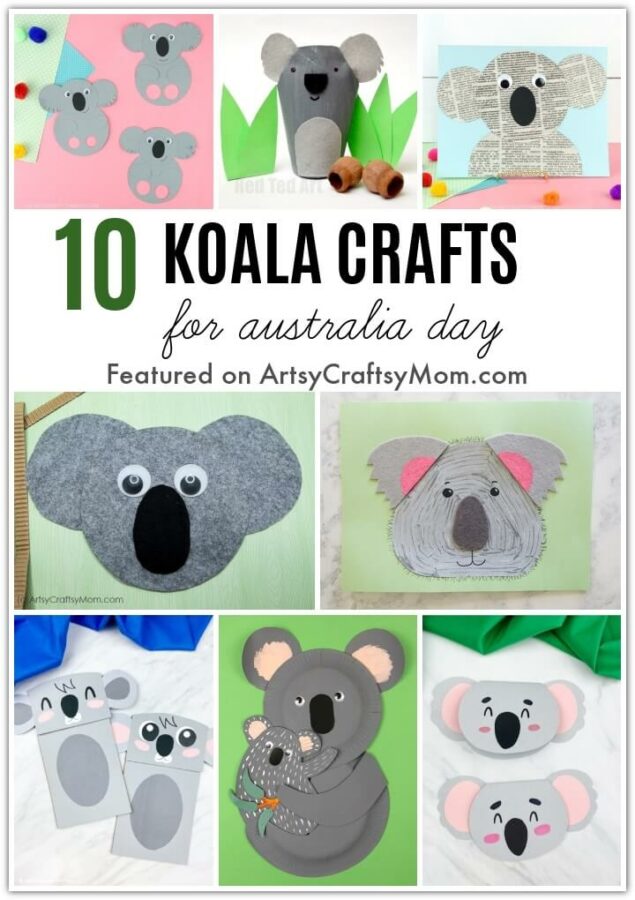 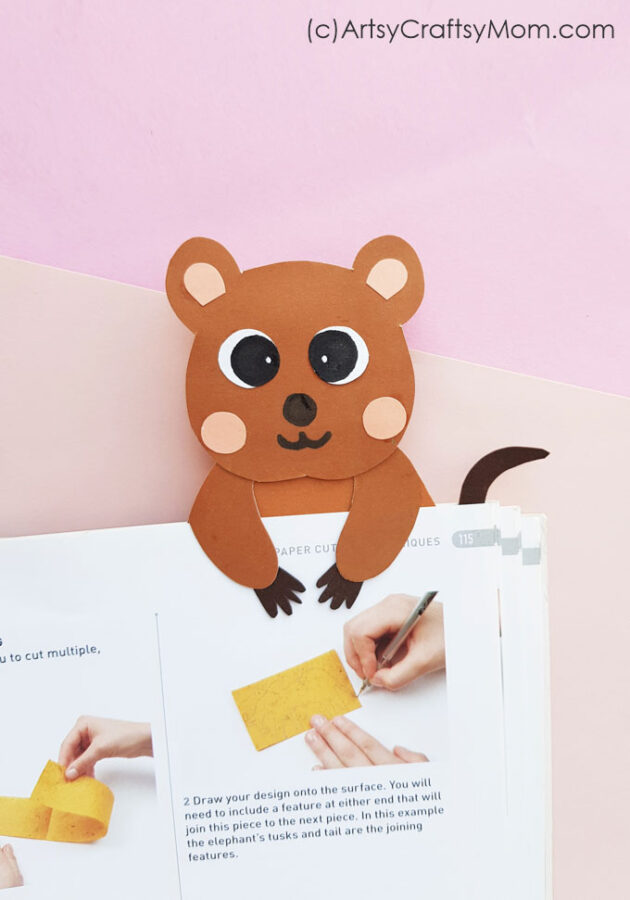 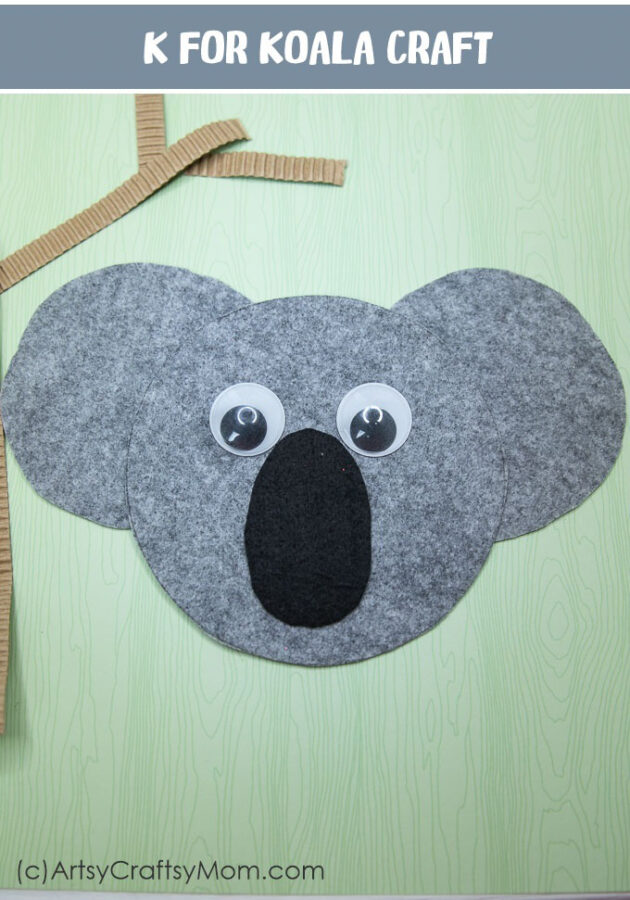 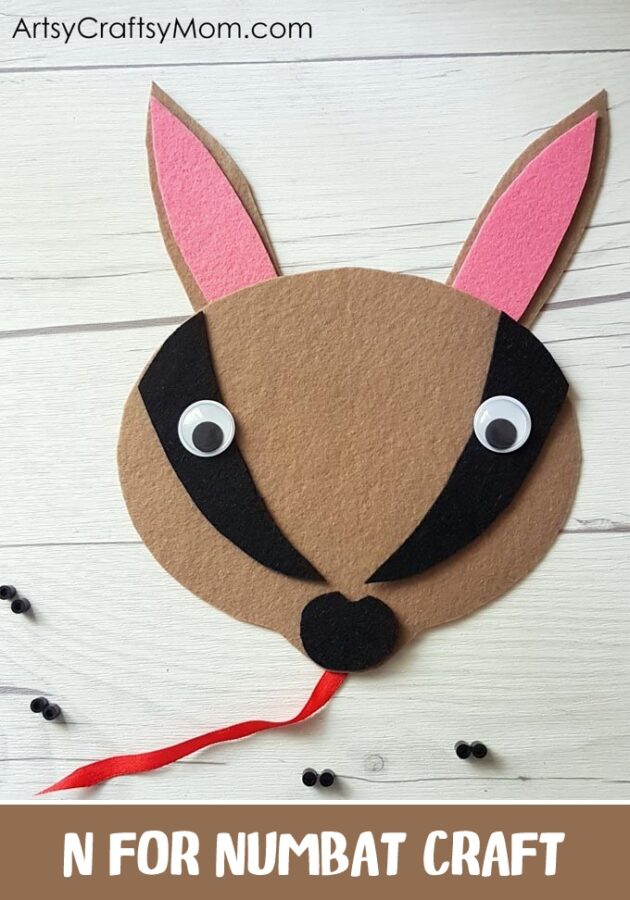